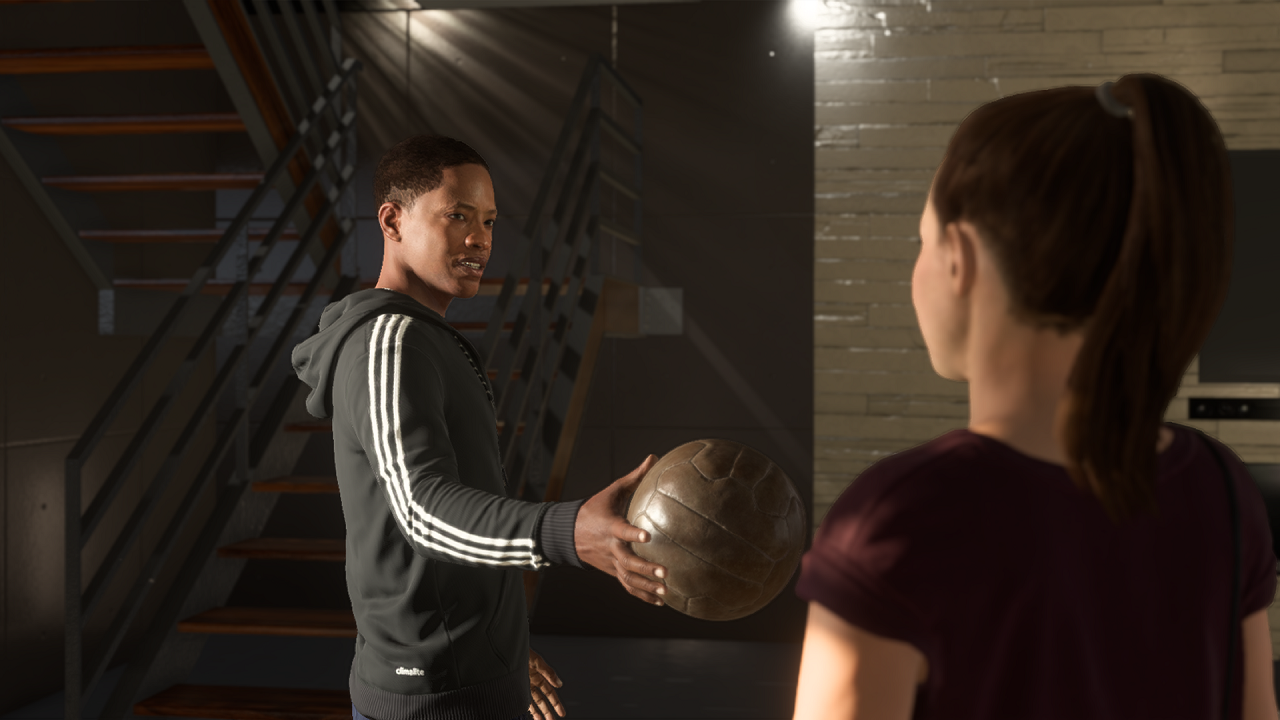 Electronic Arts’s famous football series continues with FIFA 18, a sequel that fans should keep their eyes on. The game returns with familiar modes: Alex Hunter’s The Journey, Career Modes, and the fan favorite Ultimate Team. While there are no unexpected game changer or revolutionary update, players can still find improvements over the previous title.

The Journey single-player mode continues the story of Alex Hunter, who in FIFA 17 made a huge impact in his first English Premier League season, We saw him rise to become one of the most famous athletes in the football scene, but for this sequel we dive deeper into his personal struggles. As someone who did not pump enough hours into the original story, FIFA 18‘s The Journey felt much more fun. Relationships were tested as personal goals piled up, the human drama a good change of pace.

Other than story, The Journey is also one of the best modes for players unfamiliar with the game. Here they can hone their skills and benefit from the tips given during loading screens. There are benefits in performing your very best in each training session as well. The manager, or rather the ‘gaffer’ as they call it in the UK, will have a rating and players need to impress them to join the starting XI (eleven). Perform poorly and you may end up as a sub or reserve.

Yet the story portion of the game were the moments I always looked forward to, where players can get a glimpse into Alex Hunter’s life. The cutscenes were well made but they tend to stop just before the climax. Players also get to choose different options to build a character personality they want, and some of these choices are permanent for the rest of the game.

The first moments in The Journey were the most nostalgic. Our protagonist and his buddy, Danny Williams, were in Rio De Janeiro exploring the country when they came across a bunch of kids playing in a street soccer court. When they joined in, it instantly brought back all those sweet memories of FIFA Street on the PlayStation Portable. It was easily my most memorable part of the campaign.

In between cutscenes and gameplay, players spend time in a menu where they can customize Hunter, spend Attribute Points to increase the character’s skill, read what your virtual buddies are ‘Tweeting’ about, and a few other minor features. I was genuinely surprised that was it; there was nothing much to do other than advance to the next scene.

Getting into the game

There were no radical changes to FIFA 18‘s gameplay but there were noticeable improvements compared to the flaws in the previous title. It felt more responsive than past games, which was a welcomed change after what felt like a series of frustrations. Although there is still that bit of a buffer between pressing a button and your player reacting, I find that I was able to control the ball better and faster, with fewer instances of doing the exact opposite of what I intended. However, much can be said about my poor penalty kicks.

I’ve always enjoyed playing both Career modes more than Ultimate Team, especially player career, where the virtual Garet wins the league title and carries those virtual cups home. There is nothing much out of the ordinary other than the minor changes to the interface and new dynamic visuals.

The game works like how most of the recent FIFA titles work. You get points which can be spent to unlock certain advantages or classic kits, for example. Between matches, players can train hard to increase their stats, resulting in a higher player value and thus better chances of being headhunted.

In the manager career, negotiating to buy a player took an interesting turn. First, you’ll meet the person in charge of that player. You’ll then get to start real-time negotiation, where the AI will strive to get the best out of the deal. Once done, players can proceed to deal directly with the player and their agent about squad roles, contract fees, and many other factors involved in a football club. It kept things interesting and felt more of a manager simulator than before.

Bringing my PS4 back to life

With more time spent in the real world than in a virtual one, I realized that FIFA 18 is one of those games that was perfect for short bursts of action-packed entertainment, and it’s something I look forward to when I reach home. It looks stunning visually and the crowd chants were fantastic throughout. Thanks to this game, my PS4 no longer slumbers every night. EA made sure to refine the flaws that plagued the previous title, and the results of those refinements were visible. All in all, FIFA 18 is something that fans of the series want to watch out for.