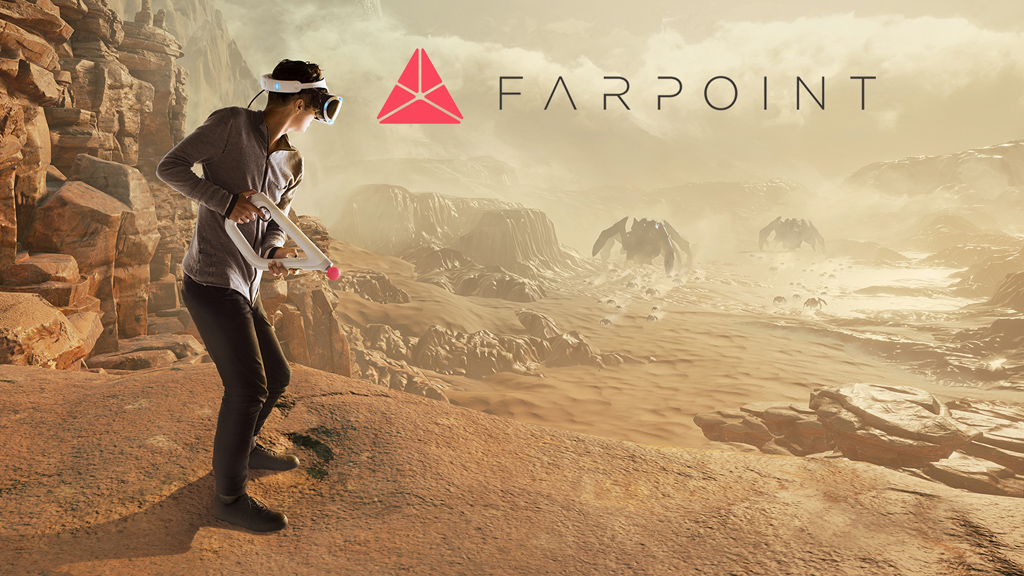 Last year, Sony launched the PlayStation VR after several years of work. Reviews were generally positive, though they carried the pitfalls common to all VR today — the various experiences have some great moments, but a true killer app has yet to emerge. Although we have seen sprinkles of games such as Eagle Flight and Resident Evil 7: Biohazard from Ubisoft and Capcom respectively, since then, the PlayStation VR seems to have lost a bit of steam.

Past PSVR games have been fun, but they provided more fleeting moments than full on experiences that I wanted to stay in for hours at a time. Farpoint looks to have achieved that and more. The caveat here is, of course, that not everyone can go through hours of a VR experience without feeling nauseous, and whether you will enjoy Farpoint’s VR as much as I did can be subjective to how well you take to VR.

I had the chance to play Farpoint with the PSVR Aim controller over the weekend, and I must say I am impressed. This is because Farpoint has a fantastic co-op mode. VR is often played out as an isolated affair, but getting the chance to experience multiplayer on VR is a welcome treat.

Farpoint tells the story of a pair of scientists on an expedition to explore an alien world. As luck would have it, they became stranded on the distant world infested by giant alien bugs (like most distant worlds) after a catastrophe. You can catch the Story Reveal trailer below.

If you are a huge fan of Starship Troopers, then Farpoint’s story mode is standard sci-fi cookie-cutter stuff that lasts between four to seven hours. But the game’s big sell lies in its co-op mode.

With co-cop, you get to choose four levels with an online buddy and features a lot more action than the exploration-focused single-player campaign. Enemies and monsters (including yucky creepy spiders) come at your team in increasingly difficult waves as you progress through a level. Think of it as Horde Mode in Gears of Wars – except the VR and holding a pseudo laser gun elevating your experience.

Impulse Gear also did some little but cool touches to elevate the VR experience further. One highlight is the way you change weapons in-game.

The developer could have gone the easy route by making a weapon change with the touch of a button press, but small little touches like these improve a player’s immersion with the game.

There’s no escaping from talking about the new PlayStation VR Aim Controller. It’s the second half that makes Farpoint such a fun PSVR game.

TL:DR, Farpoint is only fun when you play with the PS VR Aim Controller.

The PS VR Aim Controller feels solid and good despite its feathery weight. The multiple buttons and trigger does give the impression of a mashed up Dualshock 4 and Move controllers, but the PlayStation 4 only recognise it as a standalone peripheral – it doesn’t function as a Dualshock 4 nor as a Move controller. Despite the array of buttons/triggers placements all over the gun, they are quite easy to find despite my vision being hidden by the PSVR headset. 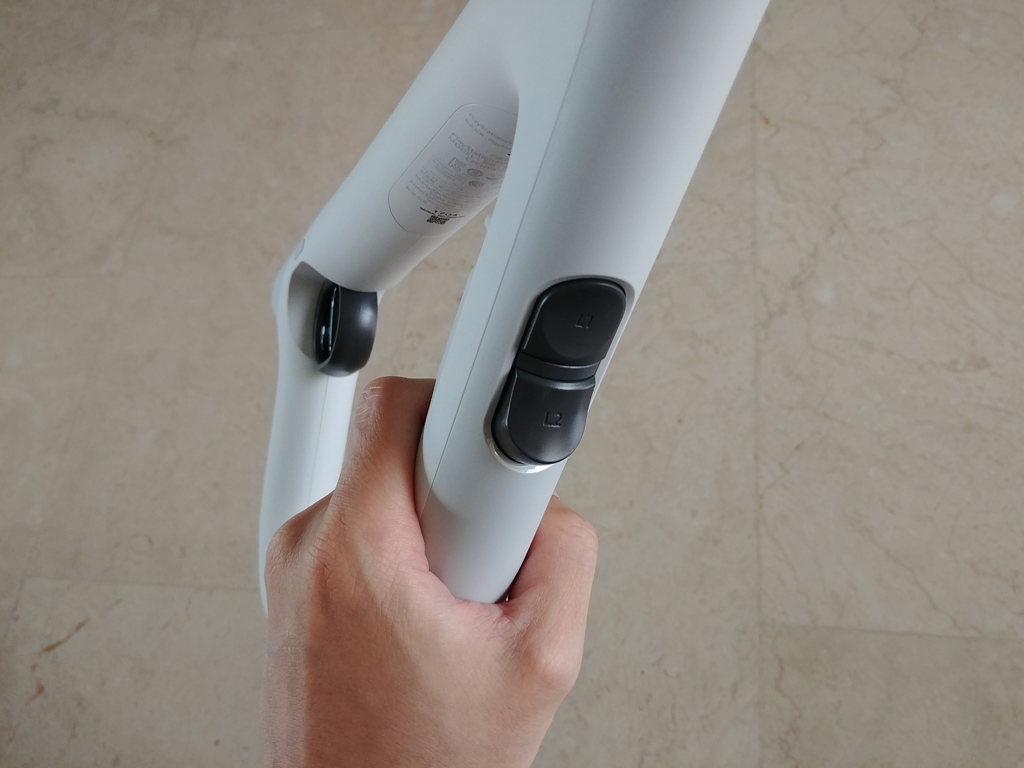 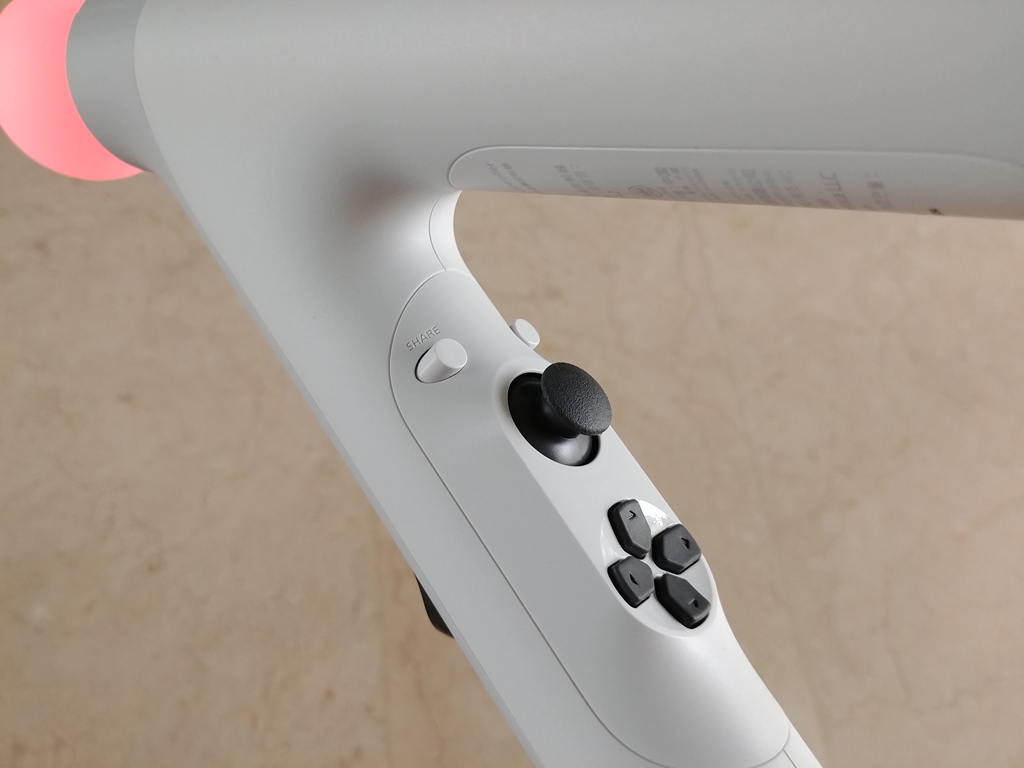 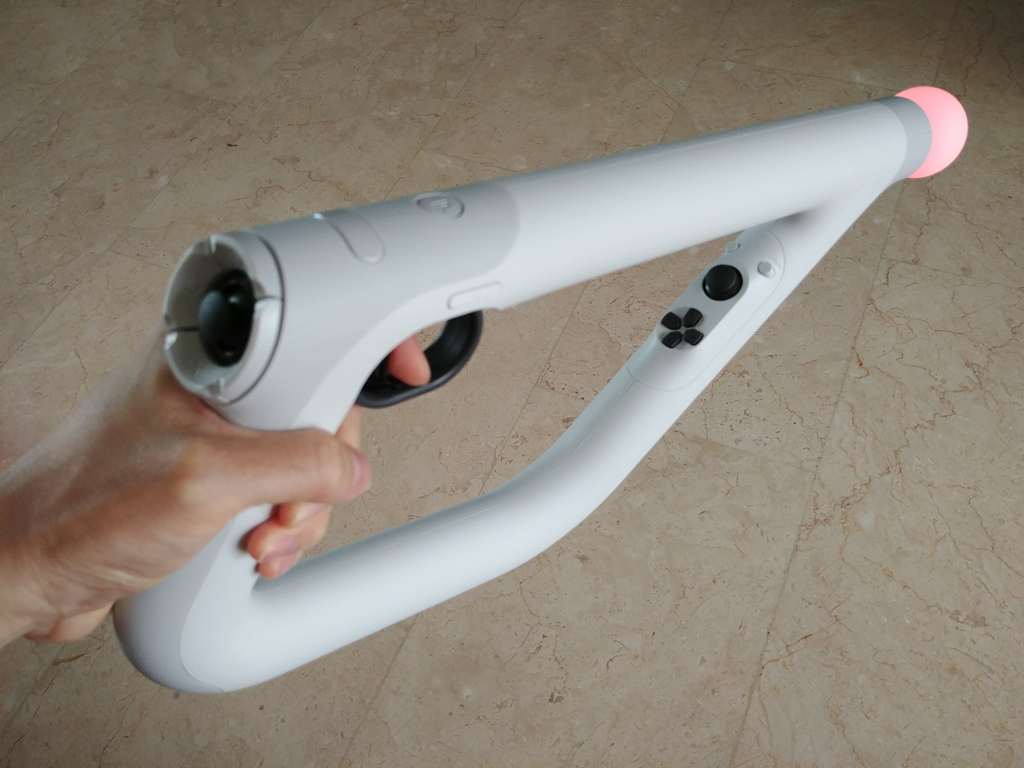 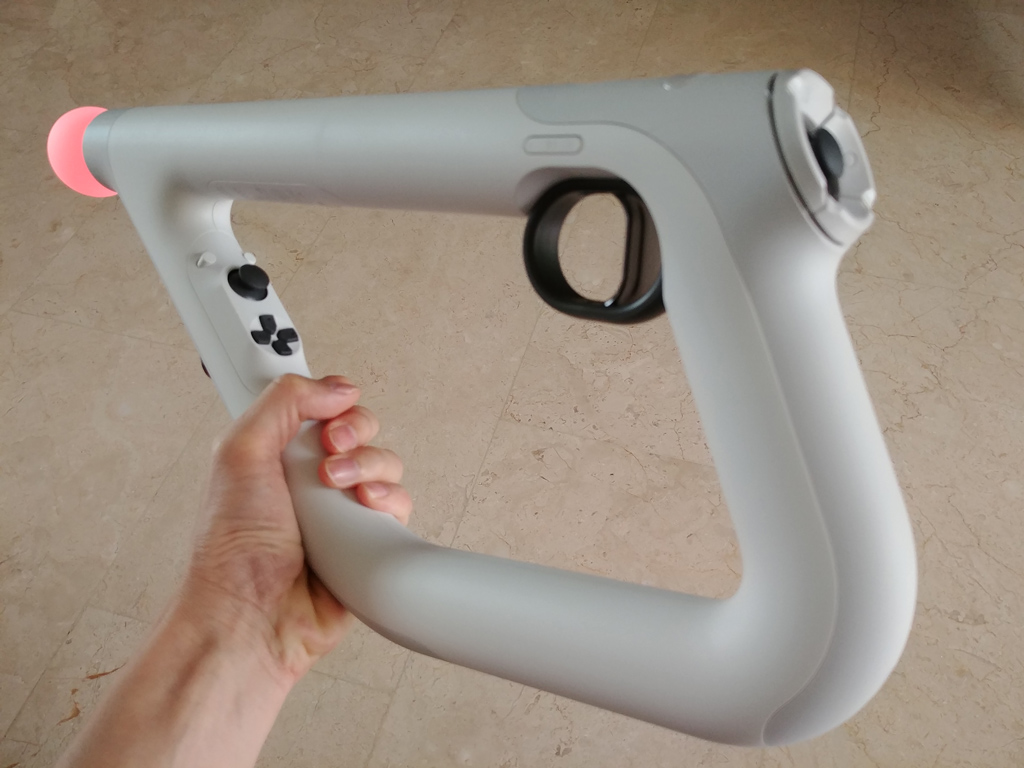 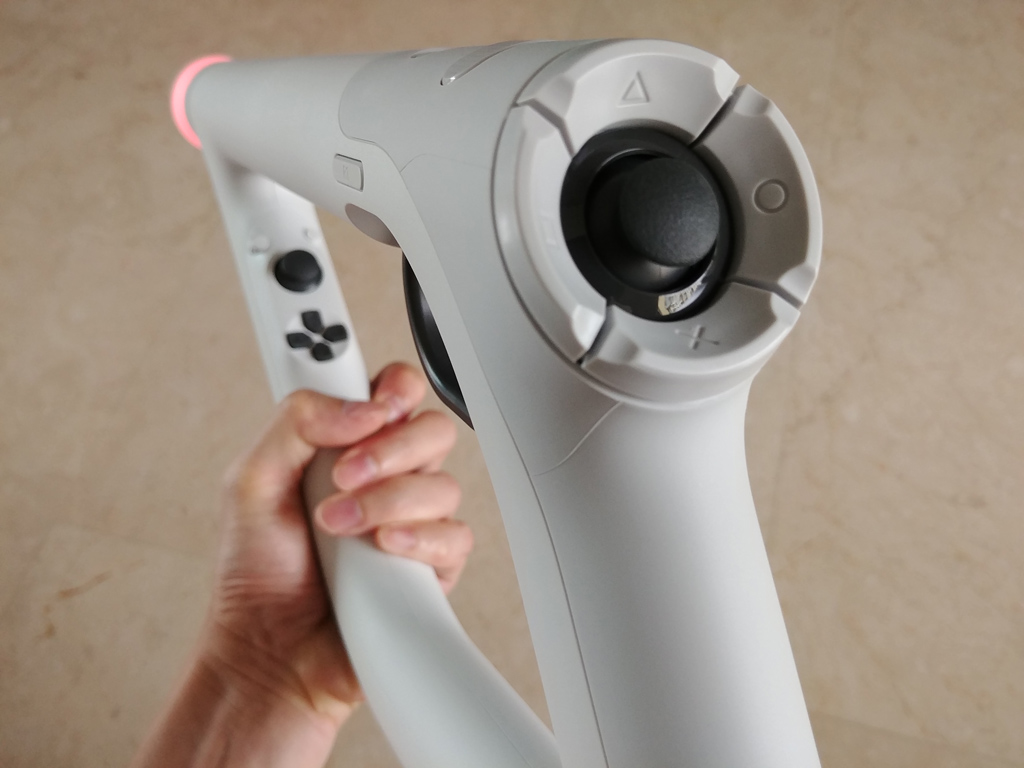 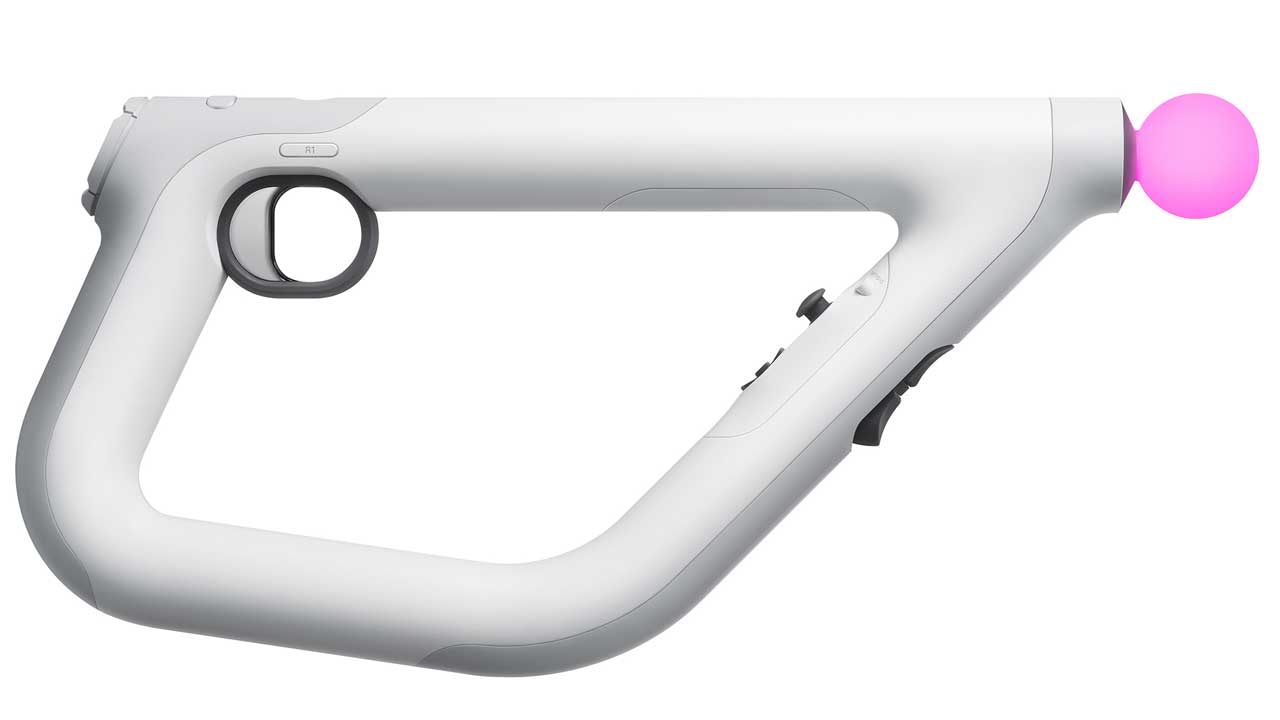 That said, it’s still possible to play the game with a DualShock 4 controller. But the experience, as you might expect, is dampened without the PS VR Aim Controller. The new gun controller is a big evolution leap over its predecessor – the PlayStation Move Sharp Shooter that was released for the PlayStation 3. The downside to all this, however, is the cost. The PS VR Aim Controller is available for S$89 separately (S$129 for the game and Aim Controller bundle). It’s a great accessory to invest in for Farpoint, but Sony will be cautious to not let it become another PlayStation Move – one of the company’s high-profile failed accessories.

The PS VR Aim Controller is only as good as the games supporting it after all, and the irony here is Farpoint being a great showcase of the Aim Controller as much as the latter elevates the gameplay experience of the game. Hopefully, Sony will have some good news for us at E3 in June.

Will I recommend Farpoint and the PSVR Aim Controller to PSVR owners? Absolutely! It’s one of the most fun, engaging and co-op games I have played with the PSVR. Sony and Impulse Gear have churned out a genuine AAA blockbuster for the PlayStation VR, and I dare say the game is already a GameAxis’ “Best VR Game of the Year” contender.  Sony has even committed to supporting the controller with more games in the future.

Now excuse me, while I head back to killing some alien spider scums with my online buddy.