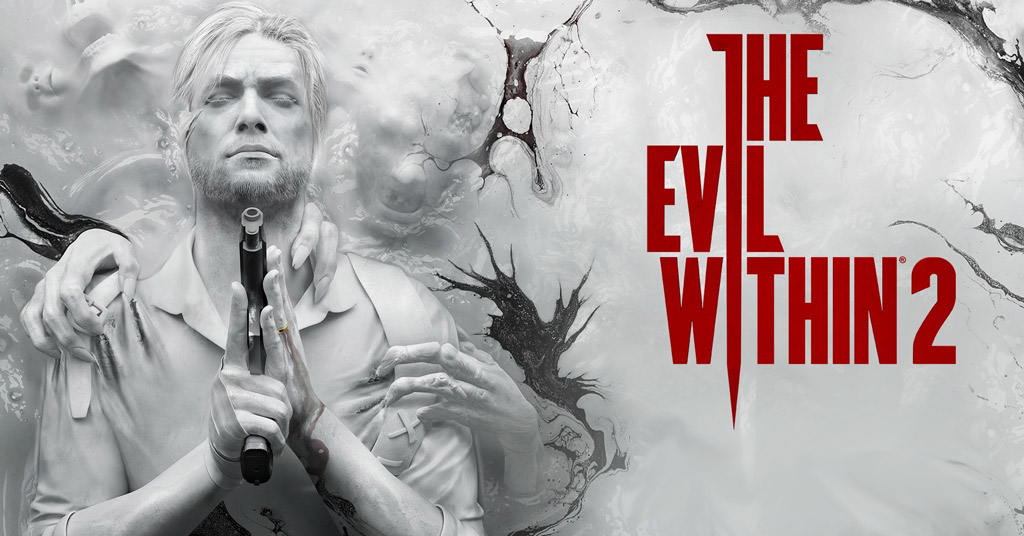 There are very few instances where a sequel turns out to be much better than the already incredible original. For instance, the movie Terminator 2 was mind-blowing, even when compared to the high bar that the original movie had set. Aliens, despite being a totally different genre of film than Alien, not only lived up to the original’s legacy – it took everything great about the first movie and amped it up to eleven.

Now, we can add The Evil Within 2 to the mix. Admittedly, the original wasn’t exactly a classic, but it’s still a good game, especially now that Bethesda’s patched out the questionable letterboxing of the first game that raised the ire of many gamers. That’s great because to truly enjoy Evil Within 2, it’s essential to finish up the original so that you know what the major twist in the game is. I’m not going to say what  that is but the game assumes that you’re already aware of it from the get go and doesn’t shy away from referencing places and characters from the original game.

The Evil Within 2 starts familiar enough in the early part of the game. It builds up slow, setting the atmosphere first before it sinks its hooks into you. The first hour or so into the game, you’ll spend time exploring creepy locales. It’s an excellent slow burn that’s capped with an adrenaline pumping chase sequence, which leads to an even more amazing surprise; The Evil Within 2 is an open-world game now. You can explore the town of Union at your own pace, doing optional quests (that give awesome rewards most of the time) and exploring non-essential locations.

You can still blaze through and focus on the story, but exploring Union is just as fun.  As your resources are precious and hard to come by, even exploring the town can be a thrilling affair. Sneaking around enemies, trying to kill them stealthily without using bullets is challenging but very rewarding. Murdered enemies usually drop items or green gel that are required to upgrade protagonist Sebastian’s skills. That’s right, unlike most survival horror games, The Evil Within 2 has a skill tree. There’s also a weapon skill tree that allows you to upgrade your arsenal with weapon parts. Guns can be upgraded to do more damage, reload faster…even raising critical hit chances so that they can do massive damage if you’re lucky.

In a survival horror game, combat is generally best avoided. However, despite this being one, The Evil Within 2 treats combat with golden gloves. You will WANT to kill the monsters in-game as that’s the only way Sebastian gets stronger (remember the drops we mentioned earlier?), but you will also want to do it in a way that best doesn’t waste resources. It’s been ages since a good survival horror game came along and The Evil Within 2 is a gem in the genre.

On a PlayStation 4 Pro, the game runs like a charm. There’s no noticeable slowdown or frame-rate issue, even during hectic in-game moments. True, the game isn’t that much of a looker and most of the environment is static but it’s still nice that it manages to maintain a stable frame rate.

However, the audio aspects of the game are severely disappointing. The worse offender must be the voice acting, especially from the actor portraying the Sebastian. His lines aren’t delivered naturally and just sound stilted. It’s not as bad as Resident Evil on the PS1, but it’s still terrible, especially when considering the high standard of voice acting we have today.

Additionally, it seems like there’s constantly some element of the game that likes to block what the player can see. In the first game, it was the silly border bars that ‘supposedly’ made the game feel movie-like. It was only until after many fans’ feedback after that Bethesda relented and gave players the option to remove the bars in an update.

The Evil Within 2 has no border bars (luckily) but it does have something just as irritating; Sebastian blocking the view of a quarter of your screen. Since the game gives player a third-person view, the camera is always stuck behind the character. The problem here is that the camera is too close to Sebastian, making it so that he appears huge and blocking the lower left part of the screen. You can barely see anything in that part. God help you if an enemy gets in close. Like the border bars, this can be easily fixed by pulling the camera out more, so hopefully Bethesda patches that in soon.

For a sequel nobody really expected, The Evil Within 2 is an incredible game even on its own. It successfully builds on what was established in the first game and supersizes it. Everything in the sequel is bigger, badder and better…well, nearly everything. Sure that are some minor issues that detract from the experience, but if you’re a survival horror fan who loves games such as the original Resident Evil or Dead Space, you will love The Evil Within 2.

The Evil Within 2 (PlayStation 4) was reviewed on the LG OLED C7 Television.

Sal's just your average hardcore gamer. He started gaming on the NES in the 80s and has been ever playing since. Sal doesn't care about which platforms games are on, only that he wants to play them all!
Previous post New ASUS ROG Strix Fusion 300 headset takes aim at comfort
Next post Steam’s Halloween sale coming this weekend