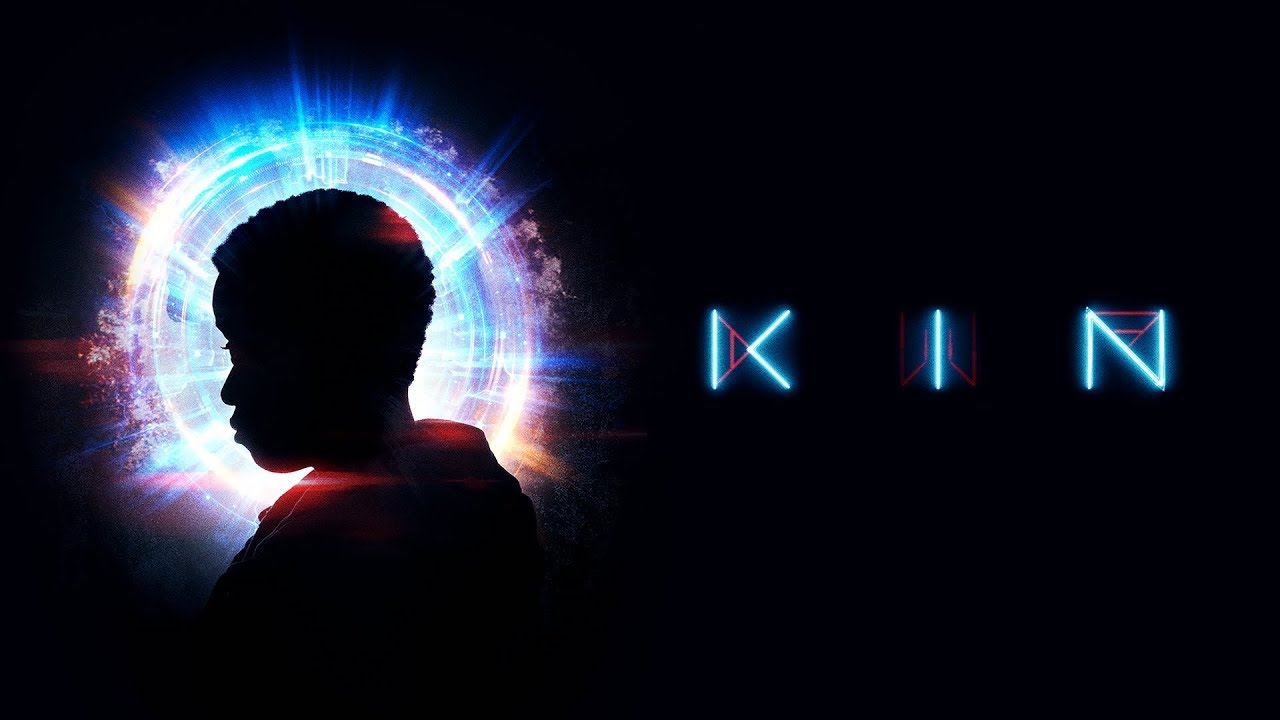 KIN was originally a short film called “Bag Man“, directed and written by Josh and Jonathan Baker, and is a science fiction thriller about two brothers on the run. The film as a whole was an absolute mess; it was a Frankenstein’s monster of scenes stitched together in a semi-coherent plot. But the minute you look at it carefully, the whole thing falls apart. The only way I can describe KIN is that it is aKIN to the pun I’m making in this sentence. It has good ideas that could have worked, but it fell flat in its delivery.

The movie starts off gun blazing, literally. The first few minutes showed us a firelight between helmeted figures duking it out with energy weapons. The story then follows that of Elijah (Myles Truitt), an adopted teenage boy making his way through a life of struggle and hardship with the decaying Detroit as a backdrop. Suspended from school and spending his free time finding scrap to sell under the ever disapproving gaze of his stern widower father, Hal (Dennis Quaid). Eli clearly wants more in his life but things quickly go downhill when his brother returns from prison.

Jimmy (Jack Reynor), Eli’s brother, tries to settle the debt he had incurred for protection in prison by allowing the crimelord, Taylor (James Franco), to break into his father’s company and steal from the company safe. Unfortunately, the father walked in on this and was shot. In the resulting scuffle, the crimelord’s brother was also shot in the neck before eventually succumbing to the wound. This leads Jimmy to flee from the state with his brother along with the money from the safe. Vowing vengeance, the crimelord pursues Jimmy. All that family drama is interspersed by two scenes in which Eli breaks into an abandoned building to find the blaster amongst futuristic geared bodies and one where he returns to recover the gun. This in turn puts said futuristic geared people hot on the heels of Eli as well.

One of the most significant problems is that KIN markets itself as a sci-fi action movie, but it was directed as a story about family. KIN tries to be both but fails to be either. If you replaced all the scenes with a regular gun instead of an alien blaster, you could hardly see the difference. That makes the sci-fi element of the film redundant and distracting to the human story.

Although the acting itself was decent, it was impossible to empathize with the characters because of how poorly they were written. Jimmy felt like a sociopath with his superficially charming ways and the utter lack of emotional response to getting his father killed. After fleeing from their home, the movie proceeded to have scenes after scenes showing the brothers bonding even going so far as to go to a strip club with a 14-year-old. Every scene involving Jimmy just made the character extremely unlikable with one stupid decision after another.

The movie also decides to introduce a new character in the middle, Milly, whom they met at the strip club. A strip club which Jimmy wrecked by starting a fight with the club owner and was only saved by Eli and his blaster. Milly then decides to join the duo and is instantly loyal to them. She also encourages them to rob the club owner because Jimmy forgot his money at the club and he wants it back. The worse part of this, Milly had no significance after that other than being a sister figure for Eli.

The most ironic thing here was how Taylor felt the most human out of all the characters, and he was a caricature of a villain. His over the top bouts of psychotic outbursts felt more like an expression of grief while our protagonists merrily spend ‘their’ money on strippers and suites in a casino.

If that is not enough, the pacing of the movie is agonizing. The characters felt flat after the first 30 mins, and by the time the action came in at the end of the film, the damage had been done. I felt no attachment to any of the characters nor was I engaged. All the setup and moralising went out the window in the second half of the movie. That’s not even talking about the trauma of vaporising people for a 14-year old.

KIN leaves more questions than it answers and not in a good way.  It makes one question the mechanics of the story and why things happened the way it did. The only redeeming factor for KIN was how visually compelling it was. It was pretty when the effects came in, and you can tell they spent all of it in the last portions of the movie. The movie was well shot, and the individual scenes were often very well composed. That, however, does not save a film from bad writing and directing.

Jimmy is in a way a reflection of the Baker Brothers and KIN. It was just one bad decision after another that ultimately ended up with Jimmy going away for a long time. KIN leaves nothing but wasted potential and a steaming mess of a movie.

A bullet fired is better than two in the chamber
Previous post GAX Deal Alert this week: Razer Thresher Headset, Humble Summer sale, The Witcher series and so much more
Next post Review – The ROG Strix Fusion 700 is a comfortable and stylish gaming headset