Home / Reviews / Movies / Review: DreadOut is a horror movie, minus the horror

Review: DreadOut is a horror movie, minus the horror 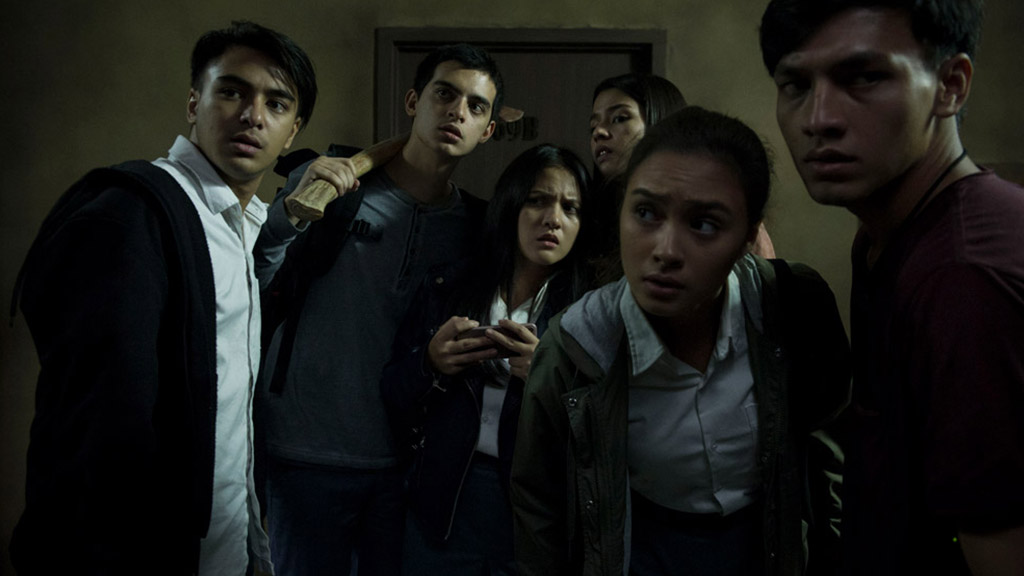 Maybe videogames just shouldn’t be made into movies.

One would think filmmakers would have learned that by now, but here we are at the umpteenth half-baked film adaptation of a videogame. This horror flick has its moments, certainly, but they are few and far between, buried under hammy acting and a script that seems content with rehashing tired horror movie tropes and clichés. It’s a true testament to the lack of originality that plagues the horror movie scene these days, and doesn’t even arrive quickly enough to capitalize on its counterpart game’s popularity; being 4 years late to that party.

For context, DreadOut is an Indonesian horror movie based on another horror survival game released in 2014 that shares its title. Ever since its release, some DLC has been released for the game and it appears to have gathered a small cult following in Asia. Pewdiepie covered it soon after the game’s release, bring the title to mainstream players worldwide. It’s no surprise then, that the movie has enjoyed financial success in Indonesia after its debut in January this year. The movie reached Malaysian shores on 18 April. 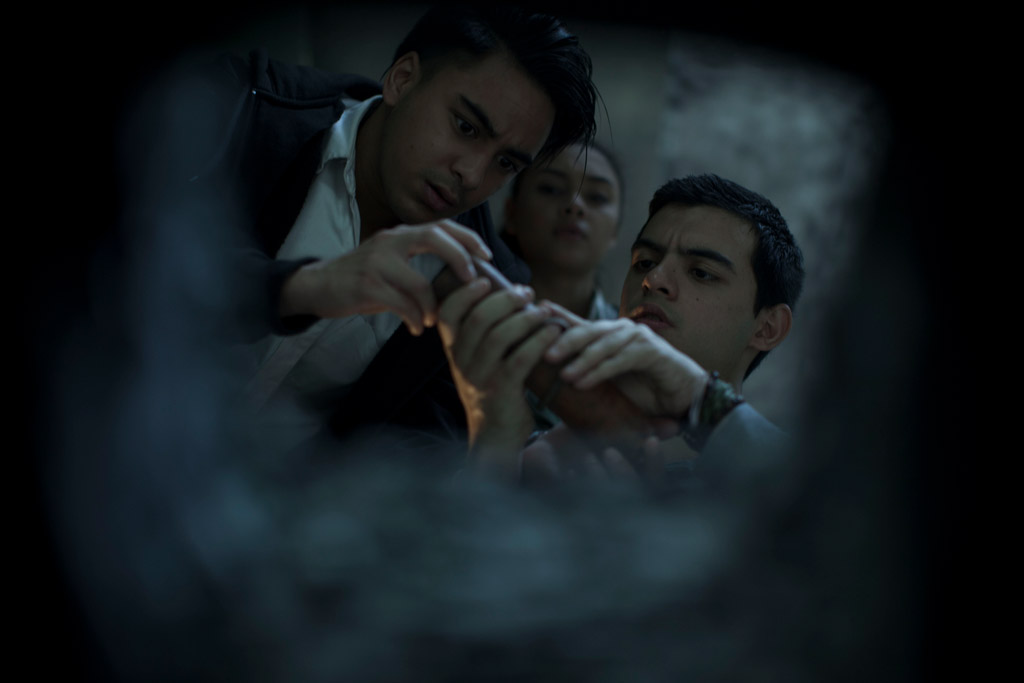 This movie adaptation follows the storyline of the game very loosely, expanding more on its DLC component. It follows five high school students who visit an abandoned apartment to shoot some videos to ‘go viral’, in their words. While scouring one of the more forbidden areas in the apartment, our protagonist Linda unknowingly reads a cursed mantra that opens a mystical portal to another realm. If that sounds like a rather flimsy premise for a movie, that’s because it unfortunately is.

Let’s begin with the things this movie does right. Having seen some gameplay of DreadOut, I was pleasantly surprised to see how much of the movie follows the main story beats of the game. A couple scenes even seem to be lifted directly off the videogame for the movie, and I actually quite liked that. So many videogame adaptations tend to irk me by choosing to do their own weird thing, leaving the end product of the film virtually unrecognizable from the game it’s adapting from. It’s not a bad thing to attempt an original story, but if you’re adapting a story from a videogame, originality is already out the window to begin with. Why not go the whole way and give fans of the game what they want?

In that respect, DreadOut certainly delivers. While the original game had more variety in their ghosts and scares, the movie does manage to bring some of those ghosts to life on the big screen. It certainly does them justice, as well. Some of the CGI used is questionable, but the practical effects were quite impressive for the small budget I must assume this movie had going for it. 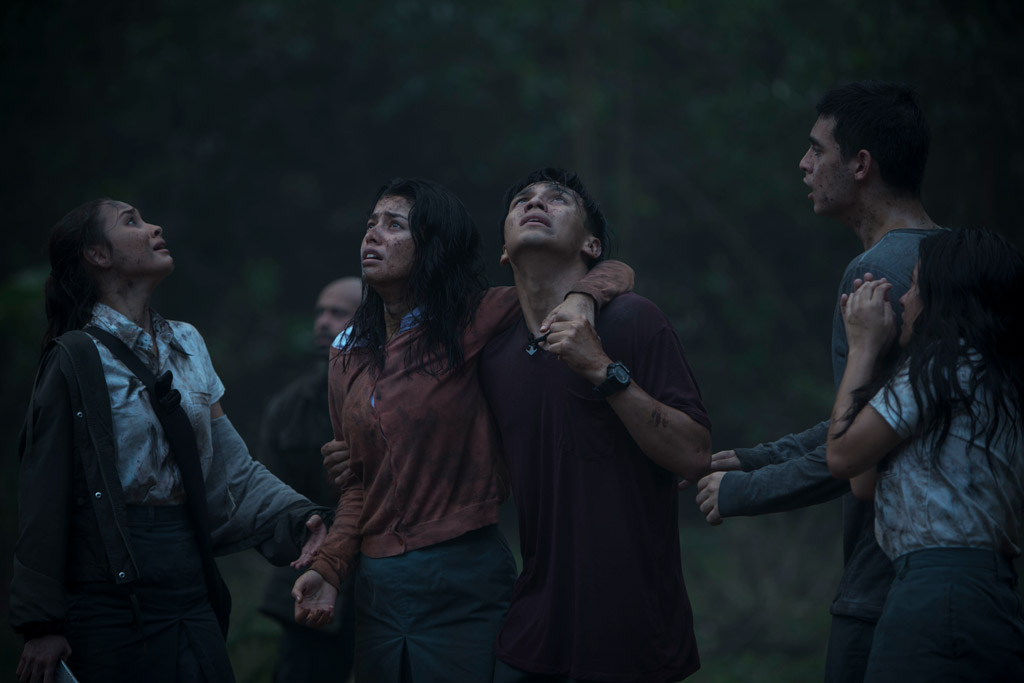 The main game mechanic of its source material is present here as well, with Linda using her phone camera to repel ghosts. The movie tries to justify this by telling us that the flash from her phone combined with her unique ‘abilities’ allow her to do this, but it never really makes sense. The viewer has to swallow the fact that taking pictures of ghosts somehow kills them and move on. Although it’s a unique way to take down ghosts and other manner of creature in this movie, it never really makes sense and veers on the silly side.

Another positive of this movie is how it handles Indonesian horror lore. This is a purely subjective opinion, but I feel like this is where most Asian horror films have American ones beat. Asian films tend to be deeply rooted in cultural fears and ghost stories, lending most of them a familiar, chilling atmosphere. DreadOut shines when it’s slowly peeling back the lore of the story’s central demon that plagues Linda and her friends, the Hantu Kebaya Merah. It never quite shows enough to sate my curiosity, but there’s enough there to keep the audience’s interest. The set design at times is top-notch, especially when a certain temple comes up in the story later.

Now, onto the negatives. The script, while commendable for sticking to the game’s story, is the movie’s undoing. The production values of this movie are entirely serviceable, but the story running underneath it all doesn’t hold water. The movie constantly has to justify to its audience why none of the characters’ actions ever make any reasonable, logical sense. My forehead stings from how much smacking I gave it while watching every character in this movie make the dumbest, most unreasonable decisions they possibly can. It never occurs to anyone that they could run out the room, until the door closes. It never occurs to anyone to call the police, until there’s no signal. It never occurs to anyone to get help, and when they do, the help is just as dumb as they are. 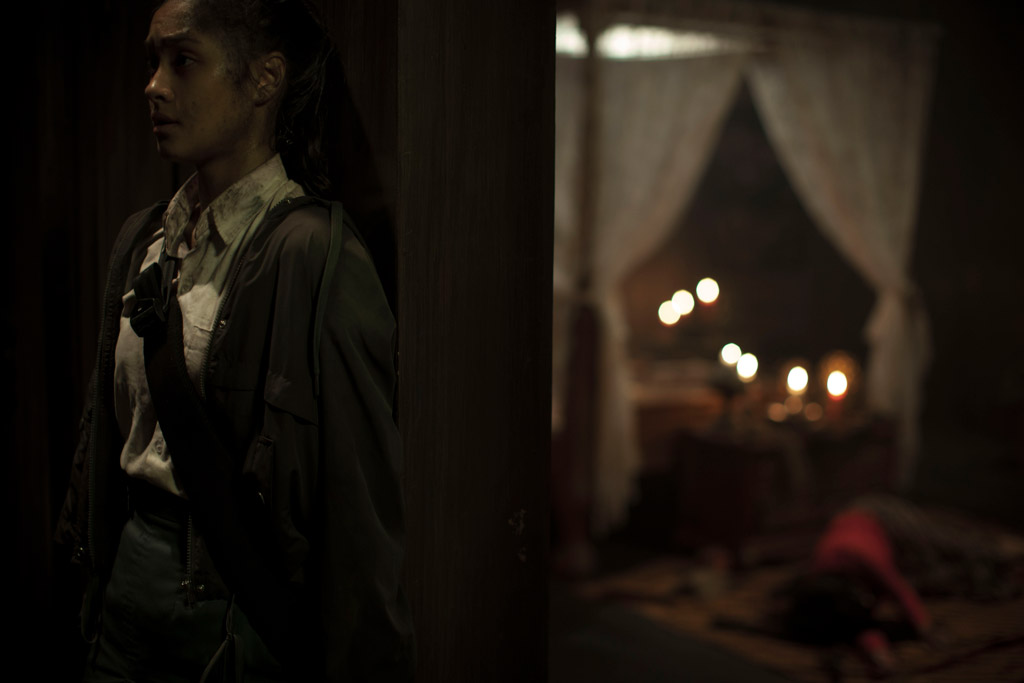 It truly astounds me that horror movies never seem to care about their main cast of characters. These are the people the audience has to connect to. We have to care when they’re in pain, we should scream when they die. This movie didn’t once come close to making me care if anyone lives or dies. There were barely any stakes, because at almost every opportunity, the characters did something stupid and paid the price for it. Why should I care if a couple of teenagers go into an abandoned apartment, recite an ancient mantra and summon an unholy spirit? Honestly, at that point, let’s just allow nature to run its course. Curfews exist, and they’re to keep teenagers from summoning ghosts at night. We all know that.

Linda, the main protagonist, is somewhat sympathetic in her role. She’s always trying to tell everyone to do the right thing, stop summoning ancient evil spirits and the like. Unfortunately, this makes her a Mary Sue, as unlike the other characters, she just doesn’t have any flaws. She isn’t interesting, only mildly relatable. The rest of the cast weirdly serves as a cynical view of how this movie thinks teenagers act in modern society, living life for their social media accounts and bullying each other for fun. They’re not particularly interesting, and you won’t really come to care when they stumble onto danger.

Scares are also underwhelming in this horror movie, with tension reduced to a dull roar in the background as characters fumble about on screen as if they’re in some sort of comedic stage play. There is no sense of agency in this movie. Characters are just shuffled back and forth to where the story requires them to be. A half-hearted twist is thrown in at the end, but the story fails even there, not willing to dig deep enough with the twist for it to matter at all.

DreadOut is a film with lots of potential squandered by a disappointing script. The direction cast and Indonesian lore in this movie are almost great, but they don’t quite make up for a bad script. Great appearances by classic local ghosts like the Pocong and Hantu Kebaya Merah could have made this an entertaining watch, but the film is dragged down by a lack of tension overall. The movie could’ve been better, but it’s not a bad take on the videogame itself. For better or worse, fans might be pleasantly surprised to see much of the original game’s story remains intact, despite a few tweaks here and there. 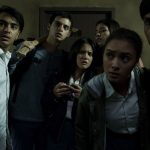