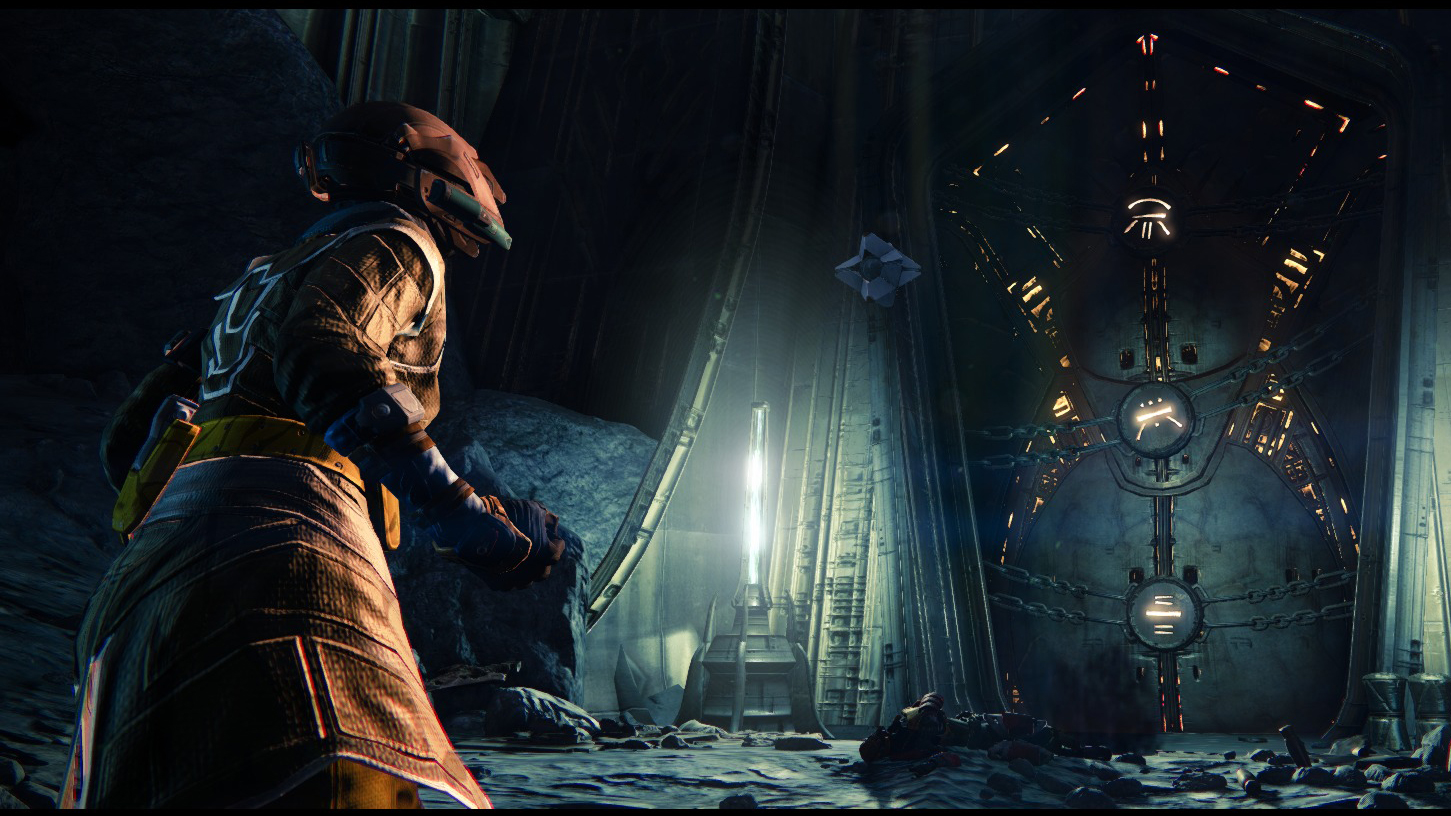 One decade later, Bungie finally breaks away from the Halo franchise to bring us Destiny: an online, first-person sci-fi shooter that promises to be alive in the way MMOs are. Now that it’s out, however, all we’re left with is the sting of disappointment.

Like many of its peers rushing to dazzle a new console generation, Destiny suffers from what feels like a premature release. For all its visual splendour and large environments, the game rings hollow when it comes to actual content. One complaint you’ll hear from critics and players alike is the repetitive nature of the campaign, and this flaw is easily noticeable within the game’s early moments.

What at first appears to be a vast plot of land, ripe for exploration and adventure, simply turns out to be the staging ground for multiple missions. Retreading the same area wouldn’t be as bad if difficulty ramped up in subsequent missions – the enemy now aware of our presence in that area, for example – but the spawn points and enemy distribution remains the same each time, blissfully oblivious as most A.I. are.

The mission objectives don’t help either, as all you ultimately do is shoot down patrols and groups until either a bigger enemy appears or your Ghost companion gets to scan something. Now that isn’t a fair complaint against a shooter but Destiny manages to make it boring due to its recycled levels, poor exposition, and predictable enemies. Sometimes you’d run into higher level mobs you definitely can’t kill, but all they do is to prevent you from wandering off-course, conveniently disappearing when your path takes you back.

Unfortunately, feeling walled-in is just something you’ll have to get used to. Each player gets their own personal ship but it’s nothing more than button prompts and loading screens. The Tower, your mission hub, plays host to a small amount of vendor and service NPCs, all standing around with barely any trace of personality. Rather than being a home city this is nothing more than a checkpoint, making you wonder what exactly it is you’re protecting.

And wonder you will, for there’s little that Destiny offers in terms of storyline. As one of the Guardians tasked with defending the last standing city on Earth, you’re thrust immediately into service with nothing more than a bit of history, your deadpan Ghost, and your new-found powers. What follows are bits and pieces that do nothing to spark further interest. Even if they do, such as unlocking lore, you’re forced to log on to their website to read them. It’s a hassle when presented as the only option and does nothing to encourage player investment in the game’s universe.

Yet the most puzzling of all has to be Destiny’s player system. For a game wanting to populate its servers with thousands, there’s actually very little going on outside of the jumping, waving and dancing. There’s no mention of how to form a fireteam or interact with another player other than exploring the controls menu, neither is there a global chat function. This makes participating in random world events entirely up to chance, as nobody can announce the location when it actually does happen.

(For the record: Directional buttons for emotes and push right thumbstick to inspect player.)

Even so, there’s not much to do when running into other players when out on a mission. You could wave and stick around to help, or form a fireteam if you’re lucky, but chances are they’re just another passer-by during your journey. The lack of direct support skills such as buffs or healing makes it so that everyone is out on their own business.

The real star of Destiny here is its PvP, called Crucible, honed by Bungie’s years of experience with Halo. With Crucible-only bounty rewards it’s perfectly possible to spend the majority of your time in the fires of skill-based combat. Unlocked at level five, there are six different modes across eleven maps for the player to try out, and it’s easy to see this taking up the FPS crowd’s attention until the next Call of Duty releases in November.

Had Destiny been marketed for its competitive multiplayer alone then this review would have read differently. As it turns out, most were led to believe that this was an open-world co-operative romp like Borderlands, only much larger. I dearly hope that will happen in the months and years to come, considering Bungie’s 10-year publishing deal with Activision. The combat on its own is great fun and the in-game universe, with its four hostile races, holds great potential, but given our expectations, Destiny is pretty much a lifeless rock.

Destiny is a first-person shooter developed by Bungie and published by Activision, available for the Sony PlayStation 4 and Xbox One. A copy of the game was provided to us for review.

Ade thinks there's nothing quite like a good game and a snug headcrab. He grew up with HIDEO KOJIMA's Metal Gear Solid, lives for RPGs, and is waiting for light guns to make their comeback.
Previous post This Week on PSN Asia (7/10): DRIVECLUB, NBA 2K15 & October's Free Games
Next post Kingdom Hearts III Switches To Unreal Engine 4