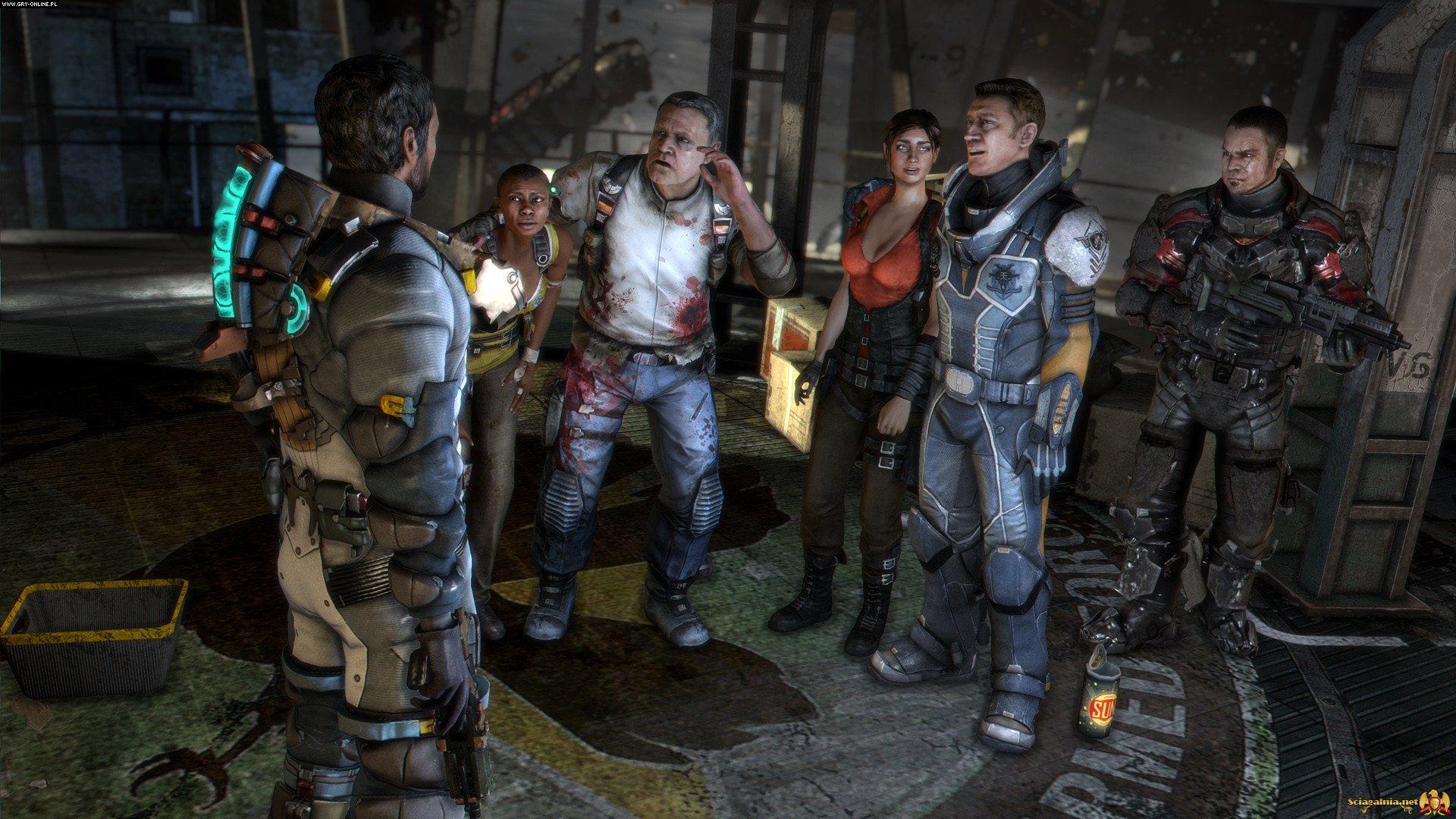 What would you do if the last of humanity’s hope lies in your hands, while being hunted by the reanimated who come ready to claw and tear you limb from limb?

Dead Space 3 is the third instalment of the Dead Space franchise that takes place after the events of Dead Space 2. You play the hapless Issac Clarke who has gone through a bit too much for an engineer’s day’s work, in-hiding and wanting nothing else more to do than to stop talking about Markers. Well, it’s too bad that two soldiers barge into his apartment and grab him to help find his girlfriend Ellie and her missing team last seen around the ice planet Tau Volantis.


PREVIOUSLY ON: DEAD SPACE
The story so far…
A Black Marker was discovered by one Michael Altman, whose discovery and subsequent assassination spawned the underground religion of Unitology who revere the Marker. Human exposure to the markers cause humans to be infected with an alien virus and turns into Necromorphs upon death, waiting to violently slaughter the uninfected.

After the events of DS1, Issac finds himself in a Titan asylum and in the middle of a struggle between EarthGov and the Unitologists, who both want the information implanted in Issac from a Red Marker in DS1. A Marker was eventually built by human hands, causing total devastation by-Necromorph to the colony on Saturn’s moon, from which Issac manages to avoid before going into hiding.

Your extraction is met with some trouble before you manage to shuttle off and meet with more trouble then because nothing really goes your way on Earth or in space. You eventually get your feet on (or off) the ground on board the derelict ship Roanoke which is riddled with Necromorphs in search of Ellie. And there’s where we really begin.

If you, like me, haven’t actually played the first two instalments of Dead Space, it’s very much like a Resident Evil meets Metroid. I say Metroid because it loads you with a task, which you eventually complete amidst some mad panic-shooting and frantic corpse-stomping to make sure the life of them has really evaporated, before you’re faced with another task and then you’re in trouble, trapped in a room with a broken tram system that needs time you don’t have.

Don’t get me wrong. It’s hectic yet exciting to be all up in panic mode when a dead corpse reanimates and you just forgot to reload. But soon, you kinda know when the Necromorphs will pop out while knee-deep in some… mud and being prepared for it when you can most of the time takes a little of that element of horror out of it.

The rest of that horror takes the form of the Necromorphs who have some new forms they come in since the events of Dead Space 2. But the general rule remains the same, aim for dismemberment. Out of bullets? Slow them down with some Stasis before you use your fancy telekinetic skills to throw their severed claws back at them for some major damage.

Stomping on dead enemies is not just a good way to ensure what you were shooting at is really dead or just major stress relief. It’s also one of the ways to really extract any hidden goods from them, be it med packs, or precious resources you fashion upgrades or other items from. And you’ll want to scrounge all of those if you want to have the nicest things. A new feature on Dead Space 3 is Weapons Crafting. Seek out a workbench and weapons or weapon upgrades can be fashioned out of spare parts you find lying around or using resources as ingredients for additional parts. Players can create a standard machine gun or a plasma cutter or the combination of both, with a whole slew of other weapons waiting to be found, or unlock through blueprints that bring your favourites back from the previous games.

It won’t be long before your limited resources will start to make you reconsider what you make next. Do you craft some much needed bullets out of scrap metal, mix that in with other materials to make a torque bar to grant you access to special locked doors, or use it to upgrade your suit for a little bit more oxygen when floating around in space?

Issac Clarke looks worn out from all of his adventures, but the world around him is a well-detailed wonderland, especially so when you reach the ice surface of Tau Volantis. Floating around in space is an enchanting experience (coupled with a limited amount of oxygen on Issac).

Dead Space 3 is a fine, thrilling experience that will please fans of survival horror, if they can survive a little mindless objective completion tasks. For action junkies, there’s bound to be more excitement than the normal difficulty, but that’s just right for the casual player like I am.

Writer’s Note: Although not tested in this review, Dead Space 3 comes with an optional co-op mode that help stretch out the story a bit with additional side-missions with the secondary player playing as Sergeant John Carver. These particular side-missions cannot be reached playing with just Issac alone. Crafted weapons can be shared among the two players, but unfortunately (or not) the co-op story campaign is not local co-op.

Dead Space 3 is an EA Games survival-horror game by Visceral Games for the Xbox 360, as well as the PlayStation 3 and Windows PC. Online co-op and multiplayer modes were not tested.