Home / Reviews / Console Gaming / Review: Dead Rising 4 is a solid zombie grinder and not much else

Review: Dead Rising 4 is a solid zombie grinder and not much else 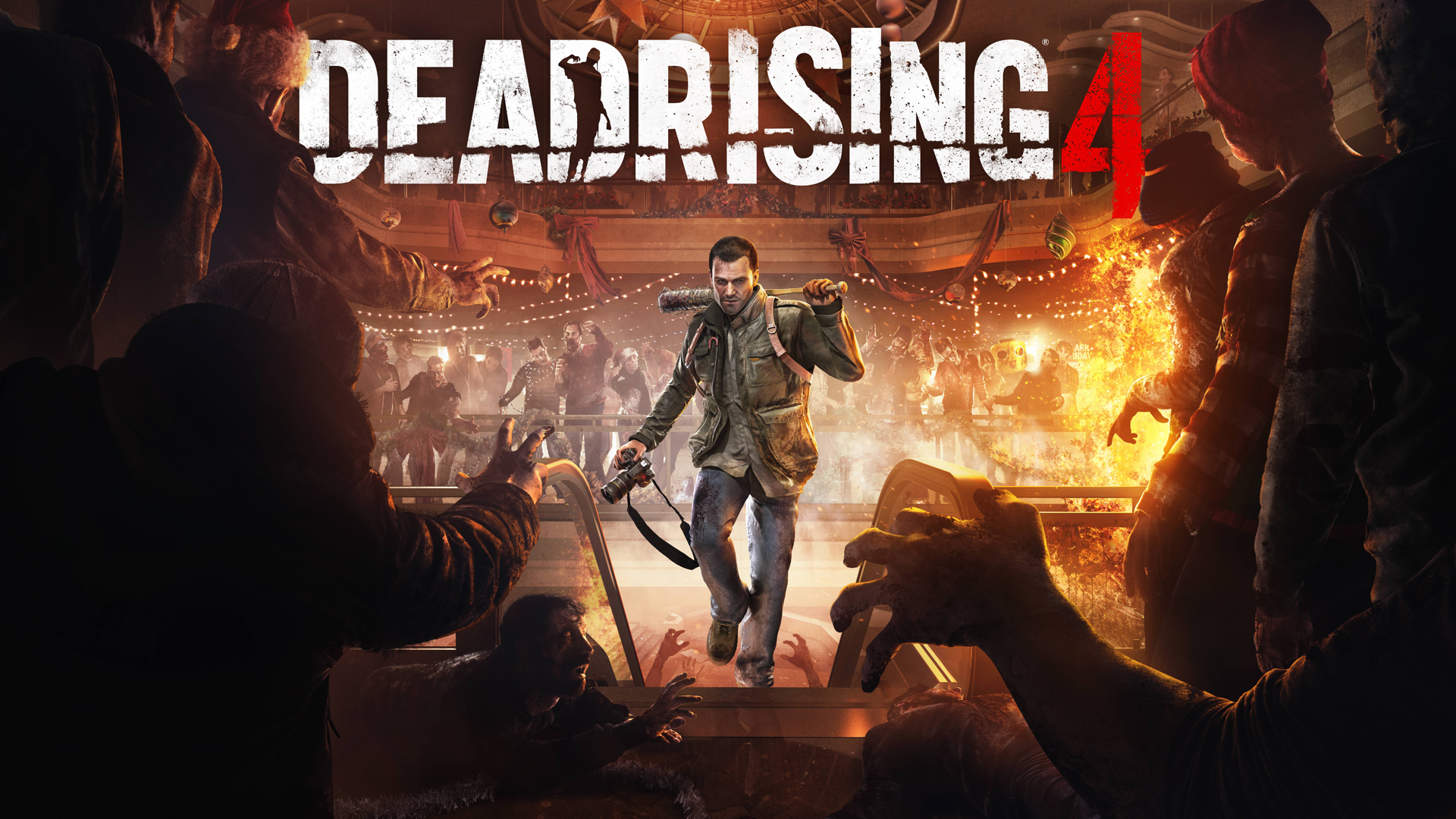 After showcasing what the new generation of consoles can do with Dead Rising 3, Capcom Vancouver takes this zombie-culling series on a journey of rediscovery. We have a familiar protagonist, familiar settings, and the ever-impressive hordes, yet all of it is framed in a whole new light.

Dead Rising 4 appears to be heavily influenced by games such as The Division and ZombiU. Frank West comes out of retirement to solve another zombie outbreak, this time with blueprint-crafted weapons, a stomping ground zoned by safe houses, and a camera outfitted with electronic hacking filters.

They’ve retained some of the series’ identity only to toss chunks of it out the window, and the end result isn’t pretty.

The return of our zombie-hunting photojournalist kicks things off on a good note. Older, cynical, and voiced by a new actor, Frank West is a beacon of delight in a sea of misery. His wise-cracking demeanor contrasts with the seriousness of the characters and world around him, undoing the overzealous attempts at the opposite in the previous game. It makes for better comedy, considering how Frank is the one killing undead with chairs and mall paraphernalia.

Spurring him out of retirement are reports of his student, Vicky Chu, getting caught up in the latest outbreak in Willamette. Returning to the first game’s town isn’t mere symbolism on Capcom’s part, however; Vicky embodies the values of a younger Frank West, hungry for truth and justice. Her idealism clashes with Frank’s hardened views and the two end up walking separate paths. It doesn’t quite evolve into a commentary on our disenchantment with prolonged disasters but, to be fair, that isn’t what we expect out of a Dead Rising game.

What we do look forward to is putting down legions of the dead in a variety of ways, whether it’s beating them over the head with plastic trays or running them down in a tricycle that spits fire. All the while dressed up as a shark.

Part of the reason Dead Rising 4 succeeds as a modern zombie game has to do with the way the undead behave. They’re modeled after the classic George Romero horror, tough but slow, the lack of mobility made up for with numbers. Vast numbers. And unlike Dynasty Warriors, these NPCs don’t politely wait on the sidelines before attacking.

The other has to do with the array of weaponry littered around the world, in a bit of on-site procurement sure to make Naked Snake proud. One minute I’m chaining punches with a pair of MMA gloves from the sporting store, and the next I’m swinging a battle axe found in an antique shop. Add item durability to the mix and things stay somewhat fresh.

I say somewhat because as fun as all this variety is, Dead Rising 4 has the potential to do better. It would have done so too, had they not dropped a series-defining trait: experimentation.

Instead of wondering what to try next, the new system encourages me to look for the best weapon available. It does so by implementing star ratings based on the amount of damage they do, essentially funneling player decisions. Why try that two-star baseball bat when I have this three-star machete instead? The game objectively tells me that one is better, without letting me find out for myself. Even if it isn’t as effective, why pressure the player into thinking they’re playing sub-optimally?

It discourages using the joke weapons as well, such as wet floor sign or toy cannons, so much so that they become background clutter until curiosity takes over. To make matters worse, crafted weapons outperform the regular ones in both damage and durability. Again, the developers eschew experimentation in favor of a bland blueprint mechanic, reinforcing that funneled design. Once a player can craft an ice sword you can bet they’ll do so as often as possible, further diminishing the value of everything else lying around.

What’s even more startling is how the game categorizes items as thrown, melee, or ranged. I can’t send a dagger flying at the nearest zombie nor can I use my empty shotgun as a bat. All this coming from a series known for its makeshift weapons, no less.

If Capcom wants to include a crafting system then at least let us try out different combinations, especially when humor is one of the series’ highlights. If I can strap grenades to a sledgehammer, why can’t I do the same to a regular hammer? Heck, why can’t I use grenades as a melee weapon all on their own? It may be stupid and a waste of resources but, damn it, it’ll be funny.

The argument for a star-rating system may have worked in the earlier games, when missions were timed and speed mattered, but that’s no longer the case in Dead Rising 4. While I prefer it that way, the countdown timer’s abolishment could have been better handled.

What we have now is a zoned open-world that’s honestly no different from the others out there – check the map, mark the next safe house, and trudge your way past respawning groups of enemies, scoring collectibles along the way. They’ve completely removed the hanging sense of tension in the game, making for an experience that we’ve all played through before.

It’s a problem inherent to current open-world design, though, there are ways to work around it. Perhaps let us choose between two side missions – rescuing a survivor or defending a unique store from being overrun – and completing either objective locks out the other. It’ll inject some impactful decision-making into the game, at the same alluding to the fact that time is progressing. What’s more, we now get a reason to replay that case mission. Tie those side missions into the story and we get a whole campaign to replay.

Instead, we have safe houses. While I’m willing to look past their use as unnecessary checkpoints, the inclusion of tiered upgrades and vendors screams of a blatant attempt to capture “mass appeal” with a currently trending template, one that doesn’t introduce anything new. Dead Rising 4 is left poorer for it, as if featuring the lukewarm zombie apocalypse trope wasn’t hard enough.

In another case of needlessly borrowed design, Frank’s camera is now equipped with night vision and spectrum analyzer filters. Ignoring the question of how that’s actually feasible, the latter mode is used fairly often to gather clues and hack past security. There isn’t a mini-game whatsoever; you just point and wait for a bar to fill up.

The most direct comparison I can think of is the tablet scanner in ZombiU, the difference being that ZombiU had a physical gamepad to tilt and pan. Having to look at a separate screen offered a split-second of tension too, especially when stuck in a dark room full of moaning undead.

In Dead Rising 4 it’s a tacked-on chore. It’s a quick-fix alternative to organic investigations (a jarring thought since Frank West is an esteemed photojournalist), handholding the player with glowing clues and proximity sensors. The game already provides a check-list of things to do in relatively small rooms, and I’m certain players can deduce what photos they need to take given some proper guidance. Yes, we mostly want to smash zombie heads in but at least give Frank some due credit.

At this point, it’s worth restating that underneath the criticism Dead Rising 4 is fun. Players will have plenty of joy in discovering how everyday objects turn into weapons, or how Frank West’s disposition brings welcome humor to the often grim post-apocalyptic landscape. Set-piece encounters are memorable in both their scale and the kind of opposition you face, topped off with an excellent depiction of zombie hordes.

The question is just how much fun they can derive out of an open-world concept that’s been done to death, and just how much further the separate cooperative mode takes the game once the story is over and done with. There isn’t much to say for that co-op mode other than that it should have been in the campaign too.

Problems truly arise once you start comparing it to its predecessors, revealing the concessions Capcom Vancouver had to make to ensure the franchise lives on. And why wouldn’t we compare them, as the title suggests a direct sequel? With originality sacrificed on the altar of profitability, long-time fans will likely find themselves dismayed at the new direction. Maybe it’ll all turn out for the best in the long run. Maybe the upcoming difficulty modes will bring back some of that old charm.

Technically impressive but mechanically uninspiring, Dead Rising 4 is an easy pick if you’re in the mood for some zombie bashing. I just wouldn’t recommend it for anything else.

Dead Rising 4 is developed by Capcom Vancouver and published by Microsoft Studios. Available now for Windows 10 PCs and Xbox One. A copy was provided for review.

Ade thinks there's nothing quite like a good game and a snug headcrab. He grew up with HIDEO KOJIMA's Metal Gear Solid, lives for RPGs, and is waiting for light guns to make their comeback.
Previous post Super Robot Wars V gets concurrent English release on Feb 2017
Next post Double Dragon IV Officially Announced for PlayStation 4 & PC (Steam)