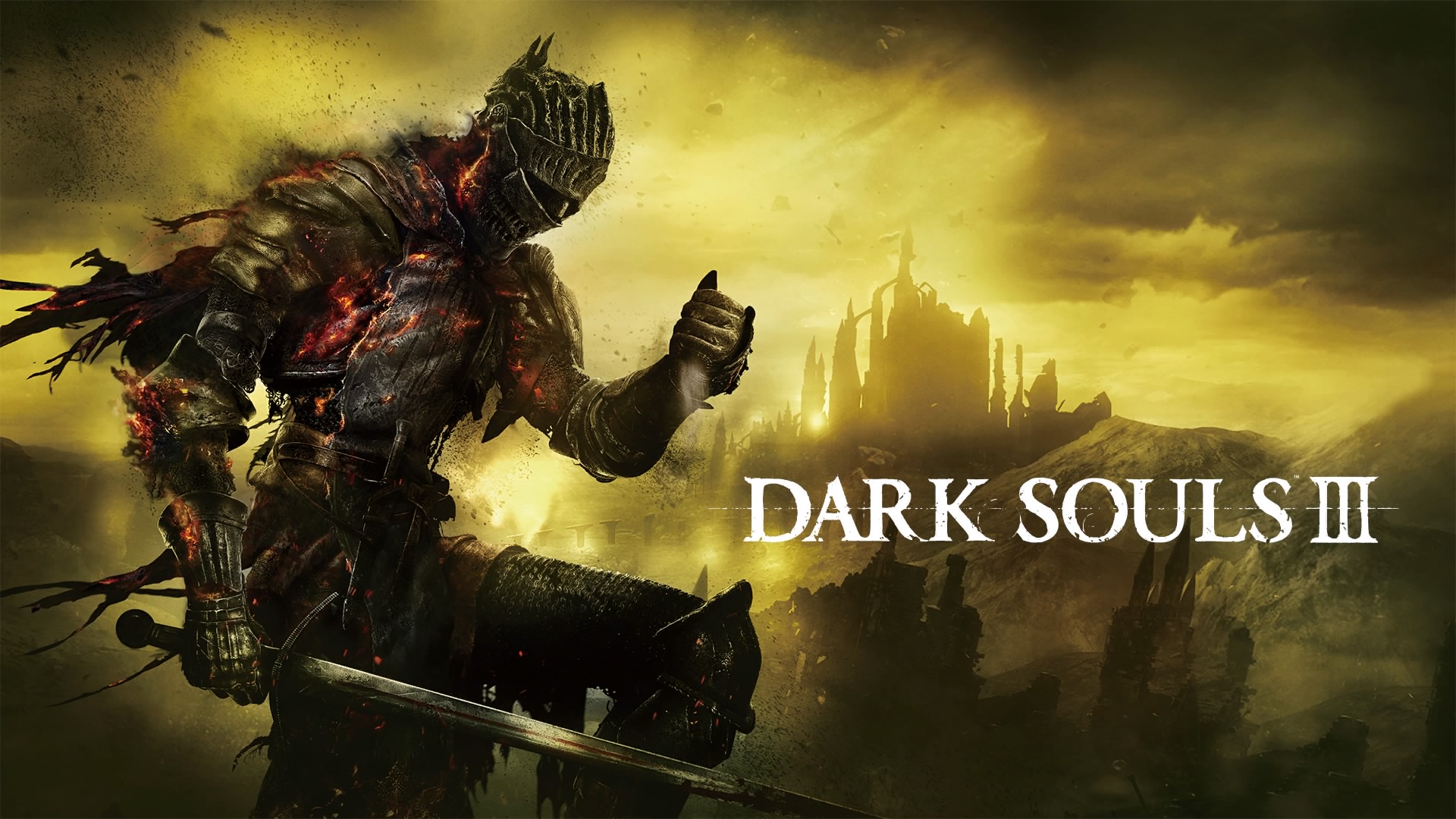 Crushed, stabbed, beaten, and back for more. The Souls franchise has grown famous for its steep difficulty curve and cult following, and in that sense, Dark Souls 3 doesn’t disappoint. Yet riding on this installment is a whole lot more expectation, both as a post-Bloodborne title and as the final planned entry in the series.

The good news is that Dark Souls 3 sits as the definitive edition for the Souls community, serving as the ideal gateway drug for newcomers while still satisfying veterans. The action RPG remains challenging, sometimes maddeningly so, but tweaks made to both combat and online connectivity helps alleviate plenty of pointless pain.

If you’ve never considered picking up the series before then here’s why you should: no other games in recent memory, barring the adventurous world of indies, harkens back to old-school gaming challenge – deaths here are handed out more freely than flyers at a tech convention.

Maybe it was a careless slip off the edge, a mistimed dodge, or a frustratingly difficult boss; whatever it was, the game doesn’t care. Rather than offer to make it easier, it plainly spells out the obvious (“You Died”) and tosses us back at the last checkpoint, respawned enemies and all.

It’s merciless and I love it. This isn’t a matter of “retro cool” but one of personal growth and accomplishment. And the Souls formula works so well because its worlds and combat revolve around futility and overcoming it. The gaming industry’s move towards trends and accessibility may have left vacuums in its wake, but games such as Dark Souls 3 do a very good job at filling the gaps.

On to Dark Souls 3 proper, then. The game returns to the lore and setting of Dark Souls 1, the stage now set by an even weaker Flame and the Lords of Cinder abandoning their duties. The player rises in a cemetery of ash, an Unkindled rather than an Undead, and must now quest to bring these living legends back to their rightful places.

Player interpretation remains a central facet in Dark Souls 3, which is why I don’t think past game knowledge is necessary. The end-goal is all one keeps in mind in times of struggle and, besides, the mystery helps to sell the world and its fables better – Bandai Namco has done fantastic work with the Japanese to English localization on that front.

That being said, I recommend anyone curious to read or watch established lore for greater context to events and locations. To reiterate, this isn’t necessary; it’s just to help those who are interested in appreciating the in-game world better. Once done with the game, join the Souls community for some theory-mongering, starting with that distinction between Unkindled and Undead.

Alas, if anything’s confusing it’ll be the lack of player direction at times. Dark Souls 3 is, hands down, the most welcoming entry for newcomers. The brief tutorial segment teaches all the basics whereas menu tooltips, while clunky, manage to explain player statistics. Beyond that, progressively harder enemies, helpful player-written messages, and an improved summoning system helps cover the rest of the game.

What isn’t immediately clear is how to best use those character level points. Builds are pretty much second-nature to returning players and indeed, part of the fun, but someone new may end up investing in the “wrong” attribute, inadvertently making the game much harder than is necessary.

This isn’t exclusive to Dark Souls 3, of course, but poor choices are certainly felt more keenly here. It’s worth nothing that FromSoftware are the minds behind the highly-technical Armored Core series so it’s unlikely they see this as an issue. Nonetheless, having a recommendations system for the level-up screen would be incredibly useful, if not throughout the entire game then at least for the first ten levels.

Unfortunately, that doesn’t hold a candle to how convoluted the side quests are, some of which play a part in attaining the two alternate endings. NPCs can be rescued and sent back to the hub location although their appearances, and sometimes survival, are dependent on things that are incredibly easy to miss – imagine returning to find an NPC dead and having no idea why.

Initially, this came across as incredibly frustrating, up until I remembered that nobody has all the answers in this world. Having no access to codices, books, audio logs, or even lengthy conversations feels refreshing, and I slowly came to appreciate the chance encounters I make during my journey.

It winds up fostering exploration, note taking, and plenty of community participation to discover all the hidden content lying around. And thanks to the game’s excellent level design, which makes good use of map verticality and unlockable shortcuts, exploration is an activity that pays off handsomely – many of the game’s unique equipment are found off the beaten path. There’s even a segment with an invisible bridge!

Dark Souls 3 goes as far as hiding entire optional zones in this manner, and all I’ll say is that they involve dragons.

I mentioned player summoning earlier. With multiplayer touted as the one key areas FromSoftware worked on, I’m happy to say that things have improved somewhat. The core mechanics behind it hasn’t changed – the host must be Embered while the summon must leave a sign – but technical issues are now less prevalent. Summoning is actually pretty fast and password-based matchmaking helps to lock games down for strict co-op play or to bypass some of the level scaling restrictions. After all, it wouldn’t be much fun if your high-level friend comes in to wreck anything and everything before you.

PvP has also been diversified through the covenant, or faction, system. Players can freely pledge themselves to any one covenant via their inventory and, depending on allegiances, the game seamlessly summons intruders and friendly spirits accordingly. For instance, pledging to the Watchdogs of Farron calls you to defend certain territories, whereas those aligned with the Mound-Makers are flexible in their intentions to serve, or harm, their host.

Just bear in mind that the current meta calls for players to stop at level 120 for both match-making and build purposes. I’ll echo that statement, as at 120 you’ll be more than powerful enough to handle most PvE content, even in New Game Plus modes. The prospect of having a god-like character may sound fun but it gets old very quickly, neither is it as fun as playing with strangers online.

However, some long-standing issues with multiplayer remain. Lag hasn’t been entirely eliminated, meaning players will have to hone a different skillset for online play. The PC community also continues to suffer under hackers, worsened by the lackluster response from the developers. Thankfully, the PlayStation 4 community seems to be safe from tampering so far.

Before wrapping up I’d like to touch on Bloodborne’s influences. Dark Souls 3 remains firmly rooted in its medieval themes and heavy armor – shields and challenging duels are here to stay. Even so, players ought to be mindful of the groups of weaker enemies or the many ambushes lying in wait. Embarrassing as it sounds, I’ve died more than once to large rats surrounding me.

The game feels more spacious too, freeing up players to practice their evasive rolls; it’s something they’ll definitely want to master before reaching bosses such as Aldrich. Certain weapons and skills also have the benefit of speeding up combat and making it visually exciting, whether it’s rapidly firing the nimble short bow or aiming the ridiculously heavy swings of ultra greatswords.

They impart a greater sense of action than the previous Souls games did with their slow, cautious, and methodical approach. I’m not saying you’re free to be reckless, only that there’s room for playstyle experimentation.

Dark Souls 3 is the sum of its predecessors. FromSoftware’s long experience with the series has coalesced into a title that I simply find hard to ignore, even in the face of new game releases. The energized and fine-tuned combat simply begs for both mastery and variety as we obsessively explore labyrinth dungeons, toxic swamps, and crumbling cathedrals – for ash seeketh embers, after all.

And we don’t have to do it alone either, thanks to a diversified multiplayer component that, again, offers a multitude of options. To top it all off, the game neatly wraps up the story of the grim, depressing, yet critical tale of linking the flame. Praise the sun, while we still can.

Dark Souls 3 is an action-RPG developed by From Software and published by Bandai Namco Entertainment. Available now for PC, PlayStation 4, and Xbox One.

Ade thinks there's nothing quite like a good game and a snug headcrab. He grew up with HIDEO KOJIMA's Metal Gear Solid, lives for RPGs, and is waiting for light guns to make their comeback.
Previous post Review: NVIDIA GeForce GTX 1080 – One card to rule them all
Next post First Look: NVIDIA GeForce GTX 1070 and new SLI HB Bridge