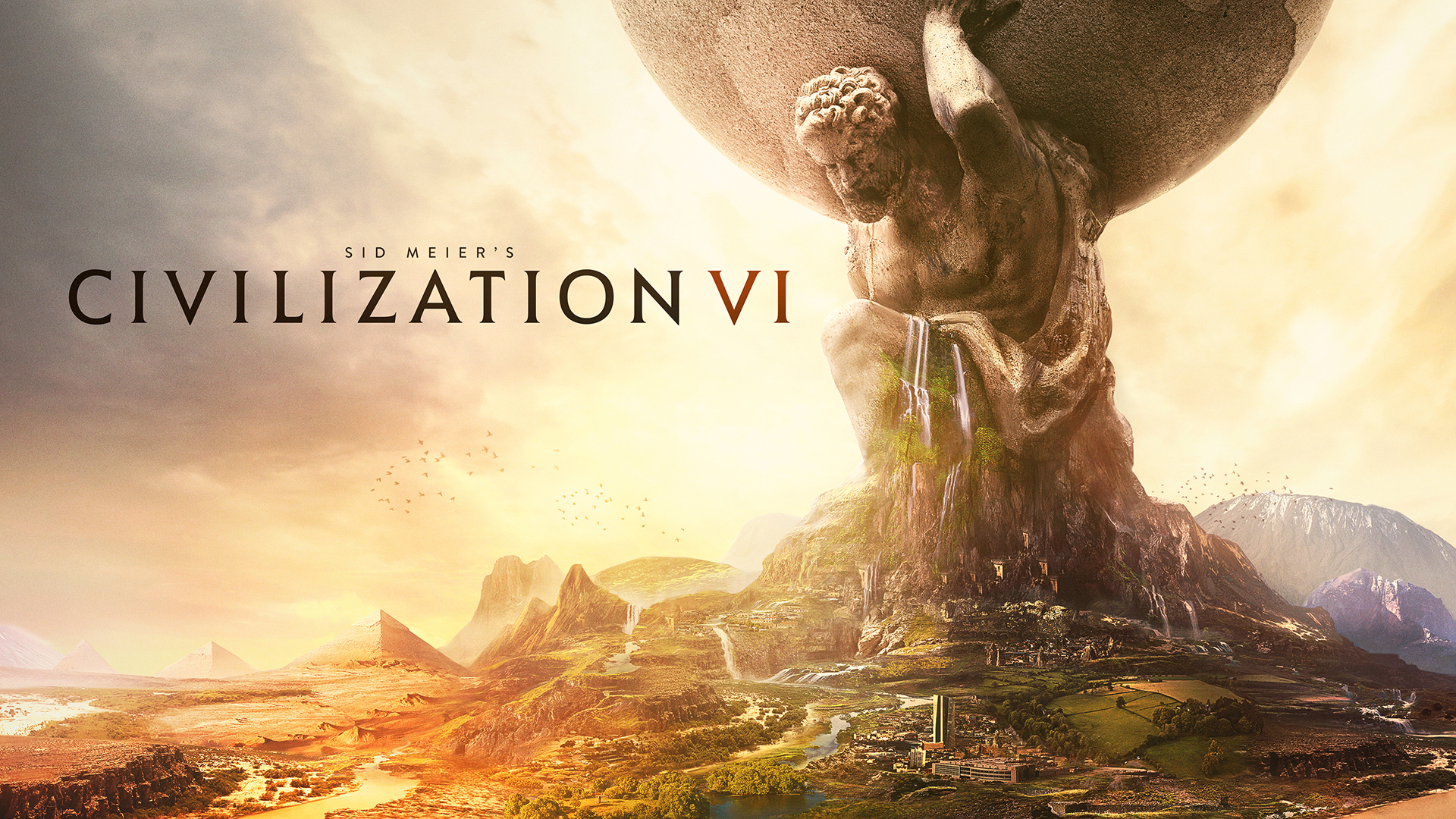 Next turn. Like clockwork, my mind races through a mental checklist I’ve built over the course of three hours. Can I start research on a new technology? Is the factory at Kyoto almost done? Should I swap out policies now and oh god just how many apostles does Rome have?

Sid Meier’s Civilization VI is all about checklists. You clear a couple of things one moment and add a whole bunch of others in the next, constantly modifying and evaluating as your opponents fuss over their own little lists. There’s always something to do in the next turn, and in the turn after that, and the next thing you know you’ve captured Rome and the 5am buses are rumbling past outside. It’s brilliant.

Reductionism aside, Firaxis Games have once again risen to the occasion. With Civilization VI, they’ve boldly revolutionized how cities work, placed research in a far more active capacity, fleshed out newer systems such as religion, and so much more. All this while retaining as many past features as possible, making the transition from V to VI painless. Sure, you’ll spend the first session awkwardly relearning some basics, but get past that hurdle and you’ll rediscover the trance-like embrace of lists and buttons.

The hexagonal grid in Civilization V completely made us rethink how military units work, shifting the focus from having bigger numbers to having tactical superiority. In a similar fashion, the district system in Civilization VI aims to do same for cities.

Rather than simply constructing whatever building or world wonder that happened to be available, we’re now forced to confront the idea of land scarcity. A city’s districts determine its future and, once built, cannot be removed. That’s ones less tile for a basic improvement, world wonder or, indeed, another district. You’re going to have to commit.

The ramifications of this aren’t immediately apparent, especially in the earlier eras. Fast forward a few hundred in-game years, however, and suddenly there isn’t any space left for an Aerodrome to house planes. Maybe what could have been a prime spot for a Neighborhood – a boost for the new housing mechanic – was haphazardly taken up by an Entertainment Complex two centuries ago.

Like it or not, Civilization VI is going to ask you to indulge in some advanced planning. High-level decisions, such as making a mountain straddling city focus on religion and science, don’t change; instead, you must choose which of the two is more important to your overall strategy, as only one district can reap the larger adjacency bonus from those mountains.

Extend that decision-making to the rest of your cities and you can see how big of an impact this new system has, from settling to city-planning and even war. Empires are made from a mix of specialized cities and losing one can prove detrimental. That these districts can be pillaged only adds to the greater amount of choice players have, making city harassment a far more viable tactic than before.

As with any other Civilization system, learning the ins and outs of districts is going to be a journey. It took me two standard- and one quick-paced game to fully appreciate the interplay between them and city locations throughout the different eras, and even then I occasionally forgot things.

Now that I’ve agonized over my decisions and lived long enough to see their consequences, I doubt I’ll ever go back to the old way of doing cities, save for nostalgia. It just doesn’t compare. Dumping every world wonder into a super-city may be fun, but it certainly doesn’t beat the satisfaction of seeing a long laid-out plan coming to life. It’s not perfect – some districts are better than others, and you’ll inevitably settle on the same few ones – but it does lay the foundations for future content.

Shaking up the moment-to-moment gameplay of Civilization VI are Eurekas and Inspirations, unique research boosts to technologies and civics. Killing an enemy unit with a slinger, for instance, grants a 50% boost to Archery research. The number of turns you save depends on your science output but, as we all know, time is money – a few turns saved here and there eventually snowball into a game-winning lead.

It’s simple enough to understand but here’s the kicker: to make full use of it, you’ll want to plan these things in advance too. That means keeping track of how your current research is doing, factoring in when you can achieve the boost, and swapping to a different tech or civic as soon as possible. It effectively keeps you engaged right from the start, speeding up the early game.

To put it in context, let’s say Archery research is about 60% done. I know in the next turn my slinger is going to stone a barbarian to death, and that back home my builder is two turns away from constructing a mine. By starting on Wheel research now, I won’t waste a turn on what is already guaranteed – Archery. Then in the following turn, the mine’s construction is itself a Eureka for the Wheel, and so on and so forth.

If it sounds complicated then trust me, it’ll make sense in practice. It isn’t necessary to obsess over these boosts, just as it isn’t necessary to visualize the next three turns in Hearthstone, but it’s there when you want it and is, in the grand scheme of things, a sure sign of player growth.

What any long-time Civilization player can readily admit to is the series’ slant towards war. After all, you can’t have the “eXterminate” in 4X without some blood-letting. It’s a fun approach from time to time but variety is the spice of life, so in comes the new religion victory condition. And before anyone asks: yes, you can start a holy war.

Building upon the groundwork laid in Civilization V: Gods & Kings, the updated religion system is a blast to play. Players no longer have to meekly accept rival missionaries spreading gospel in their cities, but can now send a missionary – or the new apostle unit – to confront the intruder in theological combat.

For all intents and purposes, it works similarly to military combat, except they use strong words and flashes of lightning to get their point across. They don’t get to heal, however, so each unit counts. What makes it even more refreshing are the randomized set of upgrades for the apostles, allowing them to better spread their religion or to do so more often. It lets you make the best of your current situation, mimicking the way cities now work.

It’s important to note that this isn’t war reskinned, as it requires a whole different approach. A city’s dominant religion continues to exert influence on its neighbors, and theological victories grant a religious boost to all nearby cities as well. It’s basically a slower, more insidious game of chess, of developing strong pressure points across the map to quickly and efficiently spread the word – you don’t suffer from war weariness and you get all the benefits of a widely practiced belief. Play your cards right and this can be the easiest and fastest victory condition to achieve.

Ignoring religion altogether will only serve as a self-imposed handicap. Prepare to declare wars on the higher difficulties just to keep the pious Civs in check, though Civilization VI continues the long tradition of turning the game on its head once war is on the table. Nonetheless, having a new overt threat on the map is always a welcome addition, and I’m eager to see where modders and future DLC take it.

Expectedly, it’s not all sunshine and roses just yet. The A.I. is undoubtedly the weakest link in the chain, either making bizarre decisions or acting like it’s still in the Ancient Era. I’ve seen club-wielding warriors wandering about in the age of flight and Civs declaring wars while their cities go undefended – all this on the standard difficulty to boot. Granted, it’s not an issue exclusive to Civilization VI but it is disappointing to see it persist.

There’s no escaping the fact that diplomacy feels lacking as a result. While the new leader agendas do give them greater personas, it seems to be in need of further tweaking. Part of the reason is that their agenda outbursts – wonderfully animated and voiced scenes that trigger whenever you comply or disregard their agendas – can be frustratingly vague or exceedingly repetitive.  Intrinsically opposing A.I. leaders on the same continent do make for fun situations, but it may as well be happening on a different planet.

I’ve never seen them approach me with a joint war proposal, a plea for aid, or anything that would make them seem less distant than they actually are. I’ve watched cities fall repeatedly as my forces linger a few tiles away, waiting for a worthwhile reason to intervene. In the information era, as radio waves permeate the air and satellites fly overhead, I’m never told the reasons behind declarations of war or a peace treaty. I can dive into the diplomacy menu to figure things out but how much more exciting would it be if we had newswires or intelligence reports, or even the ability to manipulate them?

As it stands, I’m simply up against a bunch of lone-wolf leaders who never collectively meet or discuss the fate of the world. The late-game in Civilization has been in need of fresh air for a while and, unfortunately, leader agendas don’t fit the bill.

The revamped spy mechanics may appear like a good example of a late-game refresh but I don’t find the system to be all that engaging. Although we do get more operations to carry out, it comes off more as a chore than anything else – a necessity that pops up every few turns. It’s strange in that I can’t quite put my finger on what’s wrong with it, other than how annoying it gets the more spies you own; perhaps some diplomatic or information manipulation would have helped.

Against human opponents, spies do get a little more exciting but, honestly, the same can be said for the game as a whole.

There’s clearly more to gush and rant about where Civilization VI is concerned. How can there not be? A game as deep and complex as it is, with play records that can easily break into the hundreds and thousands of hours, has plenty to offer for anybody interested in turn-based strategy or 4X. This is the series that defined a genre, and it is home to a long line of award winners.

At the end of the day, I’m finding it increasingly difficult to return to Civilization V: Brave New World. The district system may not seem to be much of a difference in those first few hours, but give it time and you’ll see just how much it revitalizes the rest of the game. The updated religion system, the new Eurekas and Inspirations, and all the other additions and revisions round off what I consider to be an excellent update to the series. UI and technical issues can always be patched out whereas user preferences can always be modded in, but as far as a “vanilla” Civilization goes, Firaxis has knocked it out of the park.

Will Civilization VI pick up its own set of awards? You bet it will.

Ade thinks there's nothing quite like a good game and a snug headcrab. He grew up with HIDEO KOJIMA's Metal Gear Solid, lives for RPGs, and is waiting for light guns to make their comeback.
Previous post Distant Worlds: music from Final Fantasy (Singapore) event
Next post Ellie and Joel return in The Last of Us Part II, explores “hate”