Review – Call of Duty: WWII (PS4) single-player campaign is a welcome return to its roots 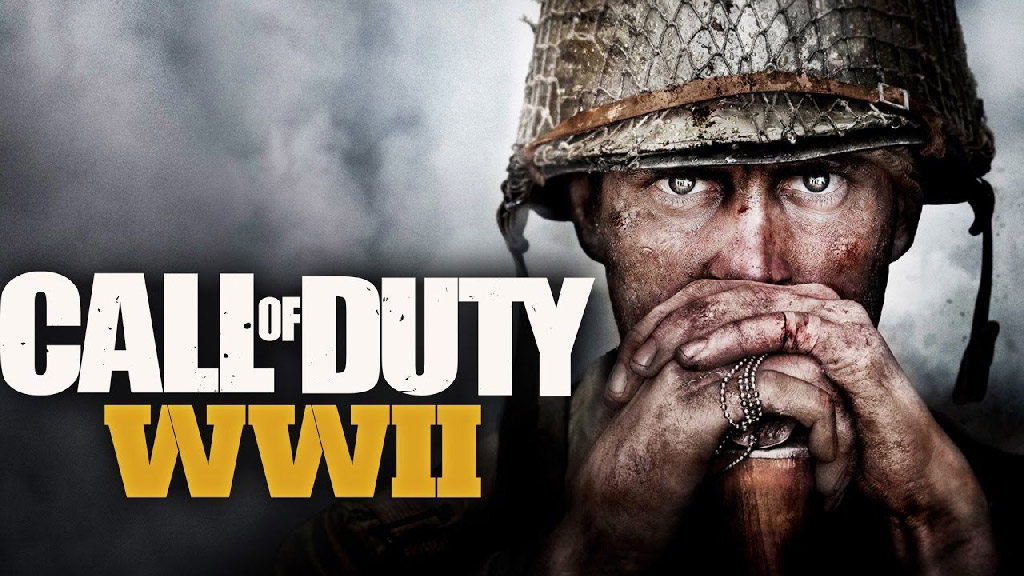 It has finally come full circle. Call of Duty finally rounded the corner and is back to where the series started. After forays into modern and future warfare, the franchise is once more dipping its toes into the battles of World War II. As one who has played Call of Duty 2 during the Xbox 360 days, it’s certainly amazing to see how far the series has come since.

In Call of Duty: WWII, you play as Ronald ‘Red’ Daniels, a soldier in America’s 1st Infantry Division, also known as The Big Red One. If the name sounds familiar, that’s because the unit was also featured in its very own Call of Duty game; also called The Big Red One, that came out exclusively only for the PlayStation 2, Xbox and GameCube. That said, the latest WWII game has no tie-in to that game.

WWII’s devotion to telling a story means there’s much more focus on Red and his squad mates than on the overall war effort. Though the game places Red in some of the war’s most famous battles, including D-Day, the Liberation of Paris and the Battle of the Bulge, the focus is more on his squad rather than the over-arching European warfare. However, while the focus on the more personal aspect of war is very welcome, I thought it could have been handled a lot better. The characters in Red’s squad aren’t really fleshed out and felt like specific archetypes rather than ones you can grow to empathize and like. Perhaps that’s why the game mostly relegates them to being secondary characters and instead focuses on Sergeant Pierson, played by Josh Duhamel. Pierson’s a former officer who was demoted to a sergeant due to a major incident in the past. It’s not revealed what that was until near the end of the game, but the hook was intriguing enough to make Pierson the most interesting character in the game. His friction with the squad’s Commanding Officer, Turner, adds an interesting wrinkle in an otherwise cookie cutter plot.

However, that still doesn’t make up for the by-now overused Band of Brothers-esque plot in this Call of Duty game. It’s hard to emotionally care for any of Red’s teammates, simply because you barely know anything meaningful or deep about them. Throughout the game, I honestly didn’t really care whether they lived or died.

Pierson, as mentioned, is an interesting exception. However, all the build-up from his mysterious backstory simply fizzles out after Turner dies, as Pierson’s character makes one irrational decision after another that has little bearing on his established history.

Even Red himself is pretty two dimensional; he wants to survive the war just so he can get back to his pregnant girlfriend and to live up to his brother’s name. Sure, there’s a twist about Red’s brother, but anyone can see that coming from a mile away. You’ll play most of the campaign in Red’s boots, though certain stages will place you in the shoes of other soldiers as well. There’s a delightful one where you are in control of a tank, playing a deadly game of hide and seek with German Panzers. Another stage has you flying high in the sky, dogfighting German pilots as you protect Allied heavy bombers. These stages all fit well into the narrative and I honestly wish there were more of them.

As Red though, the gameplay is classic Call of Duty fare. Battles are heated and intense, with bullets and grenades flying all around you. Nazis and Allies swarm the battlefield, giving every large scale battle a life of its own. True to the bombastic nature of the series, massive set pieces are integrated into the fights, which elevate the chaos to a whole new level. The game’s D-Day Omaha Beach stage is one of the best representation of that battle yet. It’s been done in numerous games before, but never as gloriously beautiful as in WWII.

There are also smaller scale battles scattered throughout, especially in the Paris stages. However, WWII wisely peppers its unique stages between the heated battles. One part of the game even has you infiltrating a Nazi compound to meet a contact, which is more akin to a Hitman game than a Call of Duty title. Variety is the spice of life and WWII is a maestro in creating the perfect flavor to keep you hooked throughout the campaign. One minor downside, however, is that the battles are very, very linear. There’s usually only a straight path you can follow (though certain stages open up a bit), which makes the stages feel a bit scripted. Still, that’s an acceptable price to pay for the tight pacing and variety of the stages in the game.

A return to form It’s also an incredibly welcome return to form for the series, after the lasers and futuristic battles found in Advanced and Infinite Warfare. No more wall-running, boosting or any other shenanigans here, it’s all classic run and gun.

One new twist to the game is that you now have a health bar. Health only regenerates (and only to a small extent) when you are in critical condition, and you’ll have to heal yourself with the limited supply of med-kits. It’s an interesting throwback mechanic, which forces you to play more conservatively, especially on the higher difficulties.

The focus on your squad also extends to gameplay, as they can now support you in-game. Each member of the squad has a special skill; Zussman gives you med-kits, Stiles hands you smoke and frag grenades as well as artillery strike grenades in certain stages, Pierson marks the enemies for a certain time, and Turner gives you ammo.

The game’s WWII setting also means the guns are a bit more consequential to fire. As most weapons are bolt action (though there are SMGs and LMGs), missing a shot now means you could potentially die before you can get another one off. It makes the combat tenser, and together with the health meter, much more gripping.

However, that goes right out the window whenever you get access to a sniper rifle. If there’s an overpowered weapon in the game, it must be these long-range rifles. Not only do these guns come with an additional scope, they also have a slow-motion mechanic that you can initiate by pressing L3 on the PS4 DualShock controller. This makes killing entire companies of Nazis incredibly easy. Couple this with the ability to constantly be supplied with sniper ammos from Turner’s special skill and you have a devastatingly overpowered weapon that can clear some stages with ease.

It’s the best-looking WWII game yet I’ll not beat around the bush; Call of Duty: WWII looks amazing. The in-game visuals are gorgeous and the smooth frame rate only serves to accentuate that. There’s a wide variety of locales too, from the beaches of Normandy, to the streets of Paris to the finale’s Ludendorff Bridge. Most of the stages looks distinct enough that you get a sense of progression as you play through the campaign. My only complaint is that the CGI used in the cut-scenes are leagues ahead of the in-game visuals. When the pre-rendered movies play, there’s a stark and visible difference, which seems to break the fluidity of the game a little.

Audio wise, the bullets, explosions and other battle sounds are incredibly good. There’s something very satisfying to the sound an M1 Garand makes when it expels out of a spent cartridge. If you don’t have good speakers, you owe it to yourself to play this game with a good pair of headphones. Trust me, you’ll have a blast. As expected, the voice acting’s pretty good too. Josh Duhamel hams it up a bit too much as Pierson, but that’s just me. Red’s monologues and banter with his squad is pretty good and believable too, though I wish they were more substantial and informative.

Is this the best Call of Duty game?

The bottom line is this. Call of Duty: WWII’s single-player campaign is an awesome one that’s filled with intense battles and all the trademarks you’d expect of the series. While the plot flounders, in typical cliché sense, it’s pretty much safe to say that you don’t quite play a Call of Duty game for a riveting storyline. You’ll love the game for its actions, the over-the-top feel of the battles and the fun of just mowing down legions of enemy soldiers that are out to kill you. In that respect, WWII is one of the best in the series and a very welcome return to its roots. Now, if only developer Sledgehammer Games could have made the game’s narrative more compelling.

*The review for Call of Duty: WWII’s multiplayer will be published separately.

Call of Duty: WWII (PlayStation 4) was reviewed on the LG OLED C7 Television. Sal's just your average hardcore gamer. He started gaming on the NES in the 80s and has been ever playing since. Sal doesn't care about which platforms games are on, only that he wants to play them all!
Previous post Hearthstone: Kobolds & Catacombs adds free single-player mode
Next post Review – Wolfenstein II: The New Colossus (PS4) surpasses the series’ legacy