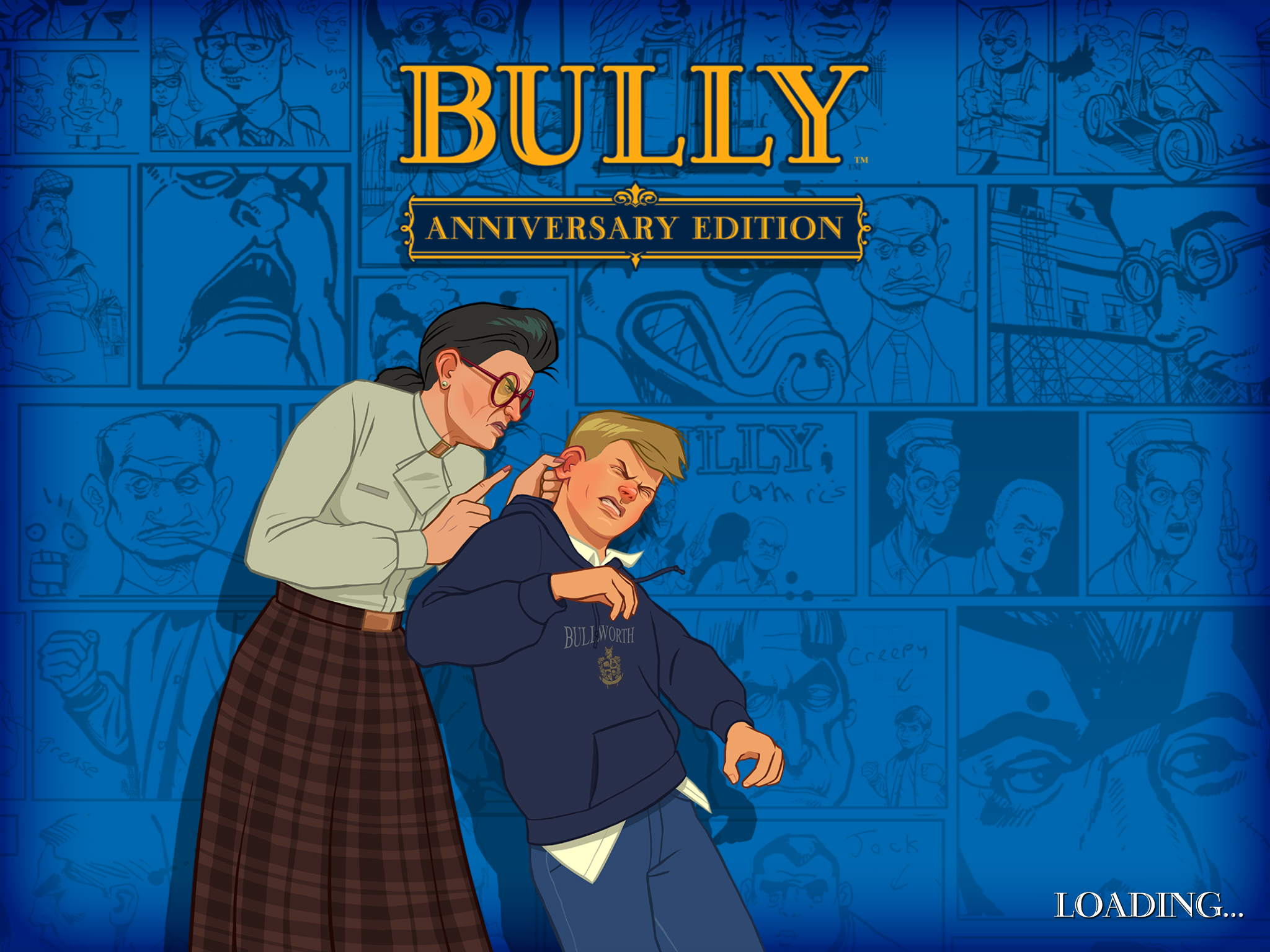 Many young gamers would associate Rockstar Games with Grand Theft Auto series and the recently-back-in-limelight Red Dead Redemption, but the studio has been hard at work over more than a decade in exploring other genres. How many of you recall a table-tennis game released on Xbox360, a rhythm-mix-beat title released on PlayStation Portable, or the slick racing title on the streets of Los Angeles? In the case of Bully, the journey was a little unique.

Making its first appearance as far back on the PlayStation 2 in 2006, Bully became a title that was desirous to own and play. However, it was only until 2008 when the game was released on Nintendo Wii, PC and Xbox360 with an enhanced version entitled Scholarship Edition that I managed to get enrolled.

The title ‘Bully’ is misleading and it turned many heads then. Some was under the impression that the game promotes making trouble in a school setting, and this had sparked many controversial events in the past. However, many who invested time playing through realised otherwise. Some might connect with the plight of the protagonist and empathise with his predicament. At the same time, there are interesting plot twists reminiscent from classic teen dramas and coming of age flicks. We all have similar encounters from our school days, and I appreciate the jog down memory lane, even though most of us do not have the opportunity to stay in a boarding school during our teenage years.

The Anniversary Edition appears to improve what I had seen in the remastered Xbox360 Scholarship Edition. Images are clearly sharper on my iPad Pro 9.7 (running A9X chip with M9 coprocessor) compare ipad specs here. If you have an Apple TV, you should consider mirroring this to a larger display.

Like most open world games from Rockstar, the core gameplay involves frequent sprinting and travelling between short distances, and I’m pleased to report no lag / drop in frame rates. The game runs smoothly like a kid on roller skates.

However, Bully is not in the same league as those ‘tap-and-come-back-later’ mobile games. With all the plotlines, cutscenes and missions, it is best enjoyed with a reasonable playtime in one sitting. Playing such open world games on a touchscreen tend to become less enjoyable over time. A huge factor would be the uneasiness to hold a tablet like a controller for long periods of time. Therefore, it is highly recommended  to invest on those MFI controllers, along with a decent casing/stand for the tablet.

Those familiar with Rockstar’s formula with Grand Theft Auto series will feel at home with Bully. Apart from the usual ‘do-this-get-that’ missions, the novelty is felt in certain areas. Firstly, the game challenges you to complete certain tasks within a limited time frame. What’s a game set in a school setting for if there’s no timetable and school rules to adhere to?  As a student, Jimmy is required to attend various classes and make the grade.

You can choose to skip them but once the prefects catch you playing truant, you are immediately sent back to class. A similar disadvantage takes place in the evenings, wherein some areas of the school compound becomes out of bound. If you’re lucky, you might be able to squeeze in an errand or two within your free time during the day. On the other hand, attending classes should not be seen as a chore. Each class comprises mini game that you need to master within a number of tries. They are fairly easy but if you somehow fail to meet the grade, a red cross will appear on your scorecard. Sometimes I wish the ranking could show the total number points earned, just for bragging purposes. To name a few, these classes include Chemistry, English, Art, Biology, Music, Geography and Maths.

Attaining passes will unlock special attributes for the character. For example, scoring well in the English class would unlock the ability to talk your way out of certain encounters.

As if you don’t have your hands full, Bully also has its fair share of collectibles. Firstly, you need to have a keen eye to spot for specific items conspicuously littered around the compound. I’m more interested in the outfits and attires that Jimmy can change to, because such details are also captured in the cutscenes, making your experience more personal.  However, the highlight of them all is being able to gain access to self-paddled bicycles and go-karts. With the advent of electrical-powered commuter devices these days, it’s nice to see these manual modes of transport from yesteryears crystalised into this videogame.

Bully is mainly a single-player experience but it has a nifty feature – challenging your friends on the mini games. They range from the classes to specific school events and some arcade games. Unfortunately, these games are unlocked progressively as you play the main story.

On the overall, Bully: Anniversary Edition is the remastered version of a classic that should be in the collection of every Rockstar fan. Like an old reprinted book in the library, even though its literature is outdated, a timeless masterpiece remains within.

Neezum has been exposed to many videogames since the '90s. Nowadays, he tries to juggle his passion amidst other commitments with a wife who doesn't share the same hobby.
Previous post Double Dragon IV Officially Announced for PlayStation 4 & PC (Steam)
Next post Qisahn completes move to new, larger unit