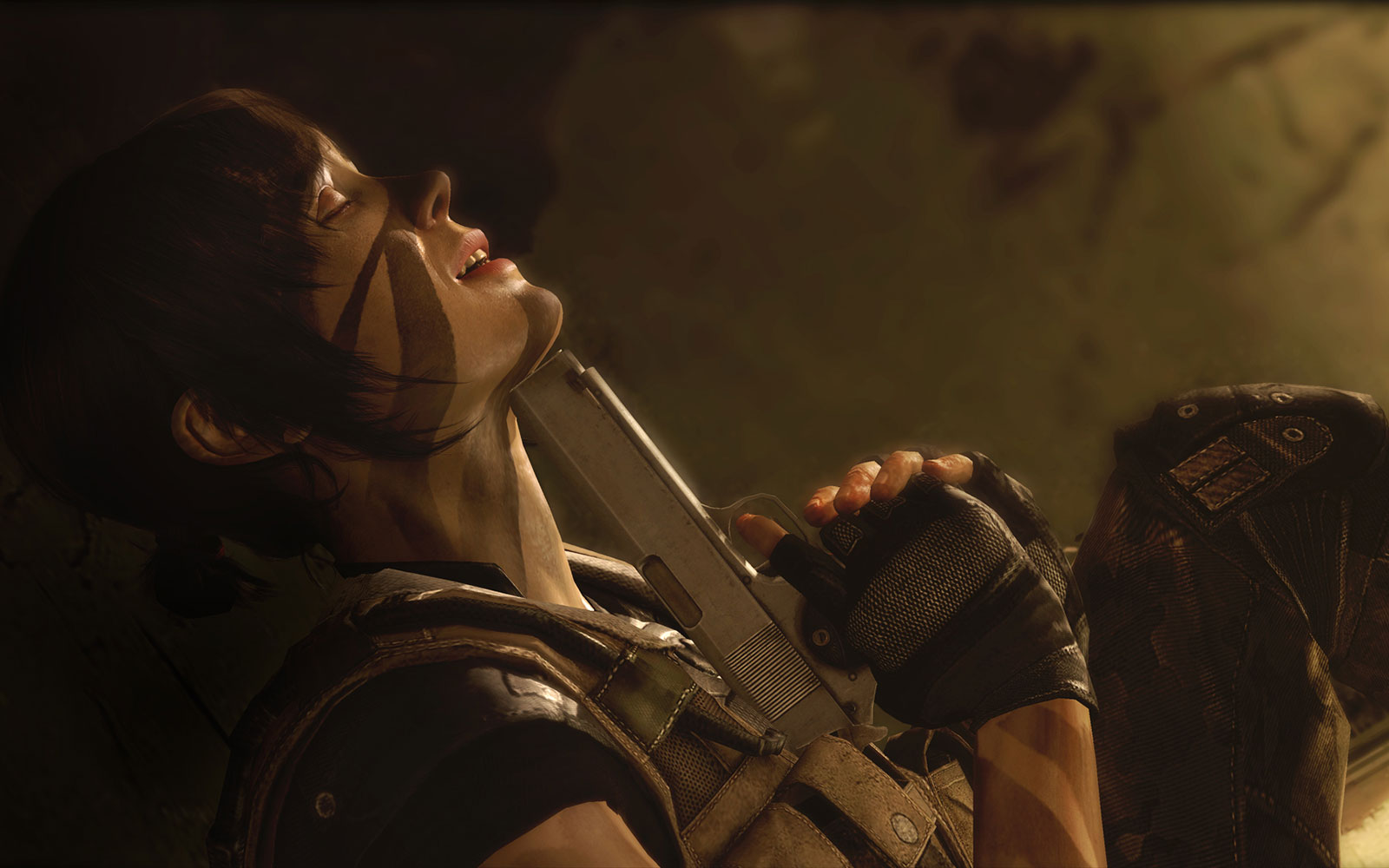 Four years after QuanticDream’s frantic “Press X For Jason” simulator, the company goes all blockbuster with Beyond: Two Souls. The most notable aspect of which is, of course, the inclusion of Hollywood stars Ellen Page and Willem Dafoe likeness, voice and all.

Meeting expectations of Ellen Page fanboys, players get to control Ellen Page’s character Jodie, making her every move and shaping her to the eventual outcome of the game as you go along. The controls are less of a hand cramp that was on Heavy Rain, in which basic interaction with objects has been filed down to just a swing of the right analog stick, with the usual conversation response buttons attached to the face buttons.

This is even more so for folks who are totally not into video games. Beyond has a sense of difficulty, nothing too challenging for the regular video gamer, but QuanticDream has made it so grandma can get into the fun, giving the option to drop the complicated controls to something extremely simplified, be it on a regular DualShock 3 or on its companion smartphone Touch app.

Jodie isn’t quite alone in this game, and that’s we have the second soul, Aiden. Aiden is the entity linked to Jodie since the day she was born, making her a topic of interest to government researchers and a social outcast to others. He is also player-controllable, so you can play both characters alone, switching between them back and forth or get someone else to do it. Aiden will help out or ignore Jodie, and players can take action, or not, to reflect that. Possess, choke or manipulate humans and objects to prove your point and get Jodie by undetected.

We see through several points of Jodie’s life in an erratic random order along her timeline, from her days of dealing with Aiden as a child, to her rebellious stage as a teenage lab experiment up to the point where she goes on the run as a rogue CIA operative, filling in the blanks to the story using parts we just saw in an earlier chapter to explain why something happens in the next, and once those are filled, you just sit back and let the new revelation click in your head.

Cause and effect is still the name of the game, much like Heavy Rain was, although Beyond seemingly has no game-over scenario. There are still quick-timed events aplenty here with rapid button-mashing and fight sequences riddled with slow-motion segments where players tilt the right stick to whatever direction Jodie is evading or attacking and mistakes will be made. Players can also choose to screw things over for Jodie by using Aiden to disobey orders. Fumble a lot and the course of time will swing players to another path the game will take.

Beyond: Touch
Companion apps are all the rage now that the Wii U has proved its point. Beyond: Two Souls has a companion app for iOS and Android that provides the game with touch controls using their smartphone over Wi-Fi, although the controls are very much simplified.
Interaction involves Tapping, swiping or using two multitouch thumbs on the screen. You just need to maintain a good connection with your wireless network or suffer from lag in delayed action.
At time of writing, the app has since been made available on the SG App Store and Google Play at no cost.

Despite all the side-stepping, the game still feels linear in a “Create Your Own Adventure” book kind of way. For example, failing (and failing intentionally) to wake Jodie up when the cops searching for her arrive will lead to her capture, but there are several events that will occur in-between that tries to draw you away from a bad end. You can still ignore them all and land up captured, but the game will still try to make you return to the competent gamers’ route.

You don’t necessarily take the same route to a point of the scene where the routes converge, but you reach that same point one way or another, and it’s fun to see what could’ve happened through the range of choices you can or could’ve made. There are still other actions that will lead to irreversible outcomes that will hang around in the game as a reminder of your intentions (or gaffe).

There are no save points in the game (The game does save so you can come back later but only to the point where you last left it), so you can’t make alternate choices without starting the chapter again. One entire playthrough with choices I felt was right averaged around 20 hours, so there’s quite a lot of ground to cover if you want to follow through every moment.

If you’re really recluse, playing Beyond alone is perfectly fine since you control Jodie and Aiden through the whole game anyway. Dual-player mode is simply there for entertainment value between family and friends, which turns off the ability to switch players until your partner does so. You could have guests over and have them use their smartphones to play without losing your last saved point in the game. Let your friends choose their own way of following the story, have them choke the other soldier you didn’t before.

If you know the works of the two A-list actors, then you’d be inclined to say their virtual selves look very much like their human selves, thanks to some nifty motion capturing. Otherwise, they’d just be a bunch of characters that makes your PS3 breathe harder. The environments around them are about as realistic-looking as their characters which is essential as it doesn’t shatter the movie illusion.

What shatters that illusion is how the character models act. Jumping back and forth into a cutscene doesn’t flow as smoothly as, say, GTAV did. You can see the scene ready to go before your character model is loaded, but other glitches are particularly rare. And while QuanticDream really did put the effort into making movement flow as natural as possible (ie. no abrupt about-turns), it gets cumbersome when Jodie has to take more than two seconds to make a turn.

The game doesn’t hand you hints once you get acquainted with the game, aside from Jodie’s direct “do something, Aiden” requests. There will be times where you’ll be fumbling around the screen to find the interaction dot that will move the game along, which sometimes stays stagnant until you really find out what you’re supposed to do. And to have an angry mob banging and shooting at a weak-looking wooden door for 5 minutes until you do just really doesn’t feel right.

From a gamer’s standpoint, this game is competent with okay and more than accessible controls and some pretty graphics, though storytelling is a confusing scribble. From a movie-goer’s standpoint, the story is easy to comprehend, capturing the actors’ gamut of emotions through mo-cap technology as it weaves around different points on its own timeline, knowing the viewer is not ready for future events until one understands its past. Put the two together and Beyond: Two Souls pans out to be an adequate game that’s fun for gamers and non-gamers alike.

Beyond: Two Souls is a QuanticDream game for Sony Computer Entertainment. This review was written with preview copy of the final build.