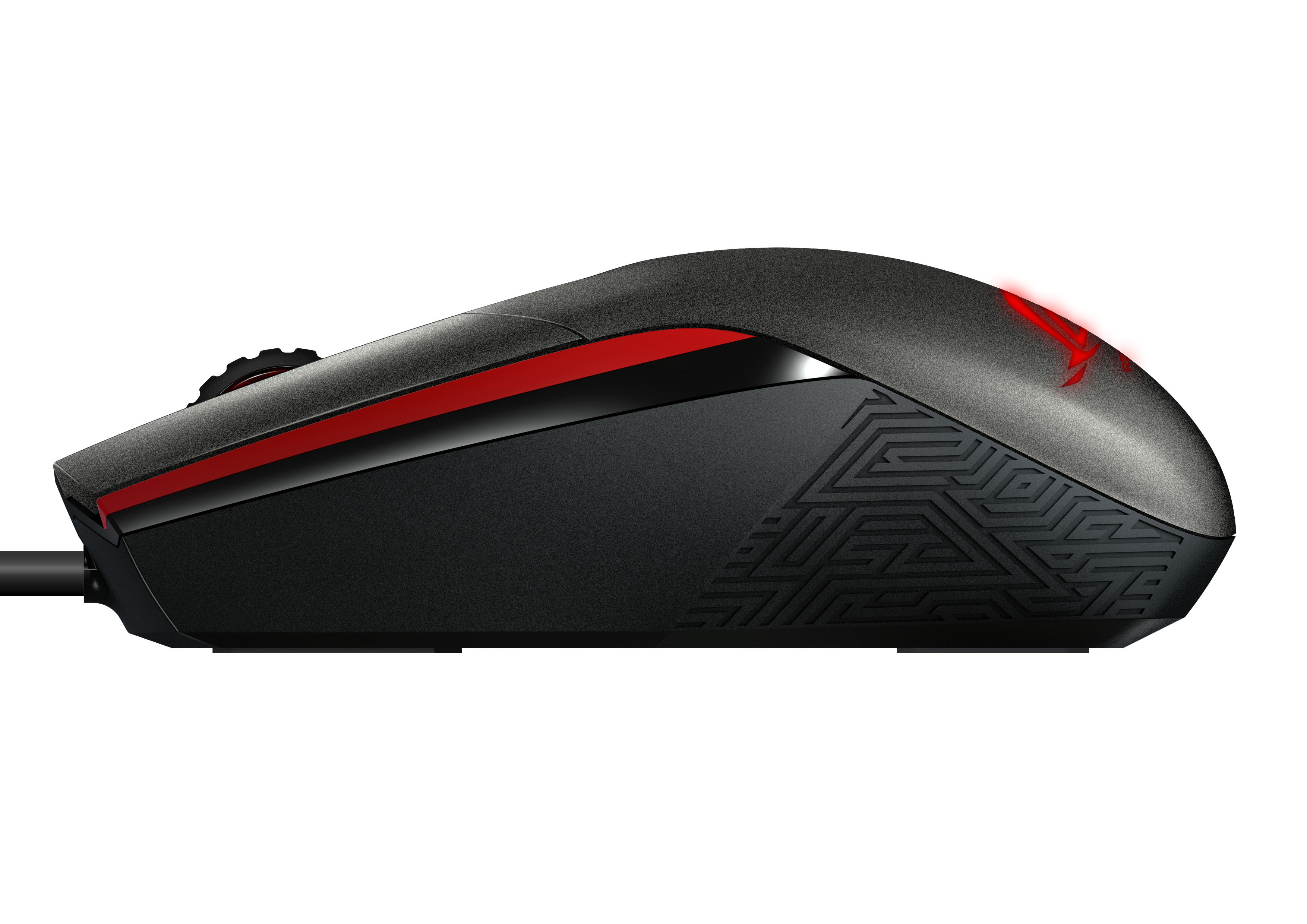 In the past, Taiwanese PC manufacture ASUS’ ROG (Republic of Gamers) brand used to simply be a way for consumers to identify the company’s high-spec motherboards and other desktop internals.

Today however, the ROG brand has grown to include full-fledged desktops, top of the line notebooks and even peripherals such as gaming mice and headsets. All with a focus on delivering gamers the kind of experience they want.

We have one such device in our possession. Meet the new ASUS Spica gaming mouse.

The Sica is the entry level model of ROG’s new mouse lineup which also includes the high-end Gladius and the Spatha. In case you are curious, all the mice are named after weapons of the ancient world. It is also supposedly targeted mainly at MOBA players with ASUS even getting League of Legends season 2 champions, Taipei Assassins on board to help optimize this mouse for the MOBA crowd.

All this would make it seem like the Sica really is the perfect wallet friendly gaming mouse for your digital battlefield. Or is it?

Read on to find out.

Design
Off the bat you will notice that ASUS went for a minimalist design policy for the Sica with a matte black and grey frame accented with red streaks by the scroll wheel and the red LED that lights up the ROG logo. There are also cool design flares, like these Mayan inspired designs to the sides to take away from that cold industrial aesthetic.

Just because its light though, doesn’t mean that it feels cheap. The Sica has really good build quality and it survived a few drops and my rather rough usage without looking any worse for wear. Some mice also have this issue where they creak if you press a button too hard or grip it tightly, but not with the Sica. 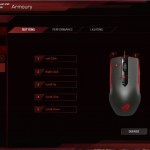 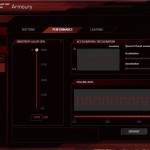 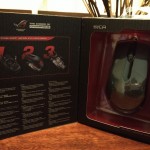 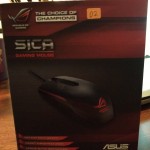 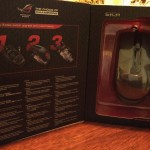 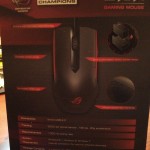 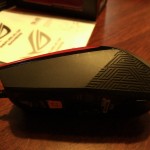 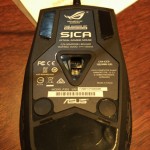 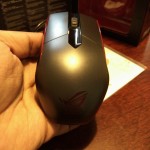 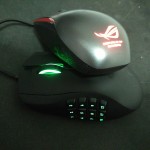 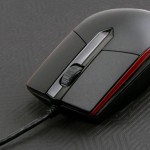 With the Sica’s hardware, ASUS made a very polarizing choice. Basically, the mouse has no macro buttons and only the 3 minimum (left click, right click and scroll wheel). In today’s world where mice like the Razer Naga have nearly 20 buttons and where most gaming-grade mouse have five, ASUS’ decision to only give the Sica the bare minimum seems at odds with modern gaming mouse sensibilities.

ASUS’ argument is that since the Sica is meant for a more competitive MOBA crowd, the extra buttons are unnecessary. However, as a pretty heavy MOBA player I love the extra buttons to activate items and use summoner spells in League of Legends.

The actual innards of the mouse are, on paper, really good and a great value considering the economical price tag. The Sica comes equipped with a Pixart PMW3310 optical sensor with 5000 DPI and Omron switches and like the Gladius, users can remove the back cover of the mouse and replace the switches with relative ease.

Another unique choice ASUS made was to make the left and right click buttons independent of the mouse frame. Most mice, even high end ones, have the actual buttons as part of the main body.

The logic, like with regular and mechanical keyboards is that having the buttons separated will give users greater responsiveness and a more tactile feel.

Software
To optimize your Sica usage, you will need ASUS’ ROG Armoury software. Like Razer’s Synapse, Armoury is your one stop shop for making tweaks like polling rates, DPI (50-5000), light pattern change, and to add acceleration or deceleration. The mouse also has flash memory to save one profile so that if you switch between computers, you can import your preferred settings.

The software is overall, clean and easy to use. It’s not as flashy as Synapse or Logitech’s G-Series software but it gets the job done. In the beginning it took a bit to get used to and having better tooltips would be a great idea.

Usage
What’s the best way to test a gaming mouse made for MOBA’s? Well, play a MOBA with it. For the test I replaced my usual Razer Naga Epic Chroma with the ASUS ROG Sica and played 5 games of League of Legends with it.

In the first match, the smaller size of the mouse and the lack of macro buttons meant that I was a confused mess but by game five, the Sica felt as natural as my usual mouse but with a few caveats.

The sensor seemed slower, the cursor seemed stiffer, it’s hard to explain and it really didn’t break my game experience but overall, it did not feel as smooth as my Naga.

I also tried the mouse in Diablo 3, Call of Duty and Command and Conquer 3: Kane’s Wrath and found that in Command and Conquer especially, the Sica did very well with the kind of twitch motion that RTSes demand. Even in CoD, the lightness of the mouse meant that it performed very well and the individual buttons made the shooting feel more responsive.

Grip also seems to be a problem for me. With normal size mice you use a palm grip so you are resting the weight of your hand on the mouse’s frame; however, the smaller size of the Sica favors a fingertip grip which after an hour or two starts to hurt my hand. The Sica seems more appropriate for short bursts of heavy gaming rather than extended sessions.

Conclusion
The ASUS ROG Sica is a great little mouse. Its no frills approach, sleek design, and MOBA-ish build means that for an SRP of S$79 (with 2-year warranty), it’s a pretty good weapon of choice for gamers of that genre. If however, you’re a considering a more all-rounder mouse, consider the ASUS ROG Gladius instead.