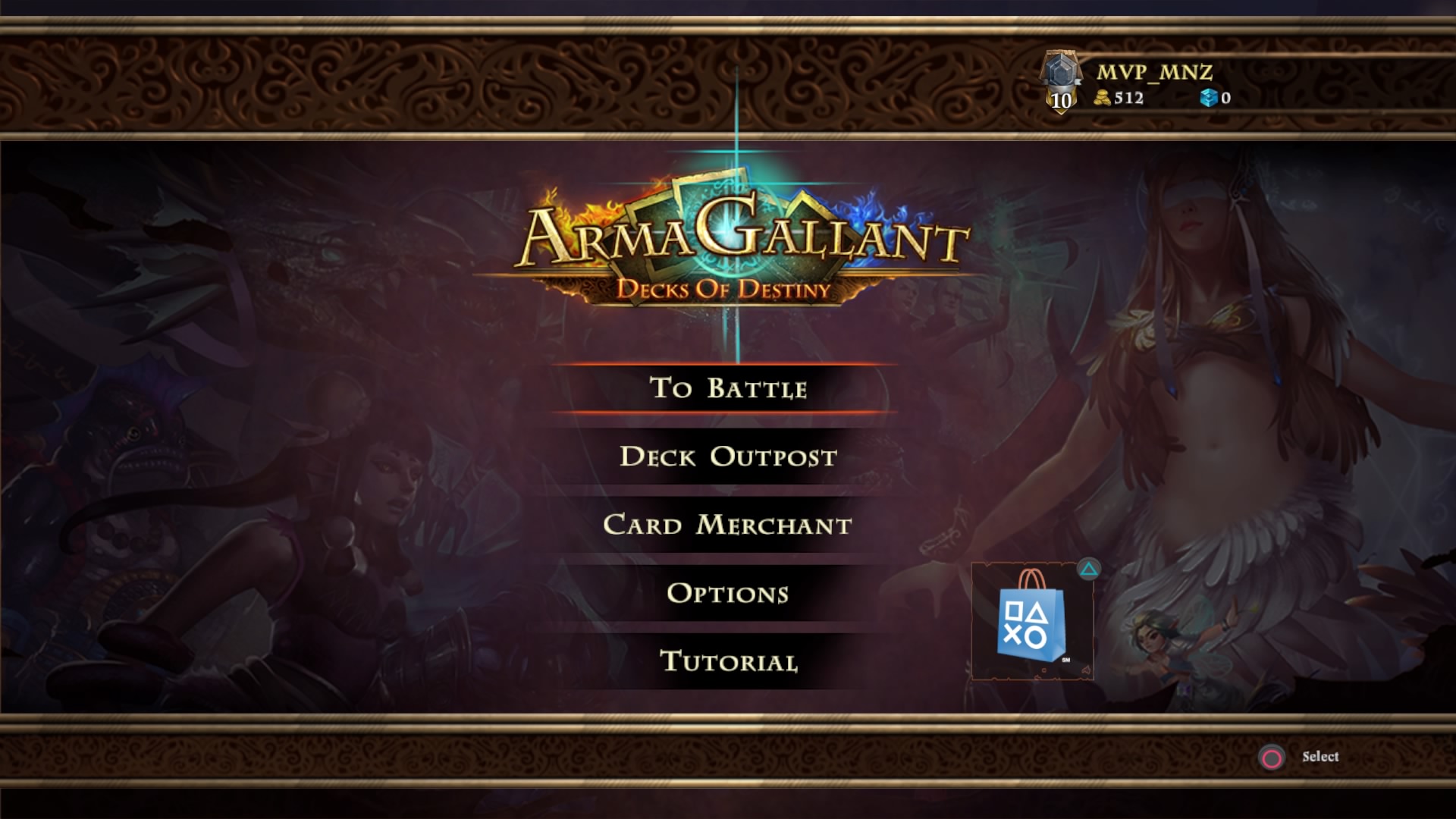 ArmaGallant: Decks of Destiny certainly is a mouthful when you want to talk about it with friends and peers, so I’m going to refer to it as ‘ArmaG’ in this article.

I grew up addicted to Magic: The Gathering, so in the absence of this title on the PS4, I pounced at the release of ArmaG at launch, sweetened by the exclusive offer for PSN members. I’m also receptive to real-time-strategy (RTS) games since the days of Dune, Command & Conquer and Warcraft, so seeing a fusion of two likeable genres, I expected ArmaG to be another title that I would grow to love and invest my time in. After all, I have made similar investment in past Magic: The Gathering (MTG) games and recently on Clash Royale.

Getting to know the basics of ArmaG through the tutorial was a breeze, and there are some interesting ideas and artwork in the card library. While the game boasts about different elemental energies to choose from (Water, Fire, Earth, Light and Dark), there is no story campaign to allow you to sample playing as or against them, other than an objective to eradicate the enemy in order to complete the tutorial.

When you are left on your own, the learning curve becomes steep. This reminded me of the first time I picked up MTG back in 1997. Before I understood the concept of card synergy and mana proficiency, I made many terrible drafts, careless moves and weak strategy ideas. While MTG advises you to keep your deck to 60 cards, ArmaG restricts its deck to 40. This mean having to pore over the card details and figuring out a theme. There is currently no online database on these cards for players to refer while they are away from the console. For some (and for me at least), studying the card details on a TV screen for a prolonged period can induce eye fatigue.

ArmaG attempts to marry Real-Time Strategy (RTS) elements into the game. While this is clever, the one map in which all battles take place is too large. It feels overwhelming having to switch to various locations and micro manage each unit. The developer could have considered a smaller map that fits the screen without the need to scroll around. Like MTG, one of the attraction of ArmaG is in the artwork of the cards. While there is no flavour text, seeing the units in action is quite a joy. Alas, there is no way to zoom in or change my camera perspective on the battlefield, as shown in some of their trailers and transition artwork.

If you can persevere over multiple defeats, some of your deployed characters will gain XP and tiny amounts of gold. These gold units can be used to buy booster packs, but if you can’t wait, you can purchase crystals with real money. The lowest denomination is 120 crystals for S$2.80 and 100 crystals will get you a premium booster pack of 5 cards.

This is a bold monetization approach considering that many similar games adopt a free-to-play model. ArmaG charges a high fee to get players enrolled and then encourages you to spend more.  At S$54, I thought it should have come with a couple of premium booster packs or at the very least, a decent starter pack.

I might consider coming back to this game if the cost of in-game booster packs are revised or if the developer rewards early adopters with bonus packs. There also seems to be a Virtual Reality version in the works, although you’ll have to wait for the PlayStation VR to be released later this year to play in this mode.

ArmaGallant: Decks of Destiny is developed with Rock Nano Global and published exclusively for the PlayStation 4. A digital code was provided by the developer for this review.

Neezum has been exposed to many videogames since the '90s. Nowadays, he tries to juggle his passion amidst other commitments with a wife who doesn't share the same hobby.
Previous post Kritika SEA enters closed beta until May 30
Next post Review: NVIDIA GeForce GTX 1080 – One card to rule them all