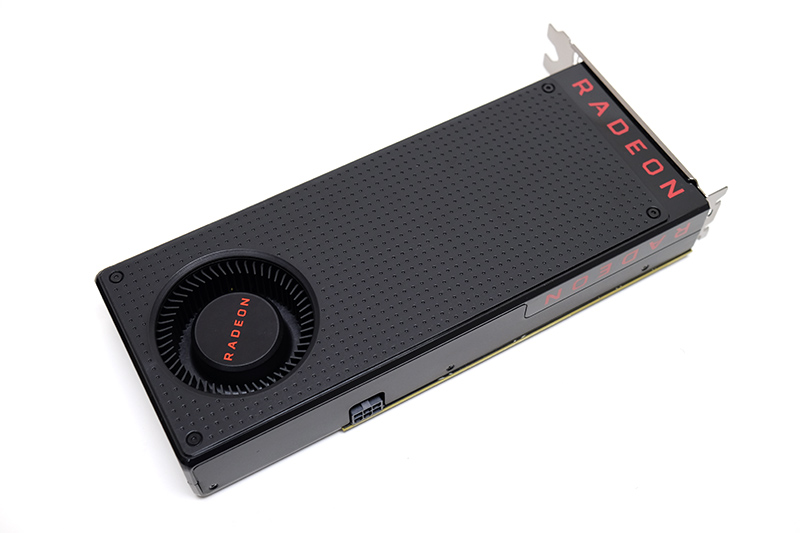 We’ve said it before, but we’ll say it again. These are some exciting times to be a PC gamer. Following the launch of the Pascal-based NVIDIA GeForce GTX 1070 and 1080 – both of which offered unprecedented levels of performance at their respective price points – AMD announced the Radeon RX 480 at Computex 2016 at a staggeringly value-oriented price of just US$199 for the 4GB version.

More interestingly, AMD made the tantalizing claim that two Radeon RX 480 cards in CrossFire would perform better than a single GeForce GTX 1080. That meant that you could theoretically surpass NVIDIA’s US$699 flagship for less than US$500, which added points in the value department once again (if CrossFire works out well everywhere).

Since then, AMD has completed its Polaris product stack with the announcement of the Radeon RX 460 and 470 at E3, both of which target gamers seeking more value oriented options that can still tackle some level of VR gaming and high performance non-VR performance respectively.

That actually sets quite an interesting tone for AMD overall. Until Vega – AMD’s next-generation performance silicon – launches, it looks like the red camp will not be competing directly with NVIDIA’s high-end Pascal cards. Instead, AMD has set its sights on appealing to the masses, and given the price of the RX 480 and the performance it offers, that may just turn out to be a rather sound decision.

Making VR affordable
The Radeon RX 480 features 36 Compute Units (CUs), for a total of 2,304 stream processors and 144 texture mapping units (TMUs). The number of CUs actually puts it somewhere between the Radeon R9 380 and 390X, but at a much lower price than the latter. Our review unit is the 8GB model that’s priced at US$239, which is slightly more expensive than its 4GB counterpart.

It is clocked at a 1,266MHz base clock, and boasts up to 5.8 TFLOPS of single-precision floating point performance, which isn’t that far behind the 6.46 and 8.9 TFLOPS the NVIDIA GeForce GTX 1070 and 1080 offer respectively, especially when you consider their prices.

The reference design has a fairly short PCB, although the blower-style fan extends beyond that. But because of the vents on the top of the card, it looks like the fan might actually exhaust some heat into the case, and not just out the back of the chassis. The cooling shroud is constructed of plastic, and the dotted grid pattern is reminiscent of the design we saw on cards like the Radeon R9 Fury X.

Round the back, the Radeon RX 480 sports three DisplayPort 1.3/1.4 ports and an HDMI 2.0b connector. These are essentially the latest display standards, so the RX 480 supports things like HDR video and higher resolution displays with higher refresh rates, for instance standard definition 4K video at 120Hz.

This is also AMD’s first GPU to be based on the new and more efficient 14nm FinFET process, so we can expect power savings as well (more on that in the results section). When it comes to power consumption, the card has a TDP of 150 watts, which means it still requires a 6-pin PCIe connector. That’s pretty low in and of itself, but we can’t help think that it’s actually not that impressive – despite AMD’s emphasis on how efficient Polaris is – because the NVIDIA GeForce GTX 1070 has the same TDP and is so much more powerful. The GeForce GTX 1080 also isn’t that much more power hungry at 180 watts, so AMD isn’t really breaking any new ground in the power consumption department at least.

That aside, the card forms the crux of AMD’s pitch to make VR affordable to a wider audience. The company noted that only the top 16 percent of PC users purchase graphics cards that support VR games and applications, and the overwhelming majority make do with cards in the US$100 to US$300 price range. Normally, those cards wouldn’t be powerful enough to handle the demands of VR gaming – AMD puts the proportion of VR-capable PCs at just 1 percent of the 1.43 billion PCs globally – but that’s exactly what the company wants to change with the RX 480.

In short, AMD says the card will bring about more affordable and compact VR machines.

And now for the card’s performance. It’s definitely not in the same class as the GeForce GTX 1070 and 1080, but for its price, there’s really little to complain about.

It was even slightly faster than the GeForce GTX 970. In the same Fire Strike Extreme benchmark, the Radeon RX 480 was around 2 percent faster. That’s not a groundbreaking amount, but it’s impressive given that the street price of the GeForce GTX 970 is still upward of US$260 today.

Ashes of the Singularity

Ashes of the Singularity is known for its use of asynchronous compute, and the Radeon RX 480 proved that Polaris could benefit from the move to DirectX 12 as well. At 1080p and High settings, switching to DirectX 12 brought about a fairly significant 33 percent improvement.

The Polaris’ card performance relative to everything else also conformed to what we observed in previous benchmarks. It traded blows with the GeForce GTX 970 – the latter held the advantage at the least taxing settings, but the Radeon RX 480 gradually muscled its way to a lead as we cranked the graphics and resolution up. It was also once again behind the Radeon R9 390X and Fury, but if we’re talking about merely pumping out playable frame rates for casual gamers – say, the bare minimum of 20fps – the Radeon RX 480 actually manages to deliver at even the highest settings. What’s more, the RX 480’s performance wasn’t even that far off from the GeForce GTX 980.

Hitman is the other DirectX 12 title in our benchmark suite, and thus far, it’s proven itself to be a reasonably trying game to run at a quad HD resolution and Ultra settings. Having said that, the Radeon RX 480 happily put out just over 50fps, well within the playable range. Again, the card demonstrates that it is quite capable of handling 1440p gaming despite its less than premium price.

Going after the mass market
After getting a taste of what the NVIDIA GeForce GTX 1070 and 1080 offer, some might say that the Radeon RX 480 is considerably less exciting. We wouldn’t even fault you for saying that. Yes, it is less exciting because it doesn’t exactly bust the ceiling in terms of new performance levels, but there’s so much more to the value of a card than just how fast it is.

For one, how well does it satisfy its target audience? We could spend all day obsessing over the latest flagship cards, but the fact remains that the vast majority of gamers and system builders simply don’t want, or don’t see the need, to part with so much money just to get the newest enthusiast-level card. That’s where product differentiation comes in, and it is also why AMD is explicitly going after the man on the street with its Polaris cards.

AMD’s pitch is quite specific. It wants to make VR gaming affordable and banish the notion that you need an expensive, high-end system to run VR games. In that respect, the RX 480 has succeeded quite well. To put things in perspective, consider that the minimum requirement to run a VR headset like the Oculus Rift is the NVIDIA GeForce GTX 970. And as we saw in our performance benchmarks, the RX 480 is in fact faster than the 970. Sure, it isn’t faster all the time, but it does come out ahead more frequently, and also has more video RAM and memory bandwidth to cope with the demands of VR games.

The best part is probably the price. At US$199 for the 4GB model and US$239 for the 8GB model, it’s hard to argue against the value that these cards offer. In comparison, the GeForce GTX 970 was priced at US$329 just last year, which means the cost of getting a VR-ready system effectively dropped by US$100 in under a year.

We could even draw some parallels between what NVIDIA did with its Pascal cards and what AMD is doing with the Radeon RX 480. While Pascal delivered ultra-enthusiast performance at more ‘mainstream’ (sort of) prices, Polaris is bringing VR-ready – also thought of as a high-end pursuit – performance to the budget segment.

The other interesting takeaway is the fact that AMD has seemingly retreated from the high-end market this year. This is actually a move that might work out really well for both the company and consumers. NVIDIA’s Pascal cards are great, and it’s difficult to see AMD topping them this year. So instead of releasing another high-end architecture that only trails behind NVIDIA, AMD decided to play in a different market segment and go after budget-conscious gamers who still need decent performance.

This way, AMD gets to woo buyers without the shadow of NVIDIA looming over it (not too large of a shadow anyway), and consumers get their pick of cards that offer great value. The average gamer doesn’t need a GeForce GTX 1080 (even though everyone probably wants one), but they have every reason to seriously consider the Radeon RX 480.

(Written with input from HardwareZone.com)

Aaron Yip is an industry veteran with more than 15 years of experience. When not spending time on his gaming PC and consoles, he can be found in Hyrule solving ungodly puzzles and collecting gems.
Previous post Final Fantasy Brave Exvius out now
Next post Don’t Miss: Pocket Racers GT Competition