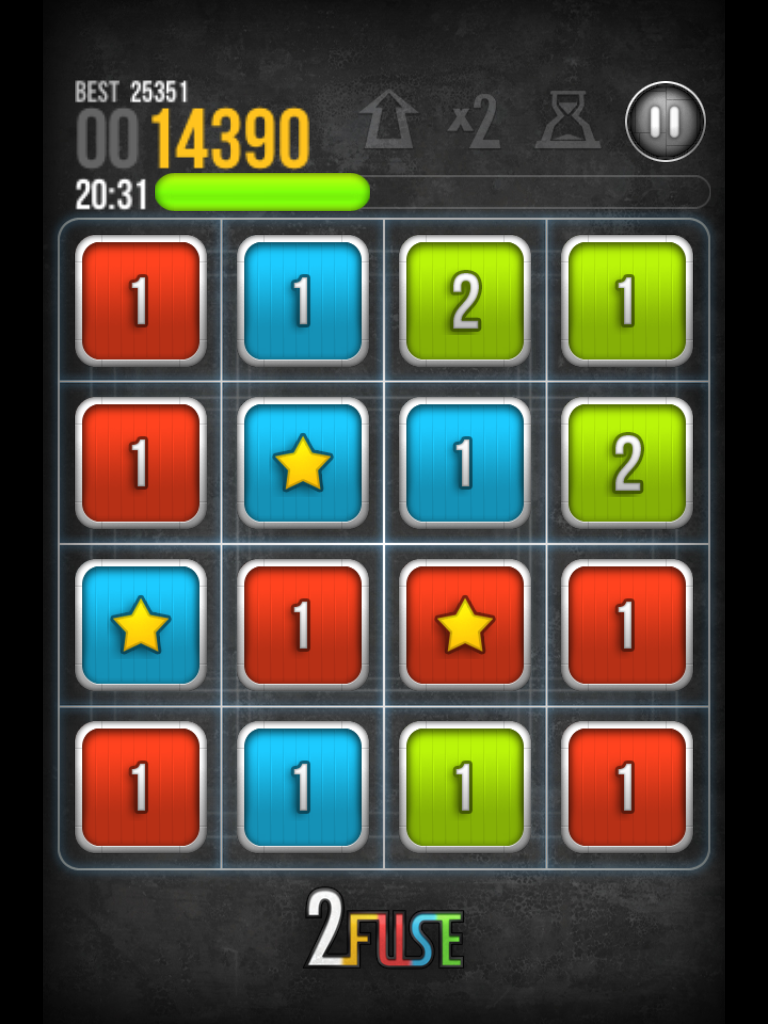 2Fuse is a delightful action game where you must match tiles to each other in order to build up the highest scoring combos. Created by local indie devs Mojoforest, this exciting, fast-paced game has a very original premise, and is definitely one of the better games we’ve seen coming out of Singapore.

2Fuse has you matching the tiles with the same colour and number to each other. Two ‘1’ tiles put together give you a ‘2’ tile, and two ‘2’ tiles give you a Star tile. Matching two Star tiles together is the culmination of the combo. Each tile matchup clears one of the two tiles involved to make way for a new tile.

Each tap in-game is accompanied by a little noise that rises in pitch as your movements get more frenetic. That was probably the best part of 2Fuse for me – the audio made the game. Upon the game’s end, you’re also treated to the sound of glass breaking. That was a little odd, but surprisingly not out of place.

2Fuse is a simple game, but I liked that the gameplay was smooth and very polished. There were no odd moments to jar your experience, and while the shop did boast a freemium add-on, the other items that could add to your gameplay, such as a 10-second freeze frame or a bonus of extra stars – were available for purchase with volts – the in-game currency.

2Fuse is available for free on the App Store. Enjoy it! I’ve put in several hours since playtesting this, and doesn’t look like I’ll be stopping anytime soon.

2Fuse is developed and published by Mojoforest, a local indie games developer. It is available for free on the App Store, for the iOS. Check back soon for our indie spotlight on the devs themselves!

Previous post Nintendo Joining The Microtransaction Foray, NSMB2 Will Have DLC
Next post Win A Louis Vuitton Artsy With AIKASEA