Resident Evil 7: Biohazard (PS4) is a return to the franchise’s horror roots 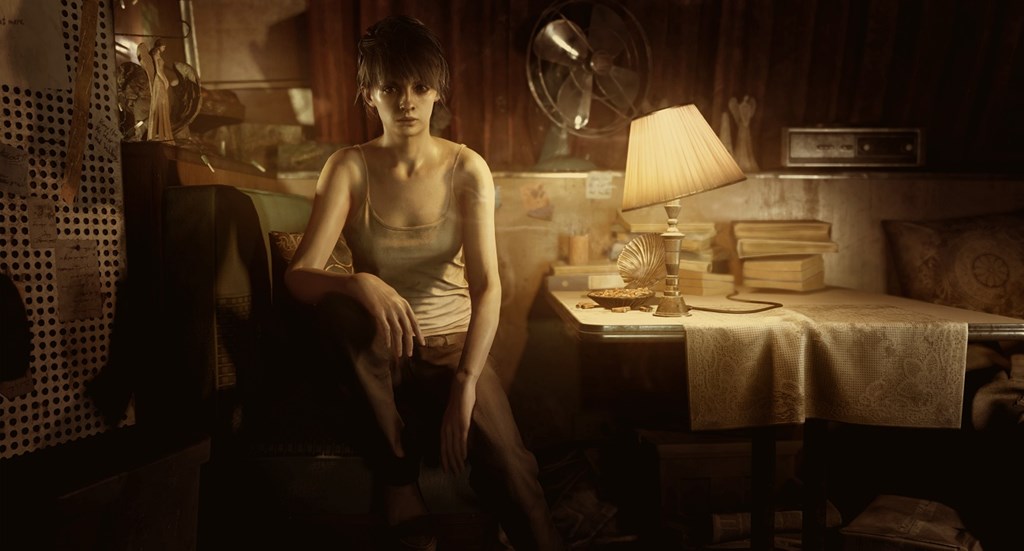 Whenever I play a horror game, I usually prefer to do so in the company of my Horror Game Buddies. I have this irrational notion that a horror game is somehow less scary when played with friends, whether that’s because I think the horrors won’t affect me in the presence of others, or that my friends can take over for me when the going gets too rough. This is especially irrational considering Resident Evil 7 – for not only did the horrors of the game affect me more in the presence of my friends, but we all fought each other not to be the one to play the game next.

You see, throughout my playthrough of the game with friends, their high-pitched screaming only further amplified every jump scare. One of the Baker folk would pop out on the screen unexpectedly and I couldn’t even attempt to stifle a scream because right next to me, my friend would lose it entirely, and as a result, I’d lose it too.

And as for my second reason to play horror games with friends, I couldn’t even get my friends to take the controller for long. Whenever they had to play sections of the game on my behalf, all I ever heard was “I can’t do this”, “I hate this game”, “no, no, no I can’t. I can’t do this”, and “I need a drink”.

But at the very least, I could capture their opinions of the game alongside my own, which is quite simply – Resident Evil 7: Biohazard IS A (insert expletive) SCARY GAME.

So at a very fundamental level, Capcom has achieved what it set out to do. Which was to bring back proper HORROR to the franchise. What’s more, they went knee-deep into grindhouse territory, eschewing conventional supernatural-esque horrors for something a little more dirty, grimy, and downright grotesque, rendering this game wholly frightening in a unique way. Imagine a towering, imposing redneck full of rage and insanity approaching you down a narrow, cramped hallway in a derelict house, and your only way forward is through him, and turning your back on him is helluva scary thing to do – well, that’s Resident Evil 7 in a nutshell, and there are plenty more scary things roaming the halls.

While Resident Evil 7 clearly took inspiration from P.T. and Alien: Isolation (pinnacle horror games in their own right), it transcends both those games in its own way. The first person perspective and roaming of a “haunted” house in RE7 is clearly reminiscent of P.T. but the difference is that Hideo Kojima’s P.T. is and will always be a Lemarchand’s box – a deliciously cryptic puzzle of horror – and requires Kojima’s brand of genius to put together. RE7’s setup/mystery is a little more bland, a little simpler – a dark story of a family turned bad and the unfortunate victims to have gotten sucked up in the tragedy – but to its credit, this simpler, less cryptic narrative is enjoyable to follow in its own way.

Despite it being scary and incredibly tense throughout, the player is compelled to keep moving because the plot beats, the narrative unfolding is both literally and figuratively around every corner. The “haunted” house setup works so well, because geographically speaking, objectives are always not too far away, and whenever my friends and I would say “okay, this is too much, we need to stop”, the mission readout would say (paraphrased) “Go into this room, it’s just a couple of steps in this direction”.

This is in direct contrast to another horror game similar in mechanics and premise to RE7 – Alien: Isolation. In Alien: Isolation, you run and hide from monsters, while collecting and achieving objectives. Unfortunately the layout of the spaceship in Alien: Isolation is so open and sprawling, that it just ends up being a confusing chore to navigate. RE7’s house is not actually that huge, and pathing happens in a more linear fashion, and the puzzles are more akin to simple brain teasers, but at least they make sense and are easy to solve. This is a very, very good thing in making a player more compelled to finish the game. Some people may be disappointed to know that Resident Evil 7 is not a 100% purist survival horror experience, i.e. run like hell, hide like hell, no ways to fight like hell. On Normal difficulty (Hard was not available for first playthrough), enemies do take several shots to down, but it never feels like they are too hard to kill (or stop in their tracks), and I’ve never needed to hide. Yes, I’ve had to kite enemies, and lead them around in circles – which kudos to the devs, the house is well designed for juking – but I always feel more like Dutch versus the Predator, rather than a powerless little girl running away from the Scissorman in Clock Tower. Making the power struggle between protagonist and antagonist more balanced is a good thing.

The only annoying bits are during “boss fights”. These are triggered events where you are placed in a trapped location, and must fight the boss to progress. And these fights are really nothing more than “avoid getting hit” and “empty all your ammo” into the enemy – with no sense of when they are going to die or if there is a more clever way to defeat them without expending hard-earned ammo. The game could do without these brainless bits, and it’d be a near-perfect game.

The best part of the game is the graphics. Till they released the demo back last year, I didn’t even know Capcom had such an amazing graphics engine like this up their sleeve. And boy, it really shows, the incredible detail and fidelity, even on the PS4. It’s so good, I’m tempted to crank this up to eleven on the PC next. The game’s visual fidelity pops up even more, if you play it on a PS4 Pro with a 4K television that supports HDR. The way the grime permeates into every part of the rundown house, the floorboards and wooden rafters looking warped, the everyday objects strewn about covered in dust and cobwebs, how the house seems to close in on you, the lighting playing tricks with your eyes, and the Baker family feeling as real and crazed as ever.

I imagine the PSVR experience for this game would be insane, but only if your body allows for it. While the game isn’t overly long, some would likely get motion sickness an hour or two into the game on it.

I’m excited for Capcom, for putting out a game like this. It shows that they are fully aware that if they don’t innovate, or pivot from what the Resident Evil franchise has been, they would be running an incredible IP into the ground. This is an essential horror gaming experience, that as many people as possible need to play.

PS. A small thanks to my mates who suffered alongside me.

Jun Shen is an occasional contributor of words to the Internet. But he is not a "journalist", and he is not a "writer". He has played a ton of games in his short life though (as if that’s any real qualification). He does however have a day job in the games industry.
Previous post Ghost Recon Wildlands closed beta coming February 3–6
Next post Mass Effect: Andromeda latest trailer reveals villain and cast members