Home / Breaking News / Review: The wait for the Resident Evil 2 remake has been worth it

Review: The wait for the Resident Evil 2 remake has been worth it 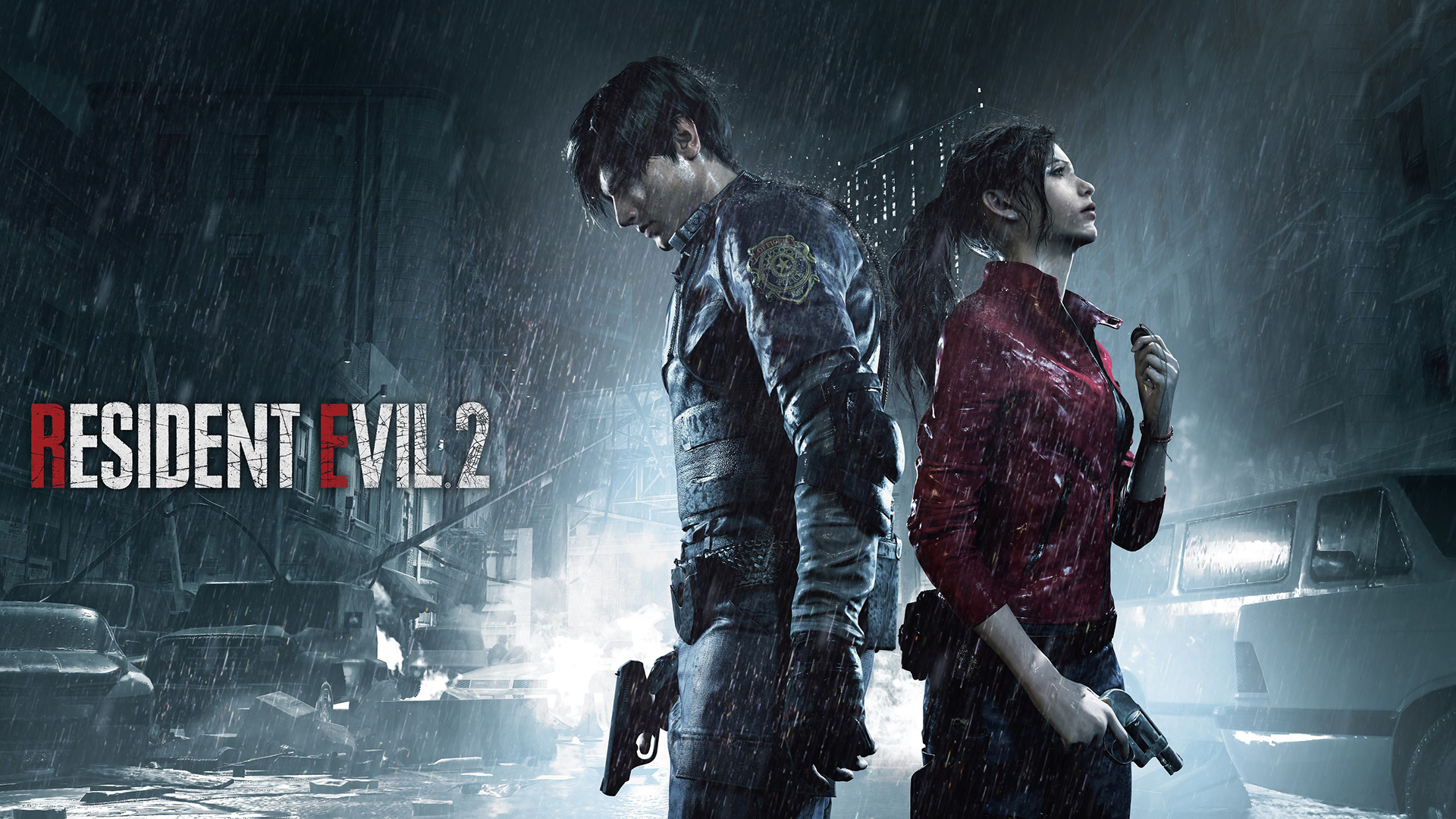 It’s been more than a decade since I last played the original Resident Evil 2 at launch. To this day I know more about Raccoon City than my own neighborhood, so when Capcom decided to remaster this horror classic you can bet I jumped on it the first chance I got. And boy, has the wait been worth it.

Does anyone remember the GameCube remake, which now stands as one of the best examples of how to get a remake right? Well, this new Resident Evil 2 blows that clean out of the water. Capcom’s gone back to the drawing board for this one, updating the game so that it feels completely fresh but, in many ways, still nostalgically familiar.

The basic story beats have been remixed in some cases, for example Leon and Claire meeting up at a gas station instead of a diner. They then drive to Raccoon City before getting separated by an out of control tanker – familiar, but not a carbon copy. Of course, the two characters still have their own stories, and while the ‘Zapping’ system of the original doesn’t return there’s still an alternate campaign — with different item locations and enemy placements — to explore once you’ve cleared the game. Think of it as a new take on the B-side stories.

There are some weird omissions, like there being no hidden Brad Vickers zombie shambling under the Police Station’s entrance if you don’t collect any ammo; Marvin now meets you in the main hall instead of the east office; and your initial rush through the infested streets of Raccoon City is much, much shorter. Then there’s Mr. X, who now stalks you like a teaser version of RE3’s Nemesis.  Since there aren’t any loading screens between rooms, he (and other enemies!) can mercilessly chase you around the place. 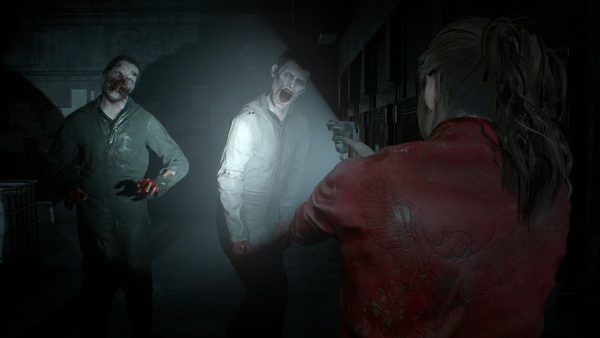 I’ll let that bombshell sink in for a bit. The trench-coat-and-fedora Tyrant is relentless in his pursuit, and NOTHING you do will stop him for long. You can shoot him to stall for time, but it’s mostly a waste of effort and precious ammo. After seeing that, I sincerely hope Capcom starts work on a Resident Evil 3 remake just to see how terrifying Nemesis can be.

The damage modelling on the infected is incredibly impressive too, with bits and chunks blown off whenever they get shot. Arms and legs can now be dismembered, while headshots are gloriously visceral events. All that said, RE2’s zombies are masters at playing possum — unless you’ve blown off their head, they can still get up when you least expect it.

Ironically, while the damage modelling is great, I’m not a fan of how spongy these zombies are. They take an insane number of bullets to kill, even with consistent shots to the head. Unlike the action era of RE4 to RE6, you can’t follow up headshots with a powerful melee blow. In fact, you don’t even have a durable knife this time around as RE2 assigns it as a secondary weapon.

These secondary weapons can be used as a get out of jail card when zombies grab onto you. The downside is that you severely degrade the durability of the weapon, or outright destroy it, when you use them this way. What it boils down to is that you no longer have a consistent way of dealing damage when you’re low on ammo, and it honestly feels like a weird step back. 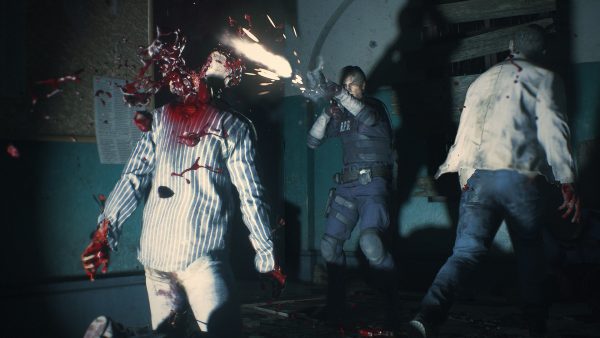 Inventory management is now a key part of the experience again, with the magic Item Boxes appearing in most safe areas. Capcom also, somewhat questionably, nixed the ability to drop items so backtracking can be quite regular when your inventory is full. Luckily, it’s not that hard to gain new inventory slots via hip pouches you can find, and your carrying capacity slowly increases as you play.

How long would that be? Well, RE2’s never been a lengthy game and the remake isn’t any different. My first time through took me a solid 6 hours plus, and that’s with me taking my time. Thankfully, there are a ton of hidden secrets that will keep hardcore players and long-time fans going, such as the unlockable Hunk and Tofu campaigns.

Capcom’s RE Engine has always delivered incredible visuals, and the visual quality in this Resident Evil 2 remake is hands down one of the best of this generation so far. The physics are no slouch either, with background elements influencing how enemies react to them. Zombies crumple to the ground realistically, Lickers menacingly rush you with their speed and agility, and even the infected dogs scamper around before they go for the kill. The third-person camera is great too, upping both the action and horror.

With all the impressive visuals being pumped out, it’s impressive that the frame rate stays silky smooth on the PS4 Pro. The game aims for 60 frames per second but only the upgraded consoles, like the PS4 Pro or the Xbox One X, come close to it. If you’re gaming on an older console then be prepared for some slowdown here and there. 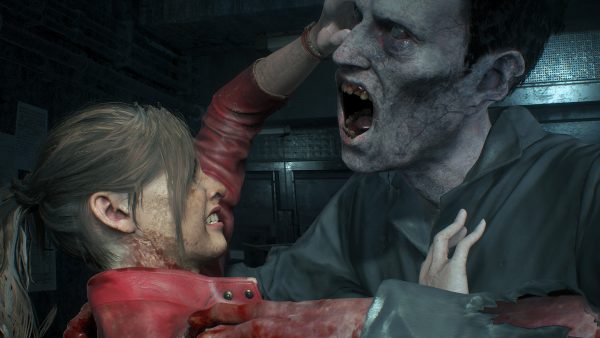 After the lackluster Resident Evil 6, it’s great to see that Capcom’s found the magic touch to make the franchise great again. Resident Evil 7 was a good return to horror, but the gameplay shift was a bit too jarring from the usual, whereas Resident Evil 2 feels just right – it’s packed to the brim with a perfect mix of action and horror. This is a great example of how a classic can be remade into something modern and better, and I can’t help but salivate at the prospect of a similarly remade Resident Evil 3.

2019 may have just started but it looks like we already have a Game of the Year contender on the list.

Resident Evil 2 (2019) is out now for PC, PlayStation 4, and Xbox One.
Developed and published by Capcom.
A PS4 copy was provided for review. 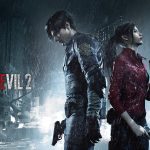 Sal's just your average hardcore gamer. He started gaming on the NES in the 80s and has been ever playing since. Sal doesn't care about which platforms games are on, only that he wants to play them all!
Previous post Respawn Entertainment drops free-to-play Apex Legends on PC and consoles
Next post Review: Kingdom Hearts III feels stifling when it should have been full of whimsy and magic