When I was a kid, I could see myself doing a variety of things when I grew up. Exploring space, making music, writing novels… you get the drift. However, having to play what is essentially competitive Japanese Tetris was NOT one of them.

Puyo Puyo Champions (or Puyo Puyo eSports if you prefer the Japanese name) is a tidy little spin on the long-running Puyo Puyo franchise. The premise is simple: link four or more similarly colored bubbles together in any way and they’ll go pop. After clearing a certain number of matches, your opponent will receive a grey bubble that can’t be removed normally. From experience, the only way to remove these grey bubbles is to detonate a combo adjacent to them, and they’ll go pop along with the combo itself.

Do that long enough and the grey bubbles will eventually clog up your opponent’s screen, setting them up to lose in classic Tetris fashion. That’s easier said than done, though, since your opponent will also be trying to do the same to you!

Of stacking bubbles and chaining combos

Informally put, Puyo Puyo Champions offers the usual fare of online and offline multiplayer, as well as practice matches against AI of varying skill levels. There’s also the new Fever Mode which grants you an occasional pre-set combo that you can use to rack up points and obstruct your opponents. It rewards combo-chaining and planning, instead of simply whittling down your opponent one combo at a time. 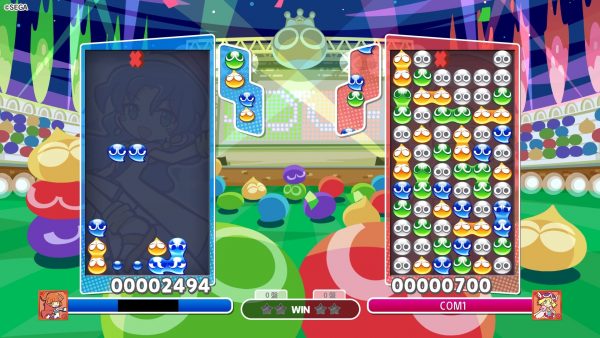 In an effort to make the game more beginner-friendly, developer SEGA has also included Boost Mode, which introduces an optional mechanic that provides losing players various head-starts in subsequent matches so they can try to close the gap. It’s a nice addition but I feel it doesn’t deal with the elephant in the room, which is the fact that the game’s focus audience are people who really want to get good, rather than a general demographic.

On that note, the Puyo Nexus site is an excellent reference point for beginners. Don’t worry about asking the wrong questions; they’re pretty nice folk.

Puyo Puyo is still fun, though

To the game’s credit, it’s good entertainment when you and the gang have nothing else to do. On top of that, it also does well in terms of presentation. Not only are the designs lively and visually appealing, but the voice lines also deliver the energy and enthusiasm that we’ve come to associate with Japanese games. So, no complaints there!

Adding on, the controls are also pretty intuitive so the game doesn’t waste time with a compulsory tutorial. If you’re already familiar with how things work, you can get right into the action. And even if you aren’t, it’s not rocket science either. On a side note, I’ll concede that it can get quite addictive when you get the hang of it — there’s just something inherently satisfying about chaining combo after combo, isn’t there?

Simply put, it’s minigame-style fun that doesn’t take hours, while still maintaining some small element of competition. Now here’s a way to keep the kids entertained while you prepare dinner, assuming they aren’t at each other’s throats by the time you check up on them.

Jokes aside, Puyo Puyo Champions isn’t without its flaws. Or rather, it’s just one big overhanging issue: the game is considerably niche in and of itself. Compare this to the well-received Tetris Effect or Tetris 99, which bring modern spins on the golden genre.

Couple that with being a title targeting the “competitive demographic” and it becomes even more so. So, while the game does have its party appeal, it’s arguably a once-off session and doesn’t hold a candle to stuff like Mario Kart in terms of replayability. 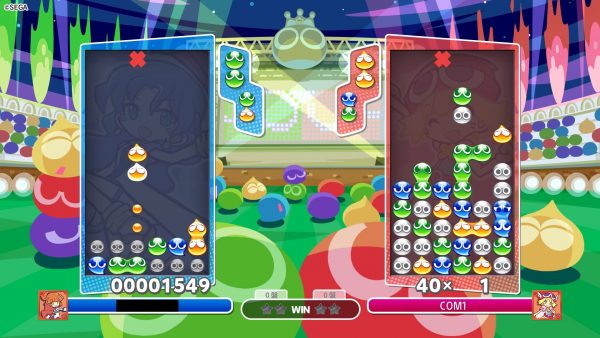 Basically, the game can get monotonous rather quickly, especially if you don’t intend to go competitive.

For lack of a better word, Puyo Puyo Champions is… sufficient.

From a regular gamer’s perspective, it checks most boxes that similar tile-matching games do, such as visuals, audio and “party fun” factor. However, buyers who expect a solid single-player experience will be left severely wanting.

That doesn’t mean it’s unplayable, because it doesn’t try to bite off more than it can chew. The game knows it shouldn’t include a campaign for the sake of it, so it doesn’t even try. Instead, it chooses to focus wholeheartedly on competitive matches, and there’s nothing wrong about playing to your strengths. That’s a good direction call on SEGA’s part.

Truth be told, it does pretty well in the competitive department. I daresay it’s one of the few games which actually benefits from putting all their eggs in one basket. 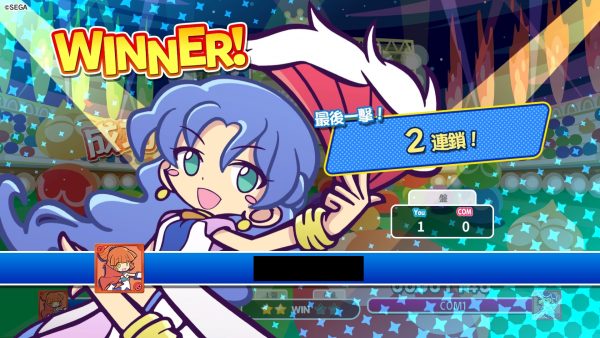 If you intend to dedicate time and effort into mastering those combo chains, then Puyo Puyo Champions is a solid and suitably paced starting point. 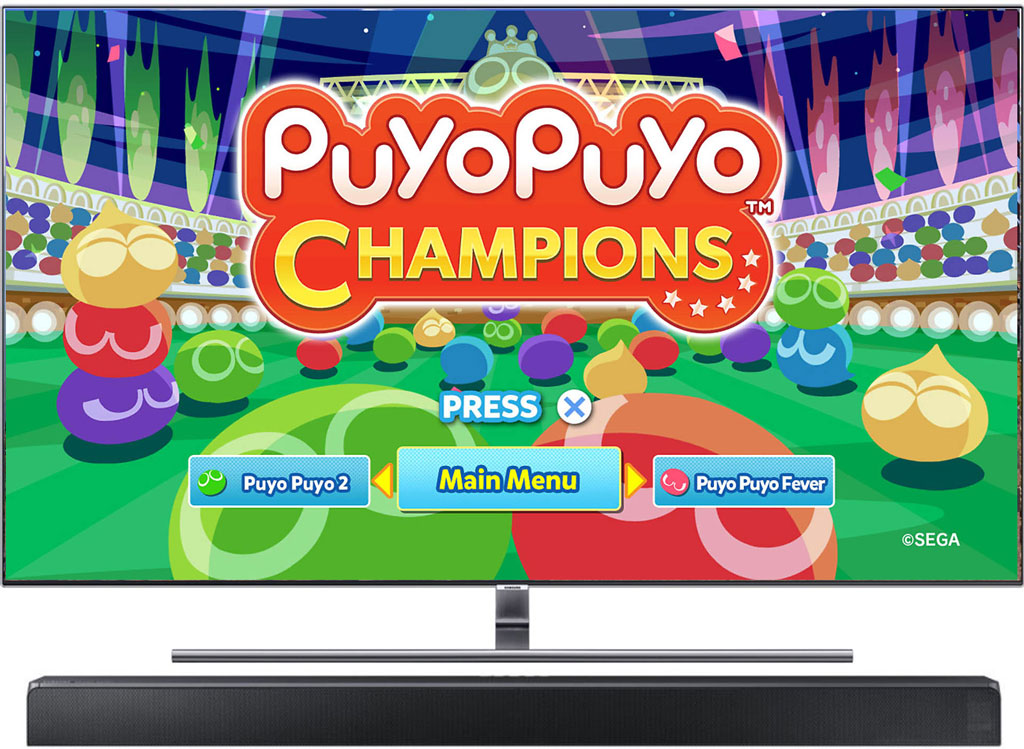 Puyo Puyo Champions is out now for PC, PlayStation 4, Xbox One and Nintendo Switch.
Developed and published by SEGA.
A PS4 copy was provided for review.

Kenneth is your dedicated jack of all trades gamer and borderline anime nut. When not writing, he likes to wind down with Overwatch, Apex Legends and a bit of Fate: Grand Order on the side.
Previous post The World Cyber Games 2019 has concluded! China takes four out of six gold medals
Next post Go karting in the city and more with the LOR Festival of Speed this Sep