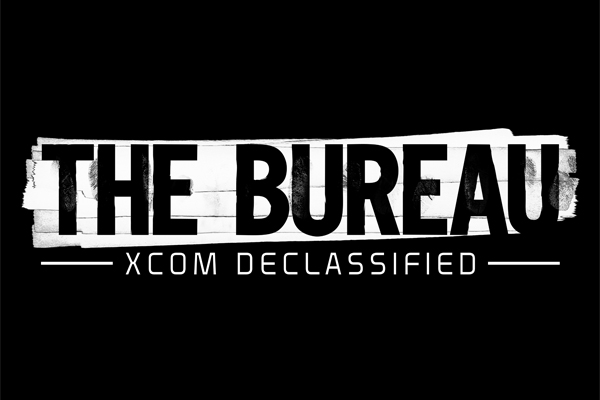 Extraterrestrials are no strangers to Earth, with plenty of alleged encounters for the enthusiast to pore over. Everyone already knows about the Roswell Incident of 1947 or the now-defunct UFO desk at the UK’s Ministry of Defence, but nobody has an idea of how close the aliens really are. Nobody knows because we’re not telling them – the folks over in “The Burn Room” are doing a mighty fine job of hiding this mess, and we sure as hell need every agent we can get right now. This is our hands-on preview for The Bureau: XCOM Declassified. Clear your cache after reading.

The one thing we can all agree on is that this game’s announcement started off badly. The initial XCOM shooter was such a departure from the tactical heart of the series that the community was absolutely brutal in its reception, prompting for an aggressive shift in design and a complete re-branding.  At last week’s preview, however, a single word was tossed out to aptly describe how we felt after the hands-on session: “surprised”. I think 2K Marin’s managed to nail it.

This is, of course, by no means the complete XCOM experience. Aside from the obvious difference of being a real-time, tactical third-person shooter, The Bureau doesn’t feature base building or research advancement. Instead, what it offers is a faithful adaptation of XCOM’s world presented through special agent William Carter.

To give a little background, The Bureau takes place in 1962 America, a time where great fashion and music is rained on by the omnipresent tension of the Cold War. Set as an origin story for the XCOM organisation, the group originally tasked for covert defence against the Soviet Union must now adapt to fend off an even greater invasion – one that comes with UFOs and plasma weapons (but thankfully no probes).

Playing as William Carter puts players as the squad leader, forced to make smart decisions on-the-fly. To show this off 2K dropped us into a mission that takes place halfway through the game, where the agents need to assault a defended base. The enemy wouldn’t be a pushover and we’d be decently equipped, so it seemed a fair compromise.

As expected, The Bureau handles like a typical third-person shooter complete with sticky cover. What’ll be alien to some, however, would be Carter’s Battle Focus ability. This slows down time to a crawl and pops up a radial menu with which you can queue up commands for your squad, in a style similar to Mass Effect 3. The controls here took some getting used to but more as a result of unfamiliarity than anything else. Rather than Enemy Unknown’s method of direct agent control, here you only mark out where your mates should take cover from or what to use on whom. It makes sense given the real-time nature of the game and proved to sustain tension throughout the mission.

Next thing I immediately noticed was the difficulty. In a welcome contrast to most shooters, The Bureau is refreshingly challenging.  It doesn’t take a lot for an agent to go down and while they can be resuscitated on Normal difficulty, there’s no time for a leisurely stroll over to your squirming pal. True to the XCOM spirit, the dead stay dead; having a rookie replace a veteran in subsequent missions is going to be a familiar pain for some. These agents gain new skills the longer they survive so there’ll definitely be some vested interest to your squad.

Thus the game calls for a lot of good positioning. Make use of cover (the full- and half-shield indicators are back), use everyone’s abilities and practice good fire discipline, because Carter’s pockets aren’t magically stuffed with ammo. There are pickups along the way but they wouldn’t necessarily be the correct type for your gun, so be prepared to swap out your prized weapons. These tactical considerations help to offset the frankly average gunplay which offers little to no punch, but when you’re juggling a Muton between your squad while Carter calls up a desperate team heal in the midst of fending off Sectoids… it gets exciting.

We didn’t get to see a whole lot of the story but were informed that The Bureau will have a stronger narrative focus.  It’s evident so far from the presence of dialogue and cutscenes scattered throughout the missions, but we’ve yet to see enough to form an opinion of whether it’s any good. That said, other aspects such as its visual presentation have been spot-on with the XCOM reboot stylings, making for a cohesive package for new and veteran players alike.

The Bureau is looking to be one of those spin-offs that do it right. I left the preview session wanting more and come 23 August, look forward to seeing how it all comes together. All credit to the team at 2K Marin for successfully turning the game and this sceptic around.

Ade thinks there's nothing quite like a good game and a snug headcrab. He grew up with HIDEO KOJIMA's Metal Gear Solid, lives for RPGs, and is waiting for light guns to make their comeback.
Previous post "Plants Vs. Zombies 2" Soft Launches In Australian, NZ App Stores
Next post The Robot Uprising In AVA's Battle Gear Beginz