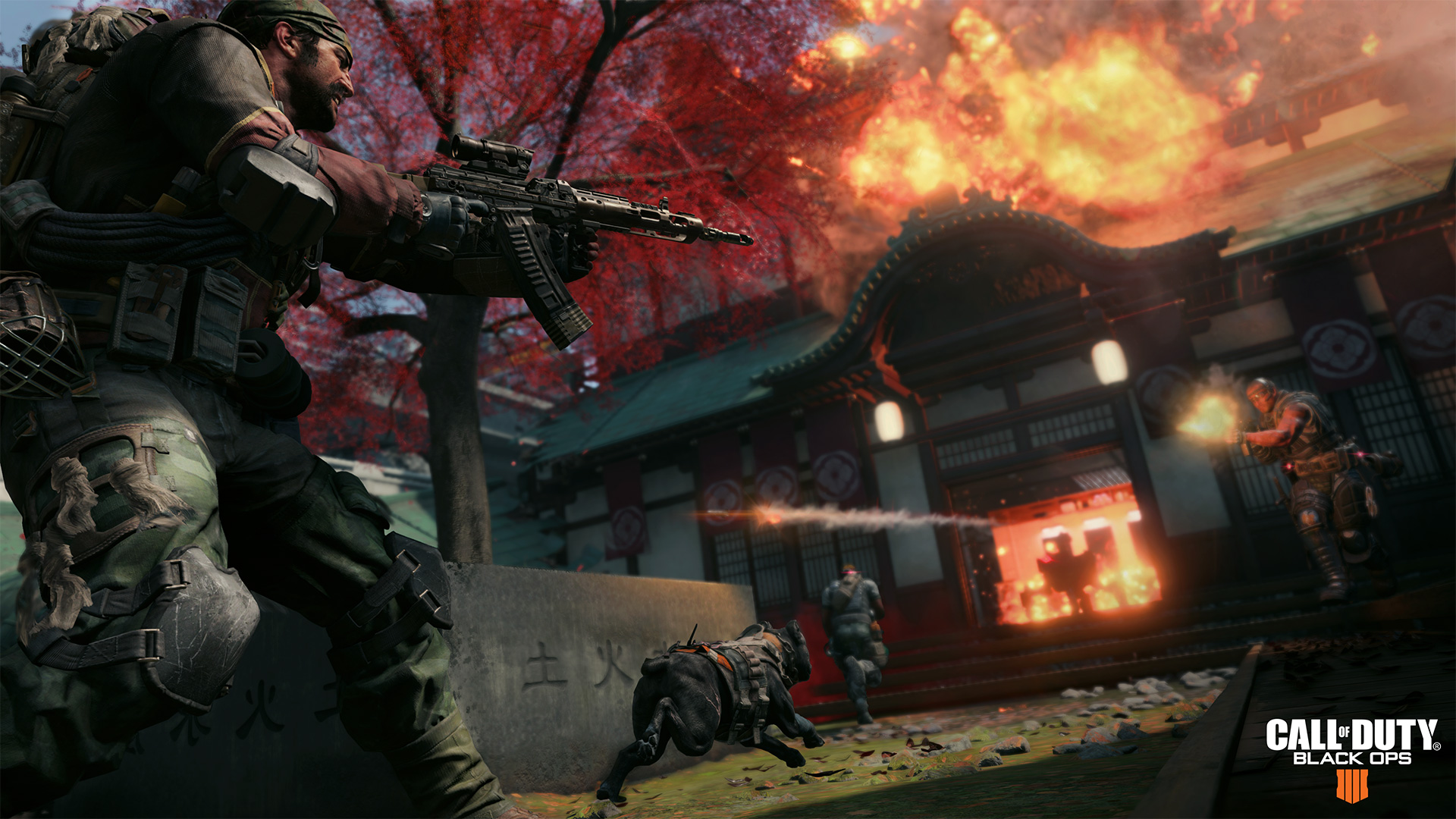 Call of Duty: Black Ops 4 has been gaining attention for all the wrong reasons. The nixing of the traditional campaign is its biggest hurdle to overcome, but at least the beta has shown that the series’ multiplayer is as solid as ever.

I’ll readily admit that I’m one of the few who wants a campaign mode. They’ve long been a staple of the Call of Duty series, one that shot to fame for its amazing World War II set-pieces back in the day. After playing the Black Ops 4 beta, it’s clear that they’ve sampled some of the biggest shooters in the market to try and compensate.

We have Overwatch influences with the addition of unique Specialists, and we’re getting a Battle Royale mode akin to Fortnite and PlayerUnknown’s Battlegrounds at launch. New additions aside, the core spirit of the Call of Duty multiplayer is still alive and well, with the same frenetic shooting as its beating heart.

Specialists do open up the game in relation to tactics, though personality-wise they’re pretty boring. Without knowing their stories or characters, it’s hard to really care for them unlike the thought-out heroes and villains of Overwatch.

Speaking of Overwatch, Black Ops 4 also apes the “Play of the Game” mechanic of showing showing the best moment from the match. It’s debatable whether the highlighted moment is the “best” — just like in Overwatch — but it’ll always play at the end of each round.

Each Specialist has a Special Issue item, like a Cluster Grenade, that’s available on a cooldown. I found these cooldowns a bit too long for my tastes, which left me hoarding them for that perfect moment. You can equip an Equipment Charge to shorten that cooldown, though it’ll take up a Gear slot shared by items like a health syringe or body armor. There’s still time for developers Treyarch to adjust those times, so fingers crossed. I also hope to see a numbered timer, in seconds, to denote how much longer you have to wait.

If you’re a Call of Duty regular, one thing you’ll notice is that Black Ops 4 has beefed up player health. Honestly, it’s the change I’ve enjoyed the most. Lasting longer in a match leads to lengthier, more fun gunfights, and you can even heal faster if you use equip the Stim Shot Gear.

What hasn’t changed is the classic run-and-gun gameplay, without any of the wall-running and enhanced movement options. The actual gunplay is still as solid as ever, each weapon feeling great to shoot, especially the ones unique to the different Specialists.

These Specialists are do not replace any of the basic of custom classes from the earlier games. “Create a Class” returns at player level 5, with Perks and Wildcards unlocking even later — par for the course for Call of Duty. However, what’s new are the Operator Attachments acquired via Wildcards, giving your chosen firearm a special modifier. I personally prefer LMGs, which has an ability modifier to suppress enemies within my line of fire. Sadly, not all weapons have these Operator Attachments.

Custom Classes also get their own Special Issue items, unlocked through levelling. Using this feature does overwrite the Specialist’s own, though, so you’ll need to synergize your play style to your chosen Specialist to be truly effective.

The beta had four available playlists with five different modes, and most of them should be familiar to returning players. All of them are playable on the five maps included in the beta. These modes can have up to 10 players in them, with a minimum of 8 needed to start. There’s drop-in support so players may join in the middle of a fight, ensuring shorthanded teams won’t be at a disadvantage for long.

For maps we had Gridlock, set in the ruins of a Japanese town; Seaside, an European coastal village; Contraband, a beach with ruined forts; Frequency, an industrial base; and Payload, a military installation built into a mountain. Like past games these maps are small, with multiple chokepoints for careless players to die in. I’ve never liked the typically-cramped maps of Call of Duty and Black Ops 4 hasn’t changed my opinion.

One thing I did notice is that the skyline is pretty obscured now, making it much harder to shoot down a UAV or any other aerial Scorestreak reward. You may have a launcher but they won’t count for much when there are buildings blocking your view. With UAV usage so prevalent in the beta, equipping the Ghost perk — which makes you invisible to UAVs when moving — a must-have item.

From what I’ve played, the Black Ops 4 beta is as fun as past Call of Duty games. There’s plenty that’s familiar, while new additions such as Specialists seem to liven up the gameplay up a bit. With tons of stuff still locked, it remains to be seen if there’s enough here to satiate fans who’d prefer a single-player campaign along with multiplayer modes.

Call of Duty: Black Ops 4 releases on PC, PlayStation 4, and Xbox One on 12 October.

Sal's just your average hardcore gamer. He started gaming on the NES in the 80s and has been ever playing since. Sal doesn't care about which platforms games are on, only that he wants to play them all!
Previous post New trailer shows off the Dreaming City, the huge endgame zone for Destiny 2 Forsaken
Next post Legendary Nobuo Uematsu to perform live in Singapore for the first time!