Preview: Resident Evil 7 biohazard does get better in VR 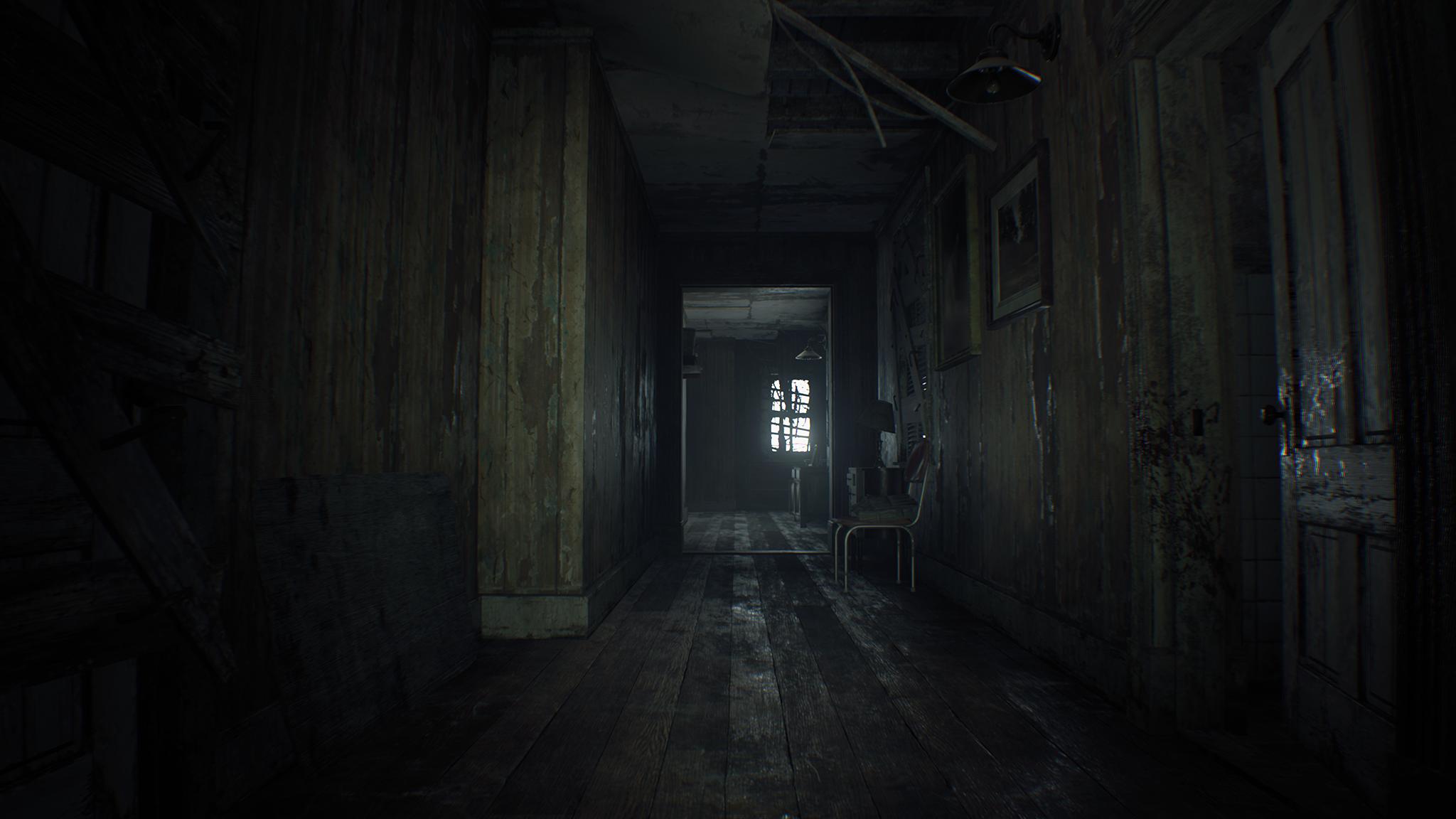 Resident Evil 7 biohazard is an important ambassador for PlayStation. The survival-horror game takes advantage of the PlayStation 4 Pro and the PlayStation VR headset, both of which are recent additions to Sony’s hardware line-up. Essentially, it’s been tasked with answering the question we’ve all been wondering: Is this new vision for gaming worth it? And more importantly, is it ready?

We recently had a chance to take a stab at those concerns. One test station had the Beginning Hour demo running on a PS4 Pro, while another had the Lantern demo on a regular PS4. Both consoles were hooked up to PSVR units.

High dynamic range, which the PS4 Pro supports, is no stranger. It imparts a greater amount of detail to areas which would have simply been blacks or blown-out whites before. The result is a far more natural gradation of light which, in a horror game reliant on atmosphere, makes all the difference. HDR has also been embraced by Microsoft, so it’s only a matter of time before we see more games supporting it. What surprised me about replaying the Beginning Hour demo was my apprehensiveness at the whole ordeal. I’ve played the ‘Midnight’ update, seen videos of it, and thus already know where the scary bits are, but VR makes it all feel terrifyingly fresh once again.

There’s an under stairs closet where dolls hang from the ceiling. A fairly creepy scene by most accounts, except I’ve grown jaded from years of Japanese horror games. In VR that space turned into a claustrophobic nightmare; the corners of my eyes were now telling me these mangled things were dangling above me, not safely behind a screen. If Capcom had made them turn to stare at me as I walked past, I’d have definitely ‘nope’ that headset right off my head.

That peripheral vision toyed at my irrational fears. I found myself closing doors when I had no reason to, simply because I didn’t want to risk seeing something move in the darkness when I passed by. I avoided looking up as much as possible because I absolutely did not want to deal with the possibility of someone – or something – following me from above. I knew there was nothing there but, damn it, I’m not going to look anyway.

Eventually, someone was following me once I switched over to the Lantern demo. You know that little jolt of adrenaline you get whenever you sneak past someone, not knowing whether they’ve noticed or have already started chasing you? And how you want to look over your shoulder so badly but shouldn’t, which only makes your heart pump just that little bit faster? Yup, VR is great at that.

There are times where I have to hide behind crates a mere meter or two away from Marguerite – my lantern-carrying pursuer – peeking through gaps and around corners just to assure myself that yes, this little spot is safe. There’s plenty of tension there since I’m not just holding down keys or nudging a mouse, but physically leaning from side to side. That basic act, combined with the peripheral vision, made that moment seem believable, if only for a second.

As much as we like to joke about our “immersive experience” when it comes to video games, you can’t deny that some titles just suck you right into their worlds. Virtual reality elevates that immersion to whole new levels yet, ironically, shortens the time we want to spend in it – nausea is real, folks.

While playing both demos I could feel the motion sickness building up, primarily from spinning the player body around with the right analog stick. There are options to control how fast you turn but it mostly serves to delay the inevitable. I doubt I would have lasted a full hour with the headset on, much less go through the full 20 hours claimed to be in the final product. It’s an odd dilemma as Resident Evil 7 genuinely shines in virtual reality. We can hop out of VR at any point, of course, but that almost feels like you’re short-changing yourself. I’d probably have a repeat playthrough because of this; unless you’re dedicated enough to sit through those dizzy spells, that is.

I need to point out here that the VR image quality on the PS4 Pro is noticeably better. You don’t have to pixel peep or stare at walls up-close – models, textures, and on-screen text are all sharper. That’s not to say that the standard PS4 churns out a muddy mess, though, just that the graphical improvements are certainly there.

It wasn’t an entirely fair comparison, considering how they’re different demos, but is isn’t hard to believe we’d see the same result regardless as the Pro does pack better hardware.

For those that already own a PlayStation VR, you’re going to want to follow RE7 very closely. It’ll be the first major title to support the headset and it does a darn good job at it – go download the Beginning Hour teaser demo and give it a whirl, if you haven’t already.

Everyone else still on the fence about buying one should keep a close watch too. It’s unfortunate that motion sickness forcibly breaks the game into smaller chunks, but what we’ve learned from the session is that virtual reality can make certain games better.

And as for Resident Evil 7 biohazard itself, it’s obvious by now that the game will be an intriguing, butt-clenching experience. However, there are far too many unanswered questions about its relation to the series as a whole, the quality of the combat and puzzles, or whether it’s just, you know, a good game. That’s something we’ll have to reserve judgment on till the review. 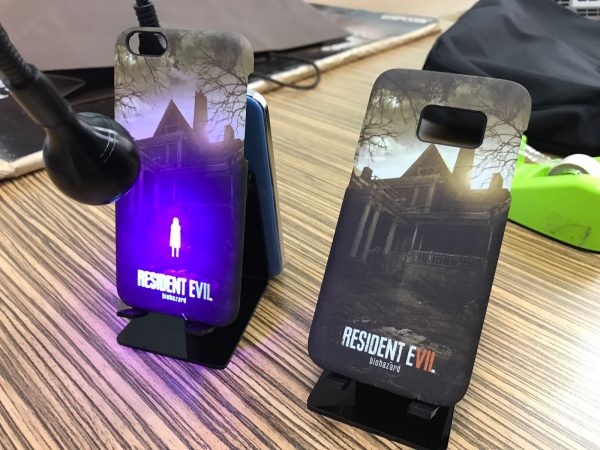 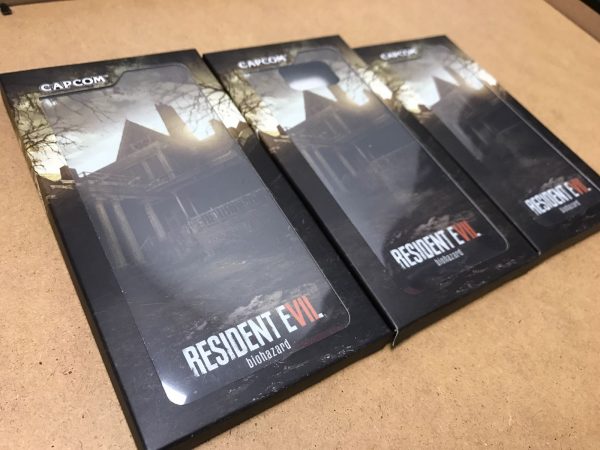 These phone cases come as a retail pre-order bonus but we’ve secured three pieces, courtesy of Capcom, for our readers. You’re getting them in advance! And with no mutant viruses too, we think.

Simply answer the quiz below with your answer, preference, and particulars. Be sure to give us your correct email address as that’s how we’ll contact the winners.

Entries close on Friday, 23 December, at 10am. Winners will be announced at 12pm on the same day. All times in SGT.

Do note that you must be in Singapore to collect the prize!

Ade thinks there's nothing quite like a good game and a snug headcrab. He grew up with HIDEO KOJIMA's Metal Gear Solid, lives for RPGs, and is waiting for light guns to make their comeback.
Previous post E-Blue E-Sports Stadium debuts at Malaysia’s Cyberfusion 2016
Next post Contest: Warcraft: The Great Wall Preview movie tickets!