Home / Breaking News / Preview: This is not the God of War you knew, and that’s perfectly okay

Preview: This is not the God of War you knew, and that’s perfectly okay 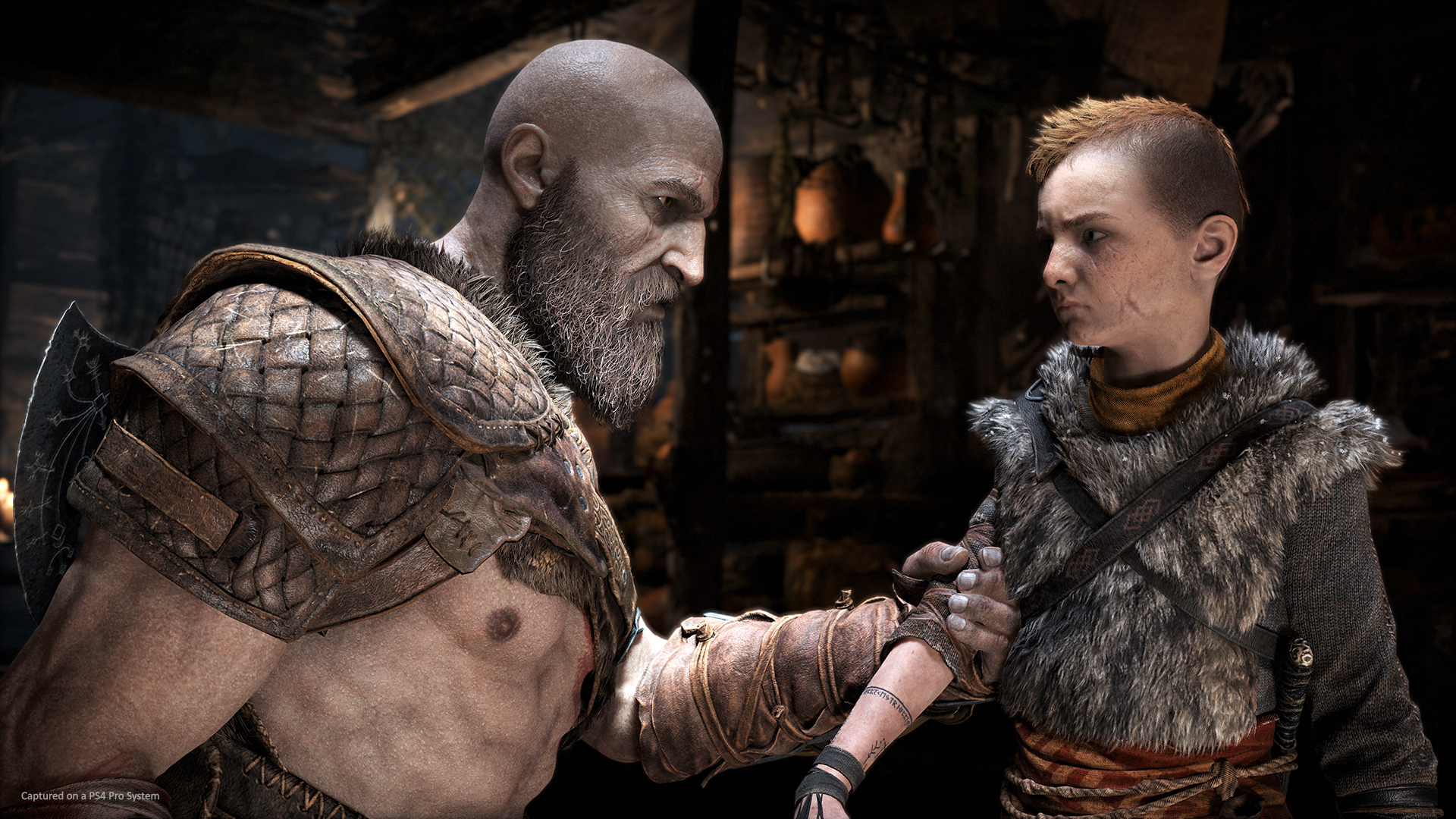 God of War makes its long-awaited return next month, and to promote the game Sony PlayStation and developers Santa Monica Studios launched a new round of hushed previews worldwide. The latest build offered an early peek of the first few hours of the game and, more than the trailers and interviews, has helped demonstrate what the series’ new direction truly is like.

After slaying the widely publicized troll, the next notable battle – and what I’d consider is the first actual boss fight – is against The Stranger. Lithe, heavily tattooed, and looking right at home on the set of TV series Vikings, The Stranger’s stature and provocations carve a sharp contrast to Kratos’ larger physique and tempered calm. Were this the old God of War, or even the haunted Ghost of Sparta, the exchange would have been punctuated by epic one-liners and the satisfying swish of chains.

But that’s no longer who Kratos is. More than anything, what stands before us is a father, whose one and only concern is to protect his son. You see, the earth-rending slog with The Stranger reveals some interesting tidbits. Odin, and presumably the entire Norse pantheon, are fully aware of the “Destroyer of Worlds”, but what they don’t know is that said destroyer has a son: Atreus. The Stranger chances upon a clue partway through, and if Kratos had been holding back before then he sure in Hades wasn’t doing so now.

Like it or not, God of War does seem to revolve around the young boy. It’s his story, his goal to summit the tallest peak in the realm, and Kratos is merely here as guardian and mentor. While I didn’t see any other landmark moment such as the deer kill in those opening hours, the game made it plenty obvious, through banter and cutscenes, that this journey was a coming-of-age. And Kratos’ greatest fear is that the fiery blood of Olympia’s butcher stands to run amok in Atreus, blinding the son as it did his father. Perhaps it’s telling that both the Greek and Norse mythologies have their fair share of paternal hang-ups, tales weaved in conflict, death, and revenge.

Nonetheless, God of War firmly places Kratos in the player’s hands. Personally, the new perspective, visual design, and the Leviathan axe, simply do not compare to the old games. The Blades of Chaos are iconic for a reason, their range and physicality perfectly demonstrated by the wide, screen-spanning sweeps and ground-shaking slams, the satisfying combos rewarded with a shower of souls.

However, that’s not to say that the new combat is dull. There’s still a sense of weight and power behind every strike, and the addition of a stun meter means you still have some tactical versatility. Enemy stun meters are built up through barehanded attacks and Atreus’ arrows – mapped to the square button – setting things up for an execution. Other than rekindling the franchise’s reputation for brutality, these animations grant a precious few seconds of invulnerability.

With the tighter camera and progressively hardier foes, those moments become crucial in surviving the higher difficulties – I strongly recommend that returning fans start on Hard, since you can lower the challenge as needed. While the game has a directional threat meter to help you time dodges and locate survivors, there are plenty of moments where Kratos will find himself surrounded by Draugrs and whatever else the Nordic realms throws at him. Those executions often spelled the difference between a close shave and a worthwhile victory.

You’re pretty much free to leave Atreus to his own devices, but it doesn’t take long for him to become an essential part of your combat strategy. Revenants are practically invulnerable until getting winded by an arrow, while fireball-hurling undead can be interrupted while you focus on the larger, deadlier threat at hand. These have to be used sparingly, too, as Atreus only gets three shots before a cooldown timer kicks in. Thankfully, that limit, as well as the duo’s gear and abilities, may be upgraded through in-game resources.

Gone are the souls of yore, replaced by experience, Hacksilver, and crafting materials. While new attacks can be learned anytime you have the points for it, and runes slotted whenever they’re found, equipment upgrades are the domain of Brok Huldra. The blue-skinned Dwarven smith will be your first dose of humor in the game, and the fact that he’s marked on the map probably means he won’t be travelling with you. That – and the presence of locked “dungeons” – suggests we’ll eventually get some form of quick travel later on.

Equipment are a curious addition to God of War. Not so much that they add bonuses and provide visual customization, but the idea that they even exist at all. Kratos only gathered and wielded godly artifacts, gear such as Hermes’ famous winged boots (and now mysteriously missing), yet here he was donning crafted furs and leathers. Sure, they may be crafted by a talented Dwarven smith, but they aren’t exactly items of myth and legend. Could this be Santa Monica’s way of showing that Kratos needs all the help he can get in this foreign land?

That nagging suspicion has been toying with me since the start. Specifically, ever since the brawl with The Stranger. Kratos has aged, shockingly so when you see him in-game, and it’s already established that only Atreus can read the runes. Yet fighting The Stranger was all it took to show that Kratos is not the domineering whirlwind he once was. I don’t want to delve into details too much, but that battle – that first boss fight in God of War – felt like an actual struggle.

Kratos wasn’t systematically mauling a larger and more powerful foe, but desperately trading blows with a godly equal. He’s bloodied, he’s winded, and he’s even tapped into his buried Spartan Rage, yet time and time again did The Stranger rise back up. There was no tantalizing promise of revenge, or a gruesome one-sided victory in sight. It was a fight for survival, and even then, Kratos still had no clue who he was.

That was the moment that truly defined God of War’s new direction for me. Where previous games started with riotous action and war, here we have a slow, quiet trek back to a funeral. Where the earlier trilogy plainly framed who our enemies were, here we were the ones that were being assailed.

Who was the mother? Why are they hiding Atreus? Just where has Kratos been before coming home, and what does it mean to be the sole god of a ruined pantheon? It’s questions and narrative that are sucking me into Santa Monica Studios’ new God of War, not the hyper-violent cutscenes and action. I’m okay with that. This doesn’t diminish the older games and how good they were. More importantly, this is a chapter that the creators want to tell, an exploration of a world beyond vengeance, of new life masking the cracks of the old. I can’t wait to see how this tale ends.

God of War releases exclusively on PlayStation 4 on 20 April.

Ade thinks there's nothing quite like a good game and a snug headcrab. He grew up with HIDEO KOJIMA's Metal Gear Solid, lives for RPGs, and is waiting for light guns to make their comeback.
Previous post MechWarrior 5: Mercenaries shows off biomes and destruction in a 3-min teaser
Next post The Dynasty Warrior: Movie trailer is out…and we are going to be disappointed.