Preview: Core Masters Wants You To Fight Faster And Harder 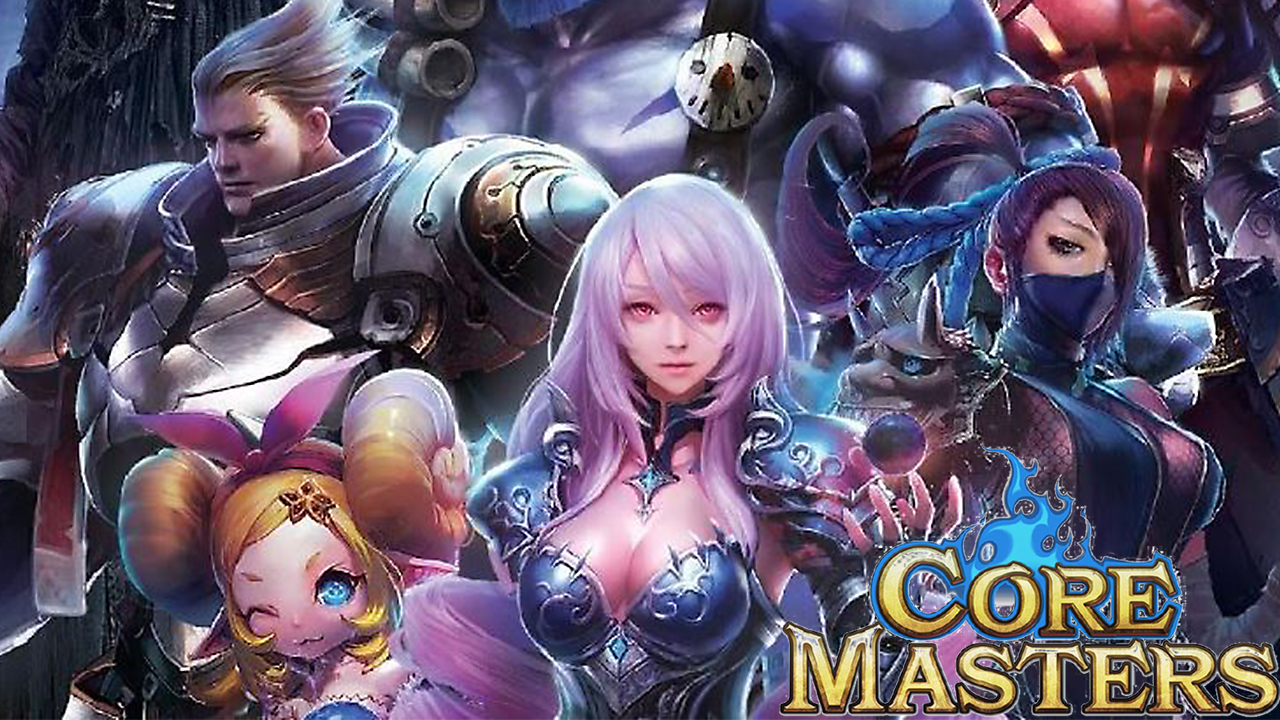 The English client for Core Masters made its debut at a closed-door preview last Saturday at the Garena Stadium. As a small gathering of media representatives and pro-gamers milled about behind glass doors, curious groups of teens stopped to wonder just what the screens were showing – it definitely wasn’t League of Legends, and MOBA may not even be the right term for what was on display.

While Core Masters continues the trend of streamlining features and being casual-friendly, its overall approach differs greatly from the current competition.

The first key difference in Core Masters is the complete removal of minions, though there are small handfuls guarding Gate (tower) sites. This shifts the focus from early-game farming to all-out brawling within a mere minute of starting; levelling simply becomes a happy coincidence. What prevents this from being a base rush are the titular Cores themselves. The only way to damage the enemy Guardian is to collect Cores by destroying Gates or enemy Masters carrying one, and then expending it to unleash a Core Blast.  This takes a few seconds to cast, leaving you exposed to a very offended Guardian and any surviving members of its team.

The whole concept takes getting used to as it’s easy to get swept up in the battle’s momentum, charging into the enemy base with an Ancient only to realize nobody has a Core to attack with. That said we only had enough time for two rounds, so realistically it shouldn’t take long for players to get the swing of things.

Choosing what to play, not how to play

Core Masters has no roles to speak of. The traditional concepts of Tank, Offense and Support have been done away with in favour of player freedom, allowing for Masters to be picked based on character or skillset appeal. Further customization comes in through items (forging included) and level perks, allowing you to tweak to your heart’s desire.

That doesn’t mean all Masters are created equal. Some will still have more health than others, whereas others may be really good at picking off enemies. The developers say all of them have been balanced for solo play, though in practice it’s hard to say how many truly are on a level playing field. It still sounds as if a well-composed team will fare better too. We’ll just have to wait for the beta testing phases to find out to what extent this freedom entails.

As for the Masters themselves, Core Masters has a fairly wide range of animesque designs, ranging from overwhelmingly sexy or brutish down to cutesy, mostly themed around fantasy. What makes it a little special is the Japanese voicework that goes behind it, boasting talents such as Chihara Minori (The Melancholy of Haruhi Suzumiya) and Ono Daisuke (Kuroshitsuji). Frankly I was too engrossed in the game to notice but this seemed like a great move to get quality work done whilst getting promotional material out of it.

The MOBA-like component to Core Masters is called Raid Mode and will be the only one compatible with the matchmaking service. Head over to the custom game tab instead and one option you’ll see is Scavenger Mode.

Here, the first team to collect thirty Cores from neutral Gates wins. There are no bases to speak of and spawn points seem to be completely random, for better or worse. This essentially boils the game down to a search-and-destroy affair, with the added bonus of surprise encounters with the enemy team.

In my playthrough we ran into an age-old problem: One team managed to group up first and spent the rest of the match steamrolling the other. Dying in Scavenger Mode still imparts a respawn time penalty, which means you could basically reduce the opposition to a maximum of one or two Masters on the field at all times.

There are Portals scattered around a map big enough to hide in, but I felt this mode could still use a little polish. Perhaps an option for spawning near a teammate or choosing when to do so could help reduce the randomness and give some sense of control back to the players.

Folks who’d like a little more chaos in their lives can look forward to Free-For-All Mode. It wasn’t available during the preview but we’re told that it’s Scavenger Mode without teams.

What the pro-gamers had to say

In attendance were members from two local eSports teams: PMS Asterisk* and Girlaxy. The former was founded in 2005 purely to compete in DotA, while the latter was created in 2011 and have seen heavy involvement in Strife. Needless to say, they were the perfect audience for feedback.

Eliza “MsJovial” Ong and Kimberly “kimchi” See of PMS Asterisk* summed up the experience as “very casual and very Japanese.” Comparisons were drawn to Diablo III, in that Core Masters felt like the type of game that players could convince their partners to play. The easier and faster gameplay also meant this was a perfect choice for casual needs.

“If, let’s say, I work a full-time job and every night I just spend an hour [to game], I’ll probably play this over Strife” – Eliza “MsJovial” Ong, PMS Asterisk*

While the lack of micro-management or heavy strategizing meant a lower barrier of entry, they were, however, concerned that it could get stagnant. Another issue raised was the lack of in-game mics (VoIP) such as those in Dota 2, as communication is vital in a game of this nature.

Girlaxy, represented by Aurora, Athena and Mirth (in-game handles), had more to say about Core Masters. On first impressions the game felt “very refreshing” compared to the MOBAs of today, and that the two game modes – Raid and Scavenger – provided more options in terms of strategy.

“It really requires a lot of teamwork and communication because you don’t know who’s going to get the core [or when the entire enemy team comes for you].” – Athena, Girlaxy

They had no qualms with the gameplay so far but were bothered by the messy user-interface (a point I raised as well). Aurora singled out the absence of a game timer as it “sort of impedes Raid Mode because you can only enter the enemy base after five minutes.”

Both teams do agree that there is some competitive potential, even for Scavenger Mode. Coincidentally, Garena’s product manager is already considering tournaments sometime next year, tapping on players from Japan, Taiwan, Singapore and Malaysia for an international bout.

Core Masters will come to Singapore and Malaysia much faster than expected. A Closed Beta test is scheduled for 17–31 December 2014, with an Open Beta planned soon afterwards. Chances are players will get to experience a build similar to the one from the preview. We’ll have news on how to participate when the time comes.

There is an in-game cash shop for the usual consumables, boosts, skins and Masters; nothing we haven’t already seen before in a free-to-play game. Garena says there’ll be in-game events for you to win credits so you can try it out.

As far as this sea of MOBAs go, I’d personally be playing Core Masters mostly for Scavenger Mode, and eventually Free-For-All. As fun and different Raid Mode is, the core idea of destroy-towers-destroy-base bears too strong a resemblance to other titles out there. If I wanted that I’d go with Strife or Awesomenauts (Dota 2 and LoL aside), whereas Heroes of the Storm offers a slightly more interesting take on the brawling experience with its map events. I’m sure there’ll be plenty who’ll love Soft Bigbang’s approach though, so give the game an honest shot when you get the chance.

Core Masters will be exclusively on PC. Keep up to date with the game’s progress on Facebook.

Disclosure: Gifts and refreshments were provided at this closed-door event.

Ade thinks there's nothing quite like a good game and a snug headcrab. He grew up with HIDEO KOJIMA's Metal Gear Solid, lives for RPGs, and is waiting for light guns to make their comeback.
Previous post Our Halo: Master Chief Collection (Xbox One) Review
Next post Dark Souls II: Scholar of the First Sin Coming April 2015, Free Update for Current Owners [Updated]