Impressions: Uncharted 4 all set as the grand finale 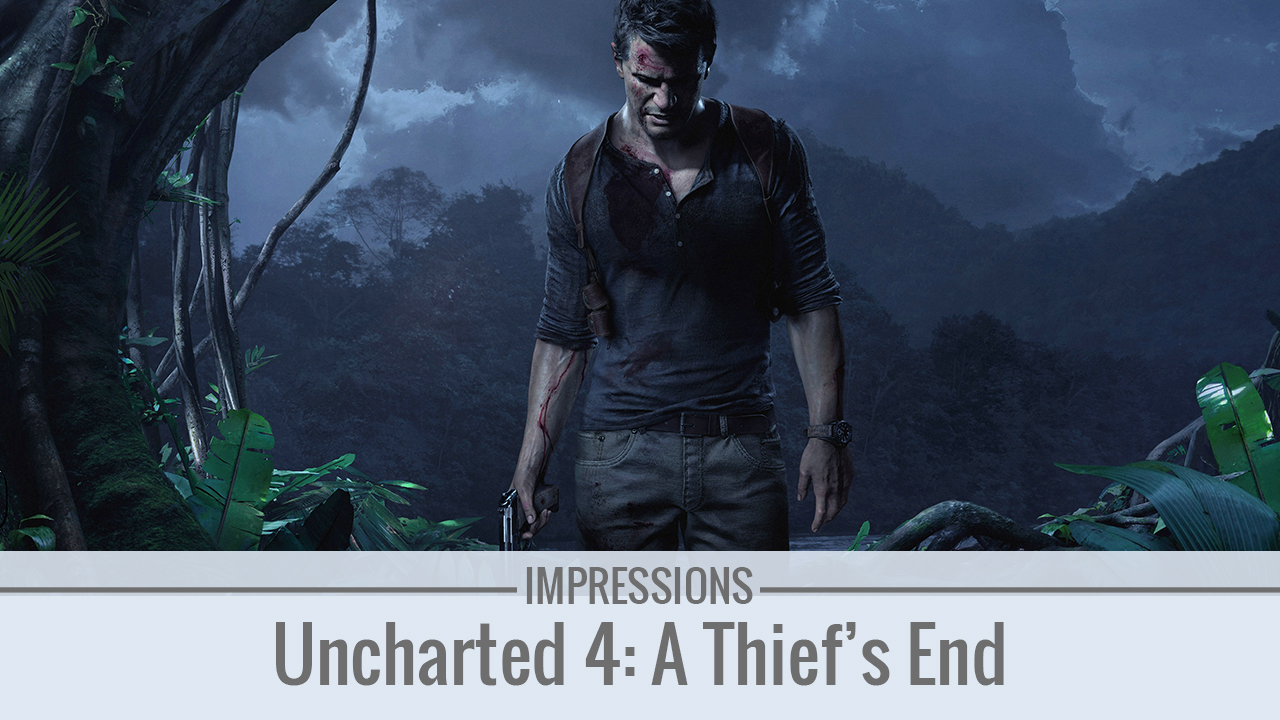 Crafting sequels are hard, much less the final entry to a system-selling franchise. The thought burns idly in my head as I fiddle with the latest build of Uncharted 4: A Thief’s End, a mere week after the game went gold.

I – or, more accurately, series protagonist Nathan Drake – lithely climb up a stone ruin out of sheer curiosity, retirement clearly meaning little to the former fortune hunter. An attention-grabbing glimmer betrays the presence of nearby treasure, and the relic is soon logged in a journal.

All this while, Drake and his reunited older brother, Sam, are carrying a casual conversation, as if they were simply out on a heritage trail.

In many ways, the hallmarks of Uncharted are all there: the platforming, the treasure hunting, the banter and gorgeous animations, all accounted for and turned up to eleven.

Truly, the series has never looked better, and being out among Madagascar’s terraced landscape reinforces that fact. Mud gets churned about, light shimmers through foliage, and even caves somehow manage to feel a little dank. Just as I began to wonder where all the wildlife was, a lone monkey scampers past.

And what do you know, we’re out on the trail for pirates – of the modern, armed-with-AK47s variety – in the hopes of ultimately discovering Libertalia, a legendary trove for pirates who prefered rum and actual chests of treasure.

A double whammy of pirates both past and present, uncovering fabled sites, outwitting rival thieves, and testing friendships through the fires of combat? Yup, it doesn’t get any more Uncharted than this.

While there’ s certainly nothing wrong with the whole “if it ain’t broke, don’t fix it” approach, a rehash of past game mechanics wouldn’t really do justice to Nathan Drake’s final chapter. Naughty Dog knew that a fourth serving of the same, no matter how amazing its set-pieces were, would lose its magical touch, and so they implemented full driving and stealth mechanics.

Driving is, according to the developers, “an extension of the pillars of UC4 gameplay.” The four-wheel drive wasn’t shoved in to just help traverse larger maps, but is a vehicle for exploring otherwise inaccessible locations.

Traction, inclines, and cliffs are the new puzzle vocabulary, and once in a while I had to hop out to use a winch. It’s similar to the new grappling hook mechanic, in the sense that both are only available during scripted moments. Given Naughty Dog’s track-record with scripting, I’m pretty sure we’ll get some amazing moments in the full game.

What’s surprising, though, is that the driving feels completely natural (as far as action games go), coming from a developer who’s work lately consisted entirely of third-person action-adventures. After some initial hiccups, I was soon zooming across the rocky terrain with full confidence in my handling.

Speaking of past work, Naughty Dog has taken their flirtations with stealth from The Last of Us and turned it into a complete spec-ops simulator. Enemies now have detection meters and suspicion states, with the mental spark to actually investigate with a buddy.

Being the Metal Gear junkie I was, I had to torment these hapless grunts from the shadows. Lo and behold, I nearly complete the checkpoint entirely in stealth, choking and knocking in heads with unhealthy glee until someone spots me.

Luring enemies works beautifully, though you will need a little foresight to plan your route of attack. Bodies can obviously be spotted and called out, and there didn’t seem to be any way to hide them from sight. On the other hand, seeing their buddies on the floor didn’t seem to concern the enemies too much, other than some increased patrolling.

To complement the new government-funded skillset, you can also preface stealth runs by tagging enemies from afar. I’m told that as long as you can see the enemy, you can tag them. In practice I found this easy to abuse by simply aiming in a direction and spamming the mark button, but don’t throw caution to the wind – I wound up chancing upon four enemies I didn’t expect.

Earlier, I mentioned Nathan’s older brother, Sam, who tags along on the perilous journey. The brothers are actually joined by long-time mentor Victor Sullivan too, and the three will actually navigate combat segments together, even when going in silent.

I didn’t get to test things but the friendly AI never seemed to attract attention, which is good, and it turns out they can actually chip in for some cool take downs, which is even better.

Unfortunately, the preview session ends shortly after that little encounter, meaning I didn’t get to see the new dialogue choice system in effect. Considering how the demo was set a third through the campaign, however, it was probably for the best to not deal with any story elements.

Despite receiving but a mere slice of gameplay, I already find myself smitten by Naughty Dog’s wily charms. The developer is sending off Nathan Drake’s Uncharted to a fitting finale, squeezing in plenty of cohesive new mechanics to make one hell of an impression.

It’s also poetic how Uncharted 4 circles back to the first game in a way, with how family drives Nathan to seek fortune in the most dangerous of places – right in the path of pirates. I’ll probably experience this game in one  sitting.

Ade thinks there's nothing quite like a good game and a snug headcrab. He grew up with HIDEO KOJIMA's Metal Gear Solid, lives for RPGs, and is waiting for light guns to make their comeback.
Previous post Review: ASUS ROG GX700 and G752 Gaming Notebooks
Next post Review: Quantum Break (Xbox One)