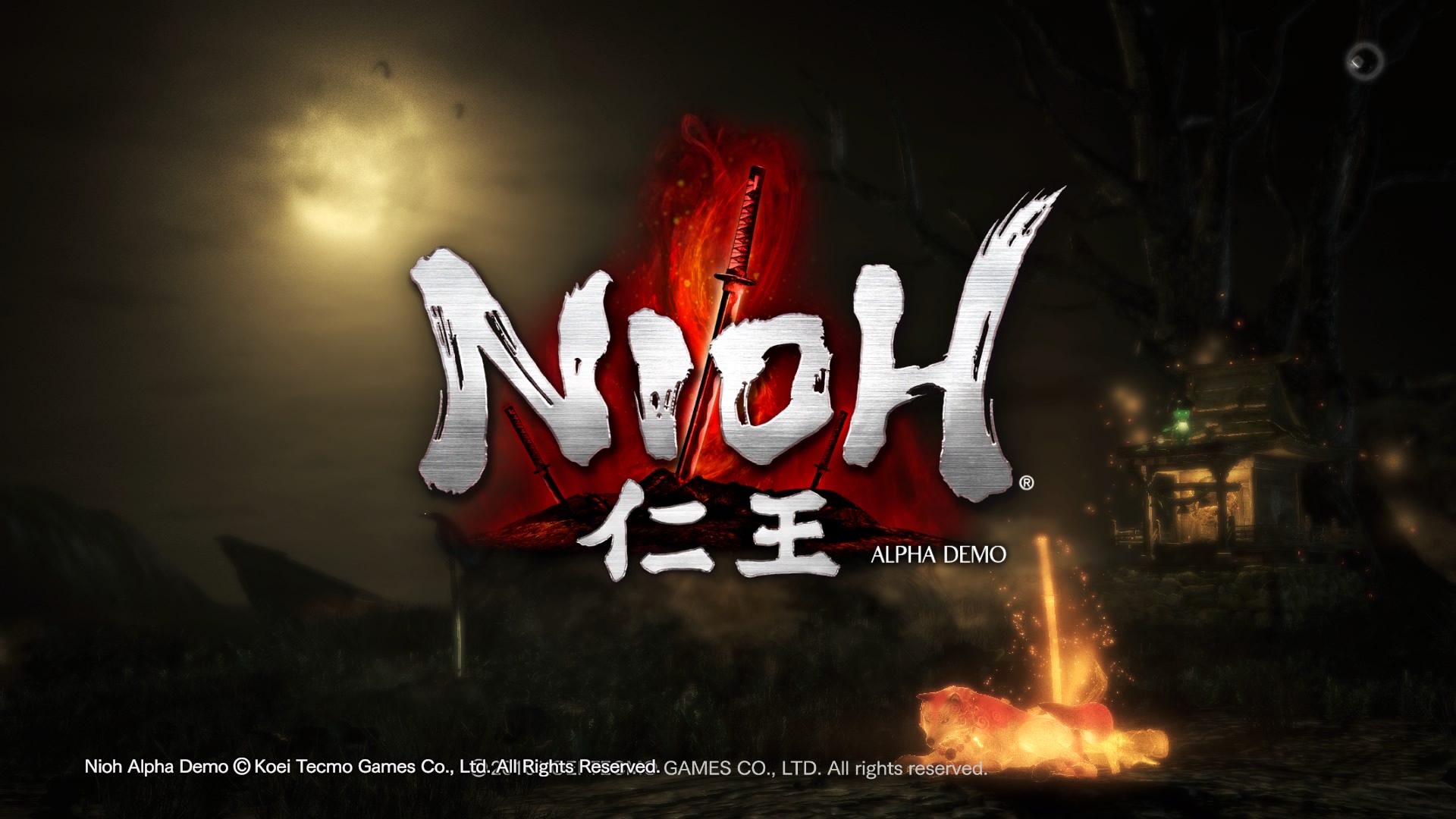 Nioh’s announcement had many drawing comparisons to Dark Souls and Onimusha. However, after spending two intense afternoons with the alpha demo I realize we’ve been wrong the entire time – this isn’t a Japanese reskin of Dark Souls, it’s the samurai counterpart to Ninja Gaiden.

Crushing difficulty and steep learning curves aside, Team Ninja’s long experience with fighting systems has imbued Nioh with a deep and stylish take on combat, at points evoking the duels of old samurai movies. Considering how the game is based on an unfinished Akira Kurosawa script, I’d say it’s on point. Yet coming to grasp with the mechanics will first take plenty, and I do mean plenty, of harsh lessons. Nioh’s opening felt like charging the beaches of Normandy, except all the gun emplacements have been replaced by a single bandit. Washed ashore with nothing but soaked clothes and a salvaged katana, I quickly grew accustomed to the notiong of being “freed from this mortal coil”. Judging by the dozens of player grave markers surrounding me, I wasn’t the only one having trouble either.

To understand the combat in Nioh, one has to grow familiar with the different stances, weapons, distances, and attack animations. Yet key above all, even the health bar, is the stamina meter – running out leaves our hero bent over to catch his breath. In other words, an invitation to die.

Managing stamina, or Ki, takes some getting used to. Regeneration pauses as long as the block button is held down, making evasion the preferred tactic. Attacks, blocks, and dodges all take stamina, the rate of which is dependent on armor weight. Later on, demonic yokai emit auras that drain your stamina too. Keeping stamina topped up requires the use of Ki Pulse, timed after each completed combo to instantly refill a portion of the bar. It also comes into play when swapping between the four available stances or to a secondary weapon mid-combat. Experience will determine when to block, evade, or continue into a Ki Pulse.

Stances – low, medium, and high – each has their own set of light and heavy attacks. Similarly, they dictate how fast or slow those attacks are; think of it as six incremental levels of speed and damage. They determine the angle of attack too. The fourth stance is actually sheathed, home to unlockable skills such as the iaijutsu quick-draw.

A typical scenario has me opening up with a heavy high attack, tapping out a Ki Pulse and then switching into either the medium stance for efficient blocking or the low stance to stay nimble.

Despite evasion being preferable, blocking is still a lifesaver, particularly when facing new enemies or space constraints – the last thing I’d want is to roll into another opponent.

I’m focusing on how combat works because of how well it all comes together. The Dark Souls mantra of the hit-and-run is still viable but sidesteps, stances, and the parry leave Nioh with greater technical depth. Besides, nothing cuts an impressive figure like that of a hero sheathing his katana.

To briefly cover the last two: guardian spirits provide passive benefits such as increased close-combat damage or enemy detection, and can even be summoned to form a Living Weapon. Magic comes in the form of talismans that either engulfs a weapon in an element or dispels the effects of yokai auras.

The atmosphere in the demo has been nothing short of fantastic. The first map takes place in a raided fishing village where fires and corpses dot the map while the second is within gloomy shrine grounds. Some villager corpses offer up amrita, the in-game soul currency, as well as echoes of their thoughts prior to death. Grim as it sounds, these dark emotions eventually attracted those demons.

This is where I’d like to speculate on the story a little. The title Nioh seems to be an intentional misspelling of the kanji “niou”, which in Japan refers to the wrathful statues that guard the gates of Buddhist temples.

The in-game presence of amrita – a nectar that confers immortality – more or less confirms that Buddhism will be a central theme here. With death considered a “freeing” rather than a finality, one has to wonder whether this is all an epic journey of karmic retribution. After all, the second mission reveals that our hero actively hunted down the yokai at the shrine rather than it being a fight for survival.

For an alpha, I had an immensely wonderful time with Nioh. The game was constantly on my mind, bugging me to just go back and defeat that one demon or boss I’ve been having trouble with. It reminds me why we love the Souls games in the first place, of slowly beating back unfamiliarity and hopelessness with sheer guts and determination.

Whether it lives up as a tribute to one of cinema’s masters remains to be seen, but as an action game, Team Ninja have already nailed it.

Nioh releases for the PlayStation 4 in 2016.

If you’re open to boss spoilers and want to see the game in highly skilled hands, here’s YouTuber XLHGladiator at work.

Ade thinks there's nothing quite like a good game and a snug headcrab. He grew up with HIDEO KOJIMA's Metal Gear Solid, lives for RPGs, and is waiting for light guns to make their comeback.
Previous post Here’s your Call of Duty: Infinite War trailer
Next post Be the fastest ninja warrior and win a UC4 PlayStation 4