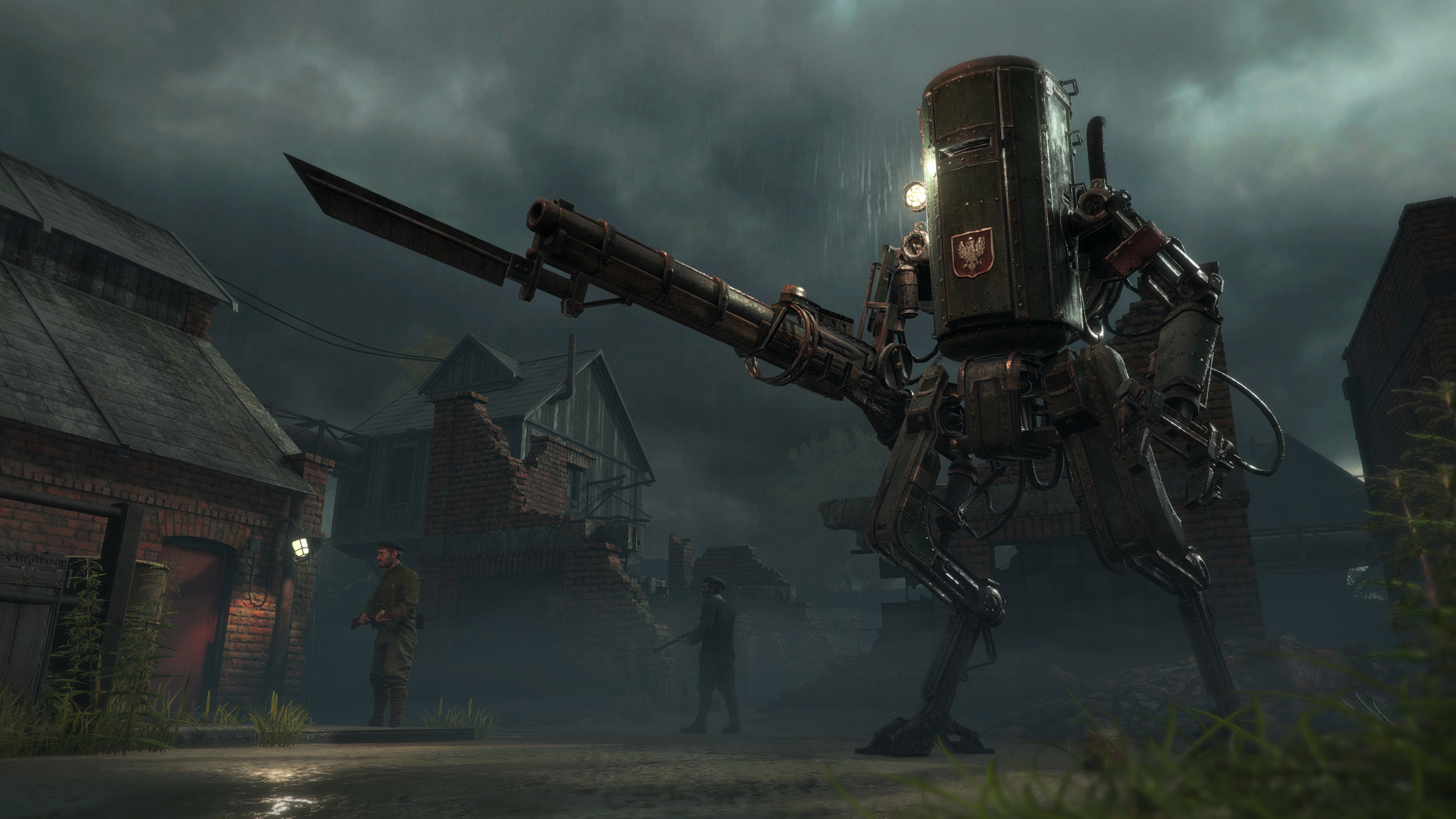 At first glance, you’d be forgiven for thinking Iron Harvest is just another Company of Heroes rip-off. But it isn’t.

If you’re a fan of the original Dawn of War or Company of Heroes games, Iron Harvest will pique your interest. The game’s deceptively simple cover art conceals a vastly in-depth RTS experience. However, the $1.5 million crowdfunded Kickstarter takes care not to go overboard with its difficulty level, so that that it’s equally easy for both RTS newcomers and challenging for veterans to pick up.

But what makes it truly different in terms of concept? Well, the gigantic mechs walking around the 1920s-themed battlefield, for starters. As more companies turn their focus towards realistic, historically inspired themes, KING Art Games decided to throw mechs into the equation as well. Don’t get us wrong, it’s actually a pretty refreshing change. 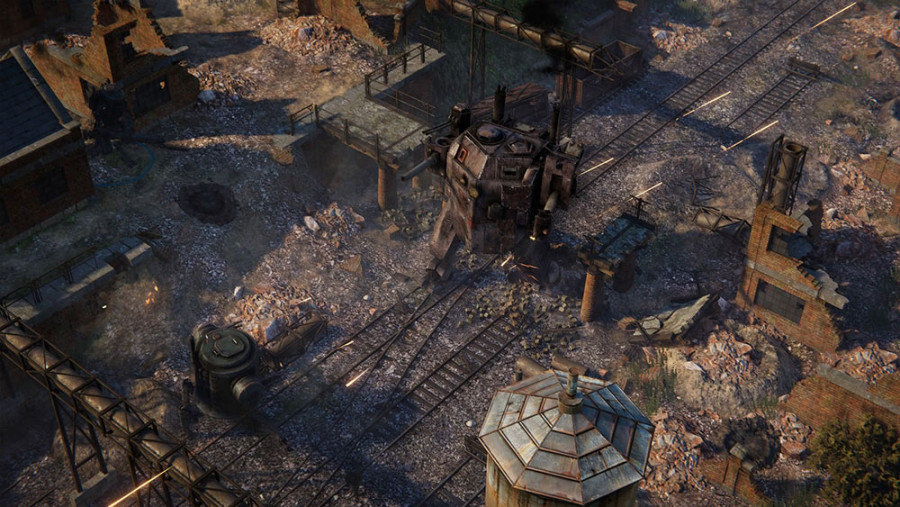 Since the game is only in alpha stage in our demo, only one skirmish and challenge maps were available for play. The full version will feature story campaigns for each of the three playable factions. In our alpha build, we got to see two of these three factions: the Polania and the Saxony. The third faction, the Rusviet, hopefully will be ready by the time the game turns beta.

In the battle selection menu, Iron Harvest also features optional challenges that players can choose from. Most of these come in the form of handicaps such as having 15% less health on your units, or significantly slowing down your resource generation. Completing these challenges grant the player bonus experience points.

Booting up a skirmish map, we were caught totally off guard by the deceptively intelligent AI. It wasn’t long before we began to be harassed incessantly by cannon fire and had several enemy mechs in our backyard. On that note, the field cannons need serious balancing in the current iteration. A single unit took out two infantry squads and a recon mech without breaking a sweat. 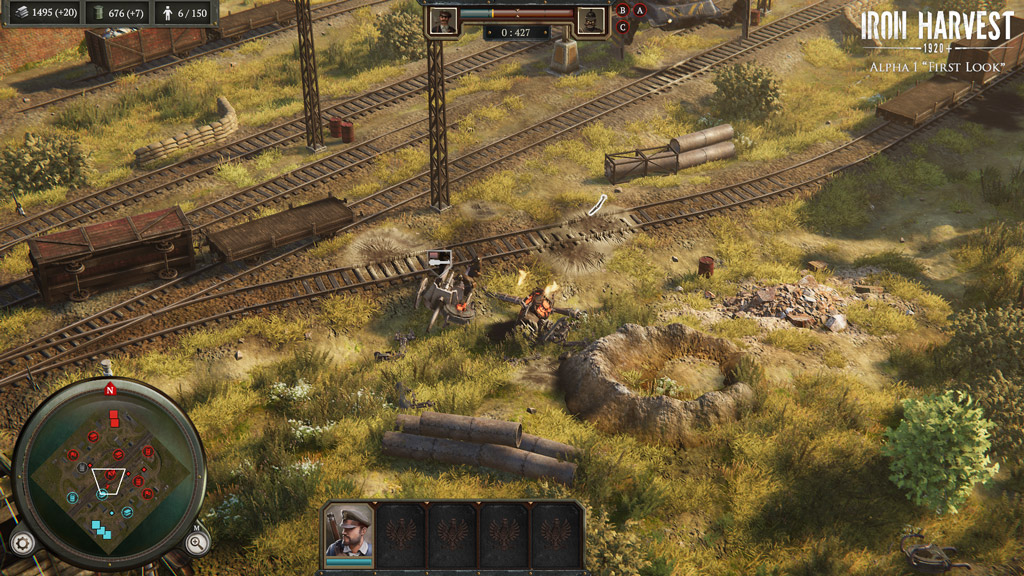 Needless to say, we lost the first fight.

Embarrassing loss aside, Iron Harvest’s gameplay actually looks pretty solid, even this early in its development. In terms of tactical realism, we liked how infantry units would automatically prone upon encountering enemy cannon fire. Also, after an enemy squad is killed, players have the option of picking up their adversaries’ weapons, allowing their squads to change specializations on the fly. This allows players to be surprisingly dynamic in their approaches, although the concept of switching weapons is a familiar concept from FPS games like Call of Duty and Battlefield. 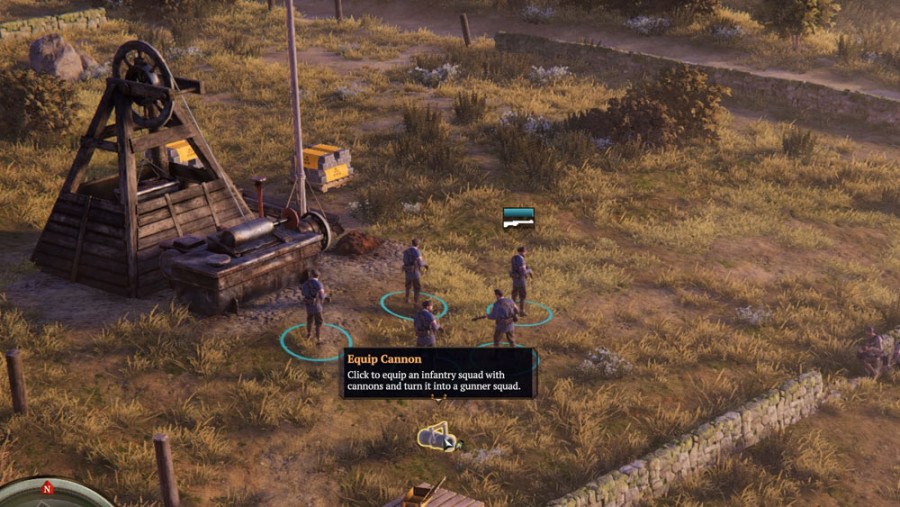 The cover system in Iron Harvest is another outstanding aspect, especially by RTS standards. Unlike most other games of the genre, Iron Harvest allows you to choose how your units take cover. They can be stationed at different angles behind objects to allow them to adopt more advantageous positions as they see fit. 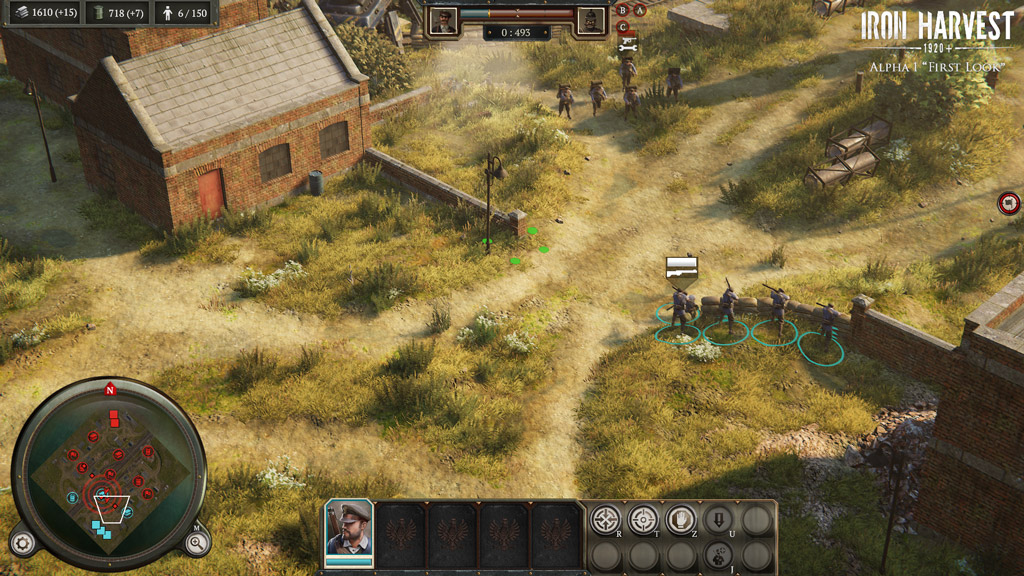 The main dissatisfactions we had, other than the over-powered field cannon, was probably the absence of a proper tier system for units and buildings present in genre-defining games such as Dawn of War. As long as players had enough resources, they could construct pretty much any building and produce any unit, which made the gameplay and build prioritization quite straightforward and one-dimensional. A lot of our sample games were spent doing the same thing: capturing strategic points, hunkering down waiting for the resource bar to fill, produce more units. Rinse and repeat.

Again, this is an alpha build so there’s still enough time for developer KING Art Games to improve on the game. Iron Harvest is looking pretty good as it is, and 2019 can’t come sooner.

Iron Harvest’s Alpha 1 demo is available on their website, priced at US$55.00 and US$95.00 for the Deluxe and Collector’s editions respectively. Information on other editions and extras are available online as well.

Kenneth is your dedicated jack of all trades gamer and borderline anime nut. When not writing, he likes to wind down with Overwatch, Apex Legends and a bit of Fate: Grand Order on the side.
Previous post Review: Expand your gaming horizons with Seagate’s Game Drive for PS4
Next post Have a taste of Fallout with the Nuka Dark Rum