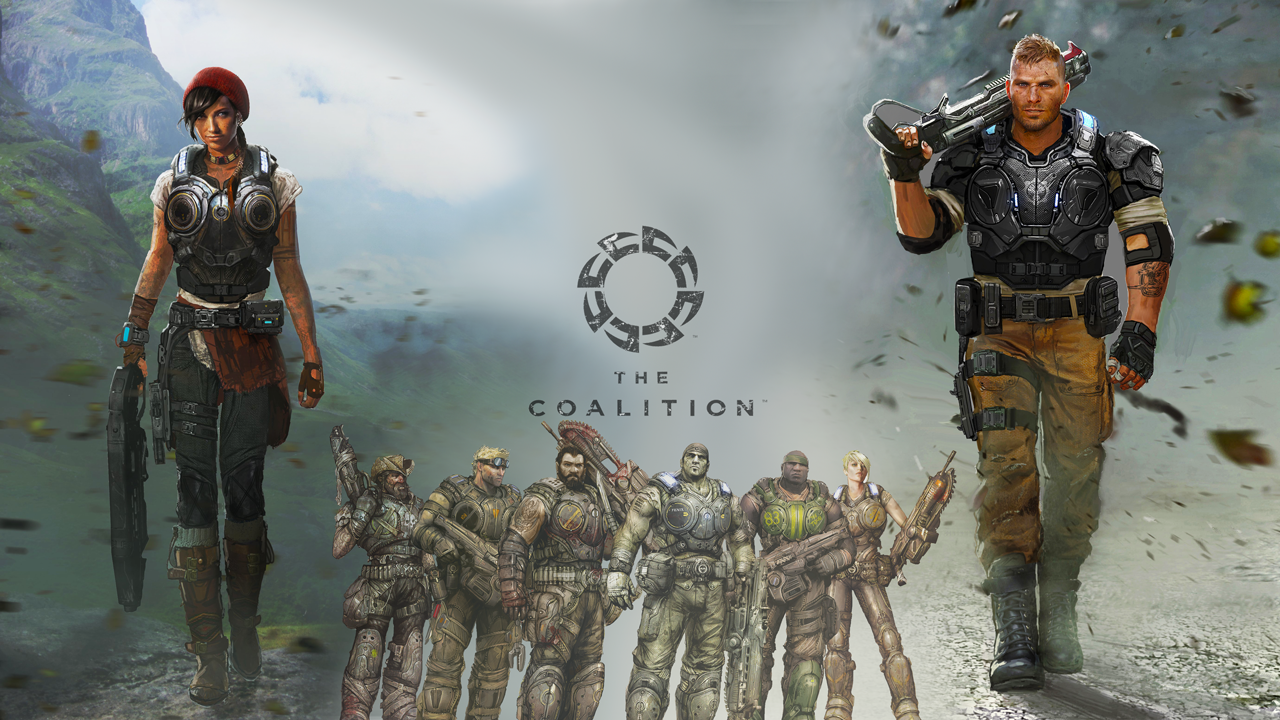 The purr of chainsaws, the rack of shotguns, and the booming thump of explosions. The symphony driving Gears of War’s online multiplayer has long been one of violent staccatos, each burst a representation of fleeting player lives. It’s a work spanning nearly ten years of genre-defining history, and the Gears of War 4 beta matches it beautifully.

To say that a sequel stays true to its predecessors matters more than usual here, since the franchise now falls under the direction of The Coalition, a Microsoft studio re-purposed to continue a legacy. Unlike Halo’s new developer, The Coalition plays it safe by sticking to proven series trends, resulting in a product that many fans will find comfortingly familiar.

Team deathmatch, along with two variations on it, are all that’s available during this now-public beta. The latter two consists of Dodgeball, where respawns only occur when a teammate scores a kill, and a cooperative match-up against Hardcore-difficulty AI. The fights are all 5v5, with adequate bots filling in as and when required.

As with most competitive shooters, map awareness is key, and that’s not just for navigational purposes either. Each fight is dominated by the control of power weapons, found only at key locations. While firearms such as the automatic Lancer, burst-fire Hammerburst, and shotgun Gnasher are always available, only the shotgun sees primary use online – ranged encounters almost always swings in the favour of those with unique weapons such as the Torque Bow or grenade-lobbing Boomshot.

It’s either that or a desperate scramble in close-quarters combat. Being a cover-based third person shooter, melee attacks and shotgun exchanges are essentially the bread and butter of Gears of War. Smoke grenades and the map’s layout facilitate plenty of distance-closing tactics, so players must quickly grow adept at active reloading, covering one another as a team, as well as surviving in a one-on-one duel. Gears feasts on the blood of the new, and it does so unflinchingly.

Just because The Coalition abides by past games doesn’t mean they didn’t sneak in a few new things here and there.   Aside from the new Dropshot weapon – which launches explosive drill bits and is as spectacular as it sounds – or the bounty cards in-between matches, most of these additions can be found while up close and personal with the enemy. Most notable is the Yank and Shank melee option, allowing me to reach out and pull over an enemy hiding on the opposing side of cover. If I’m lucky I get to see a knife kill animation, and if not I find myself countered (there’s a quick button prompt for it) and subsequently punished with my own demise.

While melee kills tend to be some of the game’s most iconic imagery, especially that of the chainsaw bayonet, they’re mostly a death sentence for both players due to the long, vulnerable animations. Unless it’s a fight unfolding far from the front lines, most duels are resolved by the generous application of more shotgun shells.

It’s also worth pointing out that the front line can, unfortunately, reach all the way to a team’s spawn zone. Given the mix of veterans and beginners in the beta, having one side completely outclassed by the other isn’t too uncommon. While this isn’t a Gears-exclusive problem, the skill-based matchmaking, which kicks in after five battles, didn’t seem to help all that much. Hopefully, the larger player pool in open beta will alleviate that issue.

For the record, this truly is a beta – matchmaking servers periodically go down and, sometimes, things just don’t work out. If The Coalition aren’t reporting technical problems or downtime online, then restarting the game from the Xbox One dashboard may help. This little detour summed up my initial attempt to get started, though once past that minor hurdle things sailed along smoothly; as smooth a life in Gears of War could be, at any rate.

The other thing to keep in mind is that Gears now runs on dedicated servers, a move adopted since last year’s Gears of War: Ultimate Edition, so be sure to set the correct region under the settings menu. This eliminates any latency advantages the host had in previous titles, while also ensuring players get consistent performance from one match to the next.

Spending long hours with The Division left me struggling to get back in gear for, well, Gears of War. The battles here are certainly more aggressive when it comes down to it, though it does make each and every victory taste all the more sweeter. If Microsoft wanted this beta to rekindle interest in a dimming flame, then I think it’s safe to call this a success. Just don’t forget to leave actual feedback – there’s still a good five months before the full release.

The Gears of War 4 multiplayer beta is now open to all Xbox One owners with Xbox Live Gold.

Ade thinks there's nothing quite like a good game and a snug headcrab. He grew up with HIDEO KOJIMA's Metal Gear Solid, lives for RPGs, and is waiting for light guns to make their comeback.
Previous post Singaporean studio blends deck-building and RTS in ArmaGallant: Decks of Destiny
Next post ViewSonic’s new VX57 Gaming Monitor series