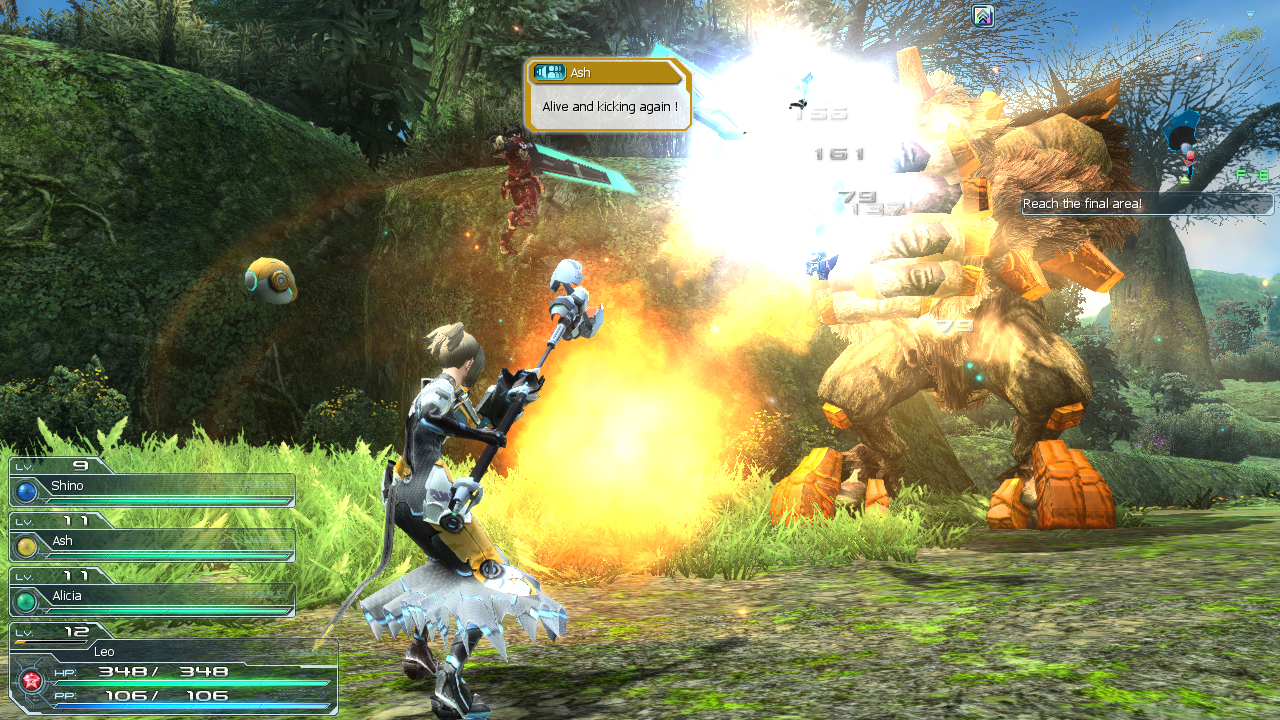 The wait has been long but perseverance always pays off! The closed English Beta for Sega’s Phantasy Star Online 2 goes live in Southeast Asia today courtesy of Asiasoft. It’s pretty significant since we will, once again, be the first in the world to try out a highly anticipated game outside of its home country.

We had an opportunity to preview the beta build not too long ago and the short of it is that fans will easily lap this up. As for the rest of us, either on the fence or new to the franchise: keep on reading – you might like what they’ve prepared.

My introduction to the Phantasy Star series started on the PlayStation Portable and I’m sure that’s the case for some of you too. That particular game had its merits and received enough positivity to garner a sequel. However, we need to go back further.

The franchise itself carries a strong legacy, hailing back to its birth in 1987. It was highly innovative for the early RPG era, exerting influence over others such as Final Fantasy. Simply put, it became the benchmark for everything else. If anyone wanted a well-crafted, character-driven story then there was no better place to go; and we haven’t even talked about its technical achievements!

It should also serve as an inspiration to budding female developers as creator Rieko Kodama was one of the first in her field at Sega, working on multiple other licenses.

Even years later when the series morphed into a separate MMORPG did it make waves once again. It sounds dramatic but Phantasy Star Online helped pave the way for games like Monster Hunter and Final Fantasy’s console MMOs.

The question now is: will Phantasy Star Online 2 live up to its storied history?

The one thing you’re guaranteed of is a rich character creator. It’s one of the game’s highlights but admittedly I didn’t spend too long here, else this article would be nothing but sliders and color palettes. I did manage to create an amusing lad with a floppy pompadour reminiscent of old-school Japanese delinquents though, so all is good.

Feel free to skip the tutorial as most of the important things you learn come from mini-quests anyway. After some basic exposition your character teleports back onto the ship and then the game really kicks off.

At this point let me confirm some good news: we’re getting the original Japanese dialogue with English subtitles! It’s a win-win situation for everyone involved and an option that honestly needs to be more common-place among Japanese games.

Now the ship you’re on is actually a server, separated by different lobbies. If you’re meeting up with friends those are the first few things you’ll need to check. In my case I still couldn’t find the four other player characters with me that day but completing the next two missions helped solve the problem.

Get familiar with the NPCs, where they are and what they offer! As mentioned earlier there are mini-quests you’ll have to do, all of which are doled out by these folks. You’ll run into a new one every time you come back from a mission and my advice is to not skip them, even if they’re basic.

It’s a chore, especially when we just got started, but they get done a lot faster that way since it ties in with your next mission. With that said, let’s talk about how the whole thing actually feels.

Multiple ways to have fun

The greatest strength to Phantasy Star Online 2’s system is its combat and your ability to multi-class. At your behest, an NPC can swap out your talents in either melee, ranged or magic combat. This takes some careful planning though as your class levels are independent of each other. You may already be a Level 5 Hunter but try the Mage for the first time and you’ll be back at Level 1.

The combat feels meaty as an Action RPG, easily supplemented by its customization. Every weapon has a basic and secondary attack, with the secondary chaining up to three times.

In Phantasy Star Online 2, you can specify what move you’d like the latter to be. For example, you may way want the first two hits to focus solely on a single target while the last one dishes out an area-of-effect. Although I didn’t get a lot to choose from, I suspect there will be more to learn and unlock further on.

It gets even more flexible. At any point during the game you can swap between three weapons in real-time. You can set what these weapons are – in my case a sword, daggers and a staff –and easily change them with the scroll wheel or the default R and F keys.

The transition isn’t as seamless as spectacle fighters like Devil May Cry but it works well enough for me to want to use it often. That’s its selling point right now and I can’t wait to see how it evolves later on.

I overlooked the story during the hands-on session but with the weekend looming there’ll be time to remedy that.

While those first two hours left me impressed I can’t say it feels genre-defining. This is, however, an MMO, and all things considered I’ve only scratched the surface of what Phantasy Star Online 2 has to offer.

So why not join me and hundreds of others in discovering what Sega has in store for us? Asiasoft still has beta keys to give away so have at it.

Ade thinks there's nothing quite like a good game and a snug headcrab. He grew up with HIDEO KOJIMA's Metal Gear Solid, lives for RPGs, and is waiting for light guns to make their comeback.
Previous post Half of All In-App Purchases Happens Within 7 Days
Next post Games Do Not Cause Violence – Controls Do!