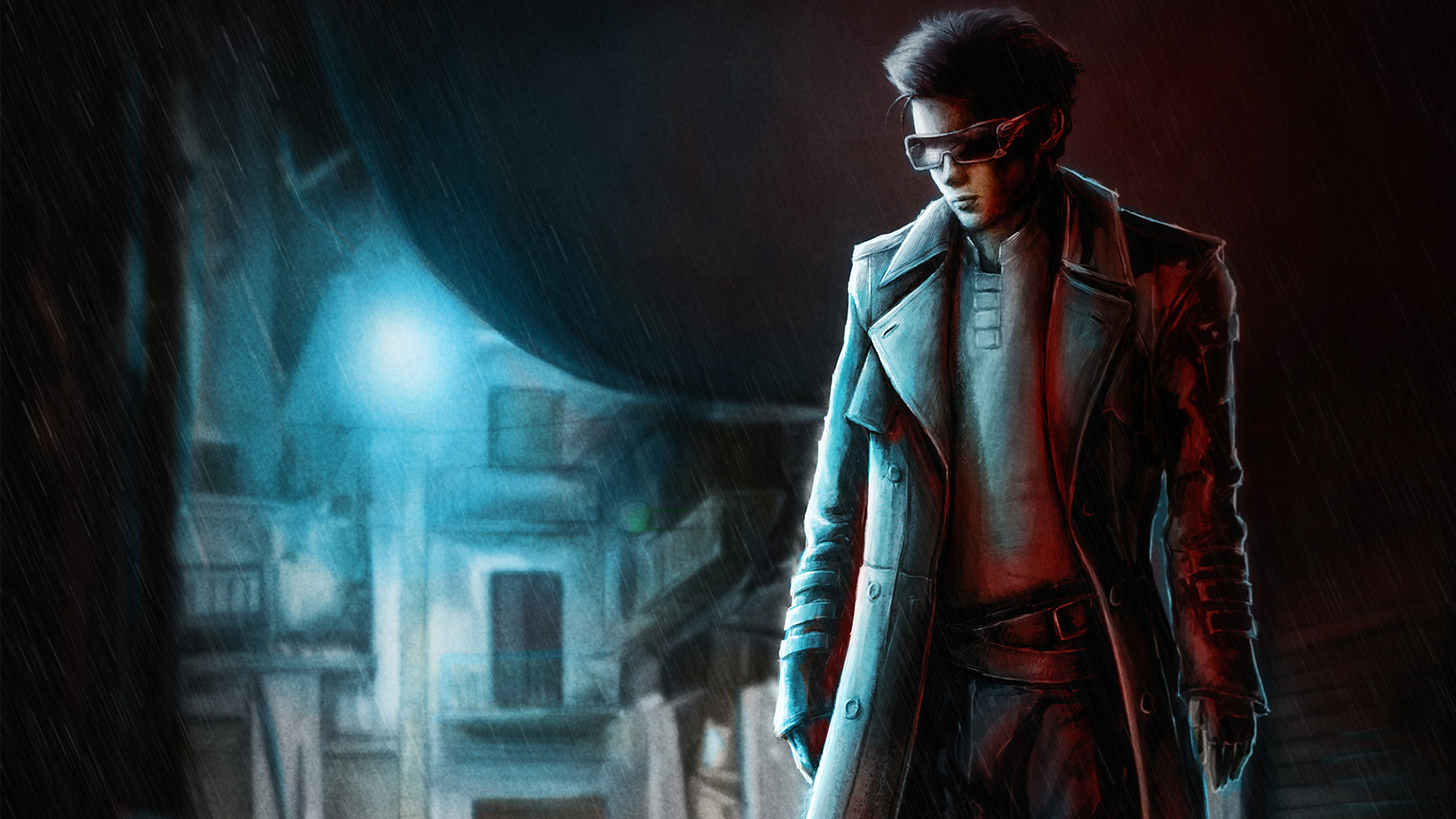 Crime, investigations, cybernetics — Ratings War has it all. The latest text adventure by Choice of Games impresses with a fun story set in a dystopian near future. Considering it’s low price and availability on mobile, it definitely deserves attention.

Cyberpunk is one of those genres trending towards a major comeback. A fair number of recent games soak in the gritty, neon-lit splendor and Ratings War is happily part of that movement. We do get a fresh perspective, however; rather than wield embedded weapons or bypass security panels, players must instead don a press pass and pursue a groundbreaking exposé.

Written by Eddy Webb, Ratings War starts off with you and your partner poking about at a crime scene. A spate of killings has taken members of the West Coast Kings gang — to nobody’s surprise — but some clues don’t add up. Investigating a lead turns out to be a life-changing moment that boosts your career at a very heavy physical cost. Before I get anyone’s hopes up: No, you don’ quite turn into the RoboCop of reporters.

What makes this text adventure particularly entertaining is that it’s set in 2061. That’s just 46 years from now, leaving plenty of room for things to be relatable. Netglasses have became the smart device of choice, in turn propelling privacy laws to such an extreme that camera licenses are a thing. The poverty gap and healthcare inadequacy have spiralled out of control, and corporations are now powerful enough to pass off as pseudo-nations. Global warming’s aftermath rears its head, trees have become so scarce that paper cigarettes are retro and expensive, and even human trafficking slinks its way into focus. That’s a lot of hot topics crammed in here.

The choices offered are adequate for the most part, giving players the freedom to carve their own character. You can’t stray from major plot points but the small decisions you make do affect your stats. Another feature of Choice of Games’ offerings are achievements, which help in gauging how much content has been seen when planning replays. And you will want to replay the story at least once, too.

The one large disappointment I can point to is just how brief the whole experience is.. My first playthrough took only 2 hours and 20 minutes, with far shorter subsequent runs. Interactive novels being short aren’t a stunning revelation but even this feels slightly underwhelming. As a result, don’t go in expecting a deep, multi-layered narrative; what we have on our hands is a straight-forward and somewhat predictable plot, with a few eyebrow raising moments. All that said, it doesn’t make Ratings War any less entertaining.

There’s no music and artwork in this one — only text and radio buttons — so if you’re coming from something like Sorcery! be sure to adjust expectations accordingly. Otherwise, strap on and enjoy the ride.

Ratings War can be purchased now on Steam (PC, Mac, or Linux), the App Store, and Google play.

Ade thinks there's nothing quite like a good game and a snug headcrab. He grew up with HIDEO KOJIMA's Metal Gear Solid, lives for RPGs, and is waiting for light guns to make their comeback.
Previous post Relive G1 with Transformers Devastation
Next post Keep Talking and Nobody Explodes… Hopefully