Review – Not for hardcore fans but Pokemon: Let’s Go, Pikachu/Eevee! gets a few things right 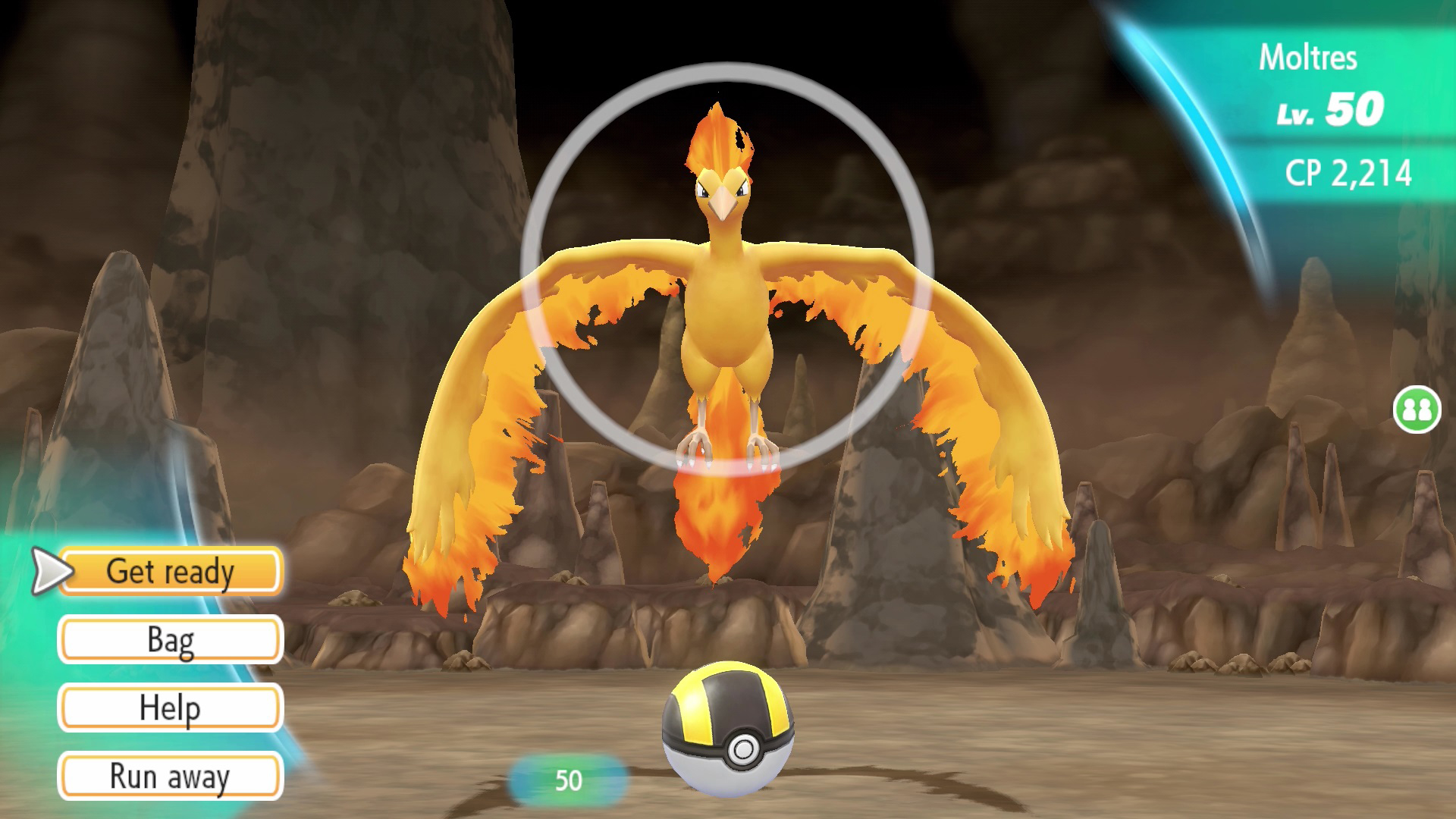 One wonders why it’s taken Nintendo so damn long to finally release a Pokemon game on a home console. I’m not talking about the Stadiums or XDs or Mystery Dungeons, I’m talking a true-blue Pokemon game in the vein of X/Y or Gold/Silver. Now that the Switch is here, we’ve finally been deemed worthy of one — Pokemon: Let’s Go, Pikachu/Eevee! — a second remake of the original trilogy.

To be fair, Pokemon: Let’s Go, Eevee! (or it’s Pikachu! sibling) isn’t a faithful remake of the Gameboy classics. It adds some major improvements to the formula, introduces new characters, and generally spruces things up for the modern age. It’s what the original Pokemon games would’ve been had they been released in 2018 instead of the late ‘90s. 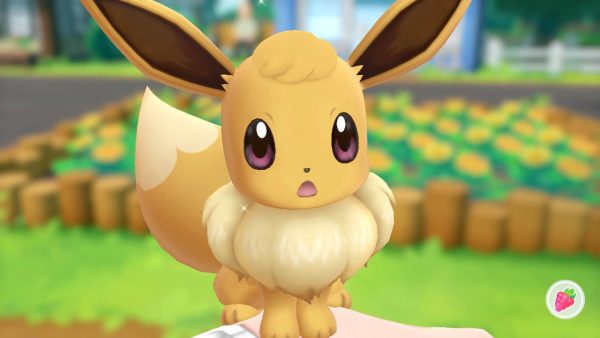 Let’s Go, Pikachu/Eevee keeps the simple story. You’re out roaming for Pokemon, catching them all with the ultimate goal of gathering all gym badges to take on the Elite Four. Standing in your way are Team Rocket, with Jesse, James and Meowth taking center stage. The game banks heavily on nostalgia for those who were there since the beginning and, I hate to say it but, it works.

One of the earliest departures from the original Red/Blue is that you don’t get to choose your starting Pokemon. Depending on which version you have, either Pikachu or Eevee will accompany you from the get-go. These are unique in that they can learn new exclusive moves, cannot evolve, and always appear on-screen to follow you around. You can also dress them up in a variety of clothes and accessories found throughout the word, stopping every now and then to play with your Poke-pal.

There are other similarly big changes, some for the better and others not so much. For example, catching Pokemon is now much easier since you can see them on-screen, cutting back on the random battles that the originals were infamous for. The capturing itself is also much more streamlined, taking a leaf from Pokemon Go where you time Pokeball throws. 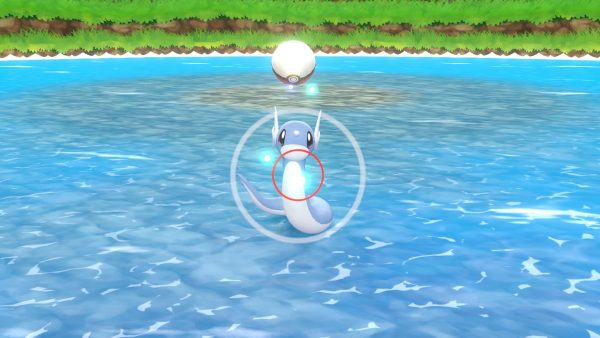 Obviously, this is a major departure as we normally had to weaken wild Pokemon through battle first. I love that it cuts down the time you spend in needless encounters, especially when you’re just travelling. On the other hand, the fight-and-weaken approach has been been a part of the main video games for over two decades — it just doesn’t feel like a true Pokemon game without it.

It’s clear that Let’s Go, Pikachu/Eevee is meant for the newer and casual fans. Take the controls, for example. A second player can grab the other Joy-Con for local co-op gameplay, turning fights into two-on-two situations. Even catching Pokemon becomes a cooperative affair. It’s a great use of the Switch hardware and a perfect way to get your significant other or kid involved.

However, the games does have forced motion controls; you can’t play Let’s Go, Pikachu/Eevee with the Classic controller as you need a gyro sensor. It’s a bit weird at first to play with just one Joy-Con but the game doesn’t require a lot of buttons. Frankly speaking, it’s quite liberating to have one hand free while you play — you can hold your drink, munch on snacks, or even read a book between loads. 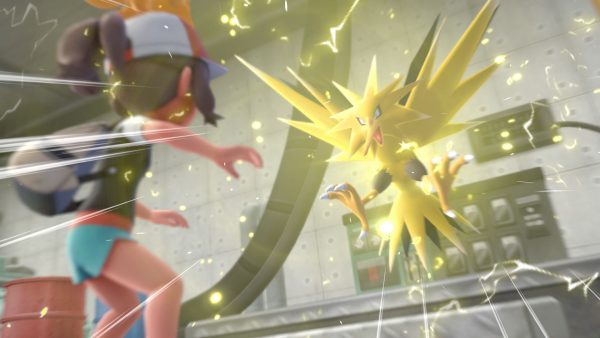 Thankfully, other changes aren’t as divisive. I love that you can swap out Pokemon without having to find an in-game PC, though the method is a bit convoluted (why no shortcut from the Party Menu?). In essence, you no longer have only six Pokemon on you but all of them, though you are still restricted to six in a party for battles.

Experience is also given to the whole party now. Those who were actually summoned do get more, but unused critters also get some of it. You also gain XP from capturing wild Pokemon, which is why the game dispenses Pokeballs and its variants like water. You get a couple from nearly every trainer battle, which means you should be catching every single wild Pokemon to level up. Like Pokemon Go, duplicates can be sent to Professor Oak for Candies to increase stats.

All original 151 Pokemon are back in Let’s Go, Pikachu/Eevee, along with their Mega Evolved and Alolan forms. New to the game is Meltan, which can only be caught once you’ve imported a critter from Pokemon Go. That integration feels rather forced but it’s not required beyond that, since there is regular Pokemon trading. 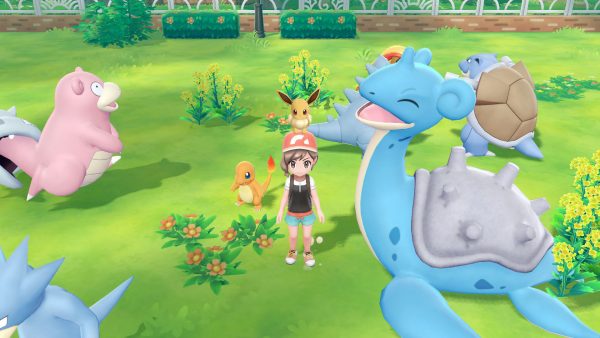 While those Pokemon numbers are smaller compared to most entries, it’s a breath of fresh air for a series that’s grown more and more complicated with each new release. Remembering creature weaknesses is much easier now, and battles are much more strategic since you have a smaller pool of choices to work with.

Strangely, the game takes on a weird mix of old and modern features. There’s no Pokemon breeding or HM items, but you can ride on more Pokemon just like in Sun/Moon. Also, your Pikachu or Eevee will learn all of the special moves you would have used on individual Pokemon.

Battles are almost always one-on-one (there are the duo battles in co-op) and they flow just like they always have. You fight other trainers, the Team Rocket goons with their own special intros, as well as the new Coach Trainers who gauge if your team is strong enough for the area. There are also Master Trainers who can only be fought with specific Pokemon, no items allowed — I enjoyed those the most. 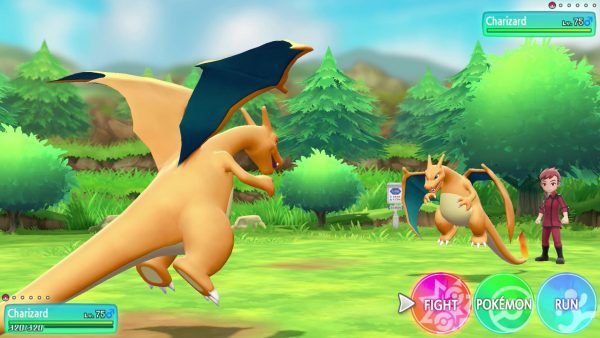 The fights in Let’s Go, Pikachu/Eevee all load at a decent clip, though I wish there was a way to speed them along. Entering houses and other locations are also pretty fast, but nowhere near the cartridge load times from the original games.

You’ll need a Nintendo Network subscription to battle or trade online, but these only have the incredibly basic modes. Those found in the 3DS games, like the Global Trades or Battle Spots, are totally gone; I find that to be quite a step back considering some of the improvements those brought to the series.

Surprisingly, the visuals are kind of lacking. They’re simple and clean but lack extra detail, plus some of the trainers don’t really look like their anime counterparts. I wonder why, considering that Team Rocket’s iconic trio do. The simplistic style works for the most part, though there are moments were it slows down whether you’re playing docked or undocked. 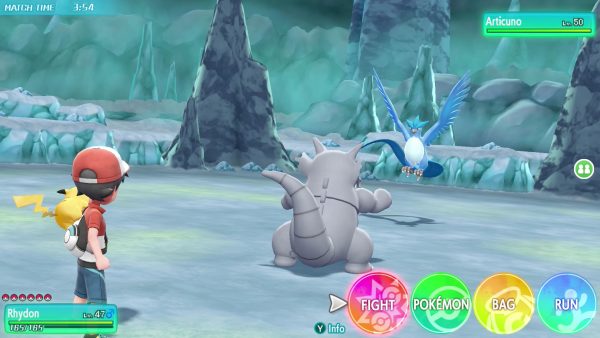 Attack moves in Let’s Go, Pikachu/Eevee are now fully animated, though some more so than others. Machop’s Seismic Toss, for example, is one that looks much better than the underwhelming Thunder Shock or Vine Whip.

Luckily, things are much rosier on the audio side. The tunes are all remixed originals and possibly one of my favourite features in the game. The Pokemon voices are still the same except for Pikachu and Eevee, but there’s absolutely no talking ala Detective Pikachu. 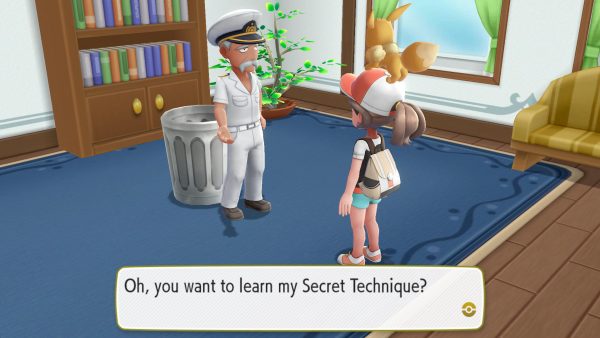 Hardcore Pokemaniacs may find them lacking but Pokemon: Let’s Go Pikachu/Eevee! are great games with many modern concessions. Those changes are undoubtedly a sign of the times, incorporating many of the same features from Pokemon Go to bring in new players, while nostalgia alone will attract many of the older fans.

But not every change is detrimental, and ideas like the Pokemon Box should definitely be carried over to other mainstream games in the series (one already coming in 2019). Here’s hoping that the Gold/Silver games get remade in the same vein, with even better performance and more fleshed out features.

Pokemon: Let’s Go, Pikachu! / Eevee! are out now for Nintendo Switch.
Developed by Game Freak. Published by The Nintendo Company.
Based on a review copy of Let’s Go, Eevee!

Sal's just your average hardcore gamer. He started gaming on the NES in the 80s and has been ever playing since. Sal doesn't care about which platforms games are on, only that he wants to play them all!
Previous post Don’t miss C3 AFA SG 2018 this weekend for anime, games, and cosplay
Next post GAX Giveaway: Mortal Engines movie premiere