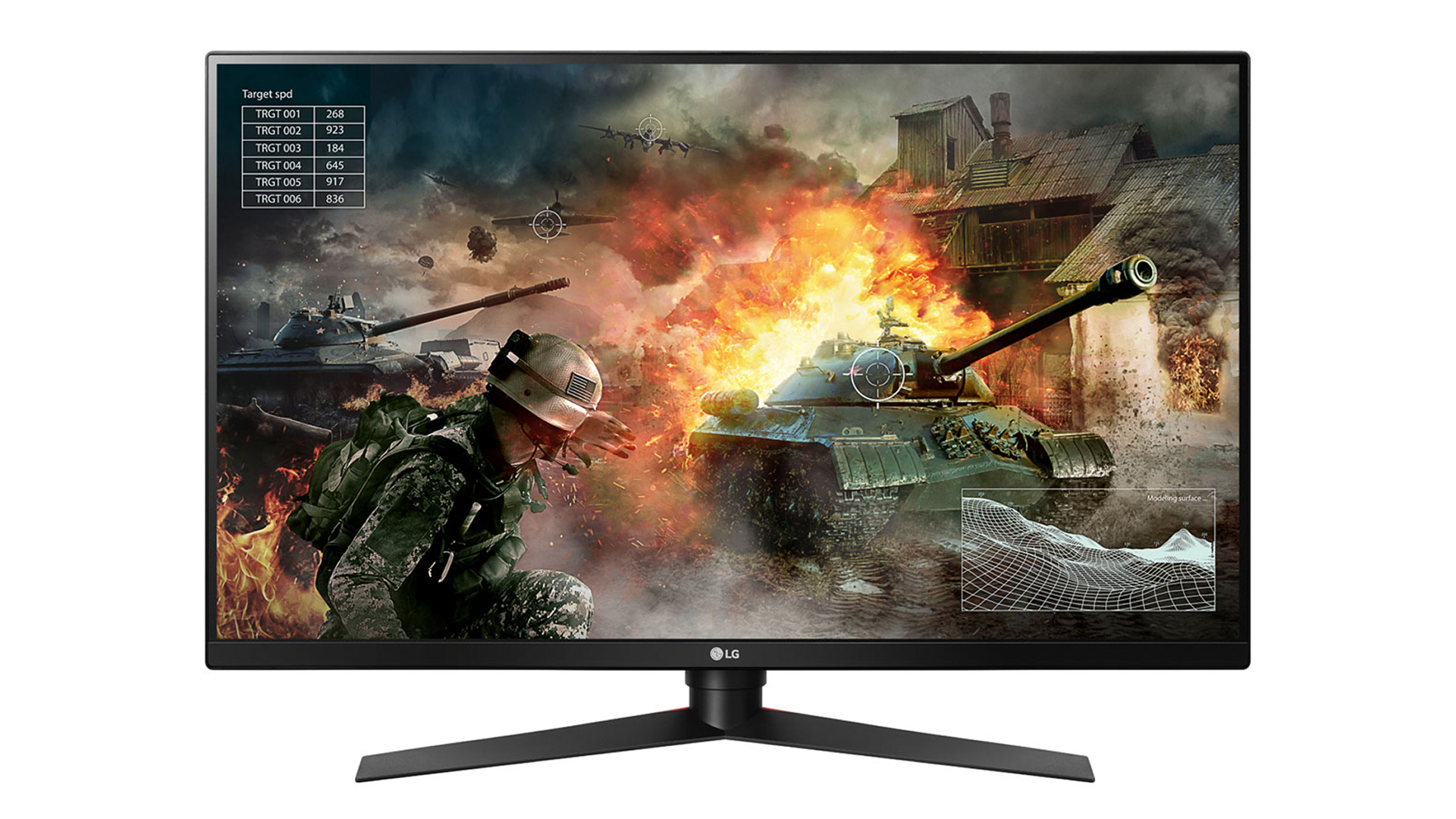 LG has maintained a steady presence in gaming with their line of monitors and one of their latest, the LG 32GK850G, ticks all the right boxes for those with an affinity of the dark. Rather than shoring all its weight behind a particular strength, this monitor offers a surprisingly good package for folks looking to upgrade.

The 32GK850G sports a flat 31.5-inch vertical alignment (VA) panel pegged to a 2560 x 1440 (QHD) resolution, equipped with Nvidia G-Sync and refresh rates of up to 165Hz. Before we touch on that VA point, it’s worth pointing out that this monitor feels big. Given the prominence of curved gaming monitors today, seeing a flat display that large certainly left a different kind of first impression.

Design-wise the monitor looks great — its clean and understated form is decked in all-black matte plastic and trims of red. There’s a little gloss on the bottom bezel, which is also slightly thicker than the tops and sides, but other than that all of your attention will be pulled towards the screen. The size and weight of it made mounting it on the stand a little worrisome, as it did exhibit quite a bit of wobble. However, once locked in and planted on the desk, everything is as stable as can be. The tilt, pivot, and height adjustments were relatively smooth, and some will be glad to hear it can rotate for upright use.

The stand itself is rather chunky. Combined with the screen’s physical size, you’re going to need a fairly large desk to comfortably use this on. Thankfully, the stand’s footprint isn’t obnoxiously huge so it won’t compete for space with your keyboard or any other desk-bound peripherals. Alternatively, you could mount it through VESA 100 for greater flexibility.

LG retains their sensible port placement, all of which are on the rear. Like any Nvidia G-Sync offering we get HDMI 1.4 and DisplayPort 1.2 for video, the latter necessary for refresh rates beyond 60Hz. They’re accompanied by a pair of USB 2.0 downstream ports with quick charging (plus one USB 2.0 upstream), as well as line-in and headphone out ports. Again, these are all on the back so they may not be something you’ll reach for quite often, though it is handy for permanently attached controllers or headsets. Side-facing USB ports would have been nice but LG seems to prefer keeping the ports clustered together. Those ports are smack-center on the rear, surrounded by what some may consider a gimmick: LG’s Sphere Lighting. It’s a ring of RGB LED lights controlled via a dedicated scroll wheel along the bottom of the monitor. We haven’t reviewed a gaming monitor with bias lighting recently, and it’s hard to measure just how useful it’ll be. The idea behind it is that these lights would reflect off the wall to provide sustained, indirect glow, putting less strain on your eyes — there’s a 31.5-inch slab of light pummeling them, after all.

In our office day-to-day they didn’t prove the least bit useful, as its highest brightness setting did little more than to provide faint ambient lighting. Not particularly exciting. It’s when the lights go out that they come into their own, though you’re going to have to be a gamer with a strong penchant for RGB to want to consistently play in the dark. As expected there’s quite a bit of customization to be found, and it wouldn’t be too hard to match the colors with the rest of your radiant PC setup.

The on-screen display (OSD) menu is accessed through a joystick, another LG staple. Here you’ll find various gaming modes alongside the usual adjustments such as pixel overdrive, a black stabilizer, gamma, and more. It’s business as usual, though this a good point bring up that VA panel.

Most gaming monitors these days either opt for in-plane switching (IPS) or twisted-nematic (TN), either for the richer and more accurate colors or for the blazing fast response rates. Both have is relatively downsides, and with TN straddling the two it almost always feels like a compromise. So why did LG use a VA panel for their 32GK850G? Because this particular one is actually better than you expect. We’ll start with the color shifts. While these are clearly evident, there’s quite a bit of side-to-side leeway before things start looking different — split- or same-screen multiplayer games wouldn’t be terrible on this, provided everyone’s seated close by. Things take a different turn once you stand, as the vertical shift results in noticeably washed out colors throughout the screen. Realistically, most users would be gaming alone, but the fact that two or more people could look at a TN screen without recoiling is grounds for praise.

Another positive lies in its contrast, rated at an admirably high 3000:1 to beat out most IPS and TN-based competition. Add the fact that it has strong black level performance and no IPS glow to contend with, and you’re looking at a monitor that shines for entertainment purposes. You won’t be doing any color work on it but watching movies and playing games, in the relative dark no less, is something the 32GK850G performs well at.

Wrapping it all up is the 5ms grey-to-grey (G2G) response time, a relatively safe figure. There were no perceptible delays during average gaming, and its impressive refresh rate ceiling of 165Hz (overclocked from 144Hz) nudges the monitor into future-proof territory. Sure, the era of 4K HDR monitors is dawning, but those are reserved for enthusiasts with the hardware and pockets to support it.

And that’s where the LG 32GK850G comes in, as being a 31.5-inch QHD monitor with G-Sync and 165Hz support makes it an attractive bridge between the tech of yesterday and tomorrow. You won’t need a terribly high-end machine to drive games on it, and it offers enough of an upgrade from 1080p models 27-inches or less (considering image sharpness) to make it feel like you’re moving up the quality scale. So while it doesn’t make sense for current 1440p users to consider this “side-grade”, this is one monitor that RGB lovers and 1080p gamers ought to consider.

Ade thinks there's nothing quite like a good game and a snug headcrab. He grew up with HIDEO KOJIMA's Metal Gear Solid, lives for RPGs, and is waiting for light guns to make their comeback.
Previous post Capcom shares details on the Monster Hunter live-action movie
Next post Is Nintendo planning a Switch hardware update in 2019?