Review – The Logitech G413 Gaming Keyboard is a Minimalist beauty 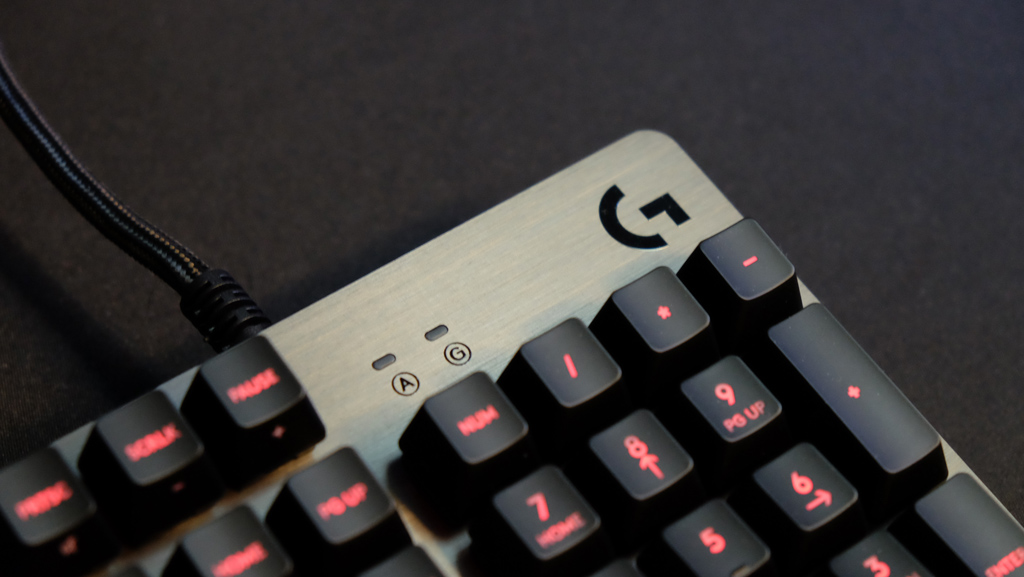 RGB lighting, glossy plastic, and ostentatious designs may appear to be the hallmarks of premium gaming keyboards today, but there’s also a growing awareness that a sizeable number of folks don’t want any of those things, even if they can afford it.

Models like the HyperX Alloy FPS tap into the demand for simple and fuss-free keyboards, and the Logitech G413 Carbon hopes to muscle in on this more moderate crowd. The more modest approach means that the price is far more palatable as well, and the G413 Carbon will cost you just S$129. To be sure, that doesn’t qualify as dirt cheap, but it is still a lot more affordable than many of the other offerings from Corsair, Razer, and even Logitech itself. The G413 is actually available in two different colors, Carbon and Silver, but only the Carbon model is on the shelves here. The single-color backlighting is different for both models, and the Carbon model sports fierce red LEDs.

Obviously, this means there aren’t many customization options to play with, but you can still use the Logitech Gaming Software to adjust things like brightness and the speed of the breathing effect. That said, the keyboard will work perfectly well if you want to dispense with the drivers, and hitting Fn + F7 will let you toggle through five different brightness levels.

Other than that, the lighting options are very limited, and there’s really only a choice between static and breathing effects. This is slightly disappointing, as the HyperX Alloy FPS managed to build in more effects despite its driverless operation, and you could use the arrow keys to toggle between effects like ripple, reactive, and wave.

Nevertheless, the design is actually one of the most appealing and unique aspects of the G413 Carbon. Frameless designs are nothing new now, but they’re new for Logitech, and the G413 represents a refreshed and more minimalist approach for the company. The keys sit on top of a 5052 aluminum-magnesium alloy top plate, and they float free of any restricting top cover.

One benefit of this approach is that it’s far easier to clean. There are fewer corners for dust and dirt to accumulate, and blowing out dust bunnies shouldn’t even require you to remove the keycaps.

The brushed metal design also helps convey a more premium feel, and the red backlighting goes quite well with the dark gray finish. This red-and-black combination has been done way too many times with gaming peripherals, but there’s no denying that it works. The G413 Carbon features Logitech’s own Romer-G switches, which were designed together with Omron. These are quiet, tactile switches that attempt to approximate the feel of Cherry MX Browns, but they really feel quite different. Even though they’re supposed to be tactile, the bump is a lot less apparent and presents itself nearer to the beginning of the key press. That’s not necessarily a good or bad thing, and it’ll really come down to individual preferences.

One of the distinguishing features of the Romer-G switches is a central light guide that helps focus the light from the surface-mounted LED, minimizing light leakage and allowing for more even illumination on the key legends.

They’ve also been designed with shorter actuation distances – 1.5mm versus the 2mm on regular Cherry MX switches – that theoretically facilitates quicker response times and key presses. Of course, this is all in theory only, and there’s little if any tangible difference.

But because of the proprietary design, you’re pretty much stuck with the stock keycaps, and third-party Cherry MX sets will not work. The ABS keycaps are wont to shine and pick up grease after a while, so that’s something you’ll have to take note of in the long run.

The keyboard lacks dedicated media controls, but secondary volume and navigation functions are bound to the Function row keys, which you can access by holding down Fn together with the relevant key. There’s also a built-in Game mode, where the Windows key is disabled to prevent accidental key presses that might disrupt your game.

Overall, the G413 feels very well-built, with little flex to its chassis. The keyboard feet snap out toward the side, instead of toward the back, and while this can seem a bit odd at first, it actually prevents them from folding back down when you push the keyboard up or down the desk. That said, it does mean that you’ll want to be careful when repositioning the keyboard horizontally.

All things considered, Logitech has created an affordable and functional gaming keyboard that has considerable mass appeal. There’s probably little reason to consider it if you’re already using a mechanical keyboard with customizable RGB lighting (unless you suddenly want something more pared-down), but it’s a good option for those looking for a simple full-sized keyboard. You’re missing extras like USB passthroughs and a detachable cable, but those are more of a luxury and aren’t exactly essential features.

Squee delights in trash talking on Overwatch and sleeping till 5pm on weekends. Few other things matter, except perhaps the next episode of Game of Thrones.
Previous post Red Dead Redemption 2 Delayed to Spring 2018
Next post All 21 episodes of esports reality show ‘Gamerz’ now available