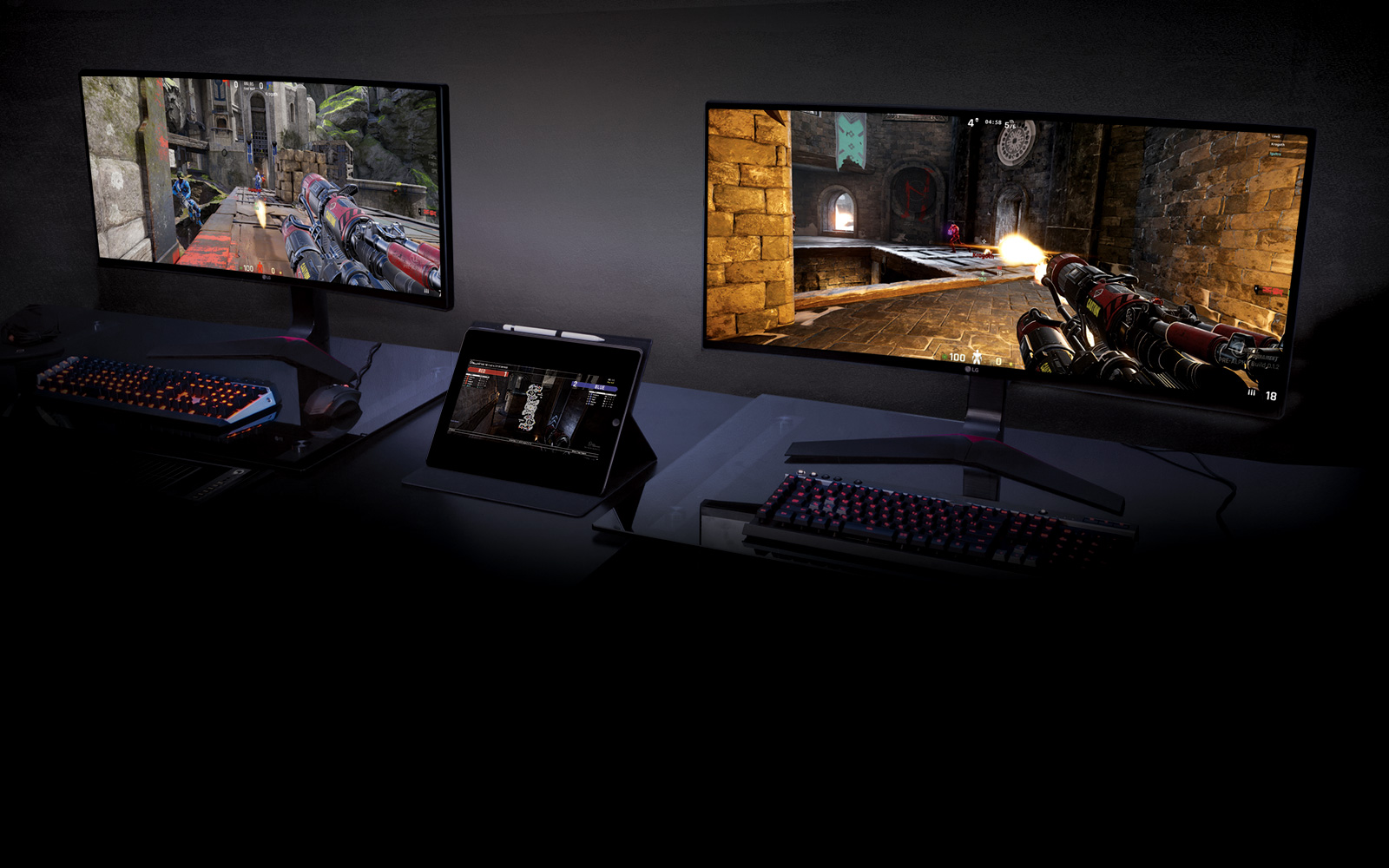 As the window to our digital world, the importance of a good monitor cannot be overstated. A lovingly built gaming rig will be all for naught if the video it produces is rendered as a blurry, tinted mess. This isn’t a call to blow your next paycheck on the biggest and latest out there but a reminder that in the PC world, users have options – plenty of options – and the LG 34UC79G happens to be a unique one for gamers.

Sitting in the review spotlight is LG’s foray into IPS screens boasting high refresh rates. Pegged specifically for gaming, this 34-inch monitor opts for the smaller 2560 × 1080 ultra-wide (21:9) resolution in favor of native 144Hz performance. It’s relatively new territory for the IPS world, and LG has sweetened the deal with features such as FreeSync, motion blur reduction, and response time boosts. It does take some fiddling to get where it needs to be but once set-up, it offers a great reference point to experience the many monitor advancements available today.

Let’s tackle resolution. Most 34-inch models out there will largely support 3440 × 1440, which is undeniably more attractive for daily use; after all, if you’re going for a physically larger screen you’ll certainly want an increase in virtual desktop space too. However, LG went for the less popular option not because they wanted to but out of necessity: DisplayPort 1.2 simply doesn’t have the bandwidth to support a higher resolution beyond 100Hz. Besides, it’ll take some serious PC hardware to run games at those settings.

So the question then becomes whether the extra frame rate is worth the drop in resolution, which is something only prospective buyers can answer. While many will be happy from simply surpassing 60Hz and landing at wherever their overclocked monitors take them, competitive players will value the ability to hit the 144Hz benchmark associated with esports. As always, consider the sort of games you mostly play.

Being a 21:9 screen, the LG 34UC79G is excellent when it comes to movie playback, minimizing the letterboxing you’d get with certain video content. The extra length is also nice when it comes to multi-tasking, effectively mimicking a dual-monitor set-up without the bezel break in-between.

Ultra-wides do take some getting used to but it won’t be long before you wonder why anyone would even consider going back. That adjustment period is especially true when playing first-person games thanks to the larger field-of-view, although not all titles natively support it – in those situations the content will be pillarboxed, as shown in the lead image above.

When you’re done shooting virtual characters in the face, however, try flexing the ultra-wide’s versatility by running vehicle simulators or anything with a strategic top-down view. It’s quite something.

Now, we did encounter a road-bump after setting up our review set: the colors were terrible. It’s completely at odds with the fact that it’s an IPS panel but, thankfully, diving into the settings ultimately helped. It did take a considerable amount of time to get everything looking right, although our particular unit shouldn’t be reflective of the brand-new sets out there – someone else had given ours a spin beforehand. Nonetheless, it’s something to bear in mind if you end up with odd-looking results. LG generously provides seven picture mode presets and two custom profiles, one of which is just for gaming. Switching between these is painless though I wish there was a way to filter out some of the lesser-used options, given that everything is controlled via a single button. Of greater interest are the game-centric features waiting in a separate layer of the OSD, allowing users to toggle FreeSync as well as to tweak response times or reduce motion blur.

FreeSync basically does what it’s supposed to, dynamically adjusting refresh rates for both a better performance and viewing experience. It’s the other two that are attention-catching as the LG 34UC79G, being an IPS panel, needs to reach a certain response time to adequately support higher refresh rates. It performs fine for the most part, though at the maximum 144Hz limit one can see a moderate amount of ghosting with the simplest of movements, much less the fast-paced turns and spins of a competitive game. While this improves once the response time is set to “Fast”, the issue is still noticeable. (It’s worth pointing out that we did recently review a 240Hz monitor.)

Lowering the refresh rate to 120Hz or 100Hz cleans up the picture quality considerably, though that does mean the monitor has less of an edge in the debate between frame rate and resolution. While this drops esports enthusiasts from the equation, the monitor is still a viable option for the gaming populace at large, mostly due to the aspect ratio, slightly higher refresh rate, and friendlier toll on the system.

What’s also friendly is the degree of curvature, which subtly brings the edges closer for a more natural view. This does mean that the only ideal spot is to be dead center, although viewing angles while standing or seated off to the side are still respectable. There were no obvious color shifts too; if anything, the brightness would benefit from a little tweaking in those situations.

On the back is a VESA mount and the pedestrian-looking array of ports. Here LG has helpfully provided a second HDMI port and a pair of USB 3.0, highly welcome additions for anyone wanting to connect multiple consoles and devices.

The stand is more a mixed bag, in that it provides good height adjustment and vertical tilt but no side-to-side pivot. Doing so requires shifting the entire monitor, which presents its own set of challenges: the width alone reduces the available range of movement (lest the monitor grazes a wall), and that a curved monitor requires some gentle finesse on the handler’s part. It isn’t that big of a deal since 34-inches itself is huge to begin with but it is something to consider in tight spaces.

The LG 34UC79G may not sport a killer feature per se but it all comes together in an attractive package for the everyday user, offering a balance between the different monitor specializations out there. While its price bracket does place it within reach of popular gaming models from Acer and Asus, LG has the benefit of being unique with their own fast, in-house IPS panel. Let’s also not forget the added usability offered by its port options, which eliminates the need for any cable swapping or switches. It may not be the most exciting monitor in the wake of tech shows such as CES and Computex but it is practical. Keep an eye out for it the next time you go monitor shopping.

Ade thinks there's nothing quite like a good game and a snug headcrab. He grew up with HIDEO KOJIMA's Metal Gear Solid, lives for RPGs, and is waiting for light guns to make their comeback.
Previous post Loot Gaming Crate subscribers will receive one League of Legends figurine this month
Next post The P-13 Helix is Aftershock’s first non-gaming Ultrabook