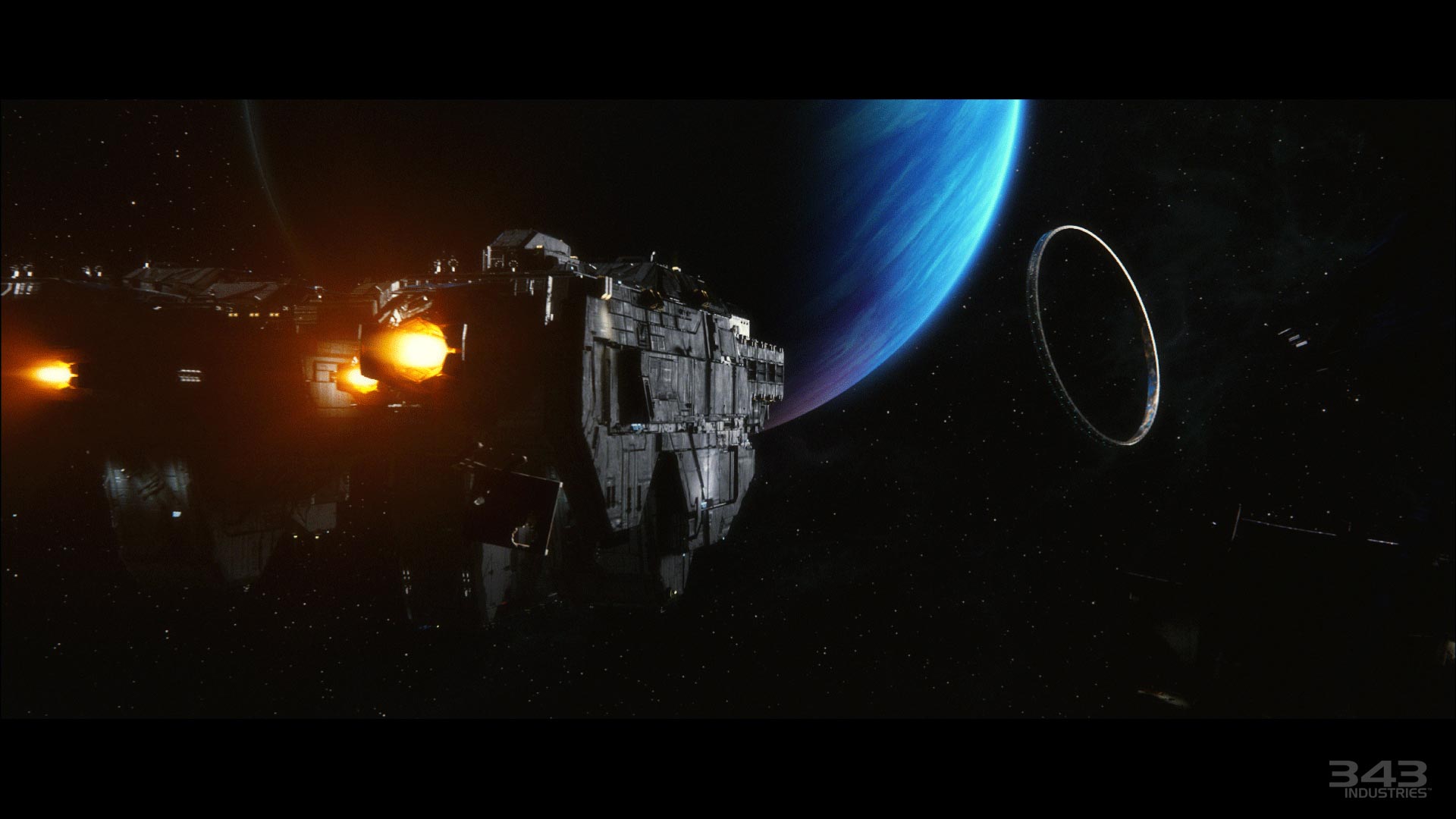 I remember the first time I saw Halo: Combat Evolved (CE). The year was 2001; I was at the big Challenger in Funan looking for games for my new Xbox, which was a prize from some Carrefour giveaway. I remember browsing through the titles when a salesperson game up to me and asked me if I wanted to try this new shooter. Being raised on a steady diet of JRPG’s and Mario, I honestly wasn’t interested in a shooter but I didn’t want to be mean to the nice sales dude so I obliged. Needless to say, I left soon after with a freshly purchased copy of the game and the rest, as they say, is history. The storytelling, the amazing combat, the (at the time) stellar graphics and that score, that glorious musical score, all underpinned an experience that today, thirteen years on, is still among my most treasured gaming memories.

Back to the topic at hand though, just how is Halo: The Master Chief Collection? In a word, it’s amazing.

In one simple green box you get all the numbered Halo’s and all their multiplayer content along with access to the beta of Halo 5 and the Ridley Scott helmed, Halo: Nightfall video series. On paper, that’s definitely not a bad deal for 70 Singapore bucks.

For the price of entry you are getting a master class in FPS design along with a lesson in how the genre has evolved, from the dual wielding in Halo 2 to the armour perks of Halo 4. The collection is a reminder that the Halo series has flourished not on just its brand name alone but because of just how consistently good each entry in the series is.

All the games, from the original to the recently released Halo 4, had excellent storytelling, huge sandboxes and some of the best AI along with map design and production values that hold up till today. It is not a stretch to say that many of today’s shooter favourites owe a lot to Halo.

However, if you are reading this, none of it is news to you. The real question is, why should you get this collection, especially if you own all the titles in the series and plonked down 60 bucks for the Halo: CE anniversary edition released few years prior, like I did. The answer, once again, is yes.

I guess, simply put, Halo: The Master Chief Collection is kind of like a make-your-own-Halo adventure. At your disposal are all the campaign chapters from all four games, all unlocked from the get go. So you can play the whole game start to finish for a truly memorable ride through nostalgia and sentiment or you can customize that playlist in any way you want. Want to do all the missions in all the games you get a Scorpion Tank in, no problem, just queue it up and enjoy. Want to do all the melee weapon focused mission, knock yourself out. You will also have full access to all the skulls and other game modifiers from across the games. You could almost say that the Master Chief Collection takes a truly buffet approach with its design. This collection ups the ante by not only giving you the four numbered Halo games in their original form but bundles in the re-mastered Halo:CE Anniversary from two years ago and introduces the newly done up Halo 2: Anniversary. In many ways, Halo 2 is the star of the collection. Often considered the black sheep of the series for the rushed ending and dual protagonists, the Anniversary edition of this classic has been touched up with a fresh coat of paint, full HD support and amazing cut scenes done by the same folks who did Halo 4’s retina melting ones.

Needless to say, once you team up the timeless gameplay of the series with more modern graphics, the collection goes from a trip down memory lane to a full-fledged modern release. Also, I for one am really glad that developers, 343 Industries retained the ability for the player to switch, on the fly with a single button press, between classic and re-mastered graphics on Halo 2: Anniversary. It really is a treat to see the differences in everything from lighting to character fidelity letting gamers know once again, that sometimes, old classics truly hold up to current gaming sensibilities and all they need to be relevant again is a fresh coat of paint.

Of course, how can you mention Halo without talking about its multiplayer? It is not a stretch to say that Halo:CE was one of the progenitors of the then nascent console FPS multiplayer scene and definitely the first one to make online multiplayer a staple of the console FPS experience. So good was the multiplayer that right up to the shutting down of the original Xbox’s multiplayers servers in 2010, people were still actively playing Halo 2 multiplayer. With over a hundred maps, four games worth of tweaks to work with and the might of Xbox live behind it; it seemed a no brainer that the multiplayer component of this collection would be spectacular and keep gamers the world over entertained till Halo 5 and beyond.

On paper at least.

As of this writing, the multiplayer is broken (Editor’s Note: Bungie has since fixed some of the issues here). Straight broken. Matchmaking does not work so all you are left with is a beautiful screen, awesome music and the knowledge that for now at least, multiplayer, one of the most lauded features of this collection does not work. Microsoft and 343 Industries is obviously working on it but so far, nothing concrete has been announced. Such a pity because I for one am raring to go back to the Halo 2 maps and dual wield SMG’s again with my shiny Xbox One controller.

Overall, it’s a testament to how damn good the games in the collection are that even with the broken multiplayer, I would still rate this game as a must own just for its single player content, which till this day has spawned a universe in scope and lore that, in my opinion, no FPS can match. It also helps that all of Halo is available to you from the get go and the ability to make playlists with any games in the series is an excellent idea. Combine this with the newly re-mastered Halo 2: Anniversary and even the cool additions such as access to the Halo 5 beta and Halo: Nightfall and you have a game collection that should set the standard for all video game compilations.

Halo: The Master Chief Collection celebrates the enduring spirit of the series which is all about telling epic stories and bringing you an adventure that is truly special in this strange little medium we call gaming.

Previous post Three-Day Open Beta for Ubisoft’s The Crew This Week
Next post Preview: Core Masters Wants You To Fight Faster And Harder