Home / Breaking News / Review: Not Tonight reminds to never judge a game by its cover

Review: Not Tonight reminds to never judge a game by its cover 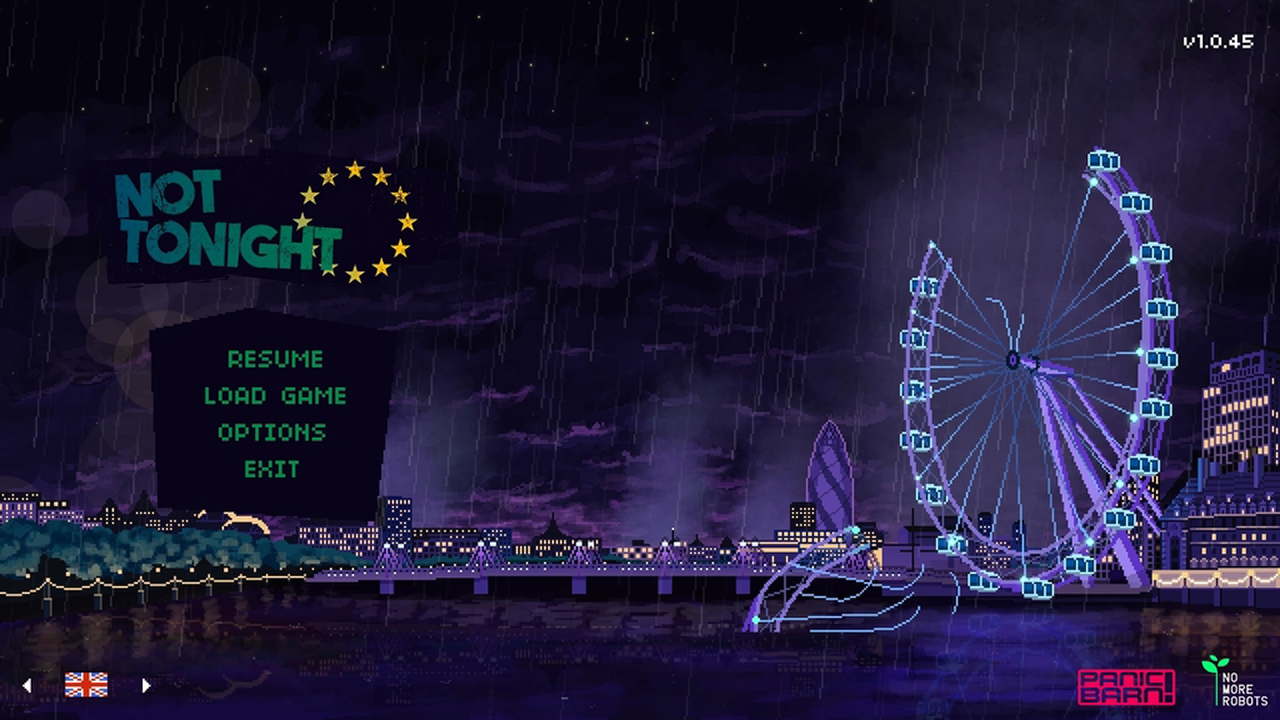 It’s official. You should never judge a book or game by its cover.

Having learned it the hard way, Not Tonight is the surprisingly addictive 2D game I spent three hours on before coming to that realization. Somehow, in the era of futuristic tech and next-gen graphics, developer PanicBarn has found a niche for themselves catering to retro lovers. I found myself enjoying that niche too. 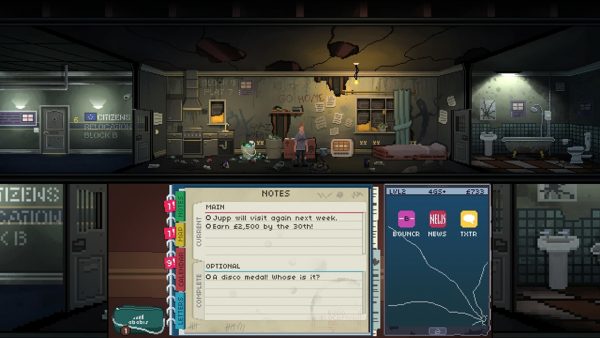 Not Tonight takes place in a fictional post-Brexit Britain, where people are segregated and treated differently depending on their heritage. The basic premise is that of the player’s job, as a bouncer for various clubs. You decide whether or not to let people into these clubs depending on pre-stipulated requirements, such as an age limit. Don’t mess up and keep the queues happy. At first glance it seems like a club-oriented version of Diner Dash, which is a fair association.

Then it gets interesting. Soon you’ll have people offering you bribes to let them in, and the racist Officer Jupp hammering on your door asking for “rent”. It’s really up to you how you want to make ends meet. Under-the-table bribes here and there may net you a small bonus, but let too many unwelcome customers into the clubs and you’ll end up getting the boot yourself!

Like most arcade-style games, winning gets progressively more difficult. Every club has a nightly quota of people to allow in. If you can’t meet the quota you don’t get paid, it’s as simple as that. From a bird’s eye view, Not Tonight does a masterful job of exploring common (and sometimes illegal) practices in the industry, such as multiple queues, VIP guest lists, fake or expired IDs, and the aforementioned bribes. These are just a few of the things you’ll have to look out for. The game’s UI is also rather easy to navigate, although some icons could have been made bigger. Most of the elements can be shifted around to the player’s liking, which makes it a little more convenient. Your primary accessory is an in-game phone with three apps:

Gameplay aside, Not Tonight also has a political aspect.  After working for a while you’ll have the chance to join the Resistance against the tyrannical, pro-racism government. We’re not exactly sure how being a bouncer eventually culminates in political plots but let’s just say gaming logic is a… very dynamic thing. However, what the game doesn’t do so well is the speed of its initial story progression. You do get two things from working as a bouncer: first is the in-game cash, and the second is a feeling of “grindiness” that rivals the original Runescape.

To put it into perspective, the entire first hour or two is spent doing the same thing: going to work, clicking on the bed, waiting for Officer Jupp to come by again, and repeat. To be honest, Jupp’s monthly visits were the only thing keeping me from quitting the game. It’s only after the first few phases that the story starts to pick up speed and progress to its more engaging arcs.

Apart from that, Not Tonight is without a doubt, one of the more interesting retro games I’ve played in a while. Although it does have its flaws, it’s still a unique take on the tried-and-tested arcade gaming concept. If you’ve got $18.50 to spare, it’s definitely worth a shot.

Not Tonight is out now for PC (Steam).
Developed by PanicBarn and published by No More Robots.

Kenneth is your dedicated jack of all trades gamer and borderline anime nut. When not writing, he likes to wind down with Overwatch, Apex Legends and a bit of Fate: Grand Order on the side.
Previous post Interview with Team Secret – a PvP eSports Championship Special
Next post They’ve made a pretty slick launch trailer for WWE 2K19