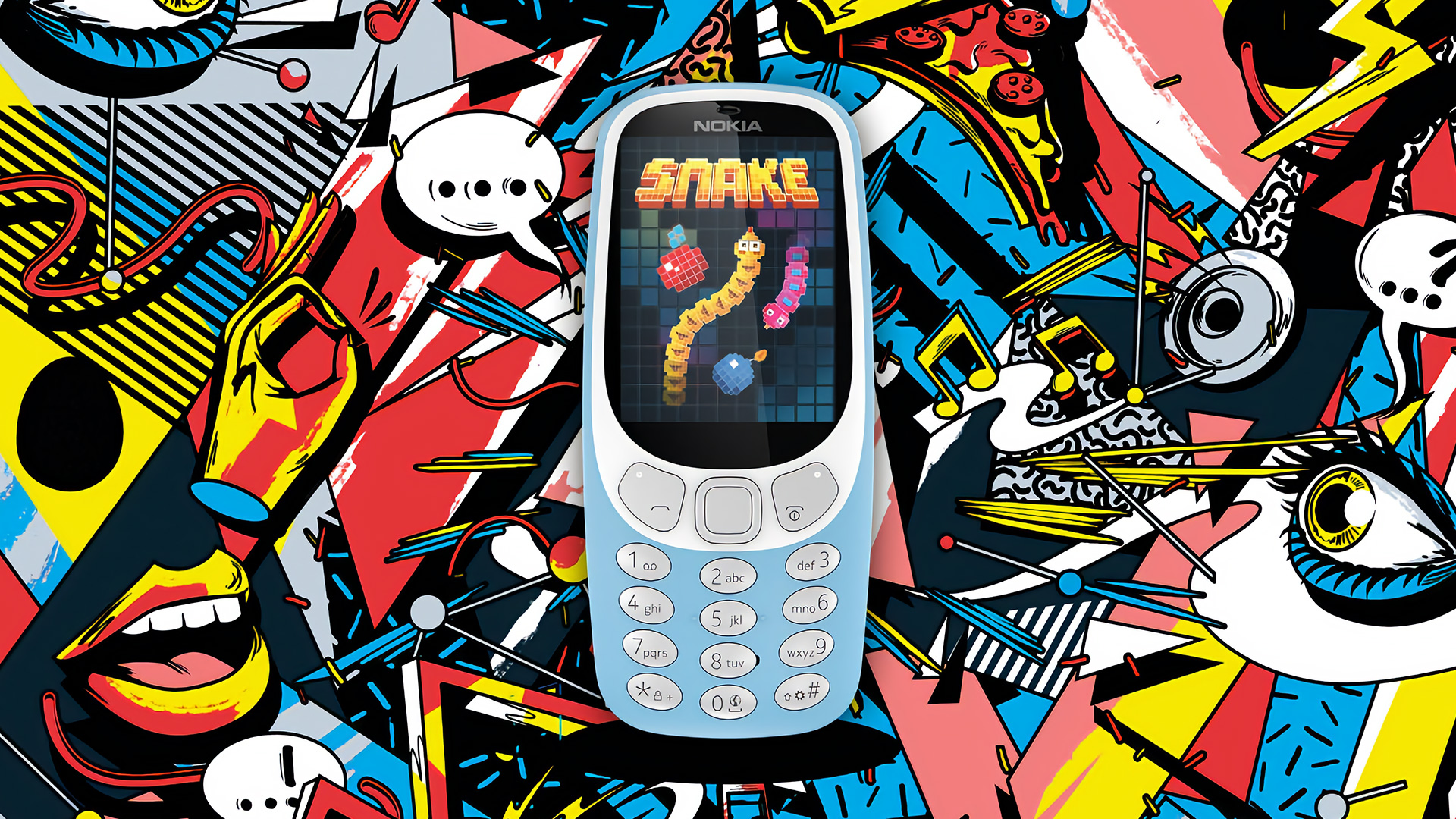 The shift to smartphones ushered in a new era of convenience, yet the fear of cracked touchscreens continues to stress the hearts of many. It was amidst this shift that one classic feature phone rose to fame, tales of its durability spreading far and wide across the internet. Never mind that most were clear exaggerations, for the Nokia 3310 was built like a tank. Indestructible. The Terminator of cellphones. A seismic hazard. Many were the titles bestowed upon it, though most failed to include one extra fact: Snake. Forget hero gachapon and social systems, the humble Nokia 3310 had long ago hooked a generation of mobile gamers.

When HMD Global announced the Nokia 3310’s comeback we found ourselves intrigued, especially when it came with an updated version of the addictive game. Singapore finally received the 3G model back in October, and when we got our hands on one we immediately went down to business.

You might wonder how much different Snake could possibly be; after all, it follows an ingeniously simple concept that is pure gameplay. Anything extra would simply be excessive, right? Well that, dear reader, is why we’re here. 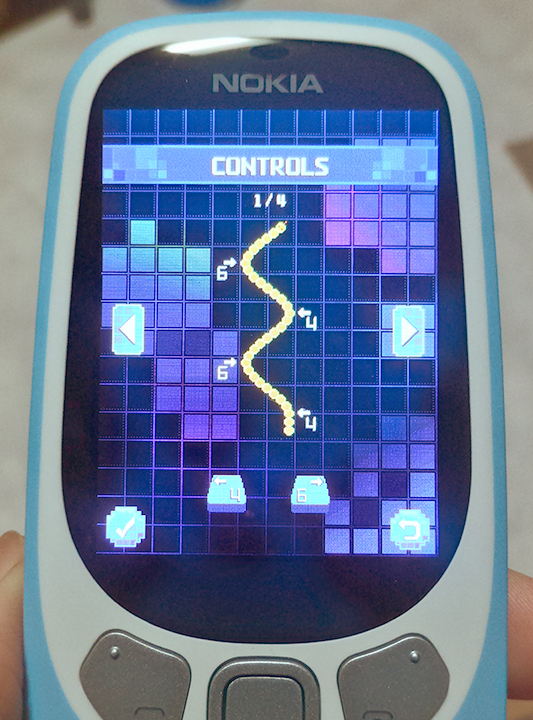 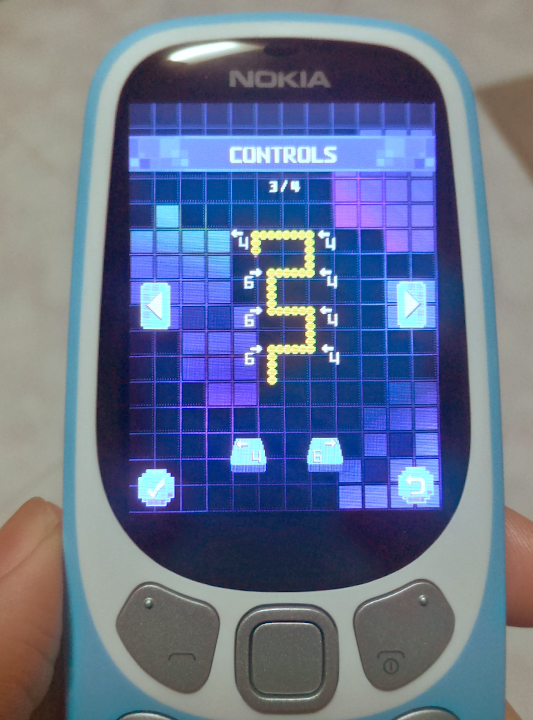 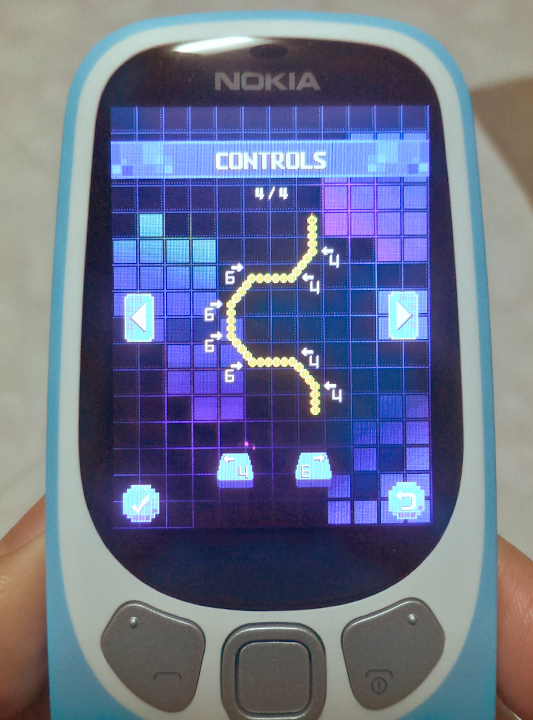 Load the new Snake and, chances are, your first reaction is over the different control schemes. Aside from the typical 2-4-6-8 keys for the cardinal directions, or a 4-6 layout to move the snake left or right, our slithering reptile could now move diagonally. Play a little longer and you’ll soon run into power-ups and bombs, too. Unsurprisingly, they do make the game simpler than it normally is, leaving them best reserved for the “campaign”.

Don’t worry, you can still play classic Snake and it’s as good as ever. The campaign is really nothing more than a series of progressively harder levels, utilizing various designs to showcase the new, optional mechanics. The first few stages will seem incredibly pointless for any veteran – collect x amounts of food without accidentally eating yourself – but you’ll soon run into AI duels and navigational mazes.

The duels introduce a second AI-controlled snake into the arena, turning the idyllic puzzler into a heated race. Unfortunately, the AI isn’t too bright once static and moving obstacles enter the picture, often running the snake into walls or itself. It’s a definite mood dampener, since the mode’s risk-taking could have made for a tense experience. It’s still possible to lose if you’re complacent, but the only challenge here are for score-chasers looking to dominate the in-game scoreboards.

If hearing about bombs got you excited then, sorry, these are just timed traps for you to avoid. The power-ups themselves I’m not too fond of. One instantly shrinks your snake, removing the extra length and speed increases without cutting your score. The other literally magnetizes your snake so it can vacuum up food from a distance. While they’ve made food spawn quickly all over the arena, it doesn’t remove the fact that the AI can’t put the vacuum power-up to full use, choosing to bee-line for food drops rather than sweeping around the area for higher yields. In a player’s hands, it’s simply too powerful.

Although the new additions don’t paint a pretty picture so far, they really come into their own towards the last few levels, when the developers toss everything at you for a four-way tangle. The game loses all finesse as the arena descend into chaos, though that is also when this new and updated Snake is at its most fun. It’s here that your thumbs and reaction speed are put to the test, dodging multiple AI snakes and moving walls as you position for the next power-up. It’s just a shame that the developed levels end shortly afterwards, so your only option is to play that mad melee once again.

The navigational stages are nice, though they feel more like a resting checkpoint than anything else. You simply move your snake across a linear maze, picking up food along the way to unlock gates towards the exit. It has moving obstacles and all that but nothing terribly exciting. If anything, they get annoying when diagonal paths are involved – I’m sure the developers wanted me to switch the control scheme but I’m a stubborn old coot, doggedly mashing the keys so my snake could staircase its way through. I wouldn’t recommend it unless you enjoy having sore thumbs.

I also need to point out that the grids tend to be visually misleading, as the snake doesn’t travel directly above the line but slightly off to the side. I’m not sure about the reasoning but it does an excellent job of making me bite corners when I least expect it, especially in tight spaces or with moving objects.

It’s a laundry list of criticisms but that’s only because I played a ton of Snake on – what else? – the classic Nokia 3310. While the updated version is a nice inclusion for the modern Nokia 3310 3G, it could have benefited greatly from more AI tuning and harder levels. At least owners still have the original and endless modes to look forward to afterwards.

In the meantime, the ball’s back in your court, Gameloft. Here’s looking to the next Snake iteration.

Ade thinks there's nothing quite like a good game and a snug headcrab. He grew up with HIDEO KOJIMA's Metal Gear Solid, lives for RPGs, and is waiting for light guns to make their comeback.
Previous post Review – LEGO Marvel Super Heroes 2 (PS4) could have been so much more
Next post Review – Assassin’s Creed Origins (PS4) is a shining return for the series