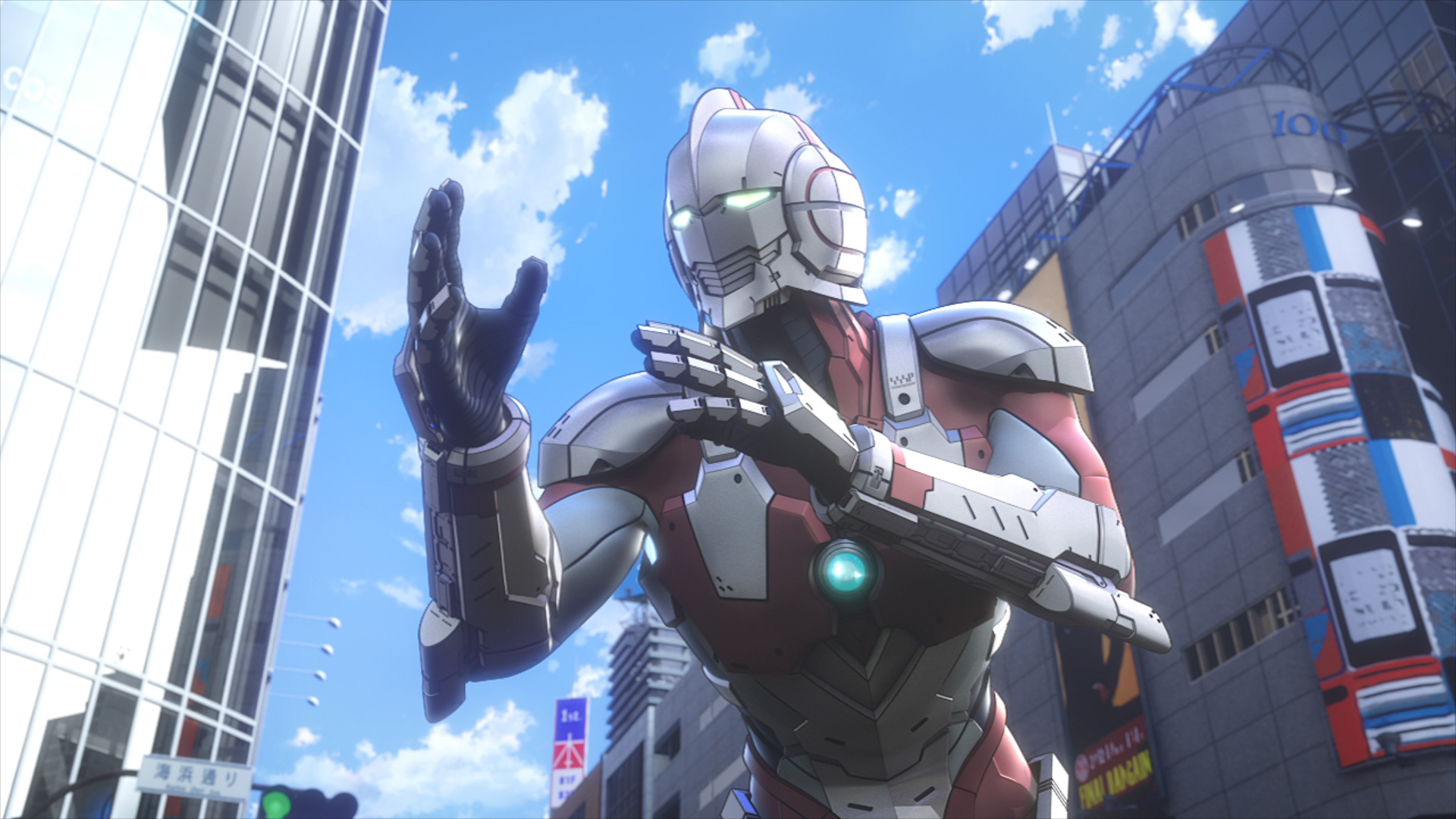 I have very little experience with Ultraman, if I’m being honest. The most I can remember is from watching episodes and movies on the kid’s channel a decade ago. Cut to today and I’m watching Ultraman on Netflix, in an anime adaptation of a manga meant as a generational sequel.

It’s kind of like greeting an old acquaintance. You’ve changed, they’ve changed, and now that you’ve grown, perhaps you’ll like them better. And I definitely like this Ultraman better. 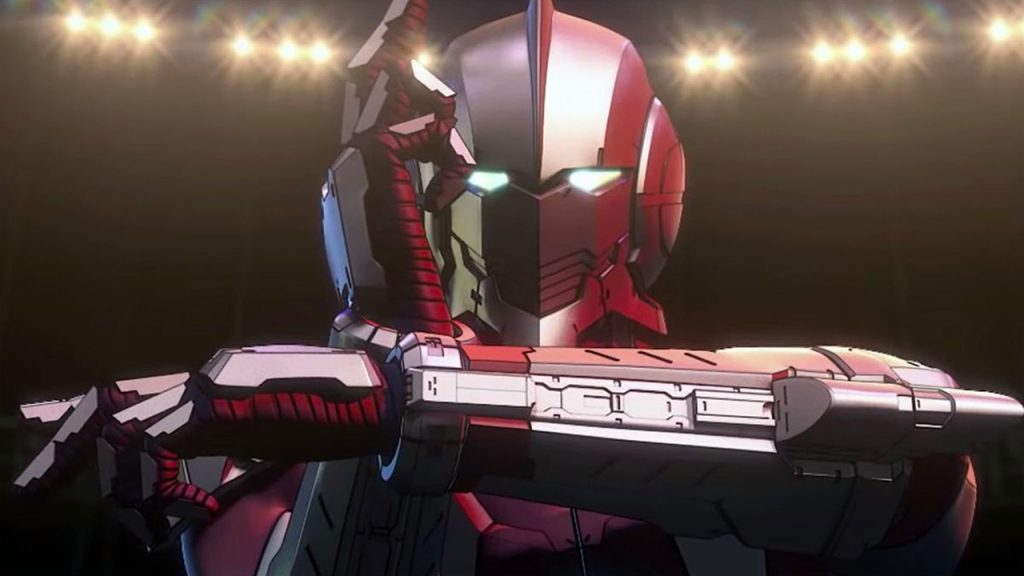 I never paid much attention to the original TV show’s lore, and I remember seeing 50 different variations of the hero at the toy store. The only parts I really liked were the big city-levelling kaiju showdowns, and Ultraman always promised that in spades. This Netflix show has me invested in a whole lot more.

The story picks up some time after the legendary ‘Giant of Light’ has left planet Earth for good, presumably having torched the last kaiju to threaten humanity. Shin Hayata, Ultraman’s ex-vessel, is now older and a father, with no memory of his time joined with Ultraman. He later finds this out, which explains his superhuman abilities. It turns out that being with Ultraman has its consequences, and he soon realises that those consequences have spread to his son Shinjiro as well.

Shin decides to pick up where he left off, this time as a street-level Ultraman – not quite as gigantic as he used to be, but fighting for good, nonetheless. The story then takes another time jump (jarring, to say the least) and introduces us to the show’s actual protagonist: a teenage Shinjiro. He receives an Iron Man-esque suit that gifts him the same Ultraman abilities, albeit on a smaller scale. Now son must follow father, defending Earth from those that wish to do it harm. 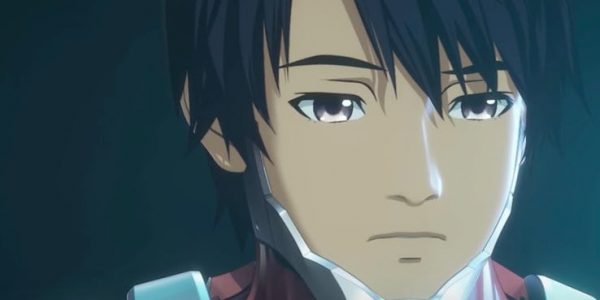 It’s an interesting premise, to say the least. Going into the series completely blind, I had no clue that Netflix’s Ultraman abandoned the large-scale battles the franchise was known for. It has worked for this show, however, as it lends a grittier and more realistic feel for today’s audiences. When Ultraman is smashing through buildings to throw a giant lizard into space, you can see the danger and destruction, but you can’t quite feel it.

By zooming to ground-level, this Ultraman must constantly move the battle away from civilians and keep them out of harm’s way. Lives can easily be lost in any fight, and it takes seeing to believe it. And so, Shinjiro is constantly thinking about who’s getting caught in the crossfire, or wondering why he even has to kill his enemies at all. The stakes may seem smaller, but they’re now more visible and personal for our hero.

Production I.G. have absolutely knocked it out of the park when it comes to animating this Ultraman. They’re the same studio that made Persona 5’s anime cutscenes, but they’ve opted for a more 3D CG art style to better mesh with other Netflix originals. The frame rate dips distractingly every once in a while, but the show is buttery smooth most of the time. 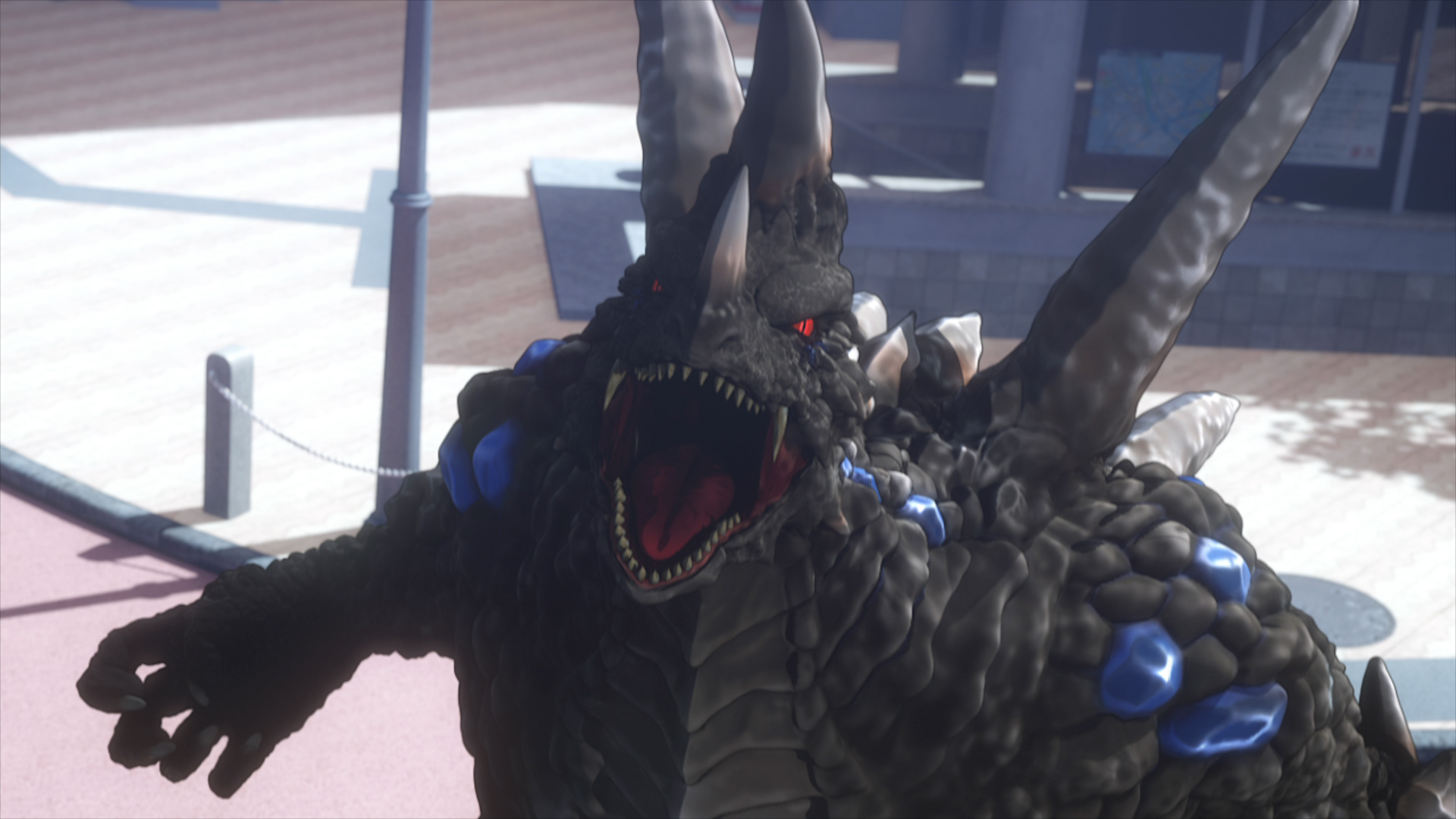 Action is also slick and well-choreographed every time conflict inevitably erupts. It’s over-the-top and always fun to watch, with plenty of flash in case you forgot this was a Japanese production. Most importantly, the fights are framed well and easy to follow, yet tense enough to keep you gripped till the end.

The music is absolutely phenomenal too, carrying some of Ultraman’s most dramatic and action-heavy scenes. The main theme is still stuck in my head as I write this, and I’m not even mad – it’s a suitably epic theme for every heroic moment Shinjiro charges through.

Voice acting on the English side is pretty alright, with only one or two voices being extremely grating. Subtitles exist, however, and the original dub is superior in this case. It’s all a matter of personal preference, of course; I watched most of the show in English and enjoyed it just the same.

As for the story itself, it ends up being okay. It’s engaging enough to keep you glued to the screen most times, and the big fight scenes usually have some emotional hook to them. It’s an upward battle for Shinjiro, who’s inexperienced enough to lose a battle, but determined enough to win them through sheer perseverance alone. 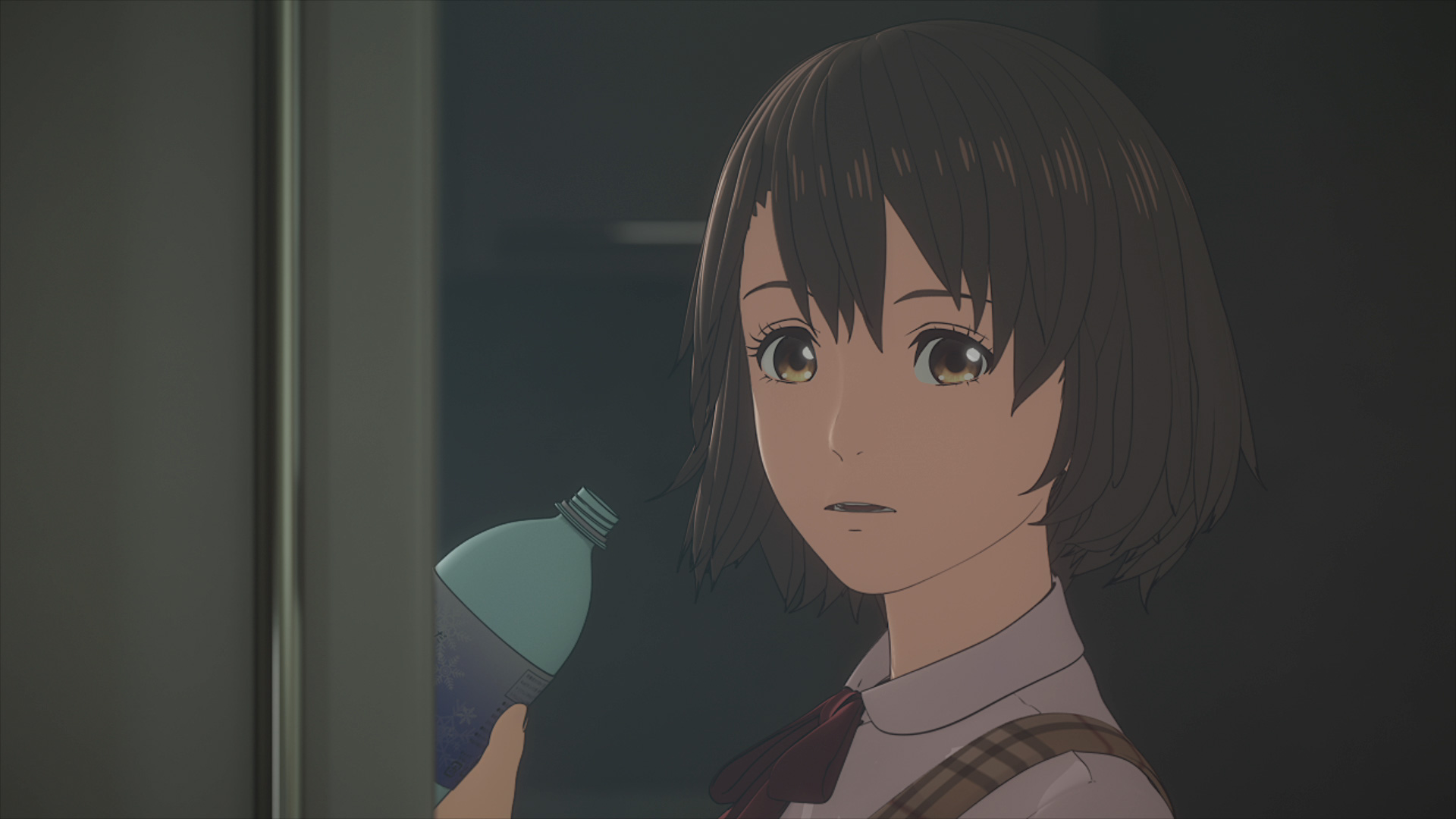 The problem is that Shinjiro is a little bland for a protagonist. Outside of being Ultraman, there’s nothing to make him an interesting character – the only flaw to his name is his inexperience. Ultraman does throw us a bone by attempting to focus on his relationships with his father and a love interest, but that doesn’t last for very long and we don’t see those relationships blossom enough as they should.

Even the main villain gets sidelined. They appear quickly enough into the show, shrouded in mystery and full of cunning plans. Unfortunately, those plans inexplicably get tossed aside in the last three episodes to focus on an entirely different villain.

That’s matched by the appearance of another protagonist entirely, who has even more personal stakes than Shinjiro. The rest of the show proceeds to focus on this new hero’s struggles, and while it doesn’t derail the story too badly it does leave things feeling incomplete by season’s end.

The main villain’s identity is only partially revealed, with several important character threads and plot points dangling half-finished. It’s all to lead us into a second season, which is fine, but the cast just seem half-baked the way it is now. 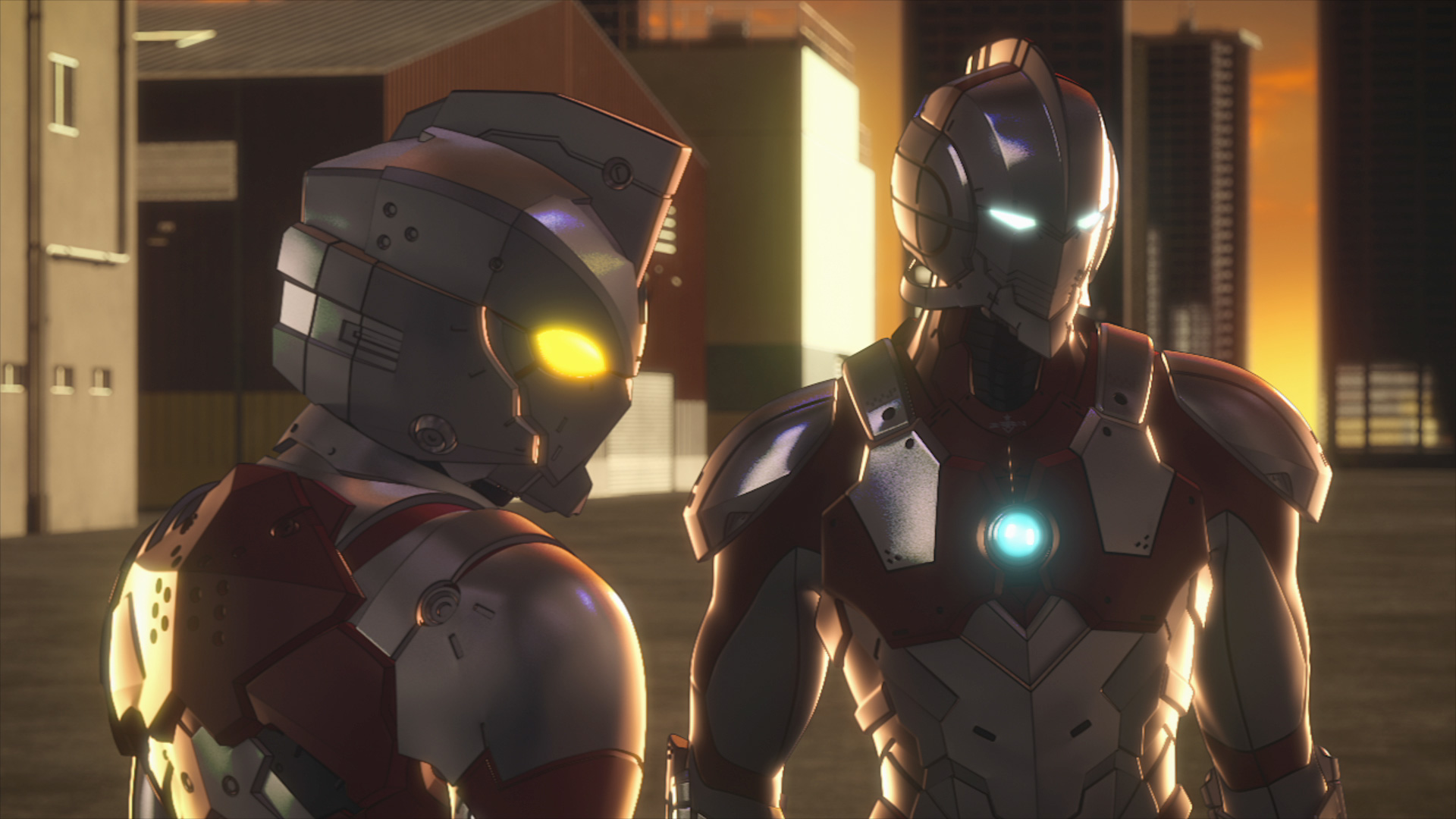 I came out of Ultraman just wanting to know more about Shinjiro and his father. What is it like for him to realise that his dad used to be the Ultraman? What is it like for Shin, who finally shares one thing in common with a son he has trouble connecting to? And what if that gift winds up with Shinjiro being severely injured?

The show can get really mature in terms of its themes and violence, so I’m confused why its characters display the emotional range of a teaspoon. Maybe I shouldn’t expect too much out of an Ultraman show, but that’s probably its greatest success: making viewers like me take Ultraman seriously.

A grounded, gritty show is exactly what Ultraman needed to be. It has an engaging story, well-done action, fantastic music, and some heart buried underneath it all. Hopefully the next season digs deeper into its characters, but for now this is a series brimming with potential.

Tim loves all sorts of things. Movies, TV shows, video games, comic books, cats and all that good stuff. What doesn't he love, you might ask? Minestrone soup. It is truly awful.
Previous post Rocket League developer Psyonix will be joining Epic Games
Next post *SCAPE is kicking off a new esports programme this Friday!