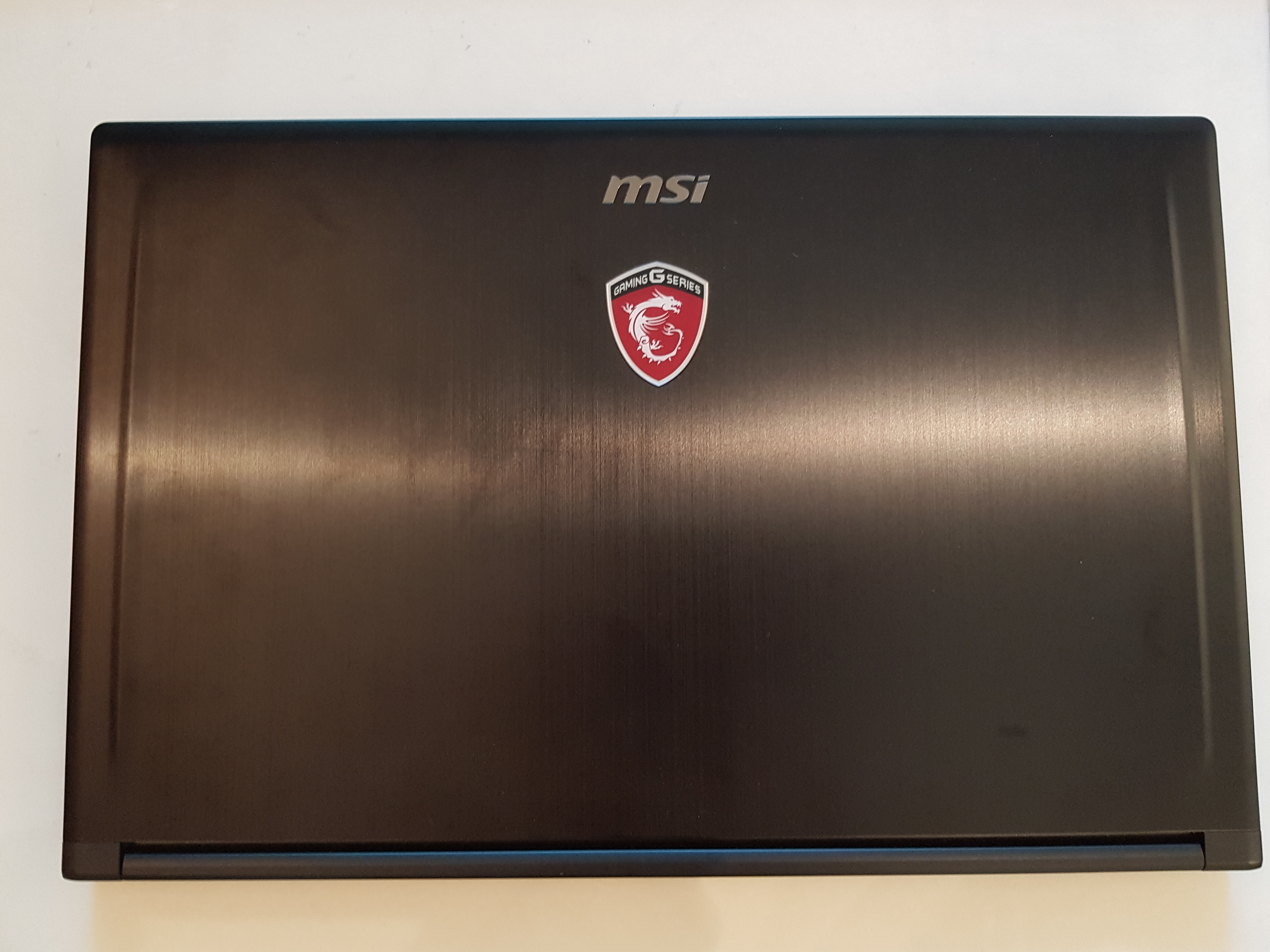 The end days of large-sized heavy gaming laptops seem to be drawing closer, as MSI has been busy making new designs that offer extreme portability, performance, and gaming instincts for the gamer who never wants to quit. While we have seen impressive thin and light gaming laptops from MSI in the past, the latest MSI GS63VR Stealth Pro definitely takes the cake.

Look & Feel
Gaming laptops are usually known to radiate the look of a mean machine, such as ASUS ROG series of desktops and notebooks. But MSI tries a different approach by introducing a new, industrial form factor with the MSI GS63VR Stealth Pro. The design is clean and simple from the outside with no unnecessary chassis add-ons, yet it’s hard to believe that such a thin model packs in so much power. Measuring at 17.7mm, and weighing 1.8kgs, the MSI GS63VR is unbelievably light for a gaming laptop.

The GS63VR comes with an impressive multi-color SteelSeries keyboard which can be custom tuned for the gamer’s preferences, and the smooth trackpad for your gaming controls. The keyboard features a brushed metal skin that occupies the entirety of the keyboard palm rest portion. 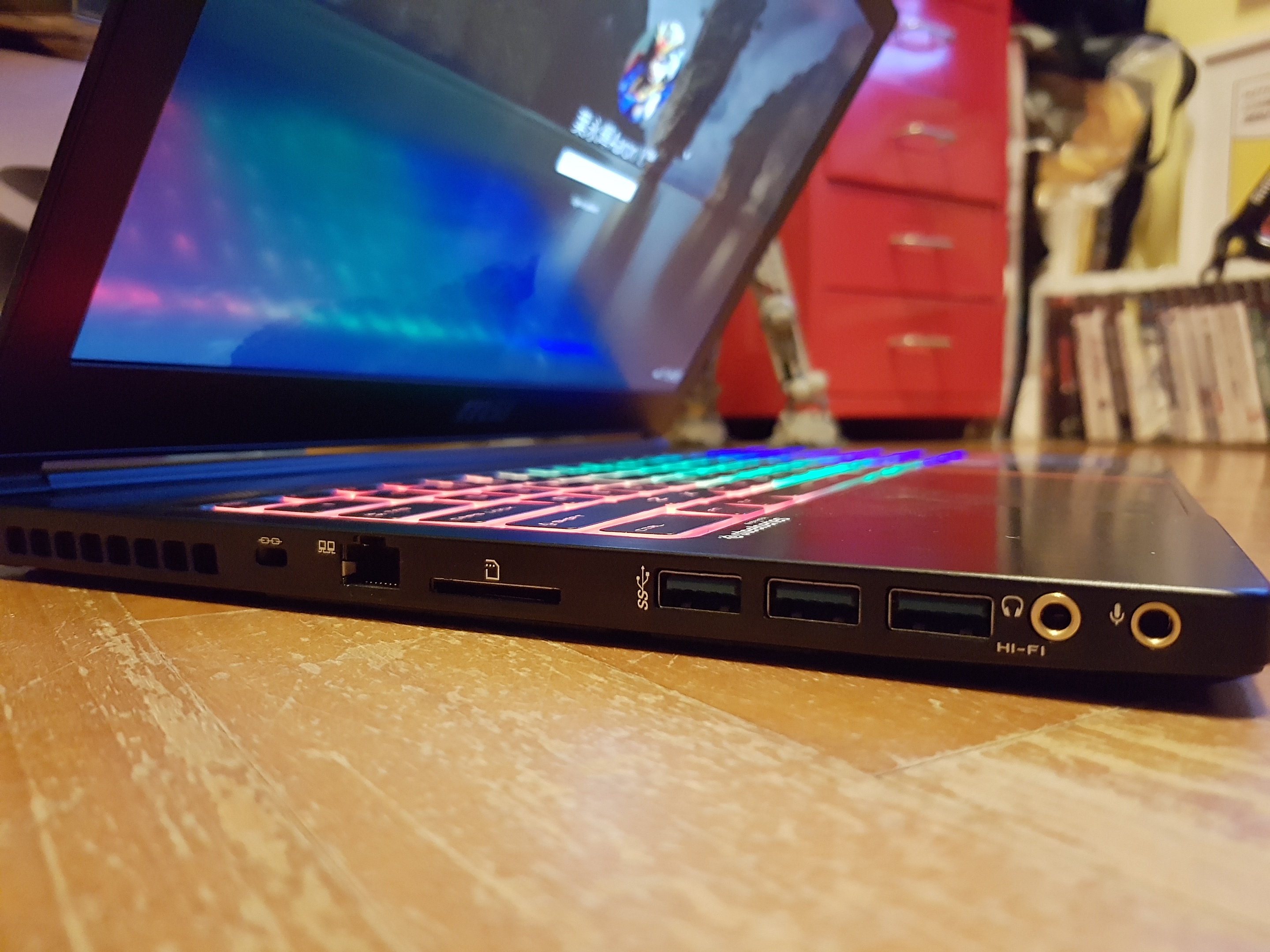 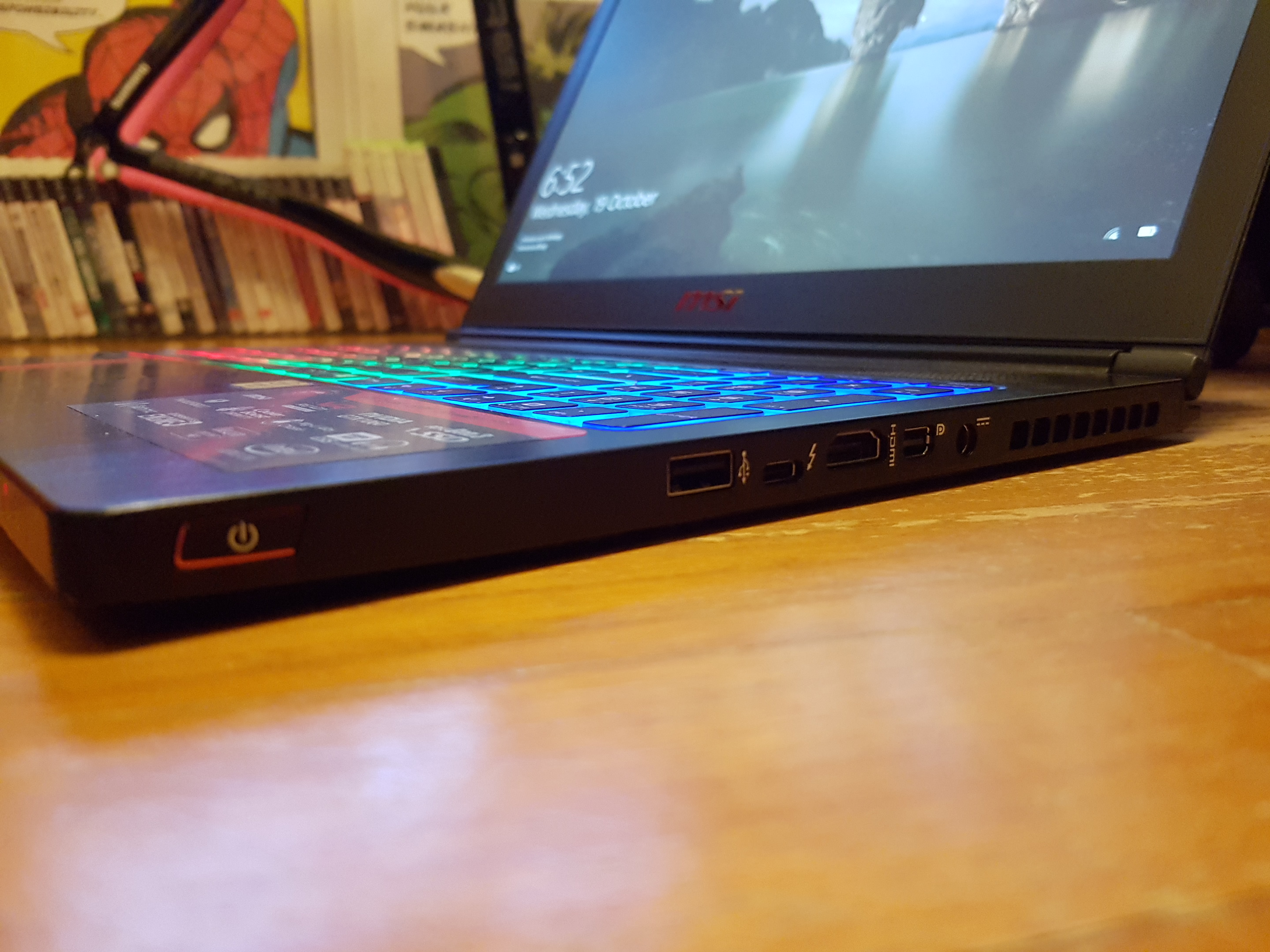 The left side of the notebook is where you’ll find the Ethernet port, SD card reader, three USB 3.0 ports and the mic-in and head-in jacks. If there’s one small complain we have here, is that the USB 3.0 ports and the two audio jacks are too close together. On the opposite side, is one USB 2.0 port, a Thunderbolt USB 3.1 Type-C port that’s fast enough to support up to two 4K displays, a full sized HDMI 2.0, a mini-Display Port and a power connector. The power button is also situated at the left end of this side, which actually looks all good and adds to the overall aesthetics of the notebook. However, in practical terms, the position is terrible – we have accidentally pressed the button one too many times, especially when plugging in a USB cable on the other end and using the right side as a leverage.

For display, MSI has gone with a 15.6-inch Full HD IPS panel with anti-glare coating to do away with all the reflections. The viewing angles appeared to be great as expected with good color reproduction too. The webcam on the front supports 30fps Full HD video calls. There is also a built-in 3-cell Li-Polymer (57Whr) battery that backs up the system, and in our test it’s good to last for between 2hr30mins to 2hr45mins with some light gaming, word processing and design works. Intense gaming, for instance Overwatch or even DOTA 2, on battery basically zaps the juice in no time.

Specifications and Performance
The GS63VR packs quite a punch with its innards too.What we have here is a mean slim machine that packs the latest Intel ‘Skylake’ i7-6700HQ Quad-Core processor, and teaming up with a large room of 16GB DDR4 RAM promises fast and snappy performance on the go. The review unit that we received has a PCie based 128GB SSD with Windows 10 installed, and a large 1TB HDD for storage.

The 1TB HDD, however, runs at a paltry 5,400rpm and is prone to bottlenecking games that requires a lot of file caching and transfers. Installing Doom for the first time, for instance, took more than an hour to complete.

That said, this laptop is a class of its own. The MSI GS63VR Stealth Pro sports the same true desktop-class NVIDIA GTX 1060 Pascal GPU, but with slightly lowered clock speeds. The following are the GTX 1060 Laptop GPU specifications when compared to the desktop version:

As far as gaming performance go, the GS63VR performed well in the games that we put through with it, including Rise of the Tomb Raider, Overwatch, DOTA 2, Total War: Warhammer and Gears of War 4. All the games are tuned to their visual’s maximum settings. The machine could only run at 1080p as its native resolution which is perfect for the NVIDIA GTX 1060 and a 15-inch display. The GPU isn’t meant for 4K gaming, nor would that resolution have made practical sense on a 15-inch anyway.

In general, the MSI Stealth Pro GS63VR is a great gaming notebook. The design and build quality are excellent, especially in such a slim package without skimping on performance. This is also a great showcase of how NVIDIA’s GTX 10-series can revolutionize mobile gaming.

The balance of power and portability is really the most outstanding feature for this notebook. During my use, I never frowned upon its handling or usability as a productivity machine. As a gaming notebook, you’re going to be hard pressed to find a laptop as thin and light as the GS63VR that holds a GTX 1060 in the market now for S$3,199.