Home / Reviews / Movies / Transformers: The Last Knight is a 150-minute slog in the mud

Transformers: The Last Knight is a 150-minute slog in the mud 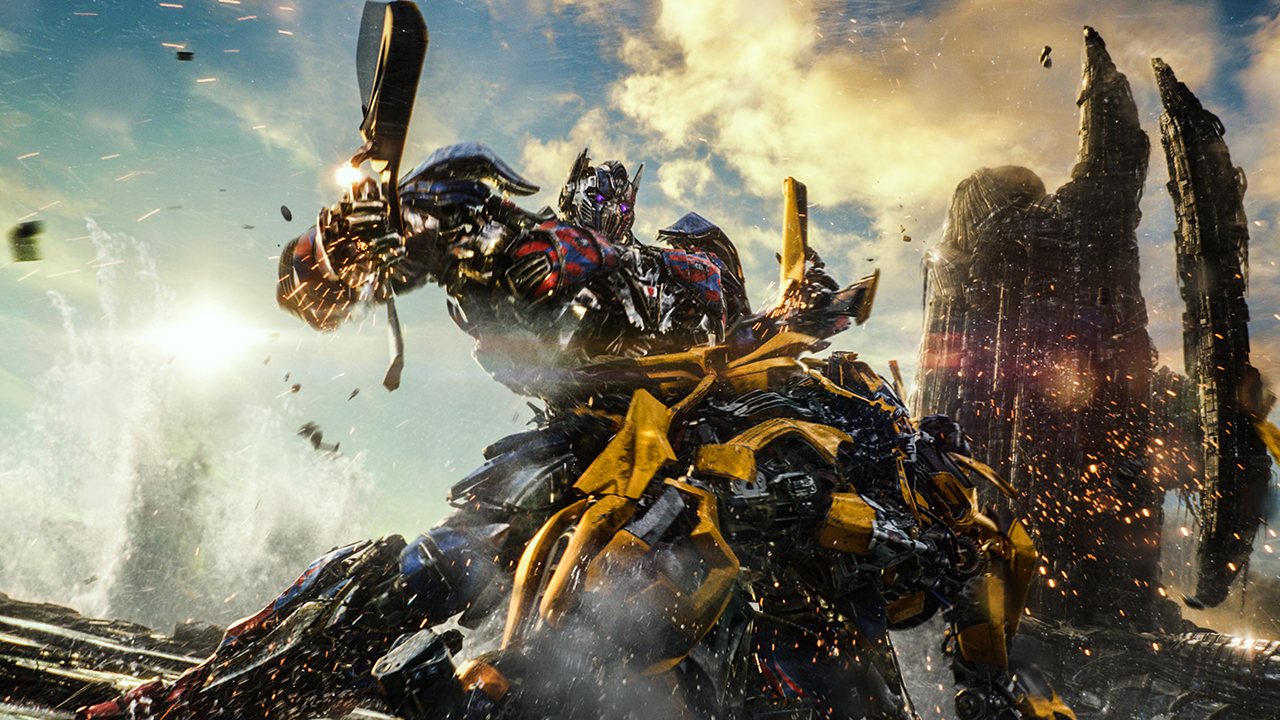 Despite attempts to outdo its predecessors, Transformers: The Last Knight remains shackled to the franchise’s mediocrity, much like a vehicle trapped in a muddy ditch. The incorporation of Arthurian legend, the teasing of a villainous Optimus Prime, or even the casting of Sir Anthony Hopkins, do little to elevate the series beyond CG showreel caliber.

Director Michael Bay doesn’t stray from his chaotic brand of movie-making so anyone who’s had trouble with his past work are in for a 150-minute endurance trial. On the other hand, it does mean audiences get to see a vast production budget sunk into visual effects, which is admittedly a sight to behold on IMAX screens. In short: business as usual.

It begins with roaring fireballs and the clang of steel, the movie quickly establishing a medieval battlefield and King Arthur’s waning place on it. However, it’s clear that the opposition never heard the embellished tales and rumors surrounding Arthur, since Merlin soon appears with – what else? – a Cybertron dragon. Of course, any impact this reveal may have had has been lost from all the promotional material, and so we segue to the modern timeline featuring Cade Yeager, the ever-popular Bumblebee, and the orphan Izabella.

At its crux, the war between Autobots and Decepticons marches on with the US military doing all they can, stubbornly regarding both sides as a threat. In a misguided scheme, the humans strike a deal with Megatron to recover an artifact in Yaeger’s possession, who happens to be a close ally of the Autobots. Naturally, Megatron’s condition was for the remaining Deceptions to be freed so that they may aid him in the task.

Thus ensues a battle set amidst the backdrop of a heaping junkyard, ultimately ending in Yaeger meeting with Vivian Wembley, an Oxford professor and obligatory love interest, and later Sir Edmund Burton, an astronomer and historian. Unsurprisingly, the latter has a grander role to play, sharing plenty of well-kept information regarding the Transformers and their habit of visiting Earth. Oh, there’s also the impending doom involving Cybertron, the Transformers’ home world. The solution requires Merlin’s staff which, through the power of plot convenience, is easily located thanks to Vivian’s direct lineage to the wizard. I’ll let viewers discover the rest for themselves, though they shouldn’t get their hopes up – the story is still merely a means of stitching set-pieces together, and with an unsteady hand at that. As for Optimus Prime, his mysterious tale is linked to the whole Cybertron side of things, with a reunion punctuated by sparking metal and flying debris. I’m pretty sure fans will have some strong words for how it’s all portrayed.

If the movie’s intent was to numb audiences with its patchwork narrative and forgettable dialogue then I’d say they’ve done a stellar job. Perhaps it’s so they could better dazzle us through sheer visual and auditory force instead; combined with the caffeine in my system, at least it helped to keep me awake.

That’s not to say that Transformers: The Last Knight is nigh unbearable. It’s only with the understanding that one should switch off, slump into their chair, and simply soak in the action that they can begin to enjoy the movie for what it is: an artificially sweet summer blockbuster. Yet the notion that our mega-hits should be mindless entertainment is sorely dated when compared to the contenders from Marvel’s Cinematic Universe or Star Wars, both long-running properties. And maybe the studios recognize this too, as this marks Michael Bay’s last directorial effort for the Transformers franchise.

To his credit, the movie does look stunning when it gets room to slow down and breathe (no, the slow-motion action sequences don’t apply). Sure, you can only count those moments with a single hand — such as Earth finding itself in an unwanted embrace, or the serene snapshots of the countryside – but they grant the IMAX theatre different opportunities to shine.

Strangely enough, the CG work didn’t wow me as much as the older movies did. It’s technically impressive in the way most high-budget Hollywood productions are, although a few issues cause The Last Knight to feel stale. For one, it doesn’t quite show us anything new or better – as the fifth Transformers entry, we’ve already grown accustomed to massive robots beating the lights out of one another. Furthermore, the series has already peaked when it comes to cool Autobot and Decepticon designs, while the underwater segments in the latter half didn’t switch up the formula as much as I hoped it would.

The other involves the weird aesthetic blend between fantasy and sci-fi, thanks to the introduction of Merlin and the various knights. It’s not that the combination is bad (quite the contrary) but the way it’s handled in Transformers: The Last Knight dips into B-grade cheesiness at times, which isn’t what the movie is shooting for. Couple those with the relentless banter and forced humor, and it all comes across as under-polished. They’re miniscule criticisms compared to the larger directorial ones, though I still hope they’ll be addressed in the distant sequels – come on, we know they’re coming. There’s not much to say regarding the cast other than that they’ve done the best with what they’ve been given. As mentioned earlier, Mark Wahlberg’s Yaeger is joined by Chicago-survivor Izabella (Isabela Moner) and history professor Vivian (Laura Haddock). Izabella is very much the spunky tomboy, rash and eager to prove herself in a fight, whereas Vivian coolly plays off Yaeger’s character by being the alluring, high-heeled intellectual to his down-and-dirty outlook and aptitude for all things mechanical.

Most curious of all is Anthony Hopkins’ Sir Edmund Burton, the distinguished British professor who also serves as the last keeper of Transformers lore. It isn’t one of Hopkin’s typically severe roles (breaking away from typecasting is always nice) yet even with the show’s levity, his performance exudes an aura that demands attention. It’s still squandered by the frantic camerawork and poor lines but hey, he tried. They all tried.

It’s obvious by now that Transformers: The Last Knight didn’t sit well with me. However, it doesn’t matter; the movie will still pull in millions at the box office and, in doing so, cast the spotlight on the franchise and Hasbro’s product range once again. My only hope is that more people tire of this bland treatment of the IP so that we may finally get a fresh and cohesive adaptation, one that doesn’t rely on modern smoke and mirrors but a strong cinematic foundation.

Ade thinks there's nothing quite like a good game and a snug headcrab. He grew up with HIDEO KOJIMA's Metal Gear Solid, lives for RPGs, and is waiting for light guns to make their comeback.
Previous post .hack//G.U. trilogy will be remastered for PlayStation 4 and Steam
Next post Watch the latest Game Of Thrones Season 7 trailer