Hands-on with Disney Epic Quest, coming to iOS and Android in 2019 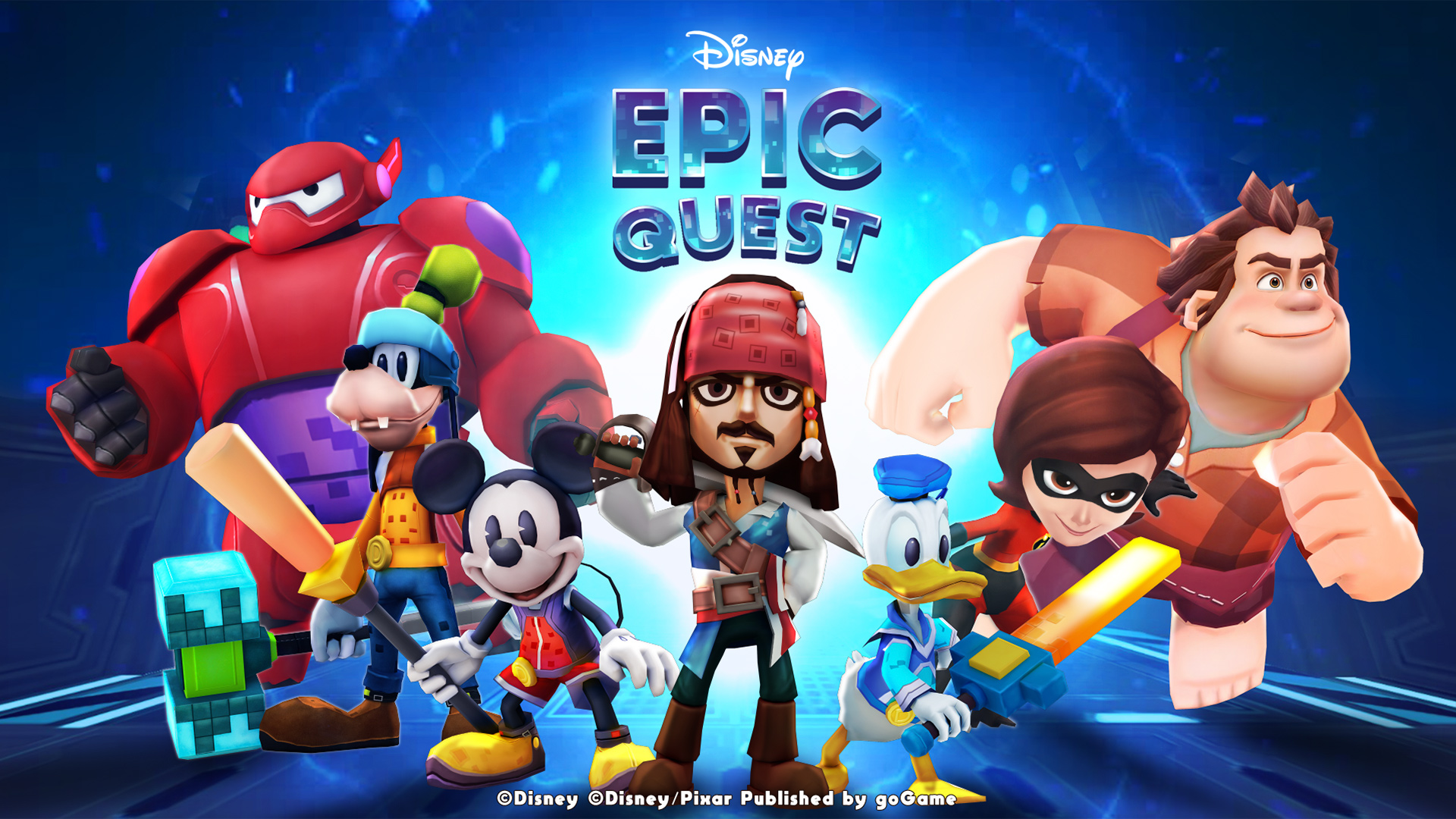 The Walt Disney Company showed off some of its mobile games catalog at GameStart 2018 last weekend (13-14 Oct), one of which was the still-in-development Disney Epic Quest. Like many curious attendees, we stopped by their booth for a quick hands-on with the demo build.

Anyone who’s kept up-to-date with smartphone gaming will find the concept familiar. The free-to-play action RPG leans on both Disney’s and Pixar’s universes for “a journey to save their digital realm from a menacing virus” — awfully generic but certainly serviceable, and maybe even a nod to the upcoming Kingdom Hearts 3.

Players assemble a squad of three characters to take into battle, moving, attacking, and dodging in real-time against waves of enemies. A fan of unique abilities occupy the bottom-right of the screen, ranging from hero buffs to single-target or area-of-effect attacks. Yet rather than lead a party you’re only given control of one character at a time, swapping between squad members as needed.

The heroes themselves can be upgraded, and it all plays and feels like most free-to-play action RPGs coming out of Japan — a recent example being Nintendo’s Dragalia Lost. That fact could be attributed to local developers and publishers goGame, who’ve been tapped to bring Disney Epic Quest to life. The company is a SEGA subsidiary headquartered in Singapore, with leadership experienced in localizing trending games from East Asia. 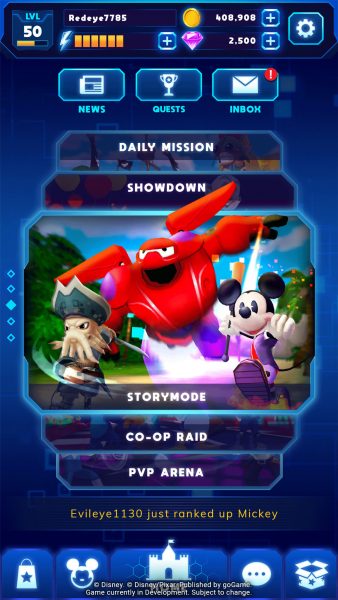 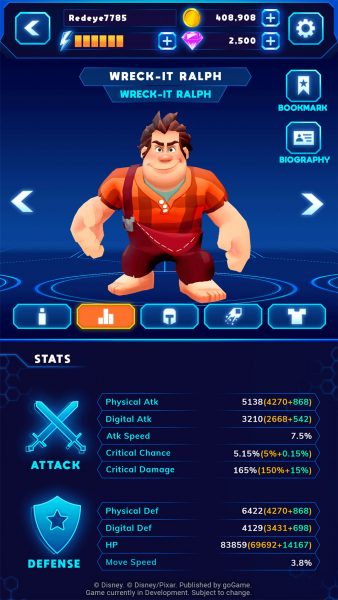 Except this time we’re using Disney favorites like Mickey Mouse and Captain Jack Sparrow, alongside Pixar hits such as The Incredibles. As you’d expect, the in-game character models look spectacularly polished, and so too are their many abilities. The combat pacing felt good and harmful telegraphs never spiraled into a confusing mess, though the enemy designs are a little lackluster. Even so, their intent to move or attack were communicated well, so it was easy to prioritize targets.

Everything ran relatively smoothly too, with all demo stations running off iPad tablets. There was a minor frame drop towards the end, where you’d be tempted to unleash all available abilities, but nothing particularly game-breaking. Given the showfloor buzz and a booth assistant providing tips, it was hard to make out if the audio department enjoyed a similar level of polish.

Being a short public demo with fully leveled characters (apparently an attempt to even the playing field for an on-site competition), it’s impossible to point out just how “fair” the game will be at launch. Future plans for Disney Epic Quest include a competitive multiplayer mode, naturally casting a spotlight on how in-game microtransactions will be handled.

However, my biggest takeaway from the session wasn’t concern over its future economy but how, despite being a very competent game in all regards, Disney Epic Quest just didn’t feel all that exciting. It doesn’t bring any new ideas that might attract long-time mobile gamers, especially those who already have a plethora of options to contend with in this cutthroat field. Nonetheless, it’s banking on some of the world’s most recognizable IP, attracting plenty of families and younger players towards the GameStart booth.

Perhaps the story and progression, or the promised co-op multiplayer, turns out better than expected at launch. Until then, you may find out more or register your interest over at the official site.

Disny Epic Quest releases on iOS and Android in 2019.

Ade thinks there's nothing quite like a good game and a snug headcrab. He grew up with HIDEO KOJIMA's Metal Gear Solid, lives for RPGs, and is waiting for light guns to make their comeback.
Previous post Get a 17.3-inch display in a 15.6-inch body with Aftershock’s APEX 17 gaming notebook
Next post Trippy musical beast Tetris Effect heads to PSVR on 9 Nov