Microsoft Xbox One S Review – Worth The Wait? 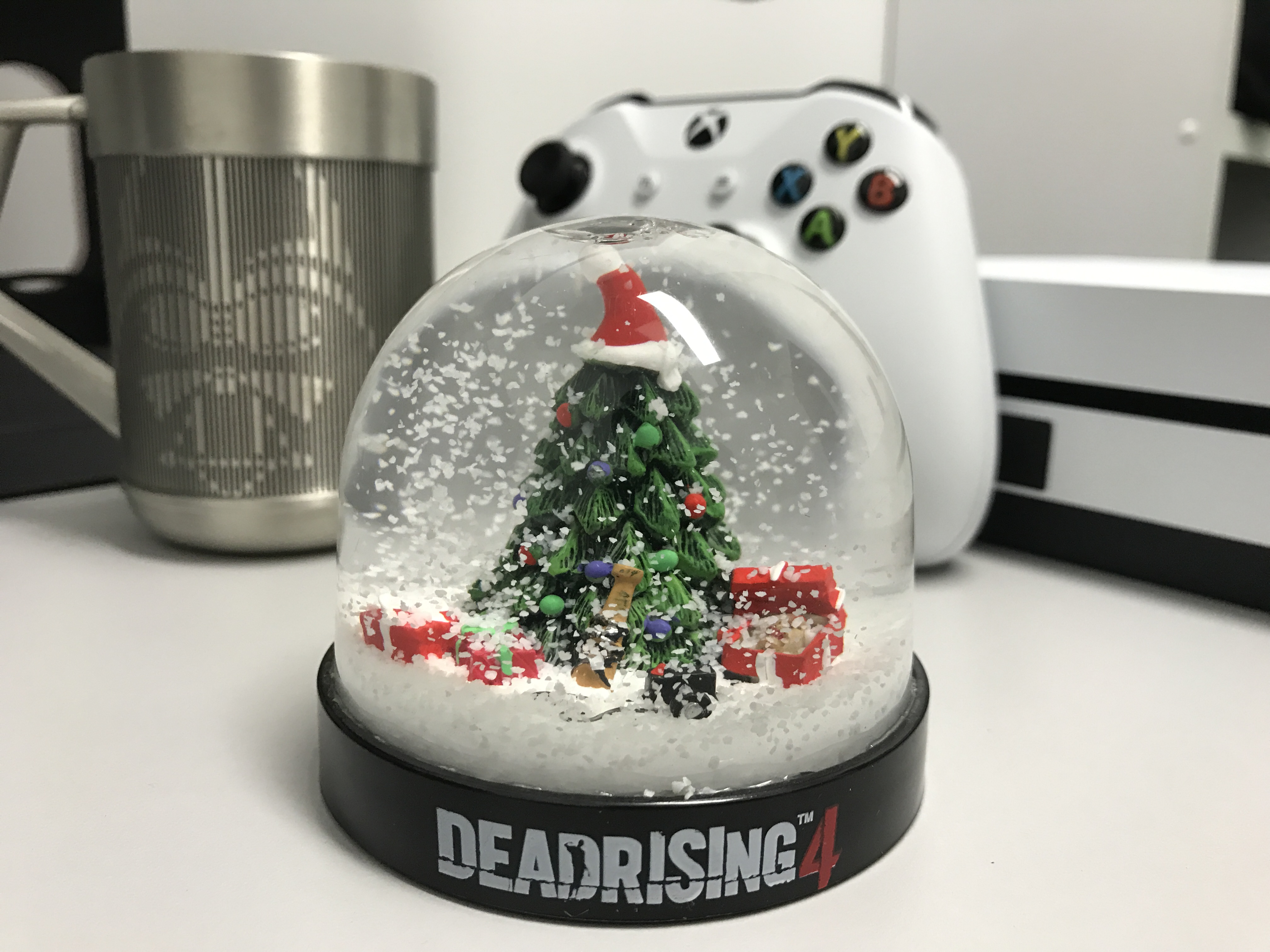 After a long wait, the Microsoft Xbox One S has finally arrived in our sunny island. When the Xbox One launched, our (and many gamers) first impressions weren’t great. It was bulky, needed an external power adapter, and looked worse for wear than its predecessor – the Xbox 360. Throw in its unforgivably high price at launch and it’s easy to see why the original Xbox One has been outsold so comprehensively by Sony’s PlayStation 4 for three consecutive years not only in Singapore, but every other territory as well.

The Xbox One S is Microsoft’s attempt to claw back some lead from Sony in the console race whilst waiting for its new kingpin in 2017, the Scorpio. Crucially, it is also the company’s statement of intent in the hardware manufacturing business. Three years on from the Xbox One launch, Microsoft has released some stellar products such as the Surface Book and Surface Studio (finally putting to rest the ghost of the Xbox 360 red ring of death fiasco that caused Microsoft US$1 billion). The Xbox One S is a beefier, more capable and more compact redesign of the older console we’ve all gotten used to. If you could put the One S next to any Surface product today, you are bound to see the similarity in the design DNA across all Microsoft hardware.

The Xbox One S certainly has a lot going for it. The new white box is approximately 40 per cent smaller than the standard model – a remarkable feat considering the power supply is now inside the unit. Gone is the enormous power brick. The One S can sit upright too, although you are going to have to fork out extra cash for the optional stand (it would have been nice for Microsoft to include it in the bundle). Other notable improvements include the physical disc eject and power buttons, which work way better than the older model’s capacitive buttons – which are prone to accidental activations. There are three USB 3.0 ports on the console and one of them is now tucked away on the front of the box, rather than the side. This makes it much easier to access when in a small cabinet, for example. The gamepad pairing button has also made its way around the front.

The rear pretty much mirrors the standard Xbox One’s line-up of connections but with one glaring omission. There are still two HDMI ports (one to input TV video and the other as an output), two USB 3.0 ports, an IR output, optical audio out and Ethernet port. However, gone is the input for the Kinect connectivity. Microsoft is still not admitting it, but the Xbox One S has all but spelt the death knell of the Kinect.

The improvements have also been extended to the bundled controller. The new model is a little sleeker and sexier. It feels similar in the hand to the tried and tested Xbox One Wireless Controllers, but has grippier surface than the one that came with the original. It also adds Bluetooth support, allowing for wireless connection with a Windows 10 computer and at a greater distance. It’s still nothing like the expensive yet incredible Elite controllers, but at least Xbox One S players will know their controller is noticeably better than first-gen Xbox One owners.

4K Playback & HDR Support
From a technical point of view, the One S’ specifications aren’t that much different from those of the Xbox One. It’s powered by an equivalent eight-core AMD custom CPU, clocked at 1.75GHz and the same Radeon GPU with 1.23 TFLOPS and 8GB of DDR3 RAM. But the magic lies in the increment of the GPU frequency from 853MHz to 914MHz, and a small but critical boost in the memory speed from 204GB/s to 291GB/s. The extra power isn’t enough to deliver 4K native gaming, but sufficient to deliver 4K upscaling for games as well as handling the strain of HDR – also known as high dynamic range (you can read about HDR in our previous Xbox One S reveal).

With a 4K display, the Xbox One S will automatically output your games in 4K. But it isn’t native 4K, because Xbox One games only go up to Full HD 1080p. Instead, the Xbox One S upscales the games and make up pixels where none exist. While the resulting quality won’t be as pixel sharp as running games natively on 4K, in my experience, games still look noticeably sharper with some nicely defined edges and little in the way of jagged edges. Only the finer textures appeared a little blurry.

While it can’t play games on 4K natively, the One S does provide true 4K HDR playback from either UHD Blu-ray discs or streaming apps like Netflix (you’ll need to subscribe to the streaming service’s separate UHD add-on first). Once that 4K content capacity is activated and used, especially for HDR UHD Blu-ray discs, the quality of the video is truly stunning. If your 4K TV can render display of 4K content with HDR, then you can enjoy the best of the One S’s content delivery capacity. UHD Blu-ray content from the One S renders particularly well and the HDR content of movies like Mad Max or just about any other 4K BD disc movie you decide to watch will blow you away with the finesse of its colors and richness of its dynamic range. Since this is a 4K content platform, it should be noted that the Xbox One S comes with HDMI 2.0a instead of the badly dated HDMI 1.4 of the older Xbox One.

The Xbox One S is an interesting machine. As an excellent UHD Blu-ray player and 4K media setup box, the console will make for an attractive purchase for many 4K movie buffs. At S$499,  it’s quite possibly the 4K Blu-ray player that offers the best value for money spent on the current market. For these reasons, more than any, plenty of consumers who aren’t even major fans of console gaming might be tempted by the One S and Microsoft has built this console to cater to them as well. It may not be able to handle 4K UHD gaming but the One S does deliver a very robust experience when it comes to HDR gaming at normal resolutions and this counts for a new take on game quality, assuming you have the right kind of display to show off the wider dynamic range and richer colors.

The preference of 4K UHD support for movie buffs over gamers for the Xbox One S does raise an interesting point, however. Microsoft seems contented to have hardcore players who want 4K gaming within its Xbox ecosystem, to enjoy that on its Windows 10 platform via its Play Anywhere initiative. The choice of making the new console such an affordable and power media center seems to be a calculated gambit to drive the Xbox as a brand and entertainment system, not necessarily as a gaming console, for the living room. Microsoft is not oblivious to the fact that they have all but lost out to the PlayStation 4, and the Xbox One S is a stop-gap measure until Scorpio emerges some time next year.

Microsoft has claimed that Scorpio is the platform that will offer true native 4K gameplay and will be the ‘most powerful console’. That claim, of course, makes the justification of buying an Xbox One S today somewhat a quagmire. There’s a very big chance that the machine will be made obsolete before next year’s end by its own Scorpio successor. Gamers might do well to splash another hundred dollars’ difference for a S$599 PlayStation 4 Pro (which supports 4K UHD gaming) or invest in a 4K Gaming PC (Xbox first-party games will made available on Windows 10 anyway), but 4K movie buffs looking for a great 4K Blu-ray media center that also offers good gaming capacity, might just decide that the Xbox One S makes a fine purchase anyhow.

These are fair questions that consumers will have to ask themselves first.

Quite frankly, I really like the Xbox One S. It is a very well made machine and shows just how far and better Microsoft has become at making their own hardware. The 4K Blu-ray drive is a real win for the company here. Its upscaling of 1080p games is well done and the new compact design is a big win too. If you want 4K home entertainment with the ability to play HD games in a new way, then the Xbox One is a solid choice for this Christmas. I just wished it was released here months earlier.

The Xbox One S is now available for S$499, and comes bundle with a digital copy of Battlefield One.

Aaron Yip is an industry veteran with more than 15 years of experience. When not spending time on his gaming PC and consoles, he can be found in Hyrule solving ungodly puzzles and collecting gems.
Previous post Kuma and Panda confirmed for Tekken 7
Next post Review: Titanfall 2 stands tall among the competition