LEGO Worlds (PS4) Review – Not Everything is Awesome 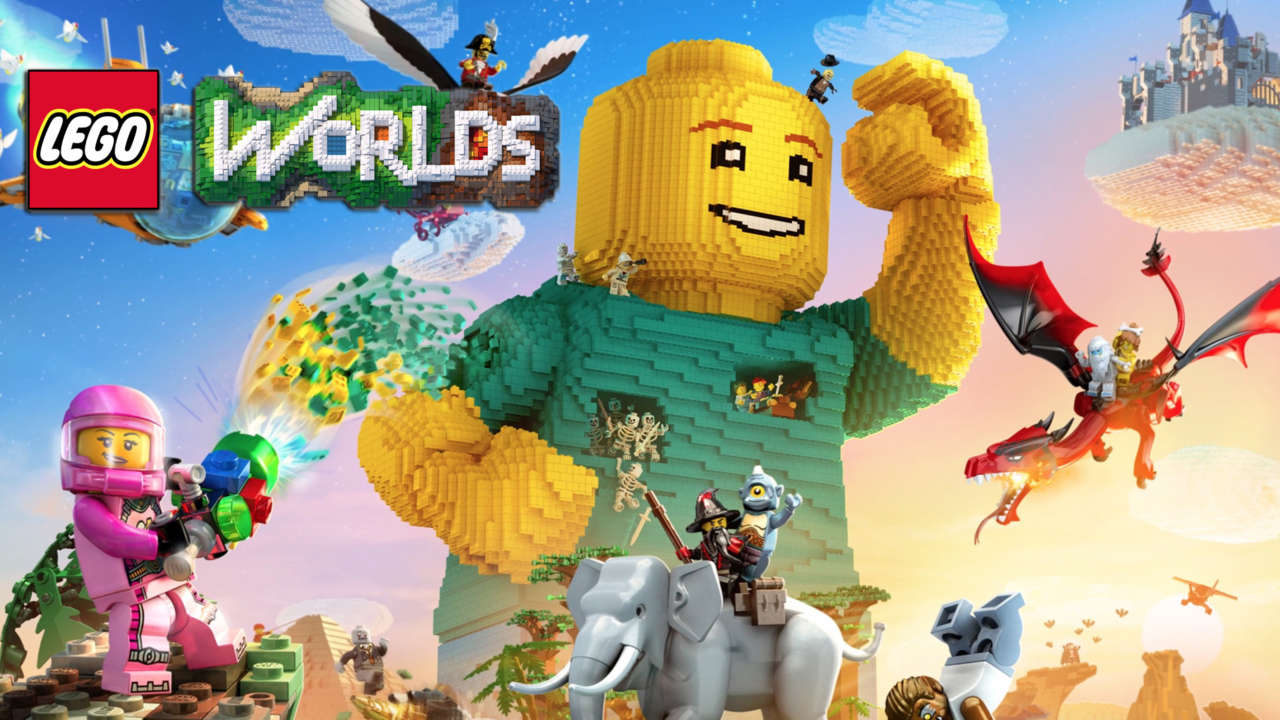 There have been a few open world LEGO games in the past (the amazing LEGO Marvel comes to mind) but none with the scope of LEGO Worlds. In fact, don’t even think of LEGO Worlds as an open world game (despite it being one), think of it as a Lego version of Minecraft (with simplistic quests). Oh, the game also puts you in a third-person view by default too, instead of Minecraft’s first-person view.

Unlike Minecraft or most games like it, LEGO Worlds holds your hand for a while, as you get your feet wet with the game. Tutorials abound, complete with videos, to show you what you can do with the myriad of tools the game dishes out. The structured sense of the game works rather well, despite its open ended nature. In fact, the game doesn’t ease up on the leash until at least an hour into the game, when you get 10 gold blocks and can start playing in Lego World’s randomized worlds.

Those familiar with Traveller’s Tales previous LEGO games will instantly recognize the gameplay loop present in the game. You can break certain objects to get LEGO studs, which can be used to create objects for you to play with. Of course, to create an object, you’ll need to discover it first, which means you’ll need to use your Discovery Tool to scan it and store it in your database. Thankfully, once you’ve scanned something, it stays in your catalogue, allowing you to create copies of it whenever you want. Vehicles, structures, objects…you name it. If you’ve Discovered it before with the tool, you can spawn it whenever and wherever you want too.

In fact, discovering stuff is a major driving force in the game. If you’re diligent and keep looking for chests and doing quests, you’ll amass a collection of vehicles, buildings and equipment you can use. There’s almost always something new to get in every single session of the game, which should satisfy those who need constant reminders of their progression.

The third person default view is serviceable enough most of the time, maintaining a stable frame rate, draw distance and decent graphics. However, there are instances of awkward camera angles when using certain tools such as the Landscape tool. It’s problematic because it’s hard to judge what you’re doing at any given time. Did you just remove a chunk of the landscape or did you just add to it? It’s hard to tell at times. Also, a large part of the game involves spelunking down into the caverns that infest the worlds. While you can access these caves using items from your Discovery catalogue, the easiest (and quickest) way is to use the Landscape tool and go straight down. Unfortunately, here’s where the issue of awkward camera placement stings you the hardest. As you dig down into the earth, you will lose sight of both your character and where you’re digging – ensuring that you are digging blind, as your vision will be impaired by the surrounding ground instead of a view of the hole you are digging.

Like past LEGO games, the key to progression here are Gold Bricks. In LEGO Worlds, you can get these from chests, from quests or rarely, from randomly spawning enemies called Troublemakers. Gold bricks unlock in-game items but their most important purpose is opening bigger worlds for you to play in. Get 100 of them and you’ll open up the ability to freely create and explore your own custom world. It’s a cool reward but one locked behind hours of arduous grinding. It’s not a stretch to say that some gamers might never gain this considering the time investment required to gain 100 bricks. Gold bricks aren’t your only motivation for doing quests or exploring. Apart from them, quests also unlock more stuff for you to discover or special LEGO kits that you can build. In fact, some quests require you to have specific kits that can only be found by completing other quests.

Luckily you can always move on to the next randomly generated world whenever you want, so you are never stuck on a world with a quest you can’t finish. You can even return to that world later on with the required kit but since quests are repeated, chances are you’ll encounter the same quest further on in your travels. Speaking of quest repetition, it’s sad to see that the game rapidly devolves into using simplistic randomly generated quests after the structured ones in the tutorial worlds.

Despite the lure of being a LEGO version of Minecraft, the repetitive nature of the game means that unless you’re really a fan of both LEGO and Minecraft, it’s quite easy to get bored of the game quickly. There’s not much more to the game beyond the first few hours. There’s no crafting to speak of, no RPG mechanics or hunger meter to keep track or anything else to hook one in. Even the quests tend to grate after a while.

In fact, the quests repeat themselves (as mentioned earlier) and the worlds, while random, all have specific biomes (desert, forest…etc) they are built upon. After your twentieth desert world, everything starts to blur together, the draw of exploration dulls and the charm of the inhabitants fade. Perhaps Traveller’s Tales will expand on the stuff you can do like Minecraft regularly does, but that’s just speculation at this point.

LEGO Worlds is a great starting point if you’re just getting your feet wet in a LEGO videogame. It doesn’t hurry or force you along and the lack of consequences for dying means you’re free to enjoy yourself without losing hours of progress. The joy of exploration just to see what’s over the next rise or down that dark tunnel is ever present in the game if you give yourself over to it.

However, despite the big draws the game’s numerous, glaring flaws also meant that the enjoyment you will get from playing the game is tempered with niggling issues.

Is it worth it right now? That’s hard to say. If all you are looking for is a LEGO-fied, more simplistic version of Minecraft then yes, LEGO Worlds will probably float your boat. However, if you want something with a bit more structure and variety, then try LEGO Worlds at your own risk.

Sal's just your average hardcore gamer. He started gaming on the NES in the 80s and has been ever playing since. Sal doesn't care about which platforms games are on, only that he wants to play them all!
Previous post Cougar Attack X3 RGB and Revenger Review: Affordable entries into the gaming market
Next post Inside the Lazada × Logitech Surprise Birthday Box