Review: The Jabra Elite 65t ticks all the right boxes for wireless earbuds 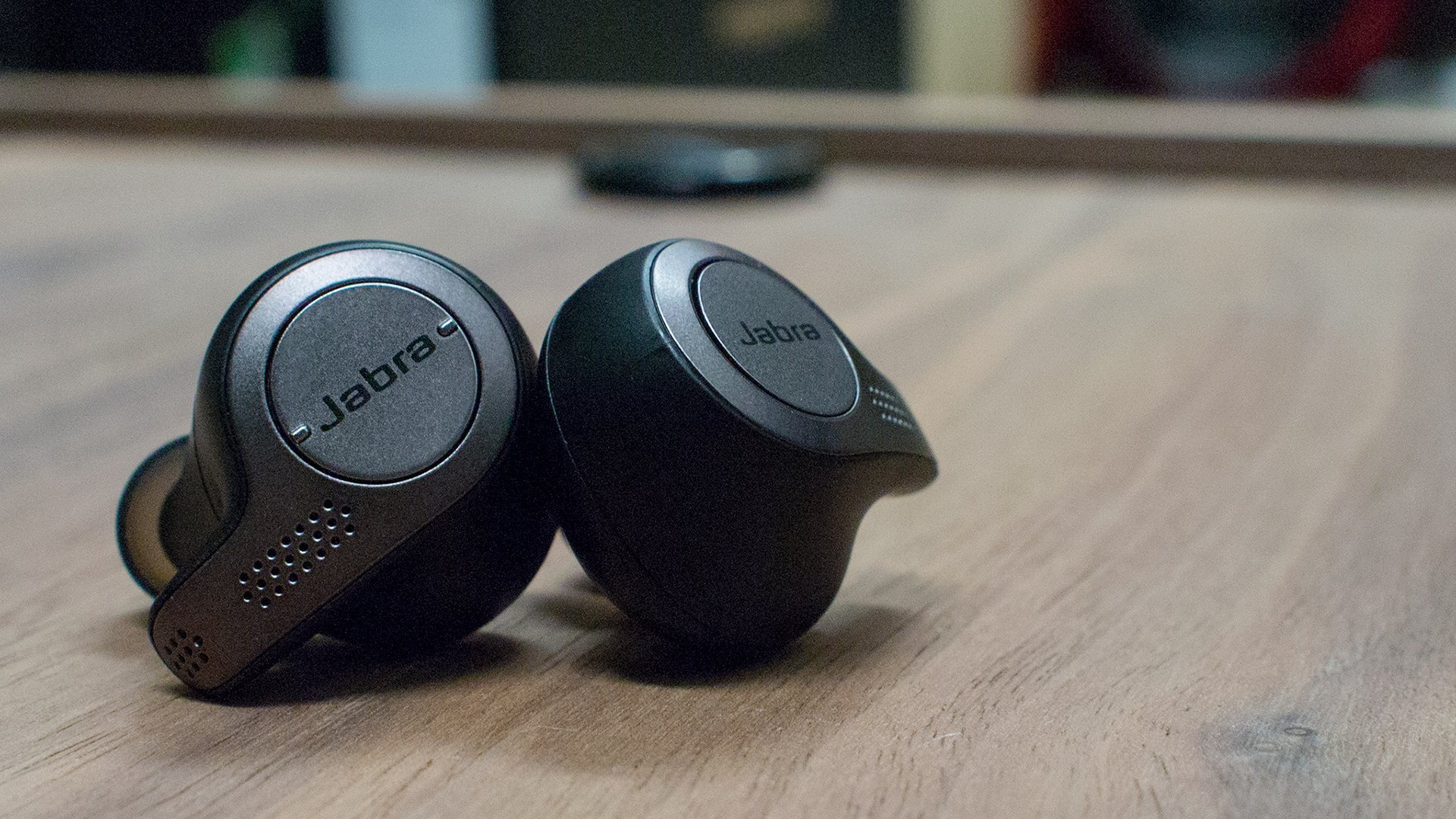 The Apple AirPods shone a massive spotlight on going cable-free, spurring greater competition and interest from the field. As with anything audio related, models now occupy both ends of the price spectrum, though most named brands sit beyond the $100 mark. That’s especially true for the Jabra Elite 65t, pegged at a considerable S$268. A steep price, to be sure, but it’s here to dispel any misgivings, doubts, or regrets you may have over wireless earbuds. Even if you were an eyebrow-raising skeptic like me.

Jabra has a deep stake in wireless communications, and the Elite 65t is a culmination of that experience. Working off the new Bluetooth 5 specification, these earbuds simply do not drop connectivity. While not designed to cut through walls and long distances, it performs effortlessly when paired to a phone in your bag or pocket. Even crowded buses and trains did little to stop it, though I don’t consider those to be Bluetooth congested just yet.

Music (locally stored and streamed), videos, and games all performed great. I was honestly expecting some hint of delay for the latter two, but those fears were unfounded. Both YouTube and Netflix went by without a hitch, while rhythm games Beat Fever and BanG Dream! Girls Band Party offered no discernible difference to wired options.

More impressive was the connection between the earbuds. The Elite 65t registers as a single device, with audio streaming from the right primary side over to the left. Thankfully, I didn’t notice any sync issues or cut audio, a common horror story among offshoot brands. It’s practically a rock-solid wireless connection, and the experience is undoubtedly liberating. Free from all cable matters, be it length, management, or rub, I found myself whipping these out more often than I normally would.

A huge part of that comes from the build and additional features Jabra brings. The Elite 65t is light and comfortable, measuring a total of 12.3g — 6.5g for the right and 5.8g for the left. It comes with three pairs of silicone ear tips, but the pre-installed ones were good for fit and seal (for size reference I typically use the Comply TSX-500 in medium). Slipping them on is easy too, requiring a quick twist of the wrist as they enter to orientate the speaker stems. With no cable and barely any weight, they more or less disappear once worn and take little adjustment or fiddling.

What else is there to love? In Singapore’s humid, tropical climate: the IP55 rating. Nobody’s going for a swim in these, but the earbuds will hold up to sweat and drizzle just fine. Excess moisture may loosen the fit, but if it’s on the verge of slipping then you’ll to want to wipe yourself down anyway. I wouldn’t risk taking these out for a run or jog, however; if that’s your intent, Jabra has the sportier Elite Active 65t on the way.

To list some other neat features, a double-tap on the right earbud activates audio pass-through for quick chats or to better hear your environment. Removing the Elite 65t automatically mutes playback, while putting them back in does the opposite. Voice calls are transmitted to both sides, and the four integrated microphones do a spectacular job of picking up my ghost of a voice. Plus, a companion app lets you tweak a multitude of settings, including an equalizer. Jabra also touts compatibility with voice assistants Siri, Alexa, and Google, though I didn’t play around with those.

All that tucks into the small, bundled charging case, which activates as soon as the contacts are in place and the lid is closed. The earbuds managed nearly five and a half hours on Spotify and gaming, while the case grants an additional two full charges; the Jabra Elite 65t has quick charge so you won’t be separated for too long. On the case you’ll find a small indicator light and a micro-USB for recharging, and in all it offers good hard case protection for the size. That said, the lid doesn’t have a locking latch and is only snap fit, so falls may see it popping open (and I didn’t want to drop test a loaner unit).

Could there be improvements? Definitely. While Jabra opted for physical buttons on both the left and right sides, presumably to cut down on accidental brushes, they can get uncomfortable since you’re pushing the buds deeper in. This was fine for the occasional pause or when enabling “hear through” but adjusting volumes and skipping tracks can turn into a literal pain – I preferred using my phone’s physical buttons for those instead.

And while the ear tips do offer decent isolation, they’re not going to block out the din of commutes entirely; don’t go in expecting the same noise-cancelling properties as wireless headphones either. Unfortunately, swapping out to third-party tips won’t be easy due to the case’s snug fit, likely requiring some meticulous measuring or trial-and-error fitting.

Even so, the sound quality of the Jabra Elite 65t makes them hard to pass up on. I feel it’s a strong alternative to pricier, popular options such as the Sony WF-1000X I’d been eyeing. It depends on musical preferences and, again, having the right expectations. With wireless earbuds, you’re cramming a ton of electronics into a tiny space. Still, these are anything but tinny, noisy, or overly processed.

The somewhat flat sound signature lends the earbuds well to all manner of songs and applications, making it a great all-round daily-driver. Paired to a phone running Spotify, “Kiss of Death” by Mika Nakashima and Hyde lacked the rhythmic punch of its low end during verses, though it was still distinct enough to make the track enjoyable. Switching to bonobos’ “Heavy Weather Flamingos” showed good clarity with the vocals, piano, and woodwind samples, while also impressing with the instrumental separation. From Christopher Tin to Etta James and The Jackson 5, or straight-up podcasts, the Elite 65t comfortably took them all.

The bigger question on my mind was games. As mentioned, the Elite 65t played extremely well with music games so lag is virtually a non-issue, it’s performance translating to multiplayer titles such as Vainglory and Fortnite Mobile. And thanks to Discord, this is pretty much the mobile gamer’s equivalent of a headset – voice pickup and clarity is certainly better than the phone’s receiver.

Not having a 3.5mm cable sticking out the side of your phone also does wonders when it comes to gaming comfort on the go. I no longer had to awkwardly reposition my fingers when in landscape mode, nor worry about the cable catching on my bag when switching trains or boarding buses.

The balance of sound quality and reliable, wireless convenience makes the Jabra Elite 65t an awfully tempting proposition. Admittedly, it’s in a niche position – the sub-$300 price tag isn’t going to attract folks happy with their affordable, wired earphones, while those already looking at wireless may spring for the Elite Active 65t for its sports factor, or bump their budget for noise-cancelling headphones for flights and travel.

As a versatile, everyday piece that’s comfortable and easy to use, however, I wouldn’t look anywhere else. Not yet.

The Jabra Elite 65t was loaned for review.

Ade thinks there's nothing quite like a good game and a snug headcrab. He grew up with HIDEO KOJIMA's Metal Gear Solid, lives for RPGs, and is waiting for light guns to make their comeback.
Previous post Spyro Reignited Trilogy lands on 21 Sep for PS4 and Xbox One
Next post Review: God of War is a landmark return for the franchise