Are the Jabra Elite 45e and 65e wireless headsets suited for mobile gaming? 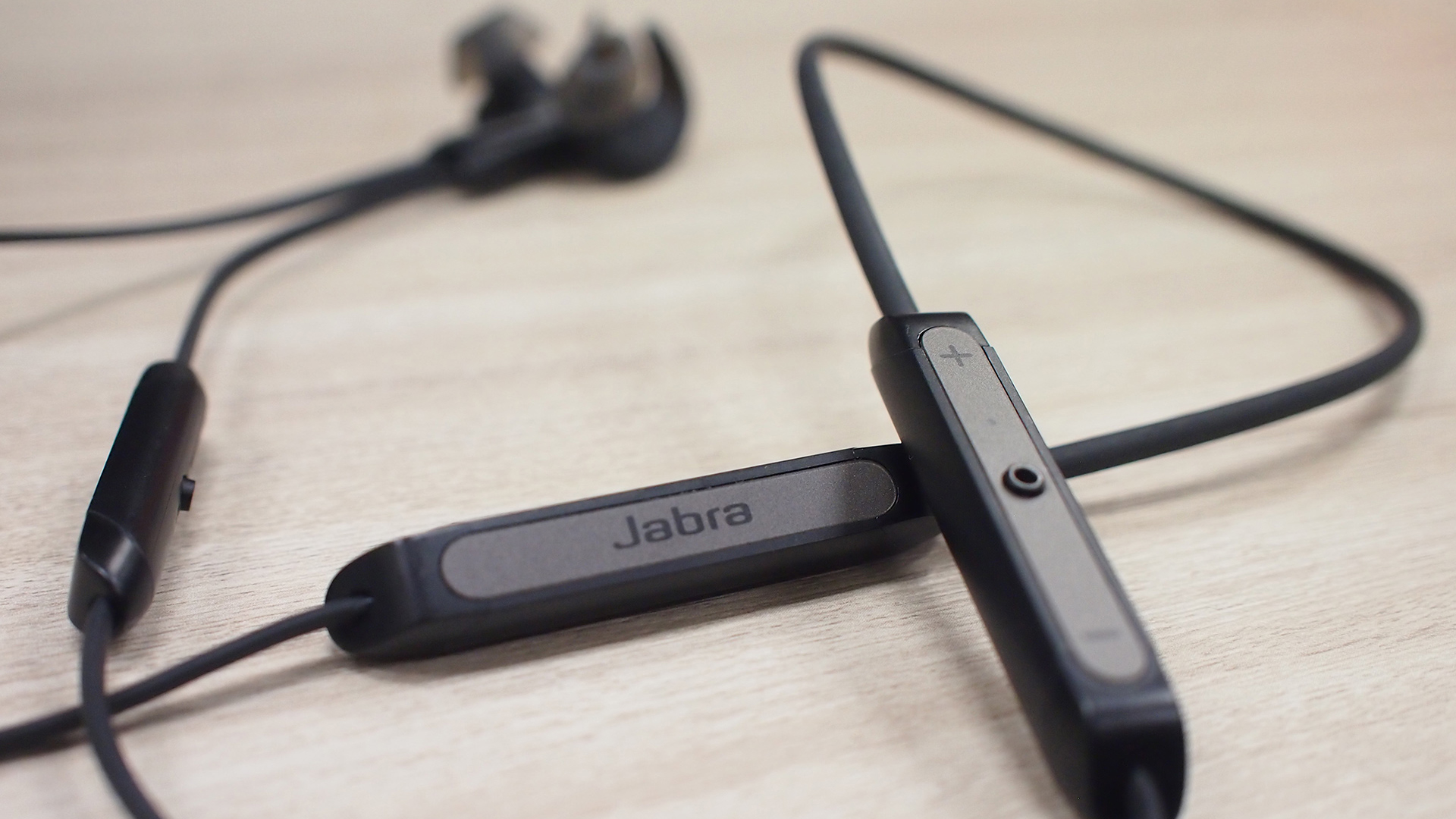 Slowly but surely, consumers now have more options to pick from when choosing their next wireless earbuds. Jabra has long placed their stake in the field, and while we’ve already taken a look at their “true wireless” candidate, the Elite 65t, it was time we considered the other models in the family: the Elite 45e and Elite 65e. As wireless headsets, both have a cord attaching each earbud to the other. The 45e adopts a more common design with its battery, controls, and microphones tucked in three plastic casings along the wire, adequately balanced and meant to rest on your shoulders. They’re light enough to not be bothersome, and the memory wire easily shifts into position after a couple of uses.

The 65e uses a thicker neckband instead, with a single microphone casing trailing up the right-hand side when worn. It’s still comfortable, though a little heavier and far less portable; the upside is that you get better noise canceling and a stronger battery. Neither will coil up into a small roll like regular earphones, and only the 65e comes with a palm-sized case..

An IP54 rating on both means they aren’t as durable as some of the latest smartphones, but they will stand up to the rigours of daily commuting in Singapore. You could even take them to the gym or for some light workout outdoors (no water or pouring sweat, mind you), since the earbud wings kept them securely in place. Ironically, that’s the only feature I found uncomfortable, and swapping wing sizes did little to ease the discomfort on my ears after an hour or so. As always, it’s best to try before you buy. Both the ear gel and wing comes in multiple sizes.

Charging, pairing, and using the headsets is all relatively straightforward, with magnetized earbuds that double as an on/off switch. Their isolation isn’t fantastic to begin with, even after experimenting with the different ear tips, but at least they do have additional measures to filter out noise — the 45e uses ambient noise reduction, while the 65e employs active noise cancellation. Both models are susceptible to the odd Bluetooth interference, though not as much as the 65t; all three have no trouble maintaining the connection and resuming from where it dropped off.

Sound signature’s a matter of taste, and these Jabra models sound exactly how you’d expect them to: with a strong mid-range emphasis for vocal clarity. They perform well with a broad range of music, tackling the dreamy synths of Waveshaper to the percussive action of Band-Maid or the big choruses of Imagine Dragons without fanfare. They may not sound as exciting or as detailed, especially if you’re coming from a mid-fi wired setup or are an unabashed basshead, but remember that the cost is going into wireless convenience. Jump into the Sound+ app if needed, especially when the low-end needs a little help.

Nonetheless, Jabra’s point of pride lies in its call quality and they’re certainly living up to their name. The 45e has two microphones while the 65e is equipped with three, working in concert to isolate your voice from the surrounding noise. Calls on the latter, whether through mobile or data, apparently sounded better to the other parties. A quick and dirty PC recording also showed the 65e having a more natural and pleasant result, although the 45e isn’t something to sniff at either since it uses Jabra’s same multi-microphone technology.

These also support a wide range of voice assistants. Google Now worked perfectly, recognizing the few commands I regularly use. The controls are all found on the Elite 65e’s thicker neckband.

With that, let’s see how it performs with games. The 45e and 65e support Bluetooth 5, found on most modern phones. In practice they have good signal range and strength (unless you have a habit of leaving your phone far away or sight unseen), failing only to strong interference. Unfortunately, it doesn’t eliminate the obvious audio delay you’d face in rhythm titles. BanG Dream! Girls Band Party and Deemo had notes ringing up to a second after tapping, making them unplayable on the harder beatmaps.

Stepping down into the action realm had better results. Games such as Honkai Impact 3 or Final Fantasy XV Pocket Edition were a little more forgiving thanks to primarily visual gameplay cues. I had little trouble evading multiple enemies, and the dialogue would only feel off-time under close scrutiny (with similar results on YouTube or Netflix). Naturally, strategy games, idle clickers, or those with auto-battles in them had no trouble keeping the immersion intact.

The competitive multiplayer games were pretty surprising. PUBG Mobile and Vainglory rely on both visual and auditory cues to keep the player informed, whether it’s gunfire from a particular direction or the ding of a certain ability. Skulking around in the former, scavenging items and ambushing others actually turned out okay, while the latter showed fairly good responsiveness. Unlike the rhythm games, there weren’t any jarring moments that directly affected my performance.

Now there was a perceptible delay in the voice chat, which was relayed through Discord with one other person. That could have been the combination of VoIP (Discord) and Bluetooth (headset), but it wasn’t severe enough to impact what little skill coordination we had. Professional gamers might think otherwise, though even they would agree it makes for better communication than in-game pings alone. Only the Elite 65e comes with a carrying case.

As great as the call quality is, the steep price tags on the Elite 45e (S$168) and Elite 65e (S$328) put these beyond reasonable reach of most mobile gamers. There are now cheaper alternatives out there, and wired options still exist. With in-game purchases to contend with, most players would be hard-pressed to justify the premium cost, let alone the idea that these are limited-life products due to their batteries.

If you’re already considering a wireless headset, however, then both the 45e and 65e are worth an audition. If the sound is to your liking, you’d be rewarded with great reliability and battery life. The 45e makes an agreeable case for itself as a sporty variant, whereas the 65e largely depends on just how much you value call quality.

The Jabra Elite 45e and Elite 65e are available now.
Units were loaned for review.

Ade thinks there's nothing quite like a good game and a snug headcrab. He grew up with HIDEO KOJIMA's Metal Gear Solid, lives for RPGs, and is waiting for light guns to make their comeback.
Previous post Is Nintendo planning a Switch hardware update in 2019?
Next post Review: A tale of blood and sand in Assassin’s Creed Odyssey