Wargaming’s new action-RPG Pagan Online is up on early access and I managed to get some time with it. It gave me heavy Warframe vibes with all the looting and grinding for new heroes, mixed in with some Diablo-like hack-and-slash gameplay. The core gameplay loop worked for me but only up to a point. Then it just got repetitive.

I imagine it must be pretty difficult to nail down a loop in loot-focused games. You have to keep players coming back, often and for long periods of time, to keep them invested enough to grind but not to the point where it no longer becomes fun. That’s a difficult balance to strike and, for the most part, Pagan Online manages to hit the mark.

It’s all about character 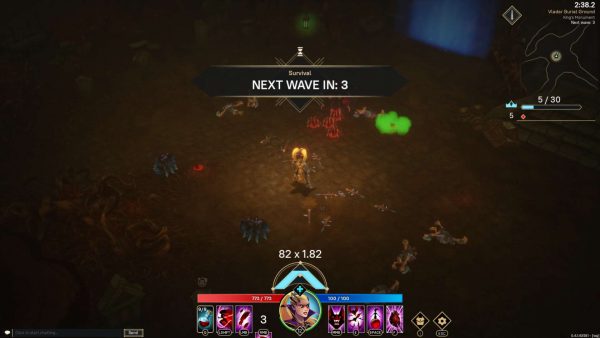 You’re given one free hero off the bat. I chose a hero named Anya — think Skarlet from Mortal Kombat, channeling her blood-bending abilities into a pair of whips.

Anya was great to play with. Her whips have extraordinary range, and her situational abilities make positioning very important; rarely was taking the fight to the enemy ever a good idea. I found myself keeping a safe distance instead, lashing out with my better range and summoning whirlpools of blood. 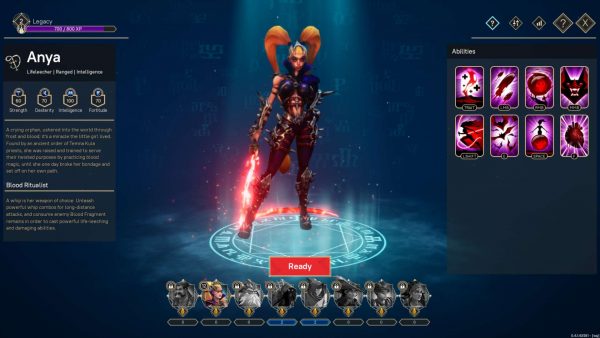 I love that type of gameplay, which is going to be important because who you play as can make or break Pagan Online for you. You’d better pick the right hero, or end up regretting it for the next few days as you wait to unlock another.

The campaign introduces you to some gameplay basics, divided into missions that are only about 5 minutes each. Afterwards, you’re pulled back to a small hub world. Here, you can shop, craft items and upgrade your abilities before embarking on your next adventure. 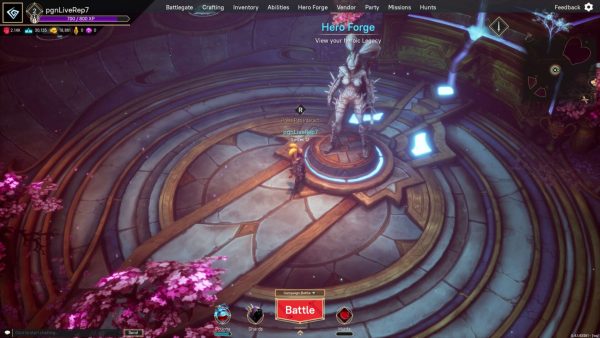 Campaign missions aren’t all Pagan Online has to offer, though. Much like Warframe, you can run different mission types such as Assassination and Survival. These offer different loot tables compared to the story missions, meaning you can get better, more varied loot here. Most importantly, you can get hero shards here, which leads us into the whole hero unlocking thing. 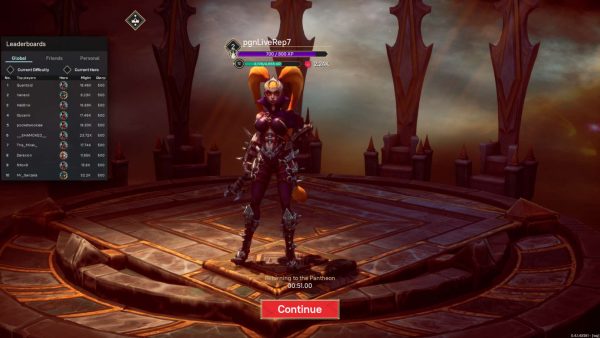 It’s a bit of a mixed bag because the process can be a bit difficult. It’ll be a grind to get through, starting with the two things you need for a summoning: hero shards and a hero’s ‘soul’. You get shards randomly from missions, whereas a soul can only be picked up after successful assassination missions. Unfortunately, you also need a key to run assassination missions, and to make a key, you need to pick up key shards from other missions.

Exhausted yet? I certainly am. This is by far the loopiest part of the gameplay loop, and to me, the most boring bit as well. It depends entirely on RNG, and you can’t even choose who to unlock first — you kind of just hope that luck’s in your favor with those drops. When you finally unlock a hero, you also have to level them up to use all their abilities, which basically means more grinding in missions. 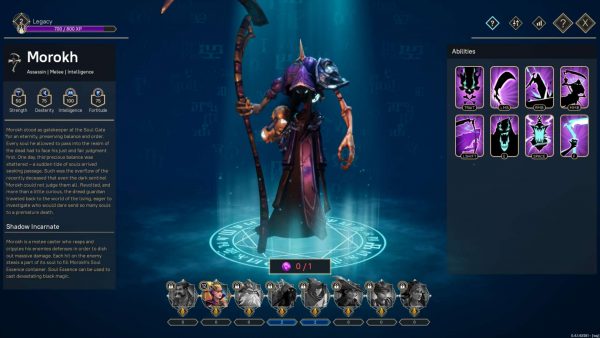 There’s a fun system underneath it all

In a way, that’s somewhat expected for a free-to-play game like this. Personally, I think the grind for heroes could be tweaked, maybe even be replaced entirely for a more satisfying system. As it stands, it really dampens the game’s fun factor by forcing players to grind for a hope of getting the hero they want, and then grind some more to make full use of them. That’s such a shame too, because these heroes look very unique and fun to play with.

Overall, I had a lot of fun with Pagan Online. The general gameplay is very simple and intuitive, so even new players to the genre won’t be intimidated. That endless loop of going out into missions, finding better gear, and subsequently doing harder missions, was a lot of fun by itself. 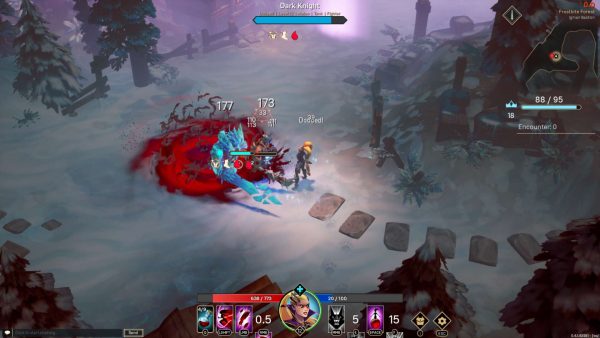 Although it’s still in early access, I was pleased with how well everything worked. I only faced one disconnection issue early in the game, but ran into very few bugs and glitches otherwise. Environments are interesting and the story… well, it could be better, both acting and writing-wise, but it’s not bad per se.

I’d say if you’re looking for a new ARPG to pour some hours into then you can’t go wrong with Pagan Online.

Tim loves all sorts of things. Movies, TV shows, video games, comic books, cats and all that good stuff. What doesn't he love, you might ask? Minestrone soup. It is truly awful.
Previous post Code Vein stalks onto PC and consoles on Sep 27
Next post GAX Giveaway: An autographed Evil Geniuses jersey from Razer!