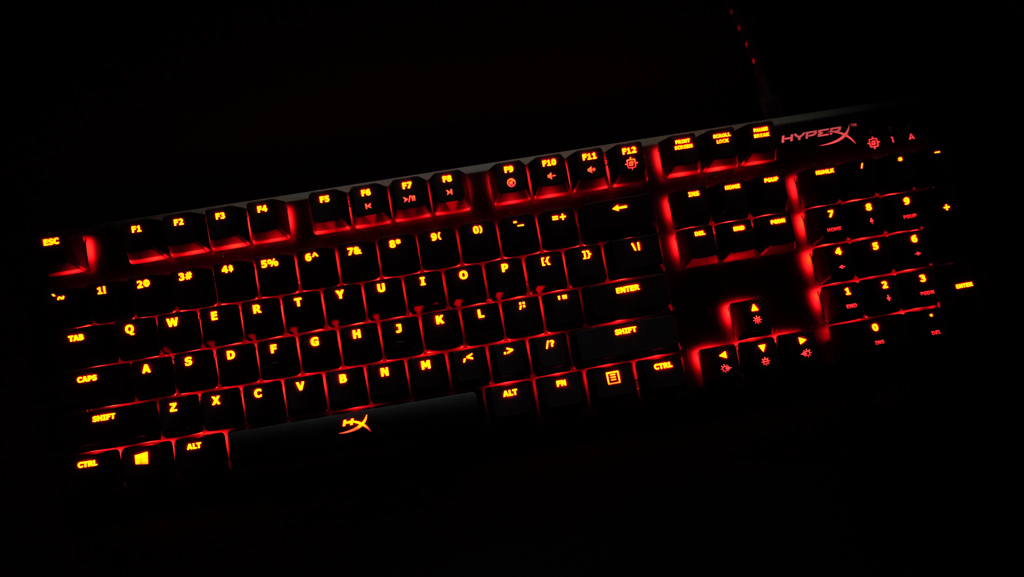 When it comes to gaming peripherals, the consensus among manufacturers seems to be that whoever can pack on the fanciest lighting effects wins. The highest-end products, and by implication those with the most features, best implementation, and generally better build quality, are often paired with retina-searing RGB LEDs that may not be too everyone’s taste.

We don’t deny that these lighting effects are welcome by many, and the ability to personalize your gear is always fun. However, the downside is that those looking for a solid gaming solution – be it a keyboard, mouse, or headset – with a more minimalist design and no superfluous LEDs are often left with fewer choices. On top of all that, you’re likely to end up paying more for atures you don’t want.

Fortunately, the HyperX Alloy FPS mechanical gaming keyboard is a happy answer to the latter crowd. Not all of us want aggressive lines and curves on our keyboards (rectangles are very sensible shapes and they work just fine), or need to have a veritable rainbow running across the keys as we type.

Priced at a relatively affordable S$160, this new keyboard from Kingston’s gaming division focuses on the essentials, with a no-nonsense design and driverless operation. This means that everything you need to do with the keyboard, including changing the lighting effects, can be done on the keyboard itself, and there’s no need to dig up drivers from the support page. This gives you the convenience of true plug-and-play functionality, but some of you may also miss the greater intuitivity of a software interface. One odd thing for a gaming keyboard is the choice of tactile and clicky Cherry MX Blue switches. There have of course been other gaming keyboards that have used Blue switches in the past, but it still seems odd to start off with Blue switches, especially as this is the only switch you can get with the board at the moment. Unlike the more common Cherry MX Browns or Reds, Blues produce a very distinctive click when actuated and so are a lot more noisy. The switch design, which includes a two-piece stem, results in a switch release point that is higher than the actuation point, an effect known as hysteresis. In theory, this makes it less easy to double tap because you have to release the switch by a certain distance before it can actuate again, but these concerns are generally overblown.

Having used a few different switch types, we’d say that while Blues aren’t as comfortable to game with as Browns or Reds, or even Blacks, they’re definitely workable, especially if you’re going to be doing a lot of typing on the side (their clickiness is every typists dream).

That aside, this is a single-color backlit keyboard, so here’s to hoping you’re okay with red. There are five different levels of LED brightness, and you can cycle through them with the up and down arrow keys while holding down the Fn button. If lights really aren’t your thing, you can opt to turn them off entirely as well.

The left and right arrow keys are used to toggle between different lighting effects. There are a total of five – the default one is the standard, static effect, but there are options for ripple, reactive, breathing, wave, and one where only the main keys used in FPS games are illuminated. Unfortunately, you can’t cycle endlessly through the effects until you get what you want, and once you hit the last option, you’ll have to go back to get to a specific effect. There are also a bunch of media keys bound to the function row for navigating your Spotify playlist or movies. One useful feature is Gaming mode, which can be activated by hitting Fn + F12. This deactivates the Windows key, so you don’t end up accidentally hitting it while in game.

The backlight is bright and looks great, but you’ll notice that the legends on the function keys that double as media controls are not evenly lit. The media control legends are dimmer, because the LED is located directly below the legends for F6 to F12.

There are no additional macro keys, so if you’ve come to rely on them, this isn’t the keyboard for you. That said, the absence of dedicated media or macro keys means that the keyboard is as compact as it gets for its 104-key layout. It employs an elegant floating-key design, which makes for a practically borderless look. This has the added benefit of making the keyboard easier to clean as well, as any dust or detritus built-up can be blown right out with the right cleaning tool. It is simple and functional without feeling austere, and you even get features like a nice braided detachable cable and a USB passthrough (charging only). Kingston has even thrown in eight extra keycaps (and a keycap puller) for the WASD key cluster and numbers 1 through 4. These have been colored red, and the WASD cluster features a metal-inspired texture to guide your fingers into place. All in, this is a well-designed keyboard that checks most of the right boxes. Its trade-offs are mainly in the area of cosmetic features and customization options, so this isn’t the right board for you if you value a high degree of personalization. Still, it’ll serve less demanding folks just fine, and for a price that isn’t too painful.

Squee delights in trash talking on Overwatch and sleeping till 5pm on weekends. Few other things matter, except perhaps the next episode of Game of Thrones.
Previous post Visual: A Brief History of Nintendo
Next post Review – AMD Ryzen 7 1800X is the company’s first true alternative to Intel’s CPUs