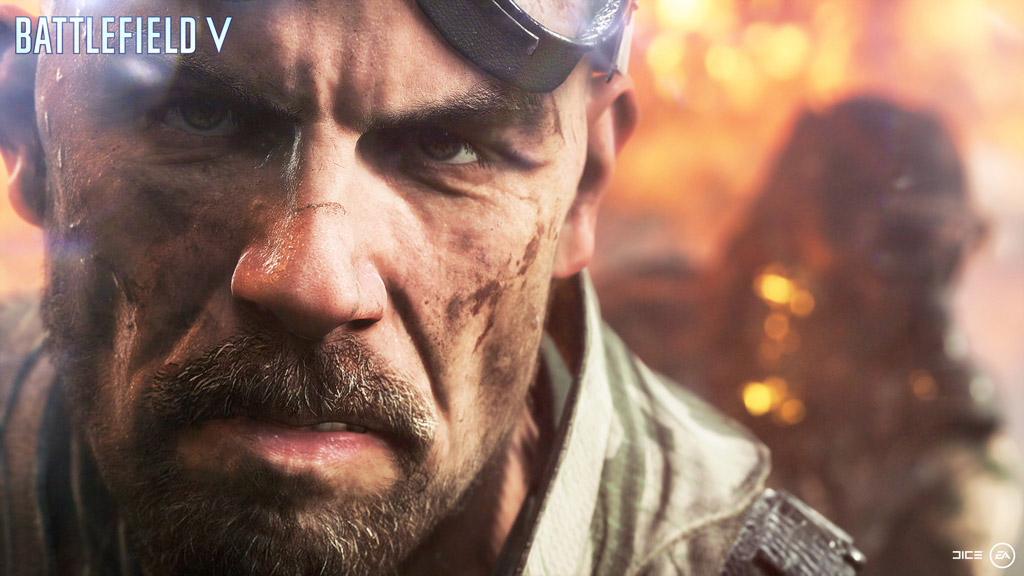 With Battlefield V launching in a couple of months time, I checked out the game’s latest beta event.

This year, the beta’s open for everybody on nearly every major gaming machine, from the PS4 to the Xbox One to the PC. Held from September 3 to 11, it featured a smattering of maps and modes from the retail release.

The beta has three modes; Airborne, Breakthrough and Conquest. Airborne has you paradropping into the map and attempting to fulfil the objectives; carrying bombs to the objectives and then arming them. Breakthrough has one team attacking objectives while the other defends and Conquest is standard Battlefield fare, where teams need to capture and hold various points while depleting the opposition’s ticket count. Two maps are playable in the beta; Narvik and Rotterdam. Narvik is an icy horizontal map, with a beach, bridges and some mountains thrown in for good measure. Rotterdam on the other hand is an urban location, with multi-storied buildings and even a railway bridge that nearly bisects the whole map. It’s filled with long sightlines, making snipers here invaluable. Weirdly, despite nearly everything being destructible, you’re still corralled down some alleys and streets as some buildings have doors that can’t be destroyed or opened. It’s a bit jarring when some buildings can be blown down to their very foundations, and yet just down the road there’s a door blocking your path that nothing can take down.

The first thing that hits you if you’re a Battlefield veteran is how context sensitive everything now is. I’m used to playing support and a medic and running with my syringe or defibs out in past games. Now, if you need to heal or revive somebody, you just run up to them and hold X to automatically do your duty.

The game also now has a fish eye lens effect applied to its camera, which is honestly rather weird and disruptive.  It’s especially jarring if you opt to widen the field of view. I just wish there was an option to remove this and view things normally. You’ll get used to it after a while but even after hours of play, I’d go back to a normal type of view in a snap if given the choice.

Now there’s a short cinematic that plays as you inspect your downed buddy and then giving them a hand up, though I feel that it takes too damn long. You’re entirely vulnerable while you’re reviving which makes dashing in, reviving and then running out a thing of the past. There’s also a new Bleed Out mechanic which comes into effect when you’re downed, allowing you to hang on to a last few seconds of life in the hopes a friendly medic will come and heal you. However, you can opt to just die and respawn if you’ve no hope of revival.

The four classic classes are back in BF V; Assault, Recon, Support and Medic. You can buy new weapons and attachments via the funds you get from playing and completing Special Assignments. The beta only has a limited number of guns and optional parts though, which the retail version should hopefully add to. You can’t modify your gadgets too, they’re set with the classes you pick, though you do have multiple options for each of the gadget slots.

The Support class can now build fortifications, such as sandbags and even ammo and health refill outlets. These are predetermined by the map, so you can’t pick and choose what you want to build but it certainly does make the Support class more than a portable ammo resupply that it was in past games.

Capture points also now indicate how much of an enemy force is in the vicinity. It does so by a color bar under the point name, showing at a glance a rough estimate of the ratio between attackers and defenders. If the defenders outnumber the attackers, the point will hold. However, if it’s the opposite, the attackers will slowly capture the point, the speed of which will depend on how much of one side is capturing the point. Weirdly, the game seems a bit slower paced than Battlefield 1 or 4 and while the framerate is buttery smooth running on the Xbox One X, soldier movement (particularly when bounding over obstacles), seems a bit sluggish. Compared to other shooters like Black Ops 4 or even Battlefield 1, the animation seems a bit slower. There are also other graphical issues like shadows only popping in when you’re near stuff or slow loading textures (it even happens in the armory, when you’re viewing weapons) but since this is a beta, we’ll reserve judgement until the final game comes out later this year.

The server browser is back yet again and sorting through the servers has never been easier. However, there’s distinct lack of Asian servers, with the majority being those in the US and EU. This has been an issue since BF4 with only a handful of Hong Kong and Japanese official servers and it seems to be carried on here as well. It’s a problem trying to join a low latency match during peak hours since the few servers in the region are always full. Whether more official servers will be added at launch is iffy, but here’s hoping.

Gunplay is just as lethal as ever though the lack of futuristic weapons like drones or helicopters severely limit your offensive options. I honestly miss BF4 with its modern weaponry, especially when compared to the ancient guns found in BF 1 and now, BF V. Killcams aren’t in the game, which is good (or bad), depending on how you like camping or playing as the Recon class.

Overall the beta was a pretty positive experience though there are certainly aspects which I hope will change in the final release. Plus, there’s still the campaign to look forward to and the fact that BF V will no longer have any Season Pass, which means everybody will be playing every released map together for the foreseeable future. Now THAT’s certainly something to look forward to.

Sal's just your average hardcore gamer. He started gaming on the NES in the 80s and has been ever playing since. Sal doesn't care about which platforms games are on, only that he wants to play them all!
Previous post Black Ops 4’s Blackout mode looks intense
Next post EA is undergoing criminal investigation for FIFA 18’s loot boxes