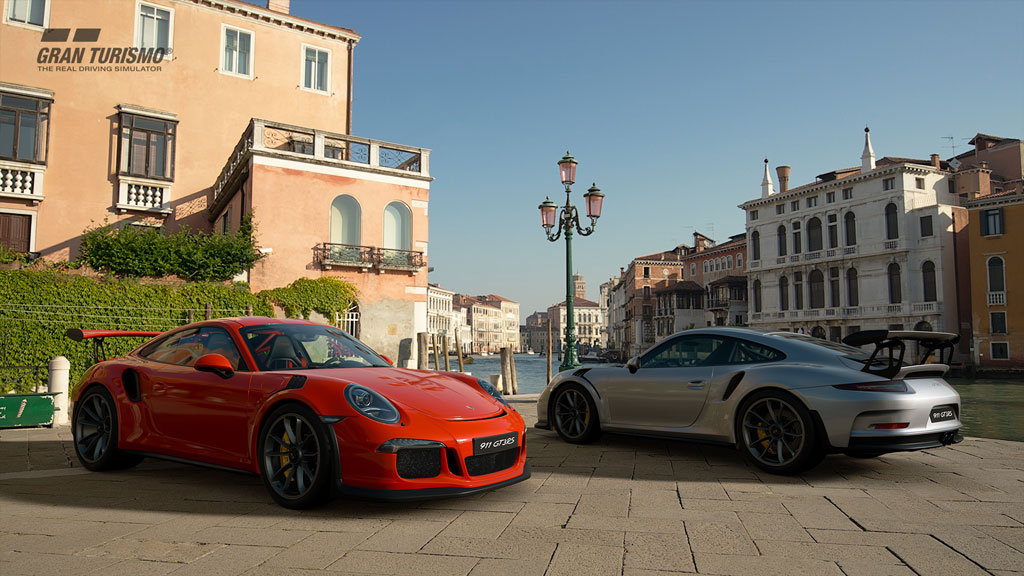 After constant delays, Gran Turismo Sport is finally here. Even though it is the successor to Gran Turismo 6, it is dramatically different from earlier Gran Turismo games before it.

Previous Gran Turismo titles have substandard audio, so I’m happy to report that audio is much improved in Gran Turismo Sport. Tires squeal to let you know you are on the limits of grip and cars sound more life-like and true to their real-life counterparts. Drive a heavily turbocharged car and you can hear the distinctive sounds of the turbo spooling and the flutter and whistle of the blow-off valve and wastegate.

Gran Turismo Sport might have fewer cars than its predecessors, but at least the selection is more focused. Do I think we could do with more Ferraris? Of course. And do I wish there was the McLaren P1 and Porsche 918 Spyder to drive? For sure. But at least gone are the days when you have multiple variants of the Supra and RX-7 that don’t drive all that differently.

Handling in Gran Turismo Sport feels realistic enough. One must be mindful of the usual things like weight transfer and taking too much speed into a corner. But the game seems to suffer from some inaccuracies. Understeer, for example, takes ages to correct even if you scrub off excess speed; and the sensation of body roll feels slightly exaggerated. Overall, I found Gran Turismo Sport to be more forgiving and less authentic than Project CARS 2.

There’s also a substantial change in the way Gran Turismo Sport is played. Campaign Mode has been thoroughly overhauled. It is no longer about completing races and amassing a collection of cars. Campaign Mode is now dedicated to solely making you a better driver – kind of like the Driving School in old Gran Turismo games. Here, you can learn the basics of driving and even the intricacies of each of Gran Turismo Sport’s race tracks – where to brake and which lines to take. This will help you prepare for the meat of the game, which is online racing.

Online racing takes center stage in Gran Turismo Sport and players can take part in numerous kinds of online races. There are one-off daily races that are suitable for casual players. For more committed players, there’s the FIA GT Nations Cup and FIA GT Manufacturer Series, which are like proper race series with multiple races taking place over several days.

To this end, Gran Turismo has a comprehensive match ranking system that looks at two aspects of your driving performance. There’s Driver Rating, which, according to Gran Turismo literature is “an indication of how ‘fast’ you are”. The other aspect is Sportsmanship Rating, which “indicates the level of ‘sportsmanlike behavior’ of the driver on the track”. Essentially, Gran Turismo Sport rewards driving cleanly and safely and penalizes you for driving dangerously. Weaving on the track to protect your position; deliberately ramming other drivers off the track, are examples that will penalize your Sportsmanship Rating.

Gran Turismo Sport is not without its shortcomings and the most glaring is that an Internet connection is necessary to play. If your Internet connection is down or if the Gran Turismo servers are down, then you can only play in Arcade Mode. It won’t so bad if it were only that, because Arcade Mode still lets you race against AI and take part in time trials, but the problem is that no progress can be saved. This means you lose all the credits and level progression you earn while playing offline. In other words, you are better off not playing. On the bright side, the Internet connection in Singapore is pretty stable, so this problem shouldn’t affect most of us.

Kenny bought a PlayStation 4 only to play FIFA and racing simulator games. He lives for the day that Forza Motorsport will be playable on the PlayStation.
Previous post Black Desert Mobile lets you create beautifully detailed characters too
Next post The ROG Masters 2017 APAC Regional was “unprecedented” in size and participation